Our fifth and final candidate for Downtown Denver’s Worst Parking Lot is Block 029-B in Upper Downtown. Here’s the aerial photo for this site: 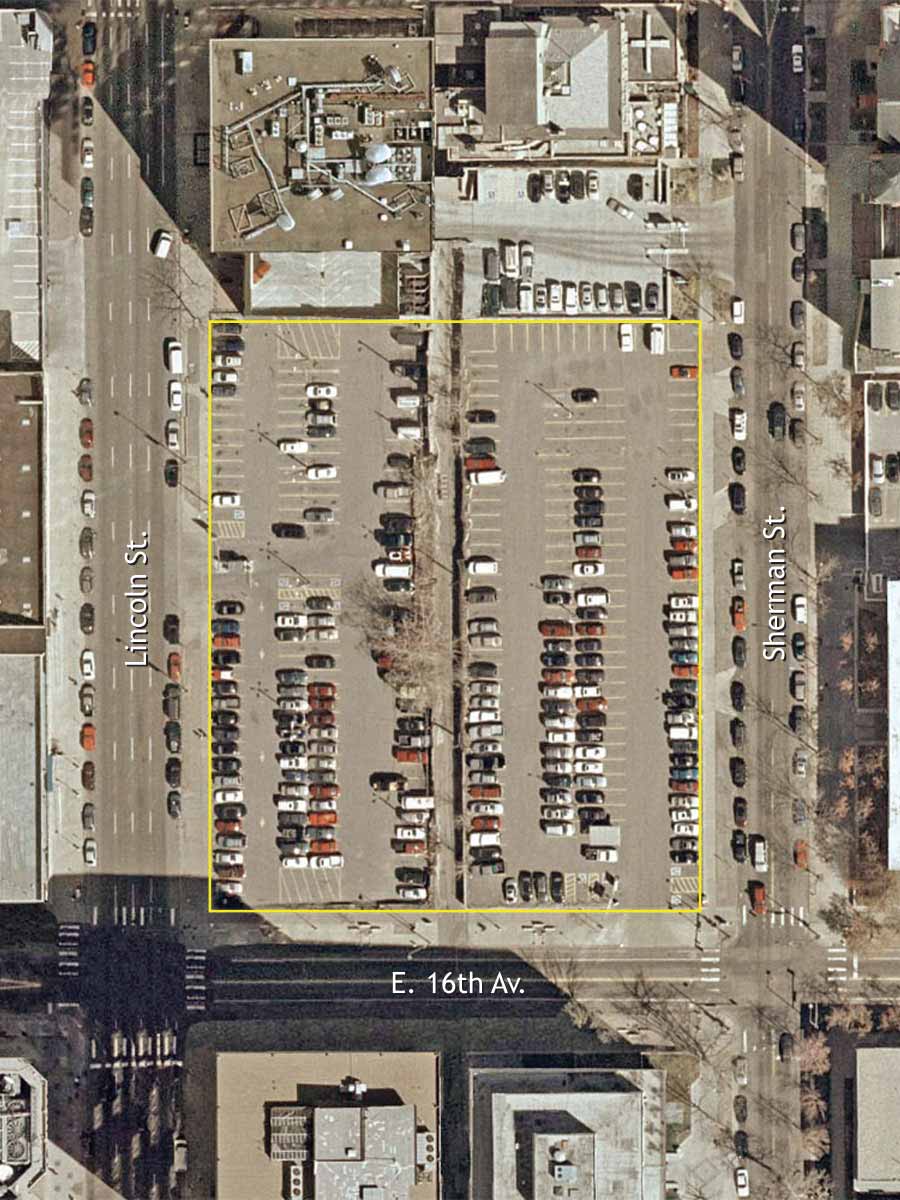 There are really two separate parking lots here, as there’s a significant grade change between the Lincoln and Sherman sides of the block with no access across the alley between the two. But, since both lots are basically under the same ownership and they are both in equally horrific condition, let’s just consider it as one big parking lot.

The parcel on the Lincoln side of the alley is owned by John & Payanes Dikeou Trust, and the parking lot is managed by Ruiz Parking. The parcel on the Sherman side of the block is owned by 16th & Sherman LLC which, according to the Colorado Secretary of State’s records, has a registered agent of Payanes Dikeou. The Sherman lot is managed by Time Park.

Here’s a composite of images of the surface parking on Block 029-B: 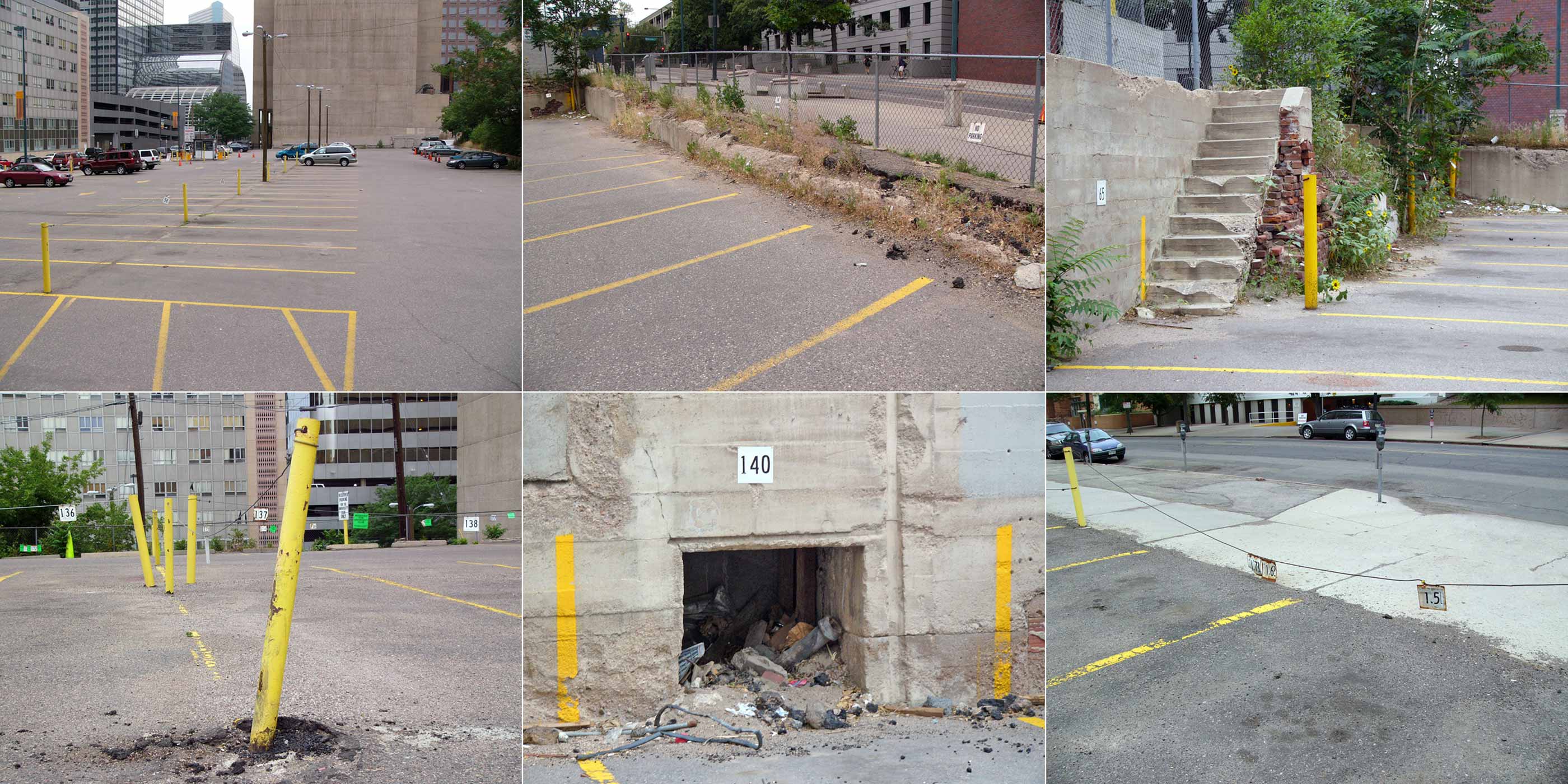 The Lincoln lot features the exposed foundations of buildings razed decades ago. It appears that during the demolition, just enough of the foundations was removed for the site to function as a parking lot. If it didn’t get in the way of parking cars–leave it! Thus, we have the “stairs to nowhere” and other skeletal remains of buildings long gone that serve as the retaining walls for this parking lot. Seeing the crumbled bricks and twisted metal debris from a demolition project decades ago, still lying essentially untouched since then, in the heart of Downtown–one block from the State Capitol!–is surreal. Image the incredible apathy, greed, or contempt (take your pick) required to maintain this site in its present condition for generations.

The lot on the Sherman side of the block isn’t any better. The degree of deterioration in the signage, lighting, poles, stop blocks, fences, etc. is truly alarming. Go see for yourself.

What’s even more alarming to me is that thousands of people drive to these five candidate lots (and dozens more like them) every day, pay their money, and tolerate the crumbled stop blocks with the twisted rebar, the potholes and loose chuncks of asphalt, the rusty poles and wires, the bent signs, the broken lights, the weeds, the litter… and apparently not give a damn about the whole situation, or feel like they are powerless to change conditions for the better. I do give a damn, and that’s what this parking lot contest is all about: to raise awareness of the issue and to promote change… change that will make Downtown Denver even better.

Up next: the vote!