I’m back! I hope you’ll forgive me for the dearth of posts lately, but the past six weeks have been crazy with a bunch of work and other professional events and trips one right after another, followed immediately by a 15-day vacation in Europe. My travels took me to Paris, Amsterdam, and a few other cities in the Netherlands. Of course, I can’t wander around cities like those (or any city for that matter) without viewing my surroundings through an urban planning and development prism. So as usual, I’ll share with you my observations (and a few photos) of these cities and maybe how Denver could improve from being a bit more like them.

Let’s start with Paris. Wow. Where to begin? What an incredible city! I can see why many people consider Paris to be the grandest city in the world. The combination of a built environment so perfectly suited to the pedestrian, public transit that can take you anywhere with ease, an intense and fine-grained mix of uses, a ubiquitous spirit of history and culture, and a mass of humanity energized by all of the above… is a combination that makes for an exceptional urban place. The French are known for their cooking. I’d say they have the recipe for a city down perfect.

For this Part 1 of my observations of Paris, I’ll focus on the organization of space. What struck me about Paris is that it’s a city scaled around two extremes: the monumental and the intimate. There are dozens of buildings in Paris that can only be described as monumental. In American cities, we typically achieve monumentality by going vertical (in the form of skyscrapers); in Paris they achieve monumental buildings by going horizontal. A 1000-foot-long building in the middle of the city? In the US, we may look negatively on such a building, saying that it creates a “superblock”. In Paris, it seems to work just fine. In part, it is because those monumental Parisian buildings are usually organized around monumental public spaces that not only give one room enough to comprehend and appreciate the monumental scale of the building, but also room for some relief from it. Fifty-acre parks and half-mile-long plazas sprinkled throughout the Parisian urban core create open spaces that are both a luxury and a necessity and the perfect complement to the city’s monumental buildings. 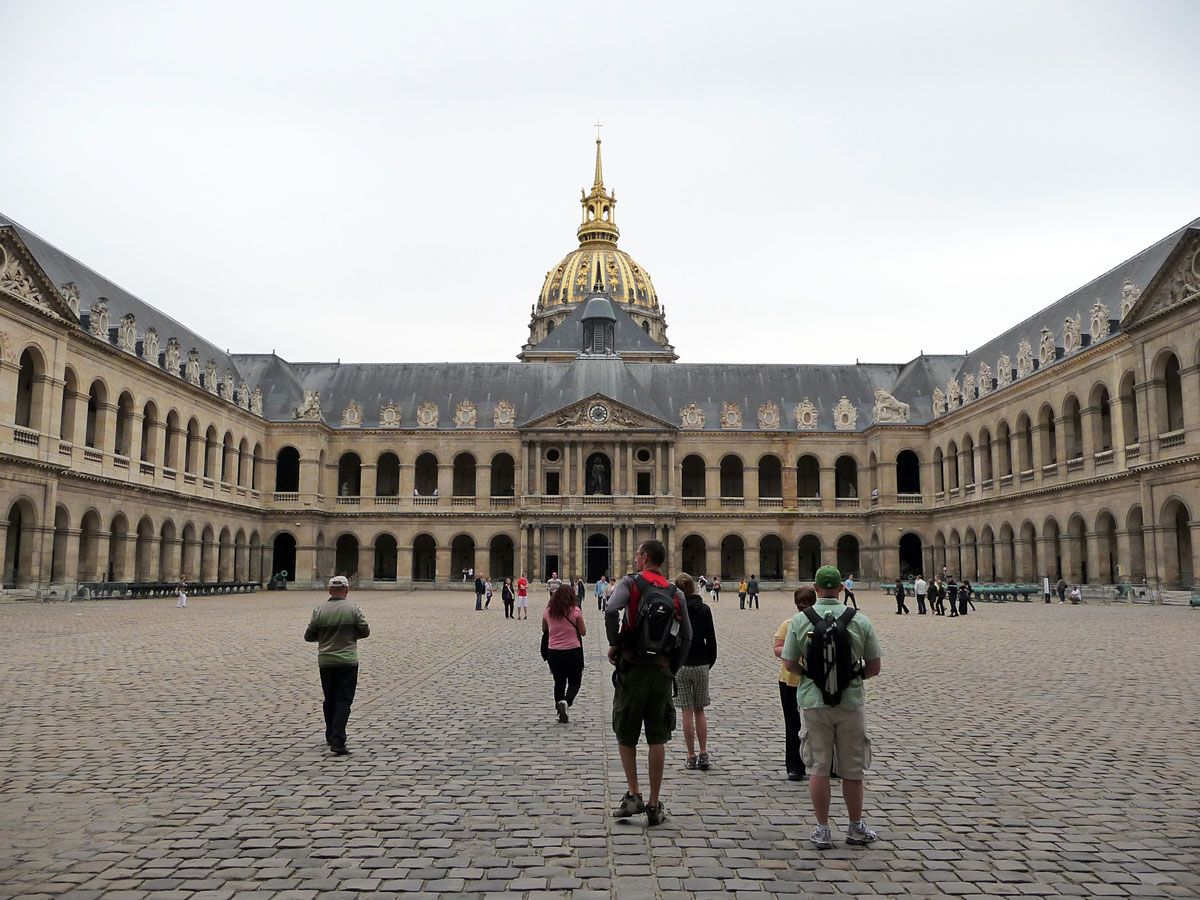 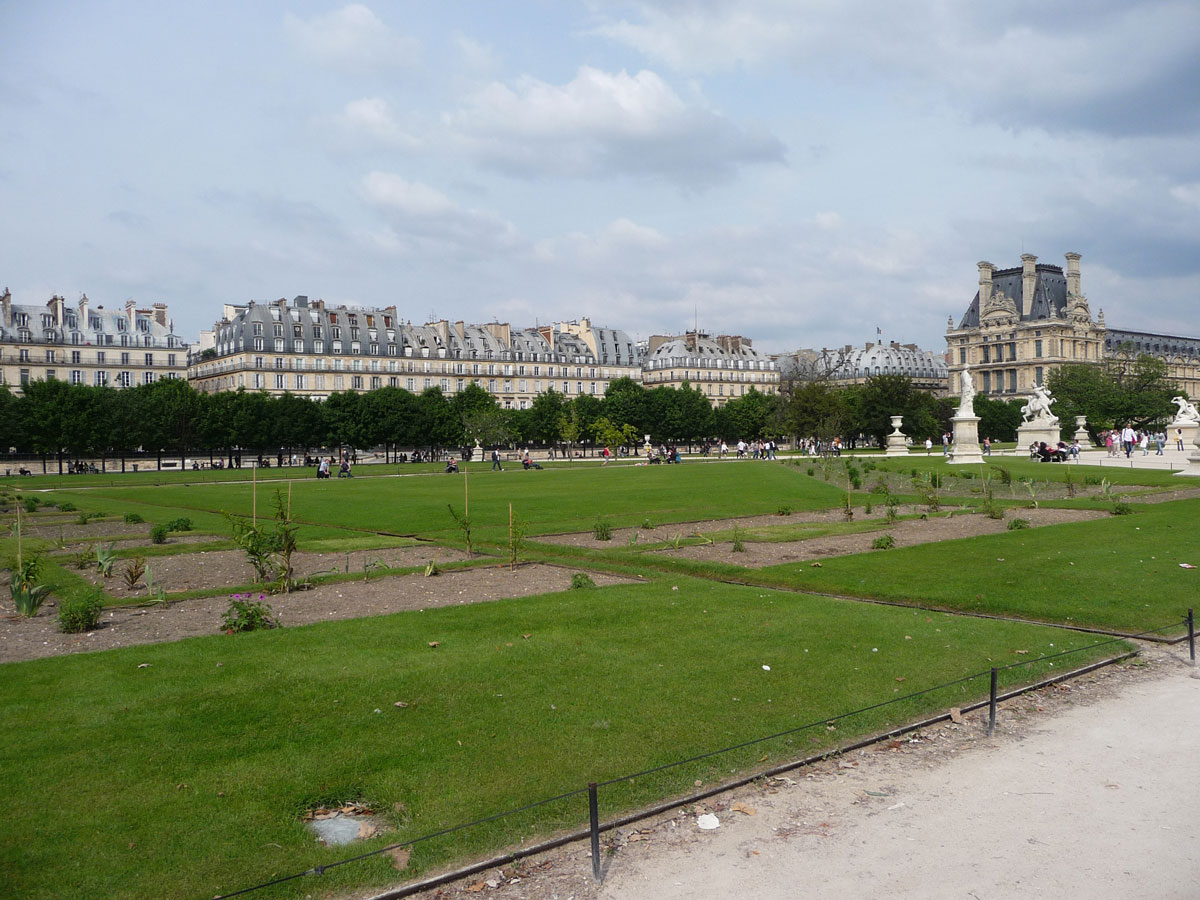 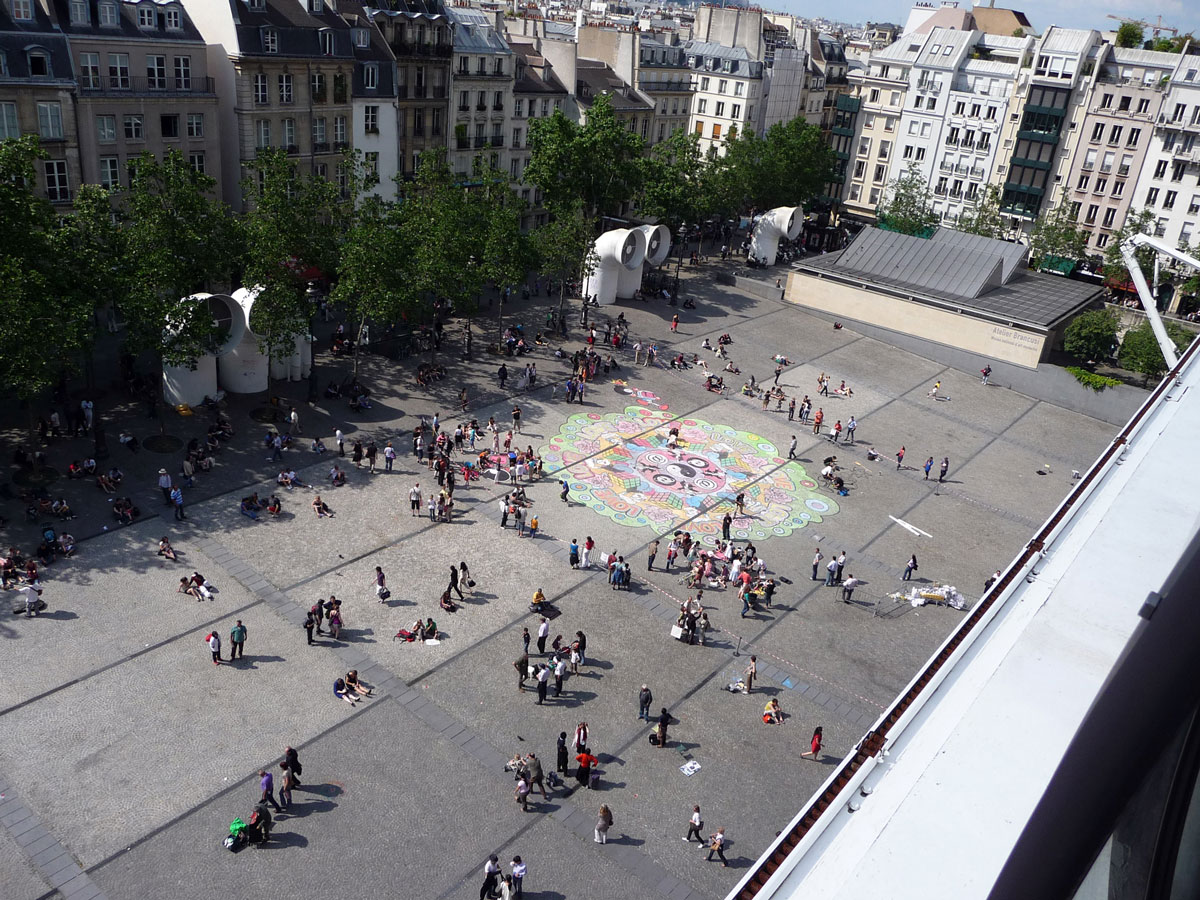 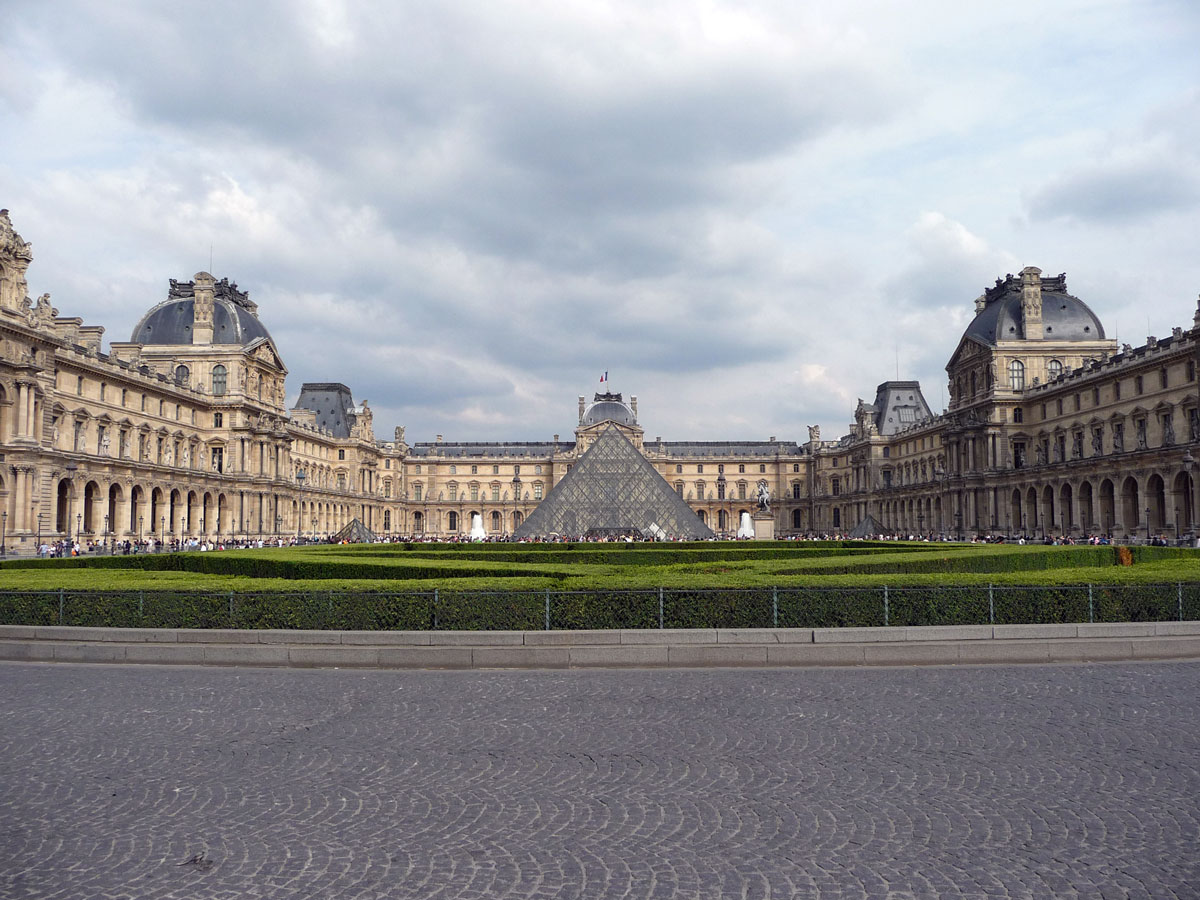 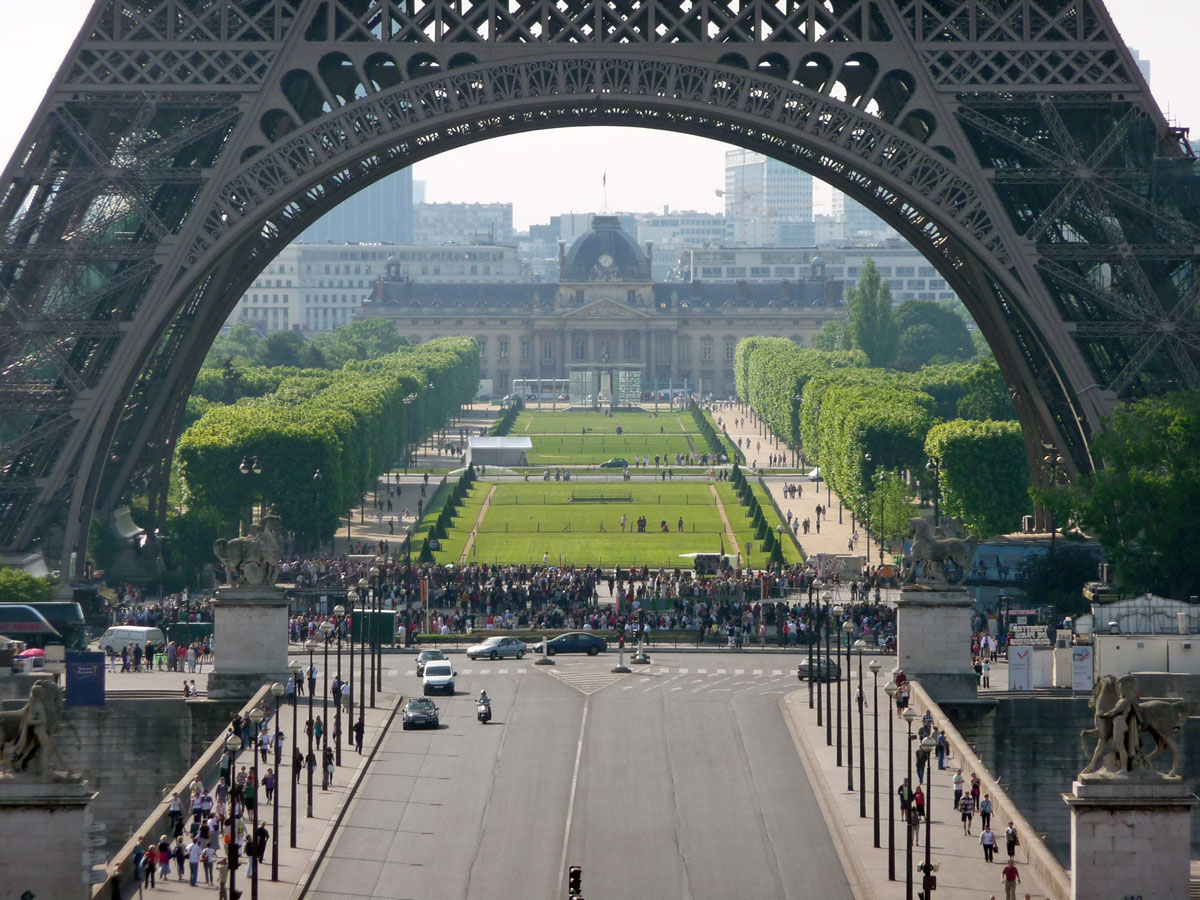 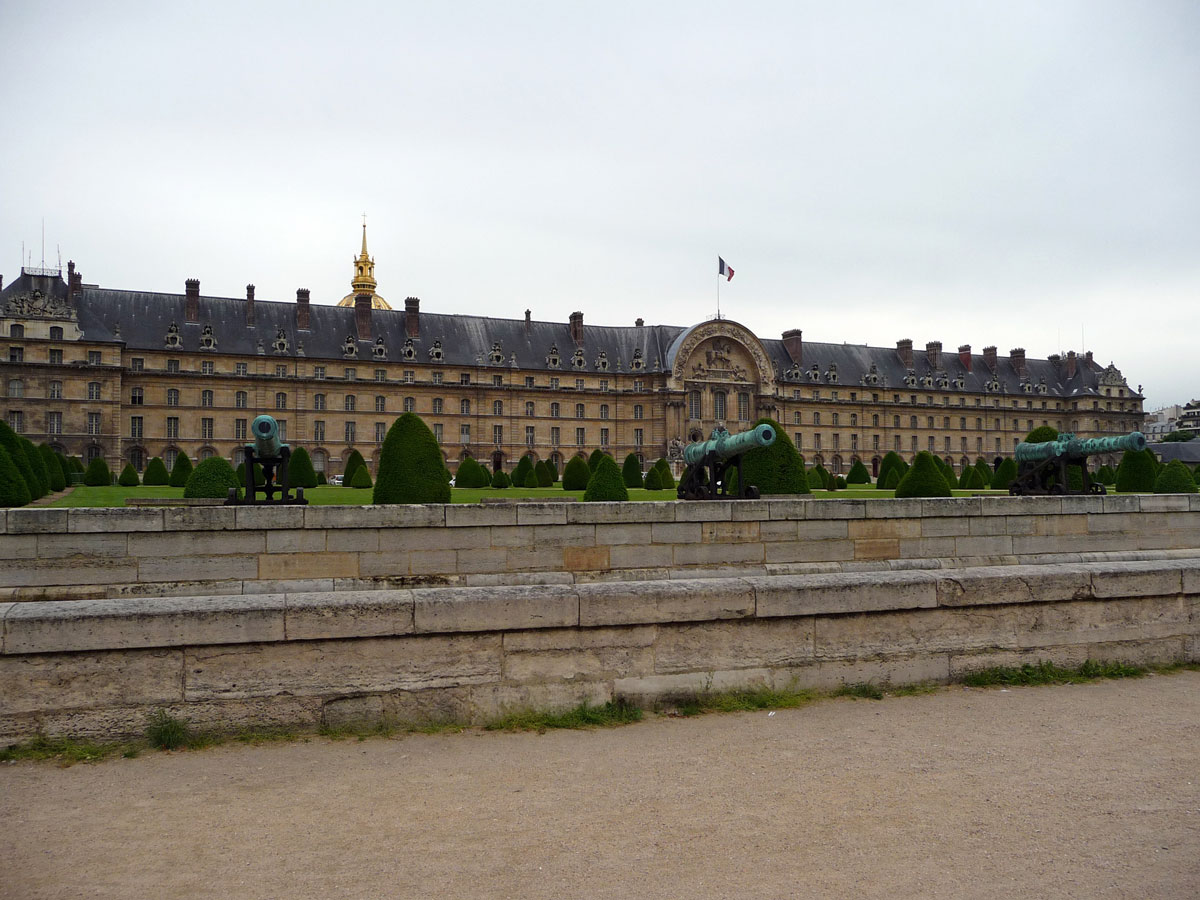 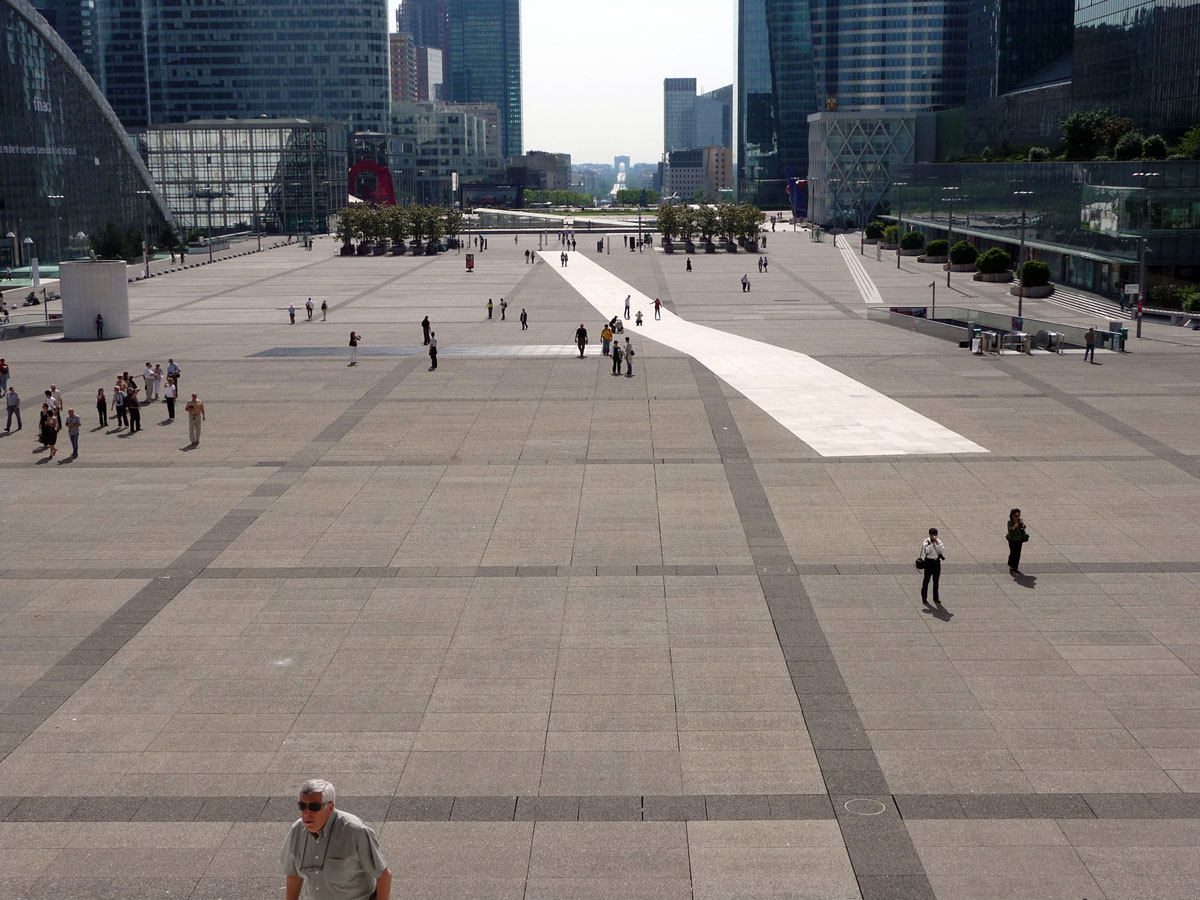 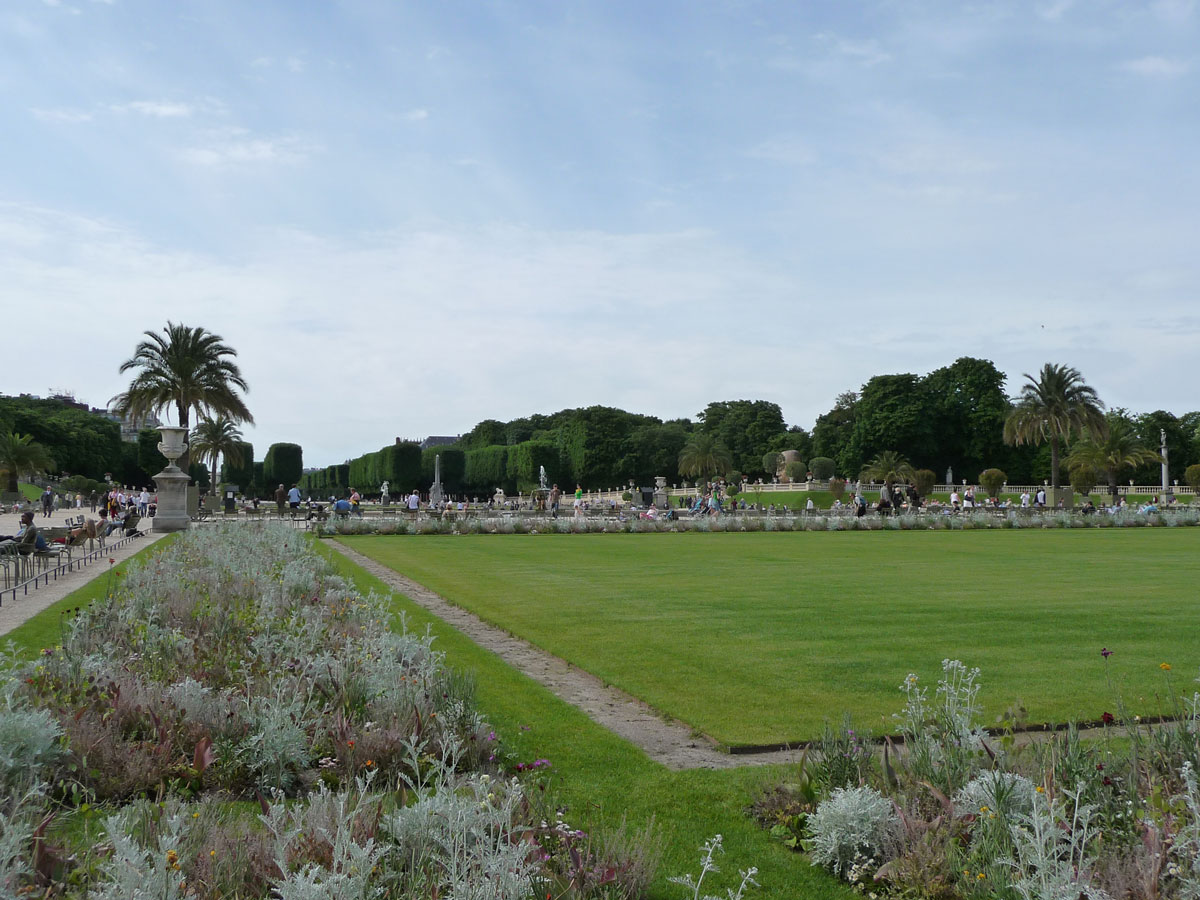 On the other side of the spatial coin are the city’s thousands of buildings and spaces that exist at an intimate scale. The typical Parisian building can’t be more than 20 or 30 feet wide, with each offering a cozy space internally and a unique facade and storefront externally. Stitch all those narrow buildings together and you get two things: solid blocks of buildings that form the walls that enclose the streets, sidewalks, parks, plazas, and courtyards of the public realm; and a street wall with a pattern and rhythm to it that is cohesive but distinct, predictable but interesting, and engageable only at a pedestrian pace. The narrowness of so many of the city’s streets make them intimate places too and, therefore, pleasant, even when sharing the space with a crush of cars, bicycles, busses, scooters, and humanity. It seems that every square inch of the public realm in Paris is used in a thoughtful way, resulting in thousands of intimate public spaces. Even the occasional wide spot in the sidewalk or the odd notch out of a building has been outfitted with a tree or a bench or a fountain, making it a small but appreciated place for people to pause. 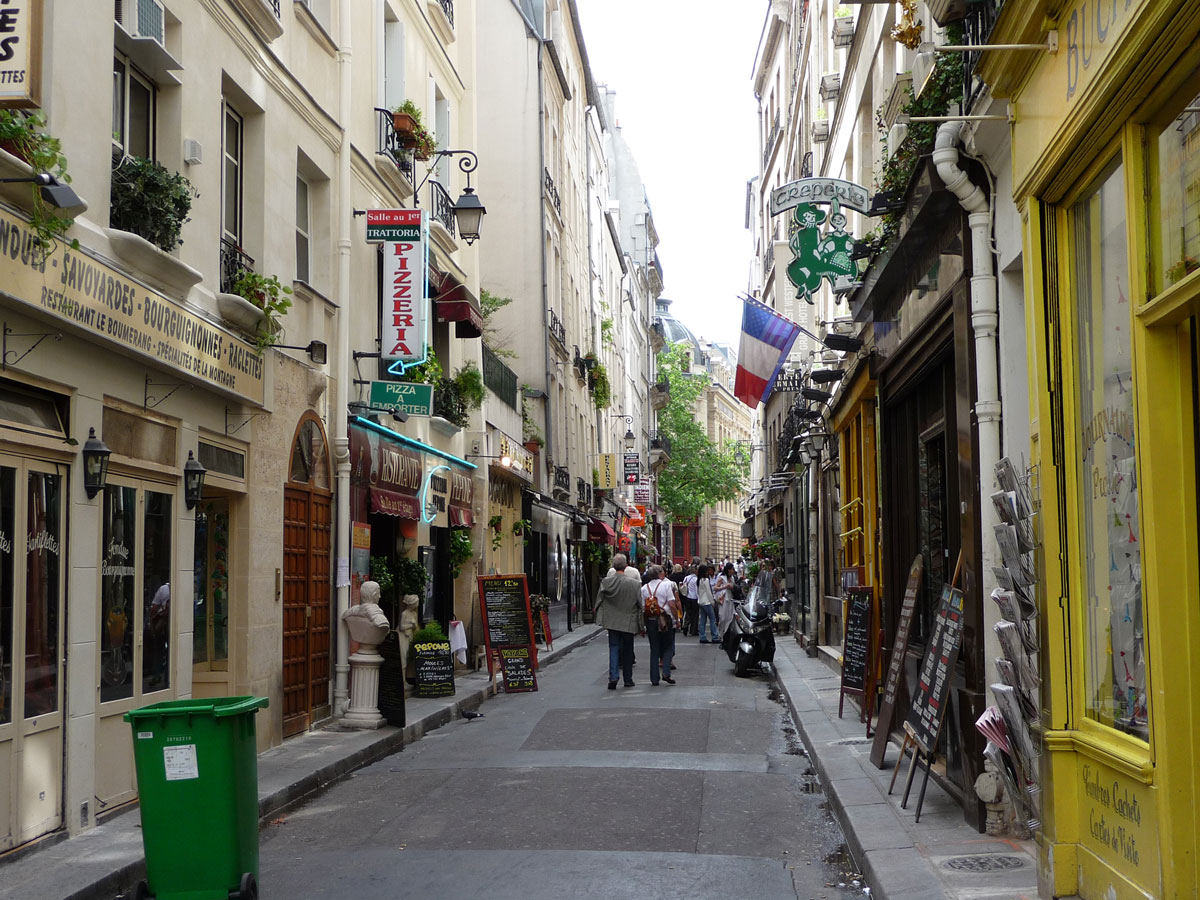 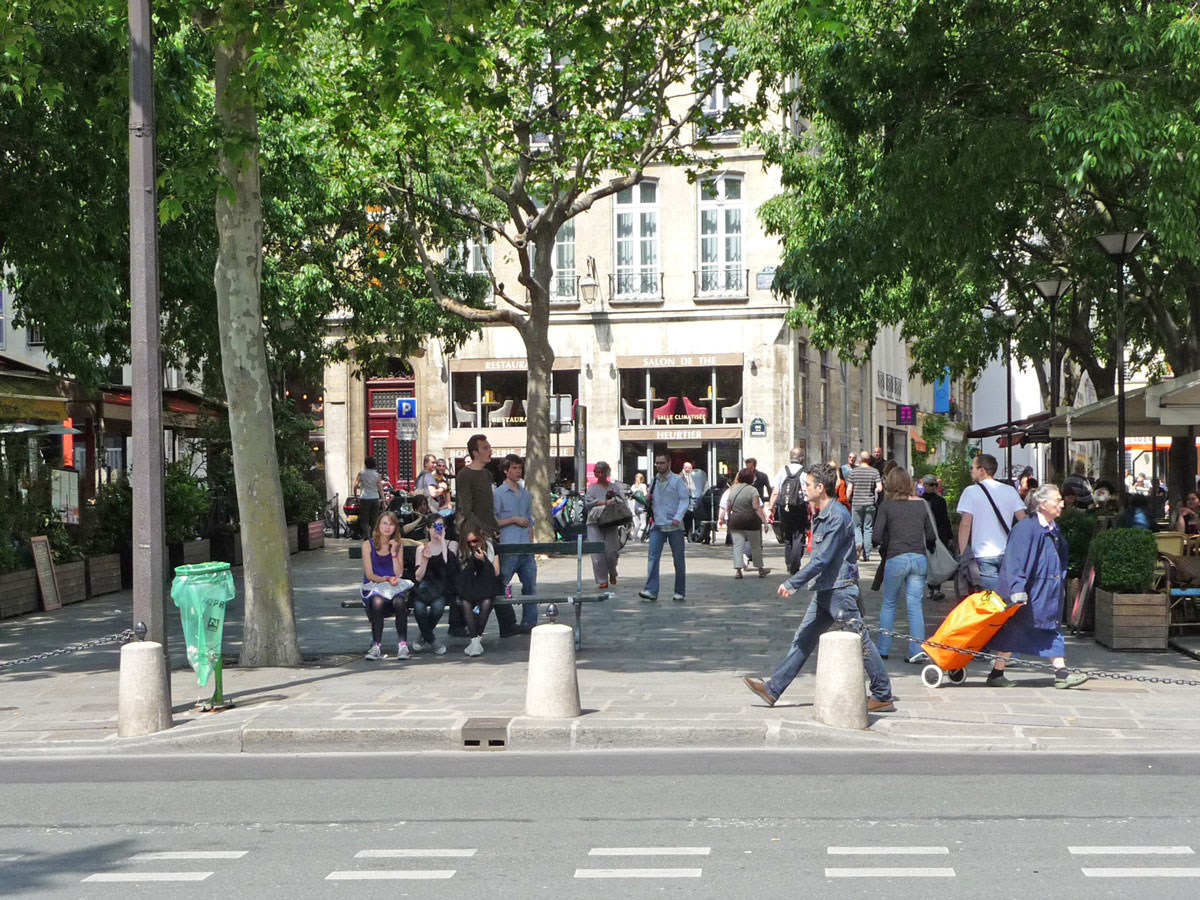 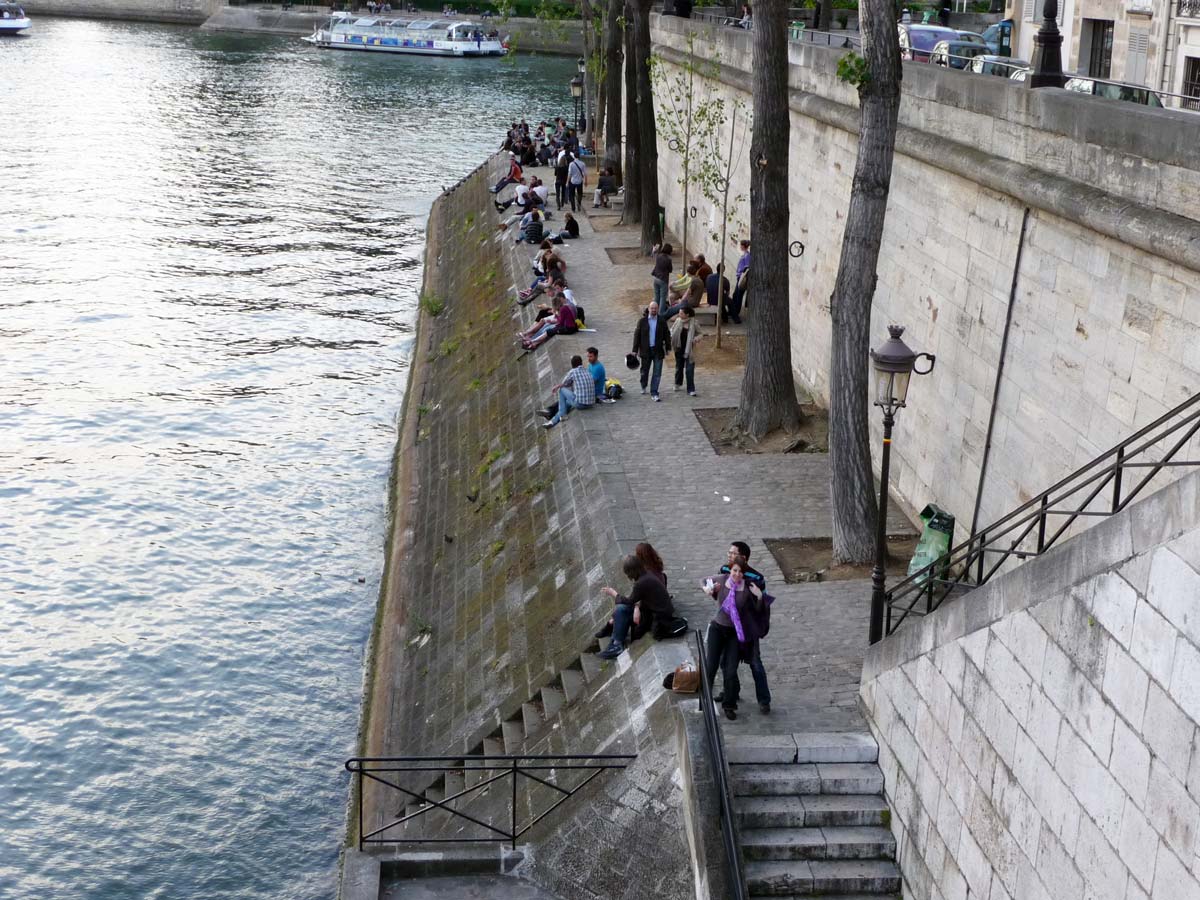 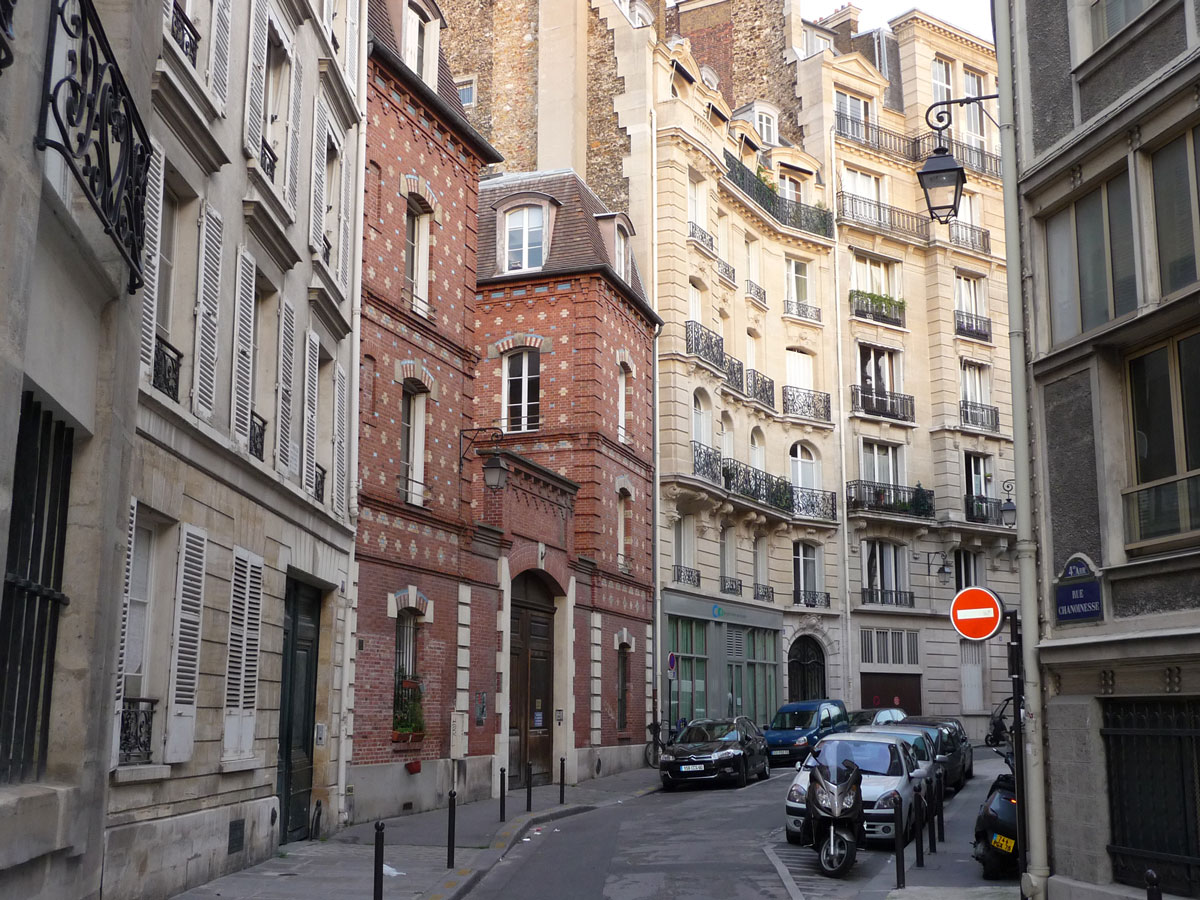 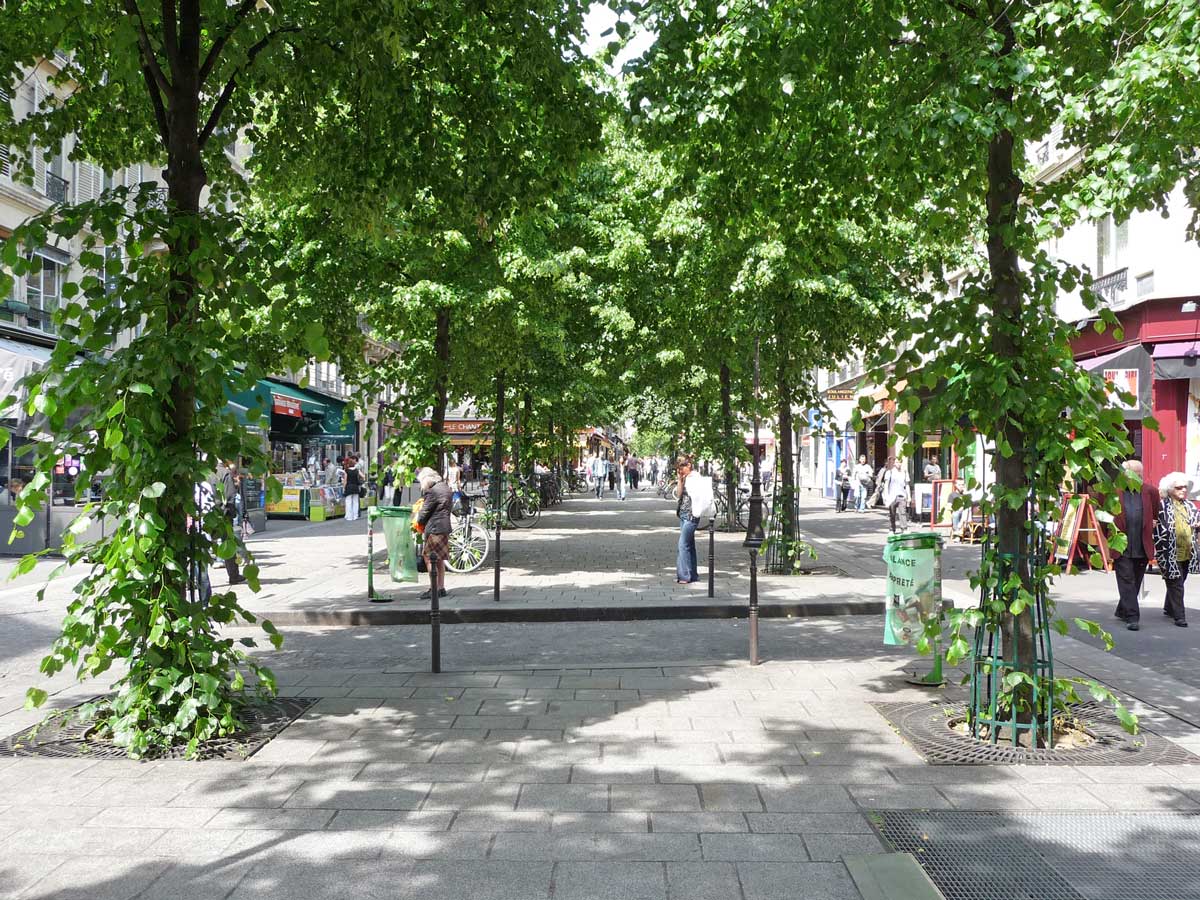 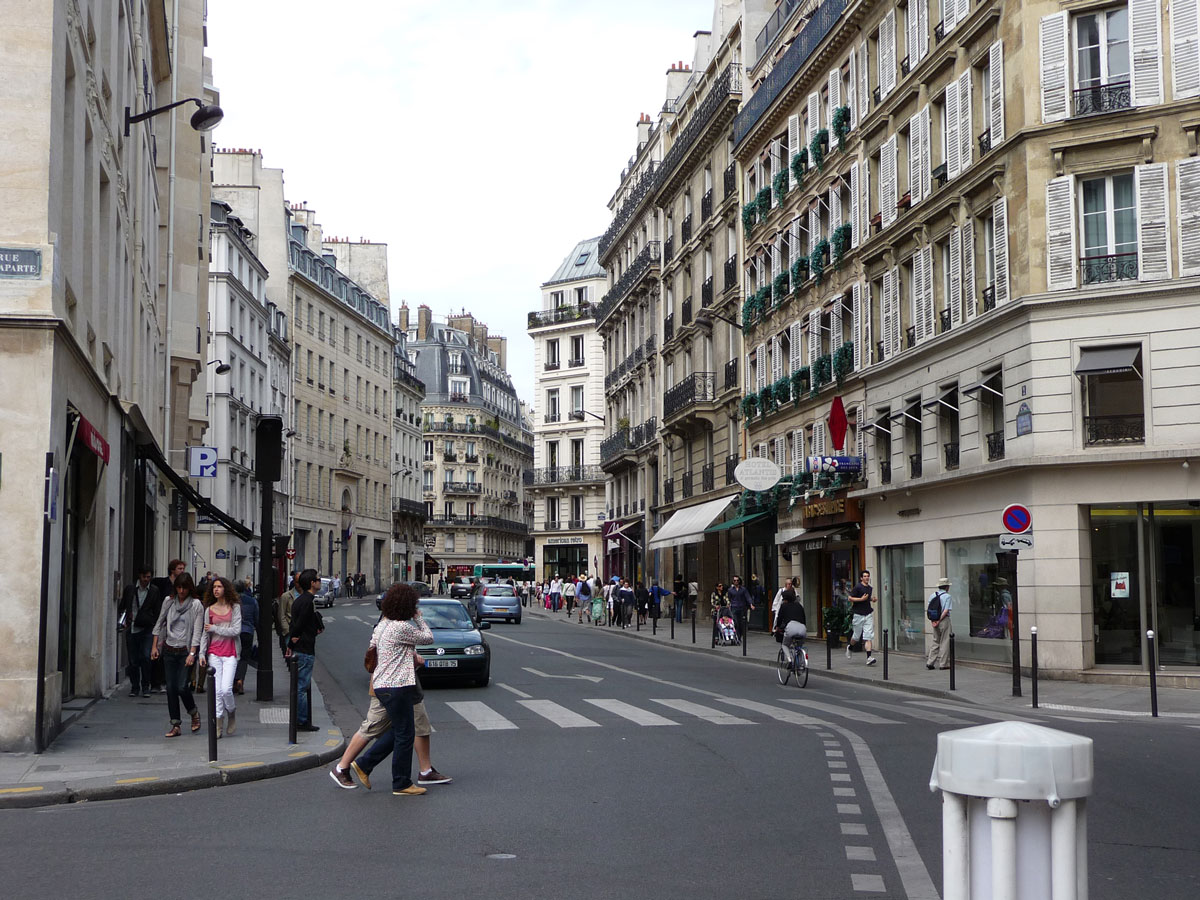 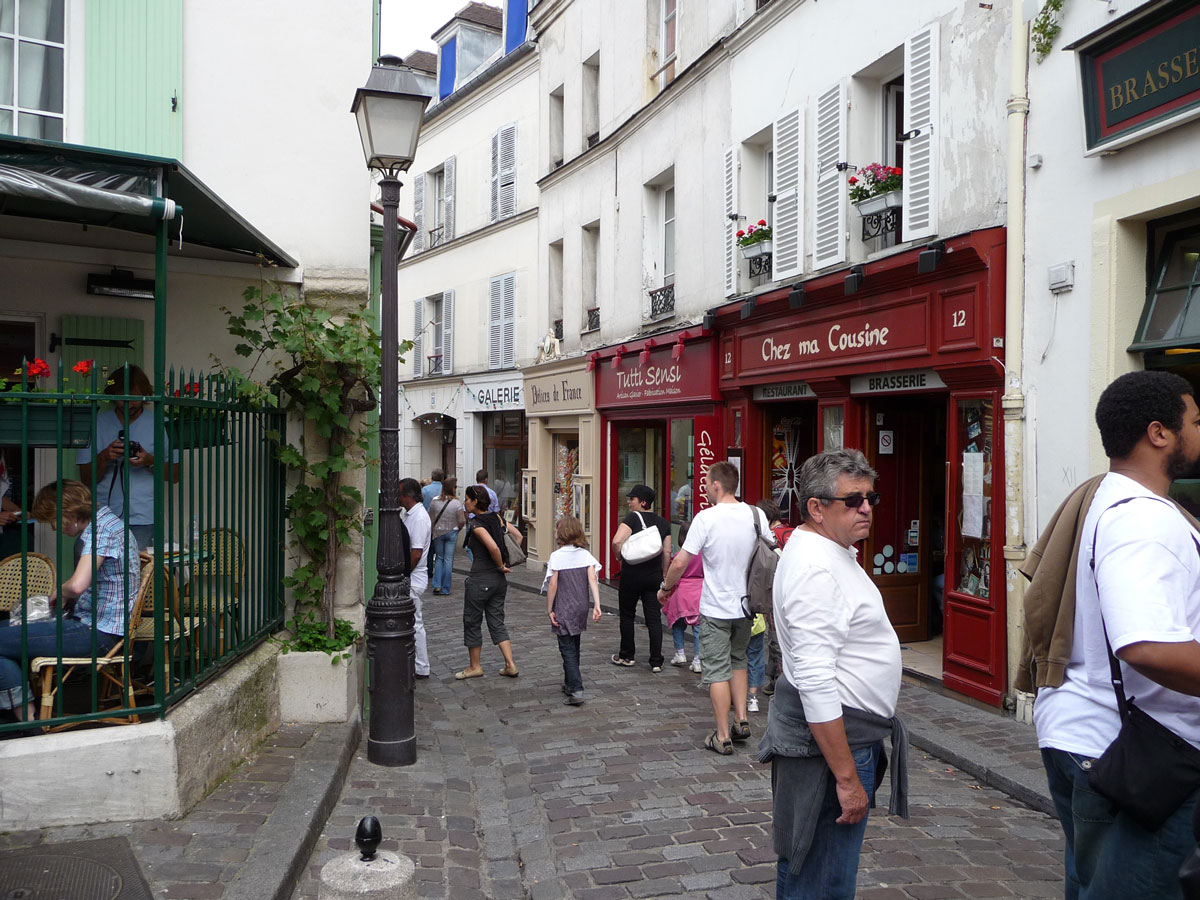 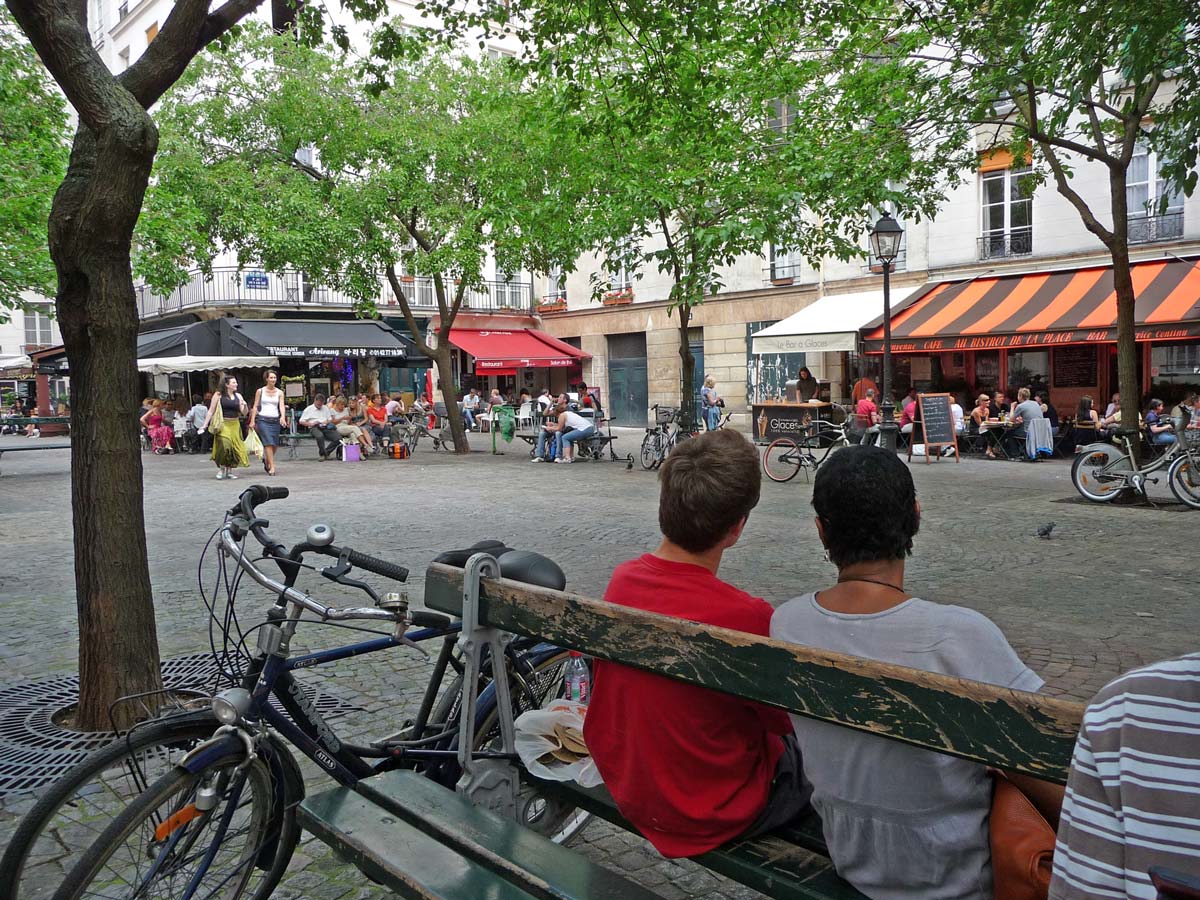 Finally, there is the ratio between these monumental spaces and these intimate spaces. Too many monumental places would make the city too difficult to traverse by foot, too open and exposed, too intimidating and impersonal. Too few monumental places would make the city too claustrophobic, too monotonous, too uninspiring. But, disperse within a tight fabric of intimate buildings and spaces just the right amount of spatial monumentality, and you get an exceptional urban environment. This is Paris.