Another aspect of the scale of cities that was illuminated to me by my recent trip to Paris is the issue of skyscrapers—or lack thereof—and the vitality of the city. One of the interesting debates that goes on in the comments to this blog, as well as in any urban/architecture/planning-type forum or website, is the matter of density and how it is best distributed across the urban core.

There are some people that want every new building in Downtown Denver to be the tallest it can be, even if it is at the expense of other new infill projects. One 50-story building, they say, is better than five 10-story buildings and certainly better than 10 five-story buildings. The appeal of skyscrapers is strong. As soaring works of engineering and (sometimes) art, they capture our imagination and represent a dramatic example of the prowess and progress of our species. For many people, the skyscraper is what it is all about.

There are other people, however, who believe that the best way to make a great urban environment is the “spread it around” alternative—in other words, assuming a sufficient supply of vacant land, 10 five-story buildings are preferable to a single 50-story skyscraper (as long as the ground floors are engaging, etc.). Philosophically, I support this view over the “skyscraper” approach, although I’ve certainly cheered virtually every new high-rise proposed in Denver. Generally I’m not about to openly denounce a 40-story building proposed for Downtown Denver if a developer is willing and able to build one.

But, in the end, it really comes down to this: What will give Downtown Denver the best urban environment? To me, it begins with a horizontal intensity of pedestrian-scaled, mixed-use buildings, supported by exceptional public transportation and a well-designed and maintained public realm. If we had a steady, sustainable demand here in Denver for the square footage of uses that require skyscraper development, I’d say let’s reach for the sky. But, in reality, the demand for that kind of density in Downtown Denver evolves at a relatively slow pace. Therefore, if the market demand supports the equivalent of only a few skyscrapers per decade, then I would prefer that that demand be met through multiple mid-rise buildings instead. We have hundreds of vacant parcels and surface parking lots in our urban core. If we hold out (as many property owners do) for a skyscraper on every vacant lot, then it will take decades—many of them—before our undeveloped Downtown land is replaced with vibrant urban uses. In the meantime, the remaining vacant parcels perpetuate a stagnant, anti-urban influence to the detriment of Downtown. I prefer that we achieve a great street-level urban environment sooner rather than later by replacing as many empty lots as possible, and worry about adding a “new tallest” to our skyline in the future. I’ll take five 10-story buildings over a single 50-story building any day.

Paris is the perfect example of this approach. About three million people live within a three-mile radius of Notre Dame with hardly a skyscraper in sight; yet, the environment is intensely urban and as thriving as can be imagined. That would be like putting the entire population of the Denver-Aurora-Boulder CSA inside the area bounded by Sheridan Boulevard, Colorado Boulevard, Interstate 70, and Mississippi Avenue, with virtually no high-rises.

As you know, this is the typical density of Paris: 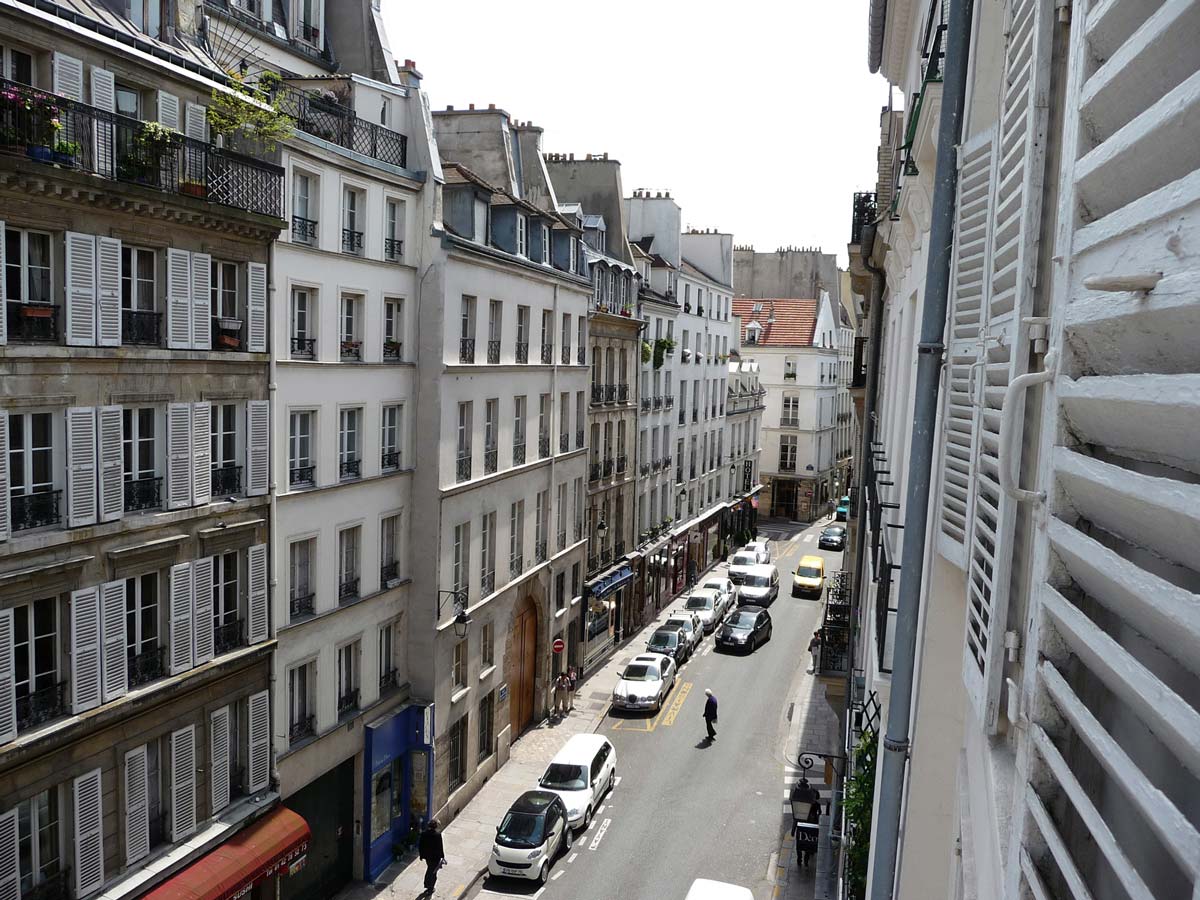 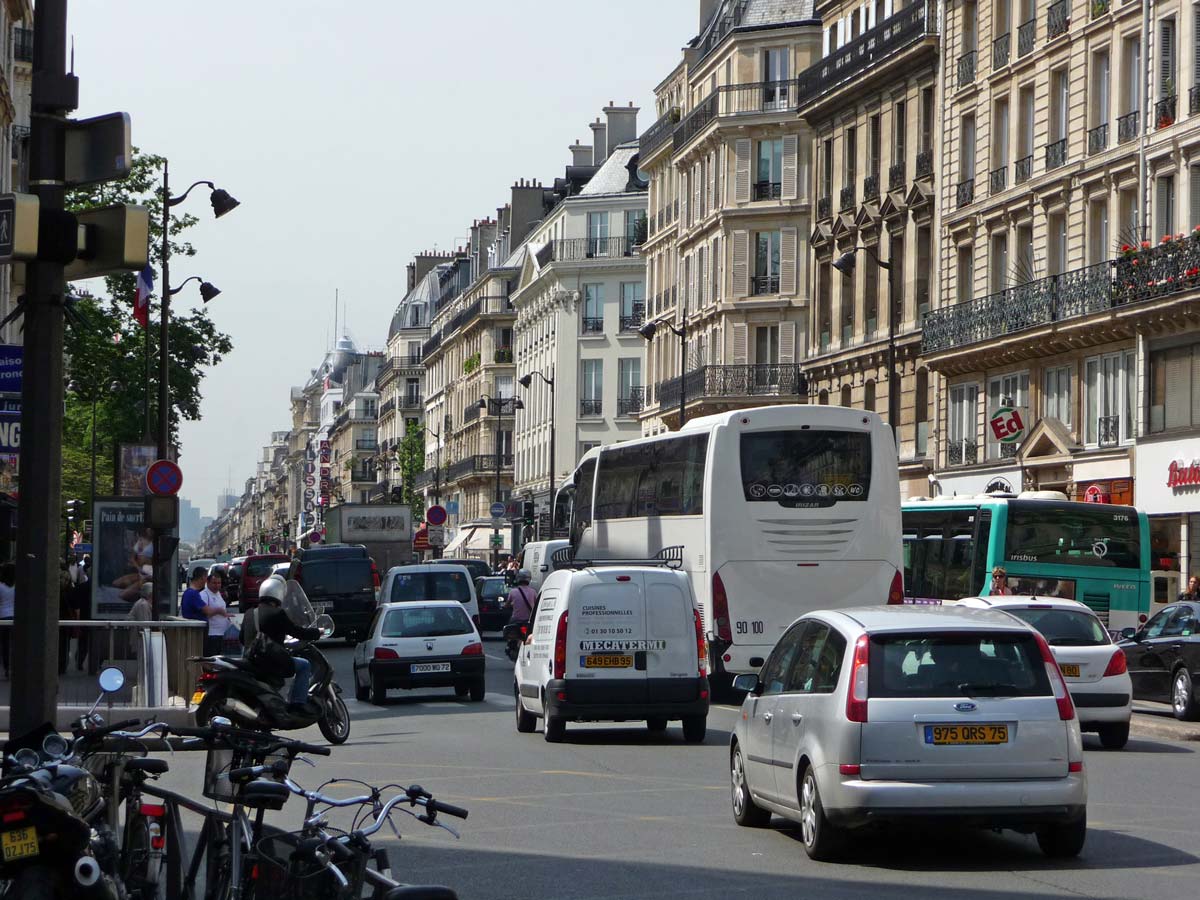 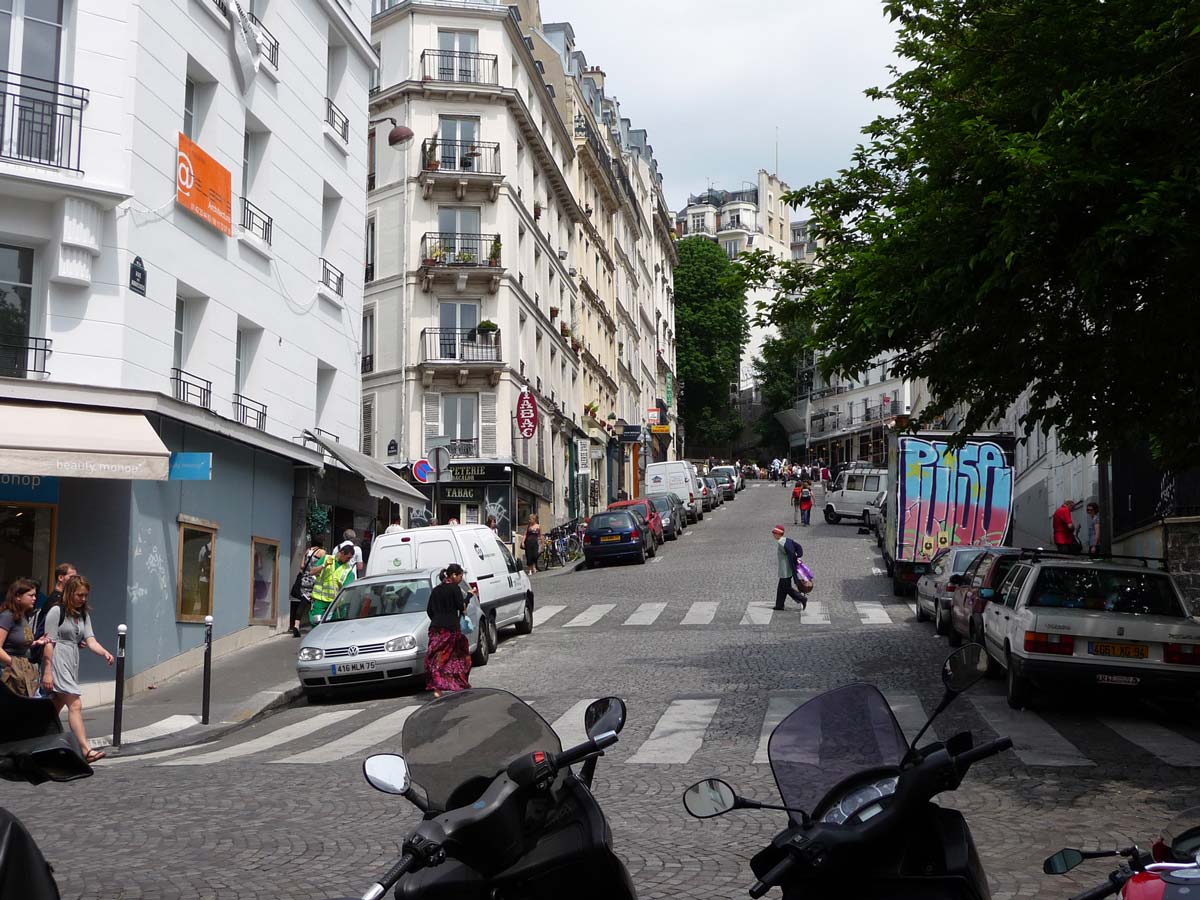 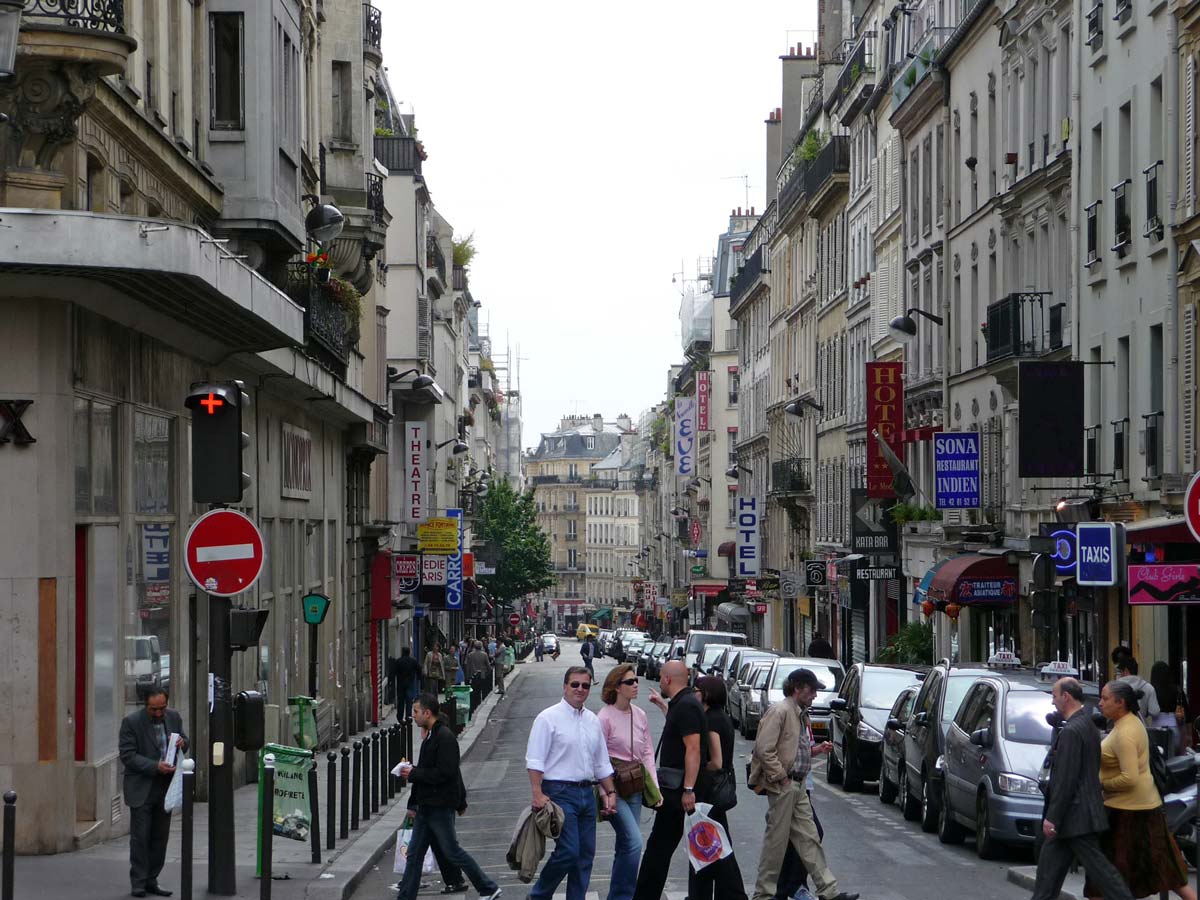 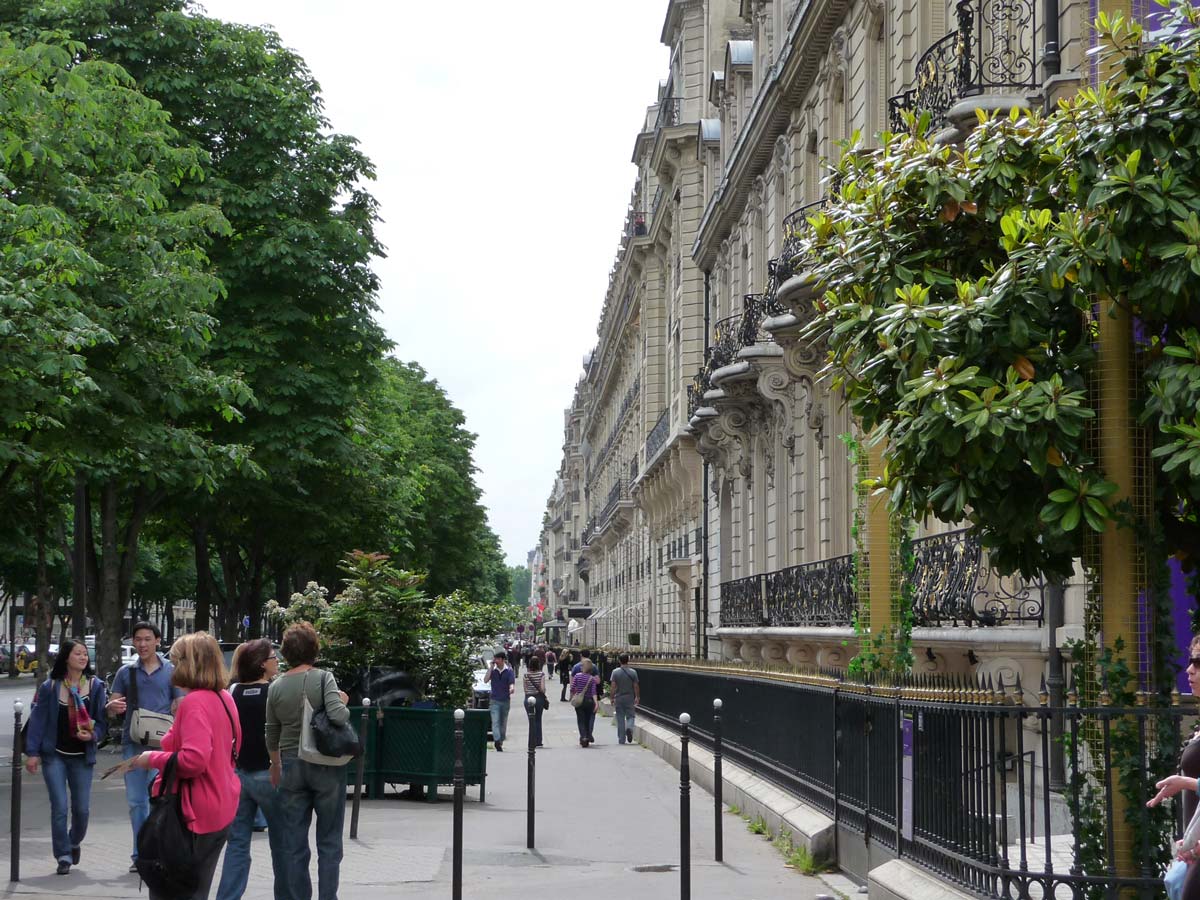 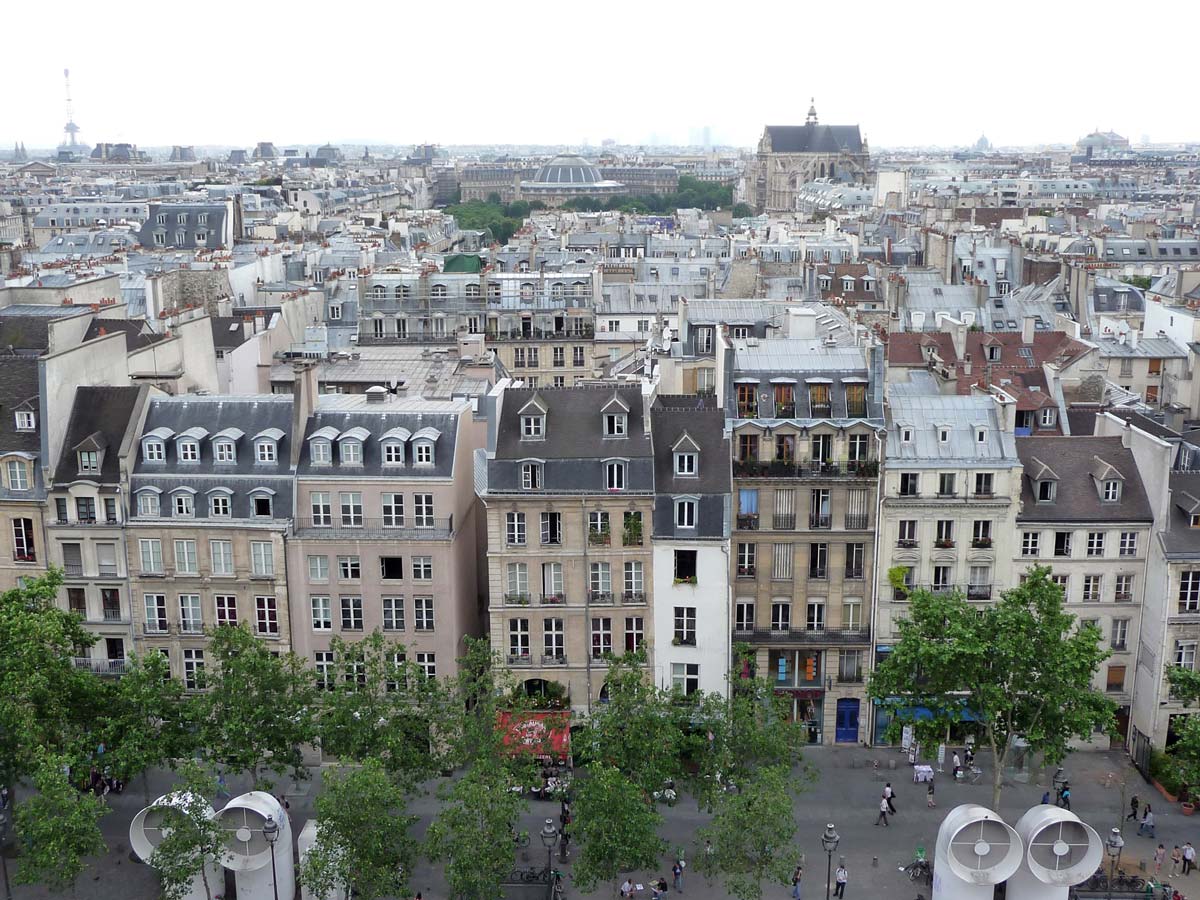 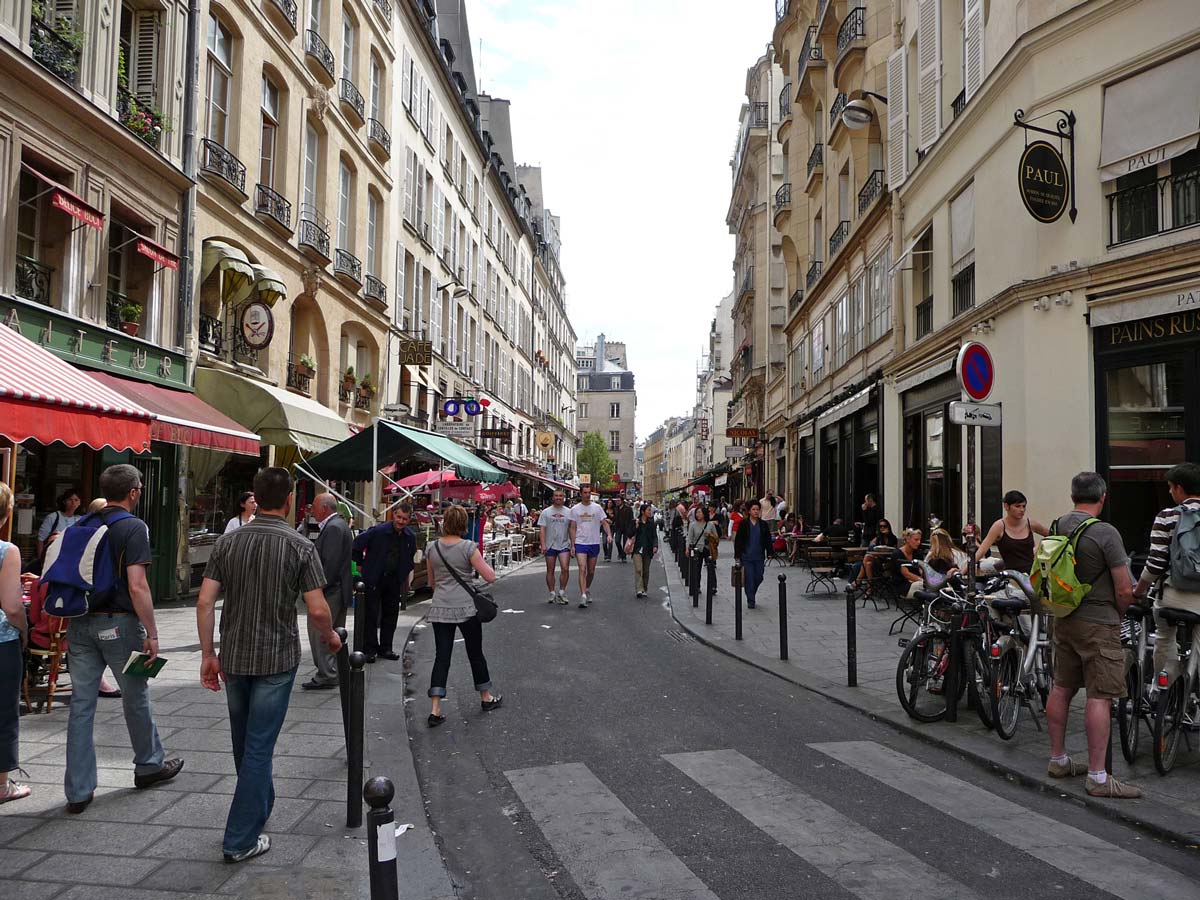 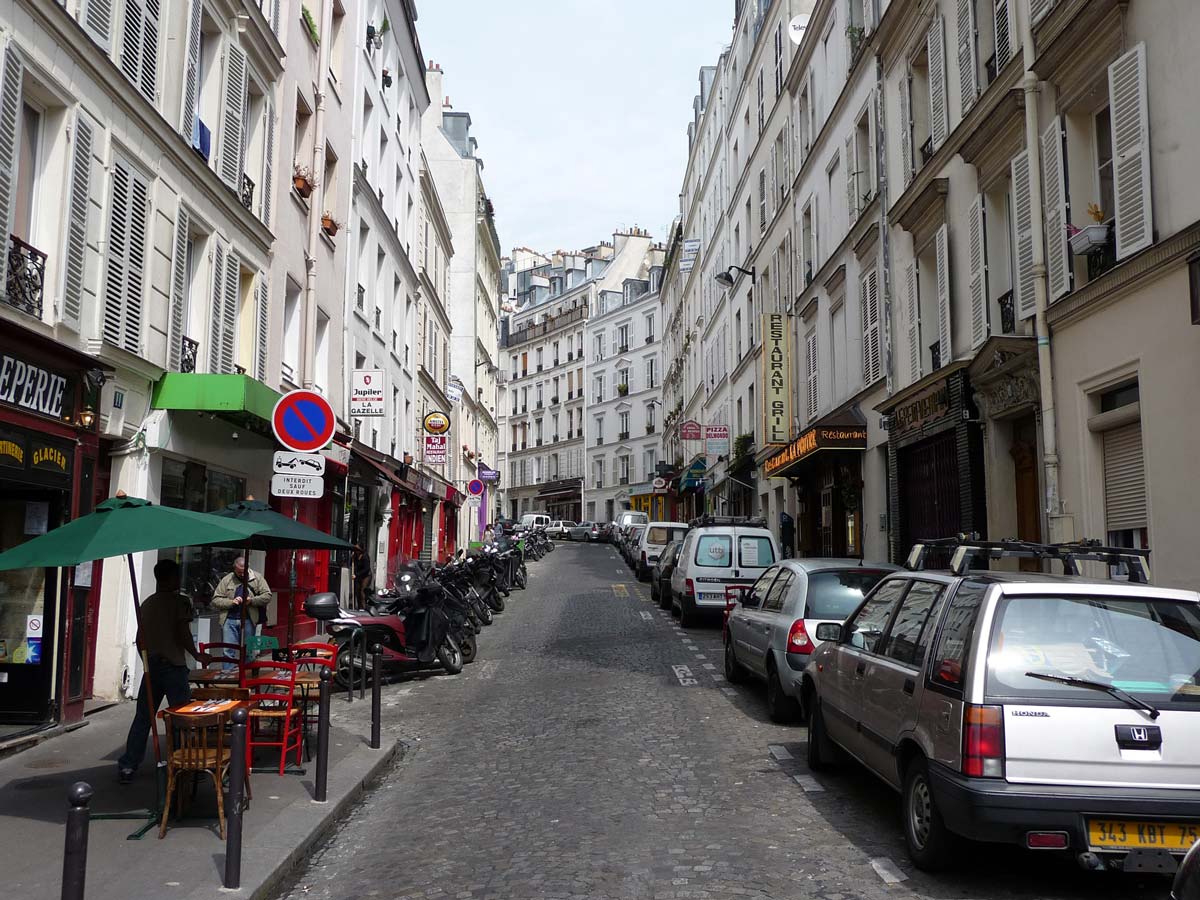 How do we achieve this in Denver’s urban core? One approach would be to downzone the urban core. Yes, I said the “d” word. If dozens of vacant or underdeveloped parcels in Downtown Denver currently have zoning on them that allows for 50-story (or higher) towers, then few property owners will want to sell their vacant land for a price that is anything less than a value commensurate to the development of a 50-story project. That’s one reason why we have so many holdouts: landowners who are waiting for the once-in-a-lifetime opportunity to strike it rich by selling their crappy parking lot to Donald Trump for his next mega-tower. Meanwhile, generations go by while Downtown Denver suffers all those crappy parking lots. A reasonable downzoning in conjunction with a Transfer of Development Rights (TDR) program would ensure that the property owners don’t lose the economic value of their land under the existing zoning, while providing parcels to the market at land values that actually pencil out for mid-rise projects.

Another approach would be to change our property tax structure for Downtown Denver. Currently, property in Denver is taxed on the value of the land and improvements (i.e. buildings) with the emphasis on the improvements. But a surface parking lot? Not much “improvement” value there. Consequently, relatively low property taxes on vacant parcels discourage their development. But, if we adopted a Land Value Tax approach for Downtown Denver, we’d incentivize property owners to develop their land or sell it to someone who would, and discourage land-banking and speculation. The Land Value Tax approach has worked well in the cities that have tried it, such as Harrisburg, Pennsylvania, where significant infill development has occurred in their downtown since implementing the LVT.

Skyscrapers are cool, but I would prefer Downtown Denver to become more like Paris than New York City. Maybe once we’ve covered 100% of our urban core with buildings and bustling streets, we can justify taking it to the next level. But for now, the best thing we can do for Denver is to achieve Mayor Speer’s vision of a “Paris on the Platte”.