Buyer for Historic Hangar 61 in Stapleton 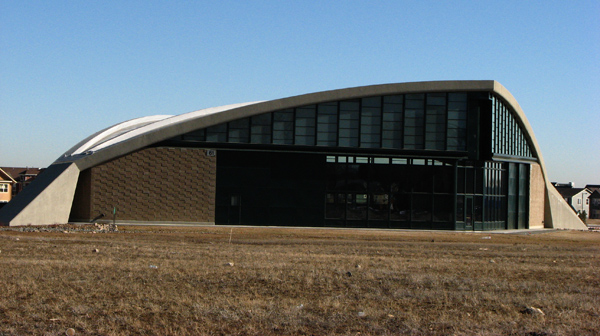 It seems that a buyer may have been found for what is certainly the coolest remaining historic structure on the Stapleton redevelopment.

The Stapleton Fellowship Church has posted a blog announcing that its members have voted to move ahead with the purchase of the Hangar 61 building. According to the website, the Christian congregation has been eyeballing the the 9,000-square-foot structure, hyperbolic spaceship-looking shell of concrete and glass at 8800 East 21st Avenue more since December. Currently the church holds services a few hundred yards away at the Denver School of Science and Technology.

There is little that Hangar 61 is better suited for than an event space, with its streamlined roof arching like a clamshell toward an expansive wall of windows.  It’s hard to imagine that the building was ever intended as an airplane hanger. It’s even more impressive considering how deteriorated the structure was before state and local preservationists stepped in to save it. 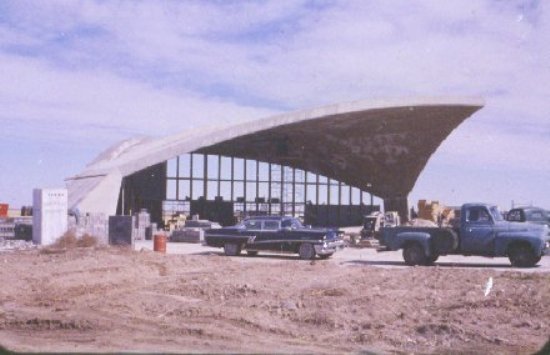 In 2004, I remember sitting in on a meeting of the Denver Planning Board for a reason I can no longer remember. The subject of Hangar 61 came up on the agenda and this guy named David Walter stepped up to the microphone and started talking about why the building needed to be saved from demolition during the crusade to convert the old Stapleton Airport into an upscale, mixed-use dreamscape.  Walter is a local artist who co-founded Ironton Studios and Gallery. Walter described how Hangar 61 was built in 1959 by the Boettcher family-owned Ideal Cement Company to house its Fairchild F-27 turbo-prop airliner. The unique structure was designed by Fisher, Fisher, and Davis, and engineered by renowned concrete-shell engineer Milo Ketchum. Plus it just looked cool.

But it had also been vacant for more than a decade prior. It would cost hundreds-of-thousands of dollars to secure the 160-foot, diamond shape concrete arch (impressively engineered without center supports) and necessary environmental clean-up. Plus there was a complex tangle of ownership between the city and private development entities. 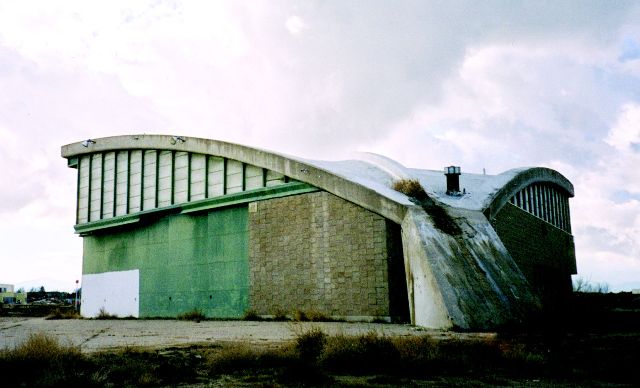 Board members voted to kick the issue to the city’s Landmark Preservation Commission. Eventually the statewide group Colorado Preservation, Inc. stepped up with a $200,000 grant to purchase the building and get the rehab process started. Then, last spring, developer Larry Nelson bought the building with the goal of taking it to market.

Nelson’s “620 Corp Inc. has spent about $1.3 million on the project, including constructing a parking lot and adding the frame for a new entryway,” arts critic Mary Voelz Chandler reported for the Rocky Mountain News in last January. “He estimates another $300,000 to $400,000 will be necessary to bring the hangar up to the point at which someone can lease or buy it to use as office space.”

I wasn’t able to get a hold of Nelson or the church, so no word yet on the sale price or if the deal has been finalized.