Commemorating “Justice Through the Ages”

On May 3, demolition will begin on the Colorado Judicial Building at 14th and Broadway in Denver’s Civic Center district to make way for the new Ralph L. Carr Colorado Judicial Complex.  Perhaps the most prominent feature of the existing judicial building is the mural entitled Justice Through the Ages by notable Colorado artist Angelo di Benedetto (1913-1992) that graces the underside of the building as it spans over the plaza and the skylights that look down into the building’s law library. 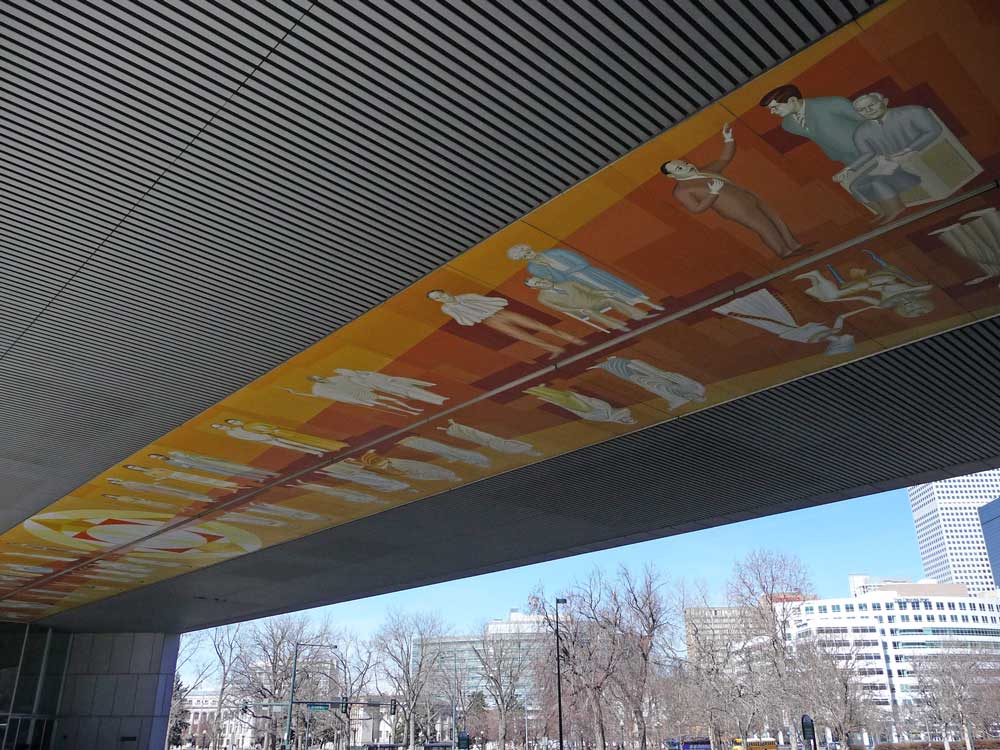 Since I posted my blog about the Judicial Building and the mural in February, people have asked me what is going to happen to the mural when the building is demolished. I didn’t know the answer to that question until now, thanks to an excellent article by Matt Masich posted on March 10th in Law Week Colorado. The answer (and the good news): the mural will be saved and put in storage for the time being.  The problem is no one quite knows what to do with it. Some people are advocating for it to be installed somewhere in the new Judicial Complex, but the challenge is the mural’s size. If laid out in one long row, the mural’s 74 panels would stretch 100 yards, and there’s no place in the new Judicial Complex that long to accommodate the mural, and no one seems to like the idea of breaking the mural up and installing the panels in different locations. Anyway, please read Matt’s article as it contains a lot of interesting information about the artist, the mural, and its future. Use the link above or click here for a PDF of the article.

Since the mural will be removed soon from public view and put in storage for who knows how long, I feel it is my civic duty to provide an online commemoration of the mural for people to enjoy after its removal. Also, there’s no plaque in the plaza that tells you who the 60 individuals are on the mural but, thanks to a state law librarian who dug around and found for me a document with that information, I’m happy to provide the names of those honored on the mural as part of this effort.

All of the names, dates, and biographical information presented below is quoted from a publication called Colorado Courts, a monthly newsletter issued by the Colorado Judicial Department back in the 1970s.  The feature about the people in the mural followed the mural’s October 1978 dedication, and was spread across several issues of Colorado Courts, starting in December 1978 and concluding in April 1979 (catalog reference “The Mural” – KFC2308.A16 C66 – “Colorado Courts” – Dec. 1978, Jan.-Feb. 1979, March 1979, and April 1979).  According to the article’s final installment, the authors of the biographical information below include Angelo di Benedetto, Don Cherno, Otto and Helen Friedrichs, Robert Dallenbach, the Denver, Westminster, and Adams County libraries, Astrid Galindo of the Mexican Consulate, Stephanie Albo, Terry Goldhammer, and Karoline Freed Briggs, and others.  The photos, of course, are by me.

Without further ado, Justice Through the Ages (from left to right): 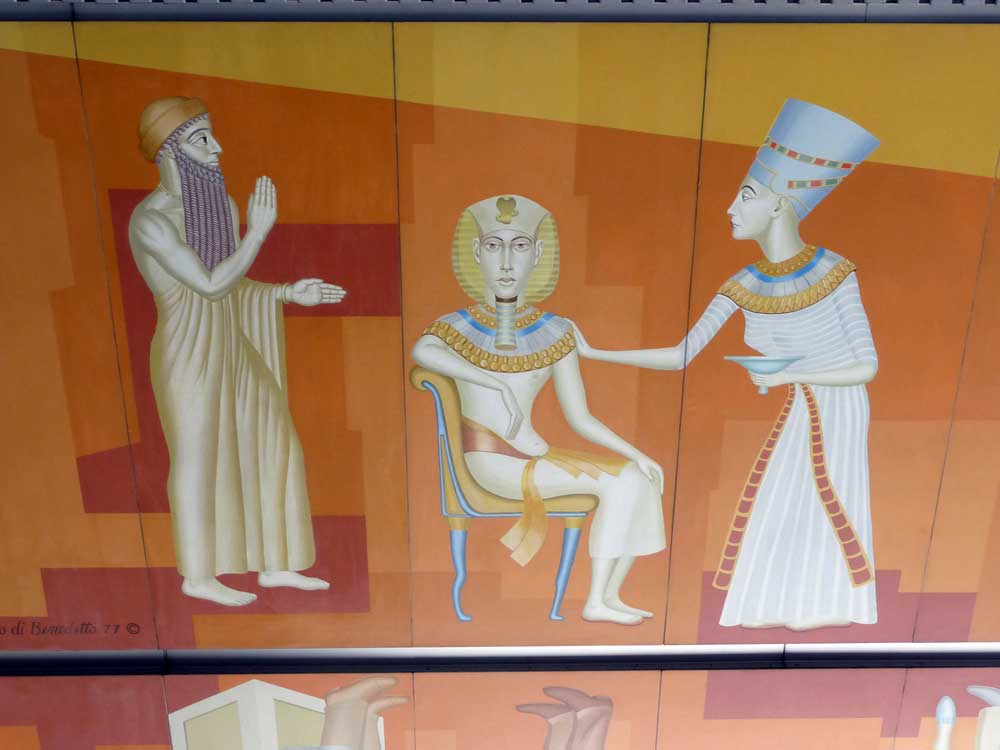 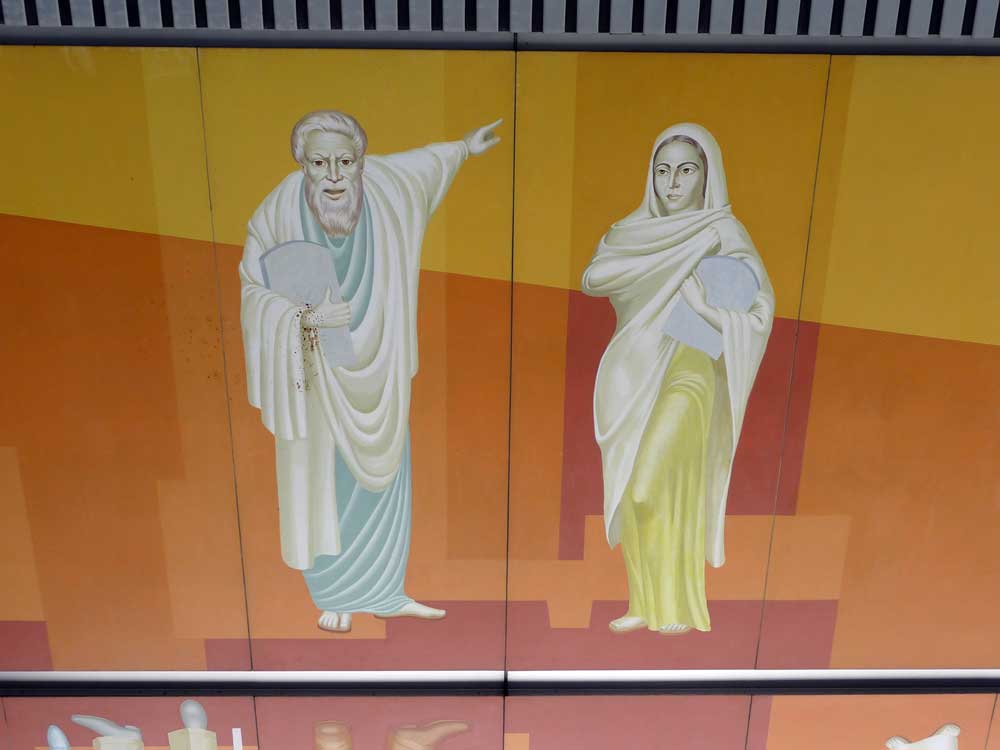 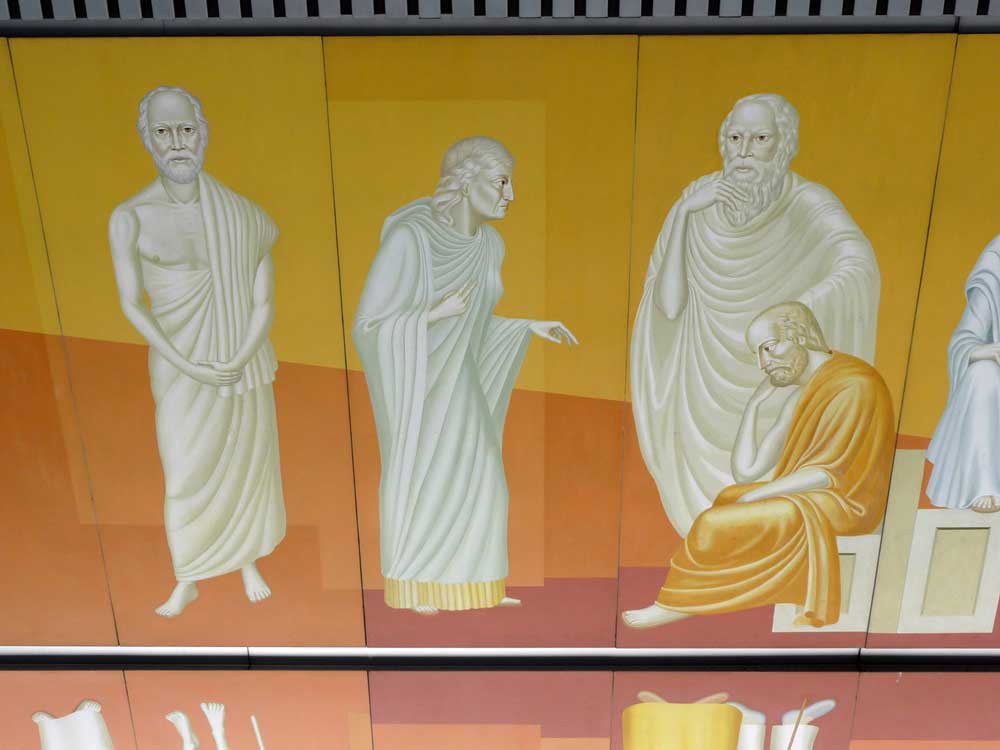 Akhenaton and wife Nefertiti (1375 BC) – King of Egypt and reformer

Solon (5th Century BC) – Athenian statesman and lawgiver of Athens

Aspasia (470-410 BC) – Influential woman of Athens, associate of Pericles 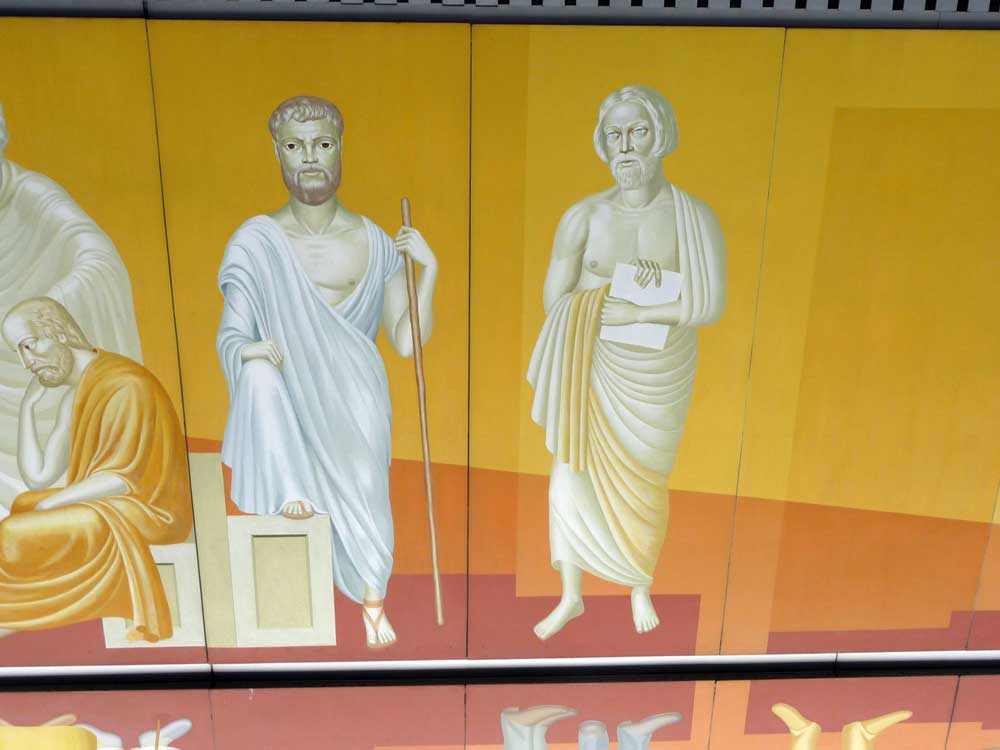 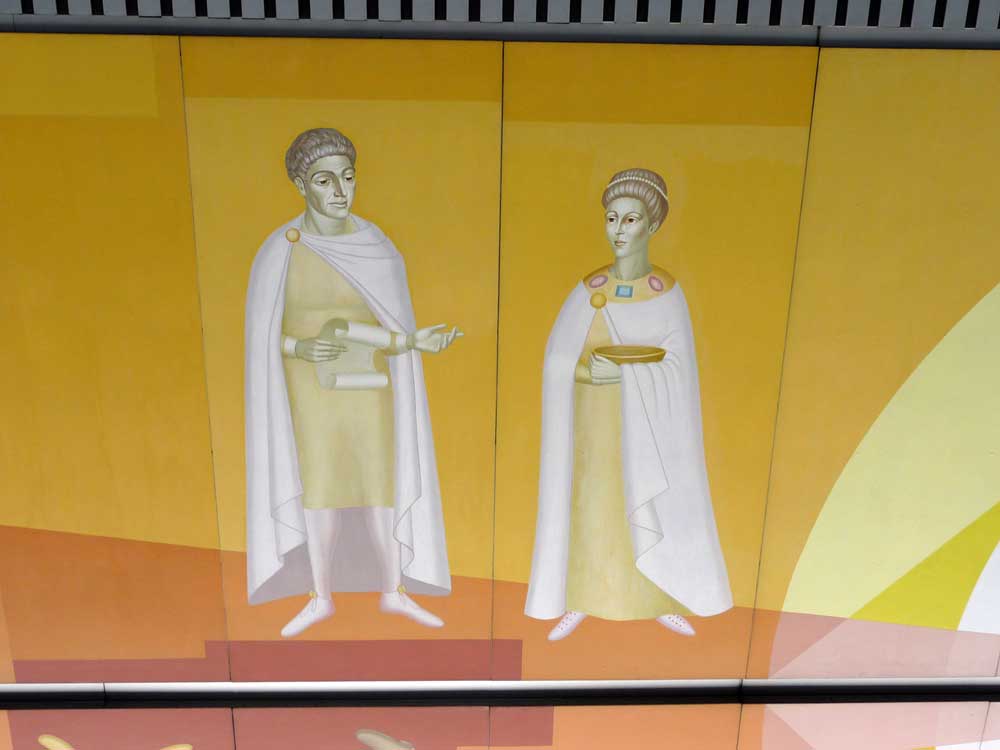 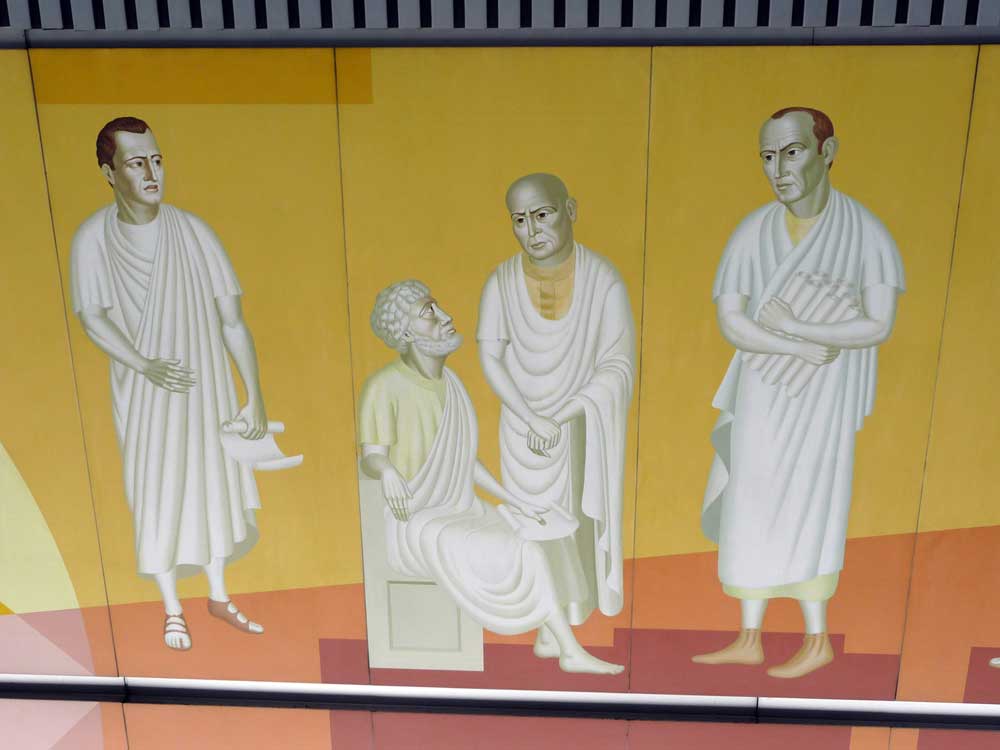 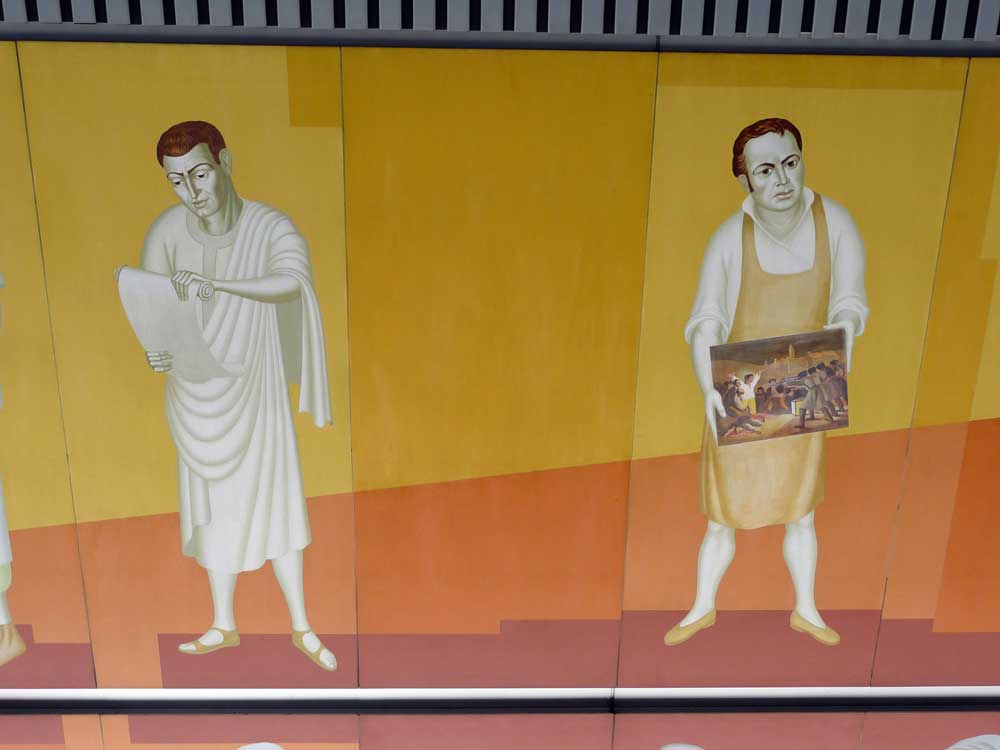 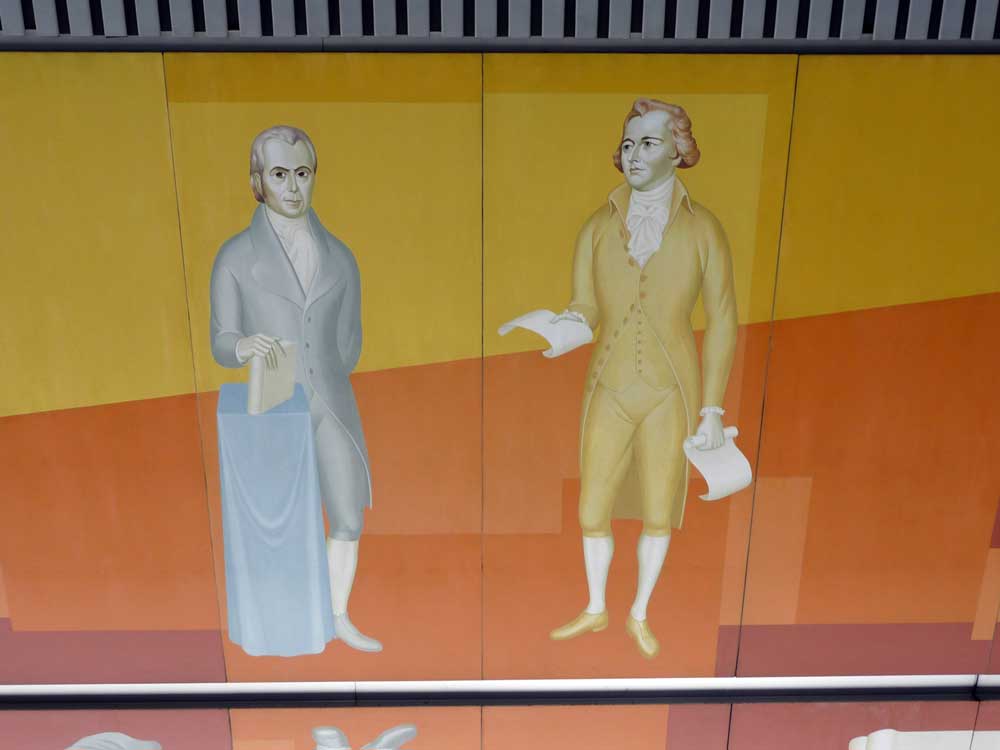 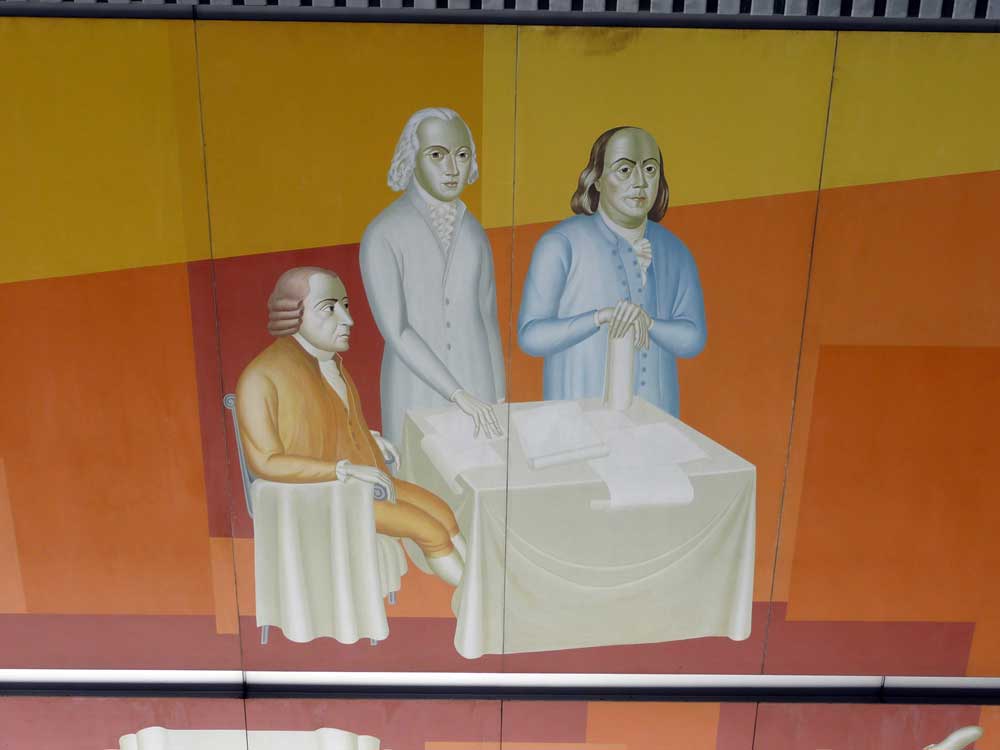 John Marshall (1755-1835) – noted American jurist, fourth Chief Justice of the United States who molded the Constitution by the breadth and wisdom of his interpretation

Alexander Hamilton (1755-1804) – American statesman, Secretary of the Treasury under George Washington, author of law papers recently published, most powerful of the Federalists

James Madison (1751-1836) – Fourth President of the United States, master builder of the Constitution and strong advocate of the Bill of Rights 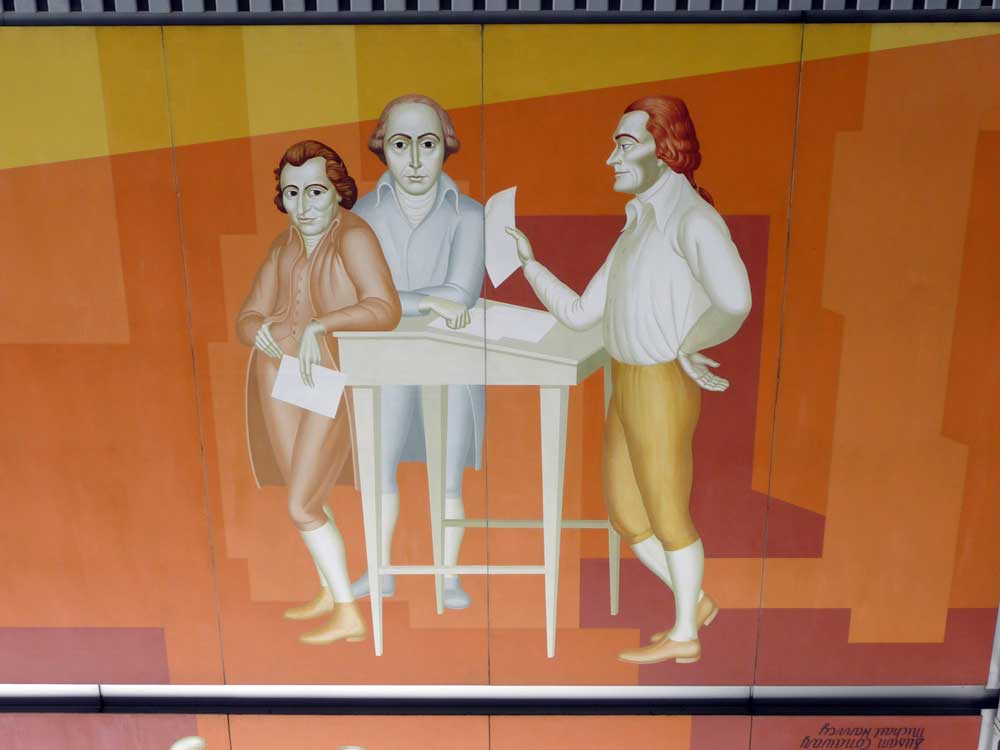 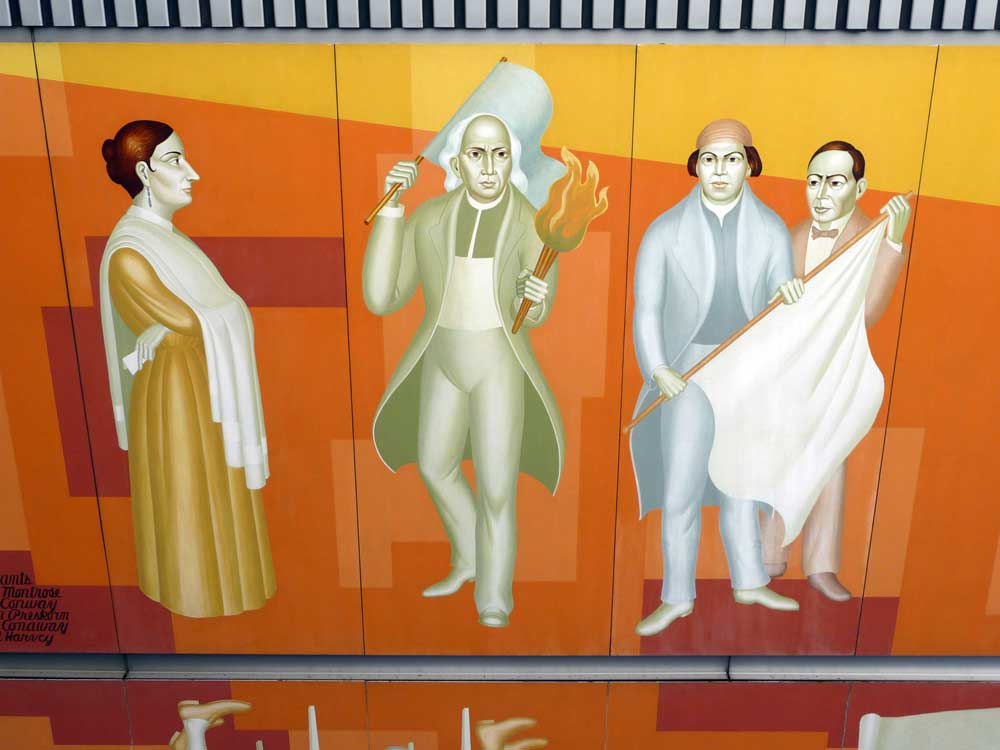 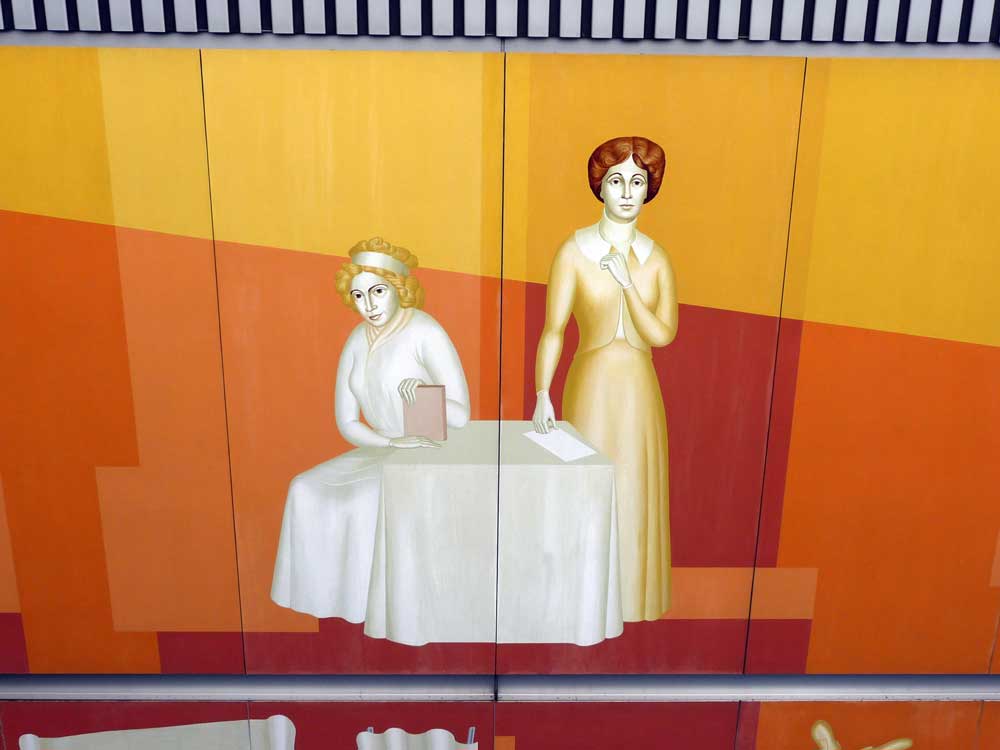 Thomas Paine (1737-1809) – Anglo-American political theorist and writer, strong supporter of the American Revolution and author of the Rights of Man

Philip Mazzei (1730-1816) – Italian physician, merchant, horticulturist and author, close friend of Thomas Jefferson and the latter’s personal ambassador to sell democracy to Europe, may have written the first line of the Declaration of Independence

Thomas Jefferson (1743-1826) – Third President of the United States, author of the Declaration of Independence, architect, scientist, philosopher and statesman

Josefa Ortiz De Dominguez (1768-1829) – Wife of the Corregidor (Mayor) of Queretaro, and sponsor of home meetings in favor of Mexican independence, leading to the War of Independence in 1810

Mary Wollstonecraft (1759-1797) – English author and feminist who promoted educational equality and was close to leaders of the French Revolution—she died in childbirth; her daughter Mary married Percy Bysshe Shelley 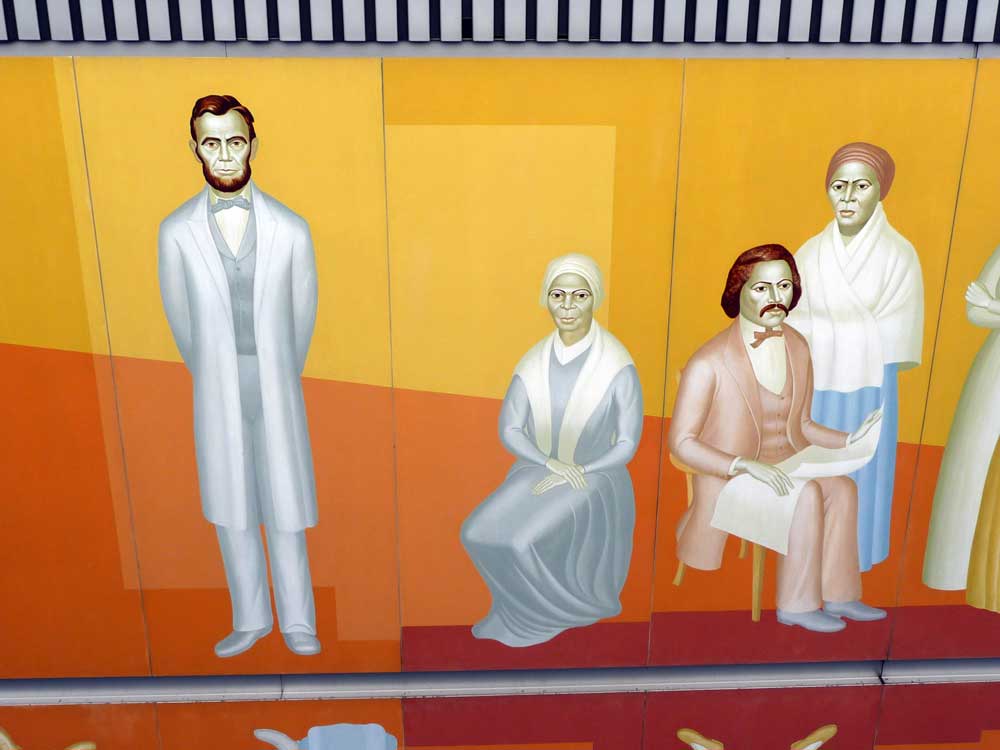 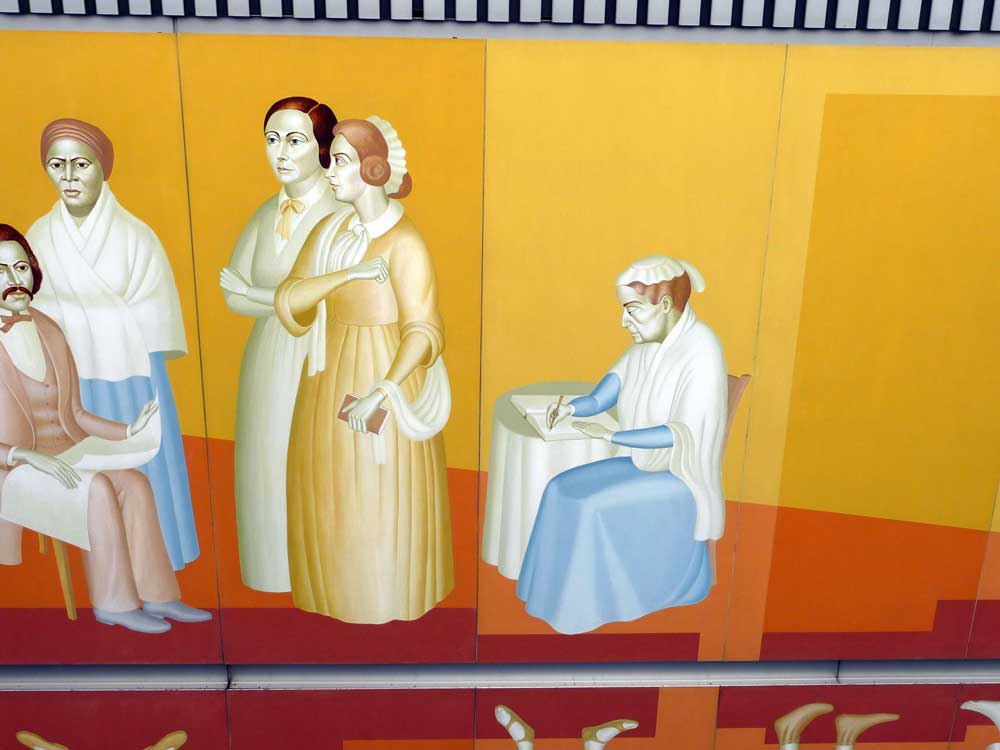 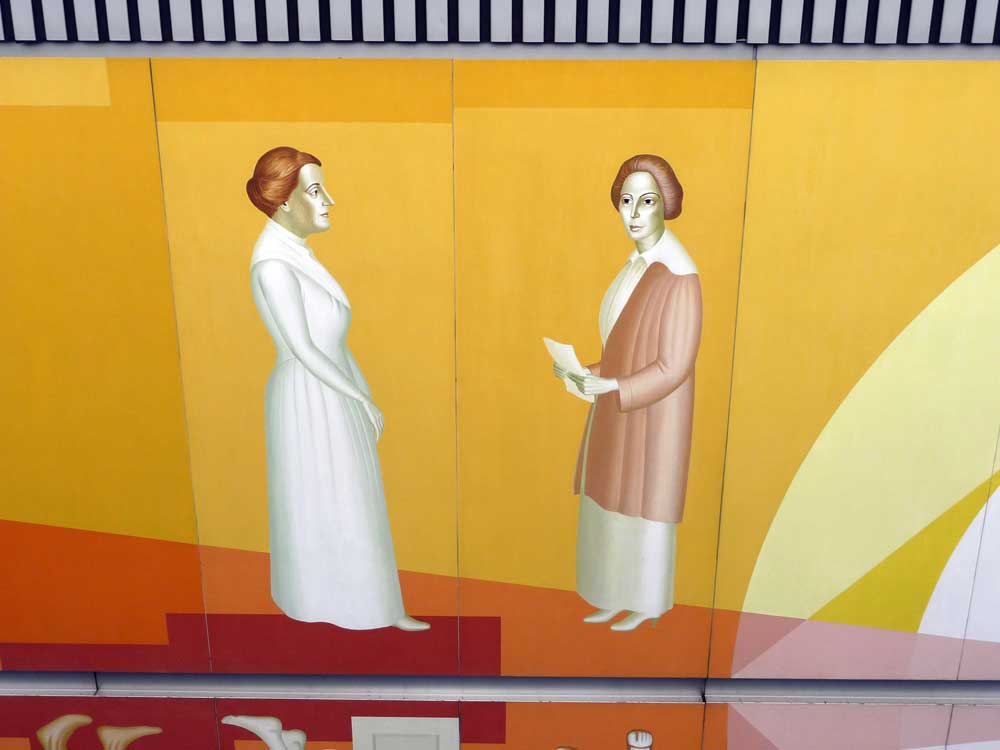 Abraham Lincoln (1809-1865) – 16th President of the United States, the great emancipator, most memorialized American figure, savior of the Union, lawyer, statesman of noble vision, humanity and political wisdom, assassinated at close of the Civil War

Sojourner Truth (1797-1883) – A freed slave who responded to “heavenly voices” and traveled throughout the North, effectively preaching abolition, emancipation and women’s rights

Harriet Tubman (1820-1913) – Negro slave, “conductor” on the Underground Railroad, friend of the principal abolitionists, confidant of John Brown, nurse and spy for the Union forces

Susan B. Anthony (1820-1906) – American reformer and leader of the woman-suffrage movement, organizer of temperance movements, historian, foremost advocate of women’s rights to franchise

Abigail Scott Duniway (1834-1915) – Editor, lecturer and an unceasing champion of women’s rights, recognized as leader of the women’s movement in the Northwest

Alice Paul (1883-1977) – Social reformer, one of the founders and later chair of the National Women’s Party, sponsor of the first equal rights amendment introduced in Congress in 1923 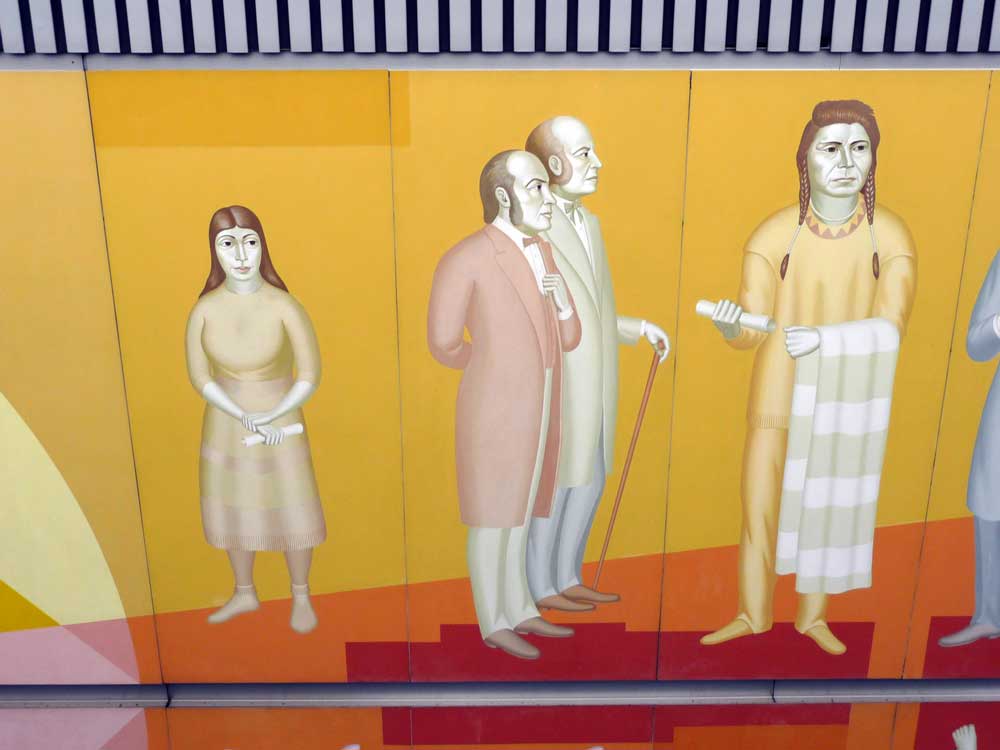 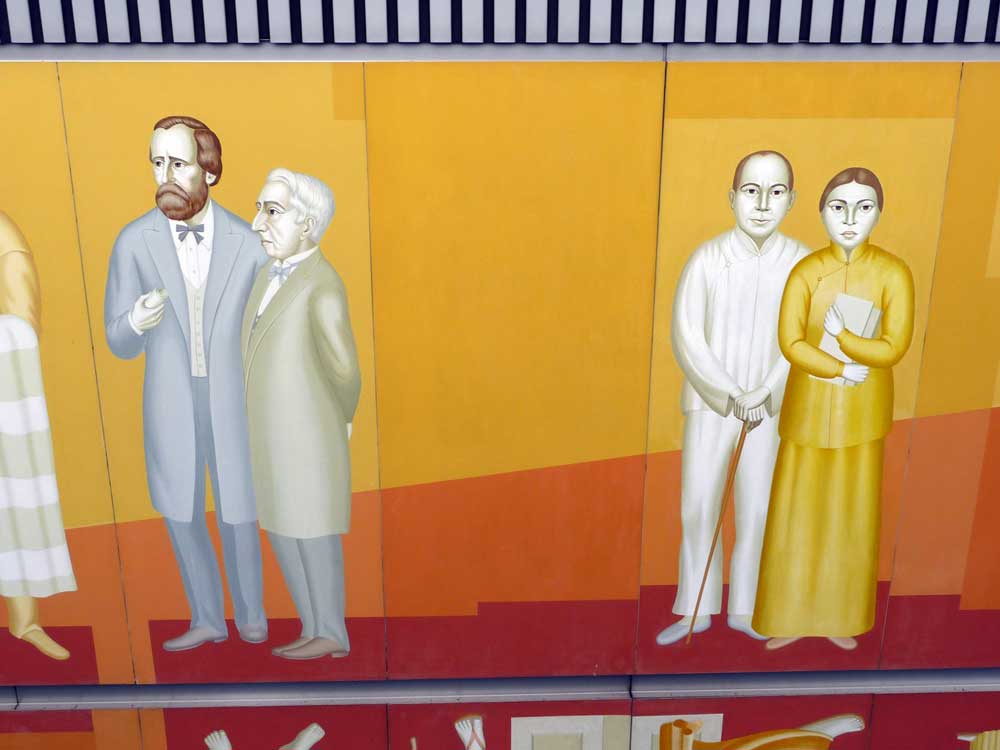 Sarah Winnemucca (1844-1891) – A woman of the Paviotso, daughter of the Chief, interpreter and scout, teacher, lecturer and author, advocate for her people

Joseph (1840-1904) – Nez Perce chief, intercedes with President Rutherford B. Hayes (1822-1893) and two Congressmen. Chief Joseph was a symbol of the heroic Nez Perce retreat which has been compared to that of Xenophon’s ten thousand. President Hayes, a lawyer and Civil War general, served in Congress and as Governor of Ohio. After the presidency, he was noted for efforts in prison reform 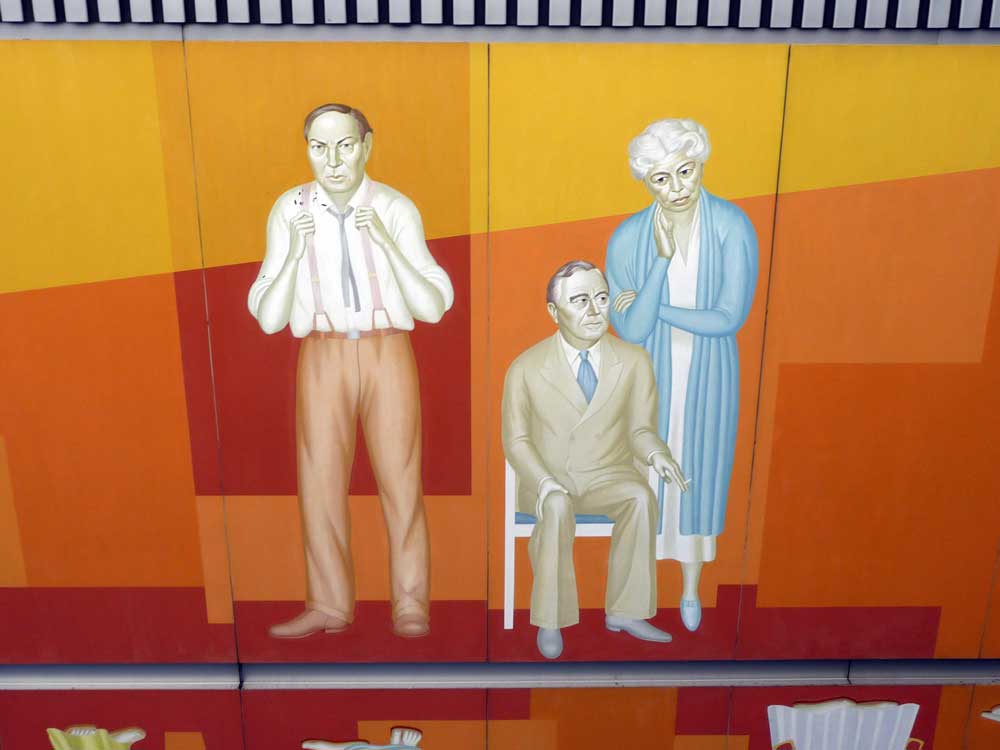 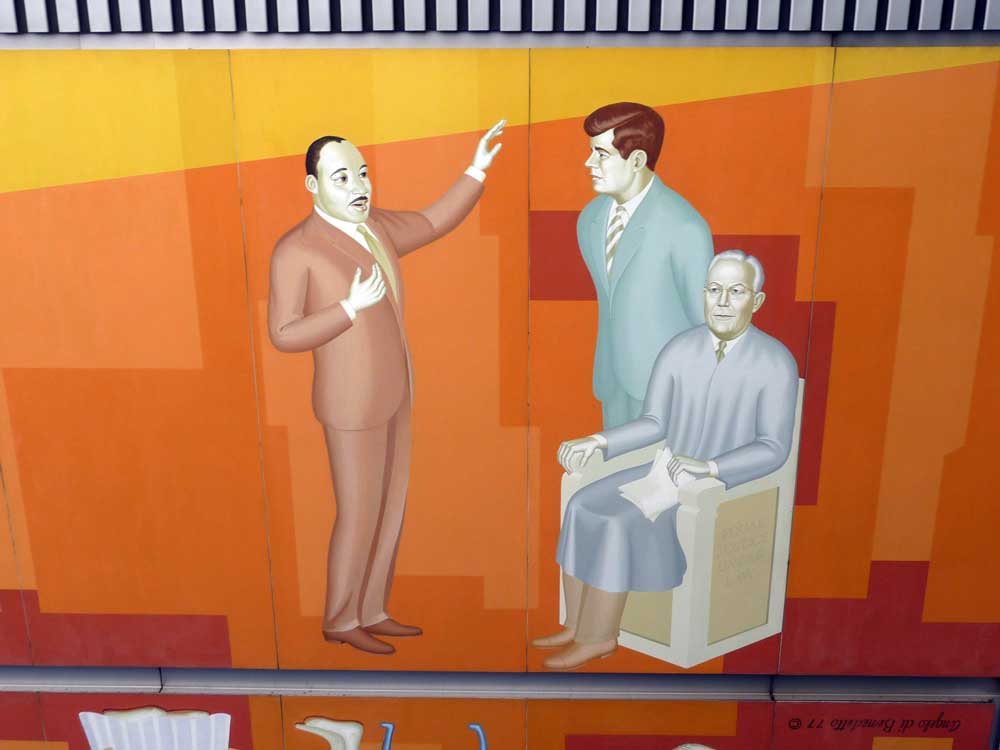 Earl Warren (1891-1974) – 14th Chief Justice of the United States, Attorney General and Governor of California, liberal and dynamic leader in the area of landmark decisions in civil rights and individual liberties

These last three photos show the artist’s name, the names of his assistants, and the mural’s center design: 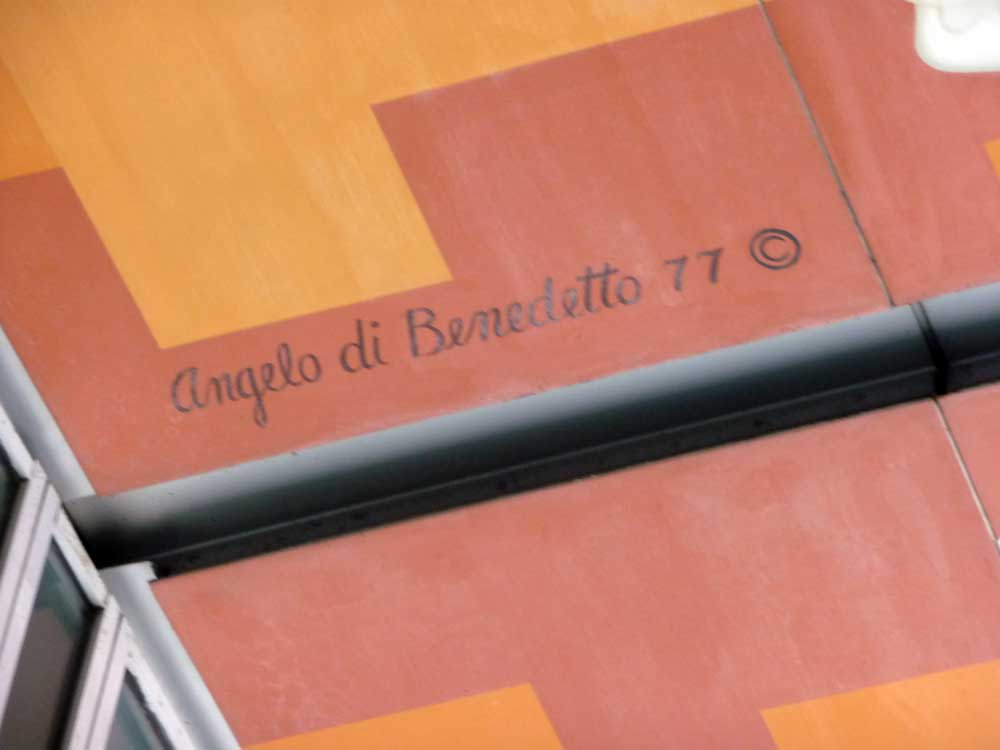 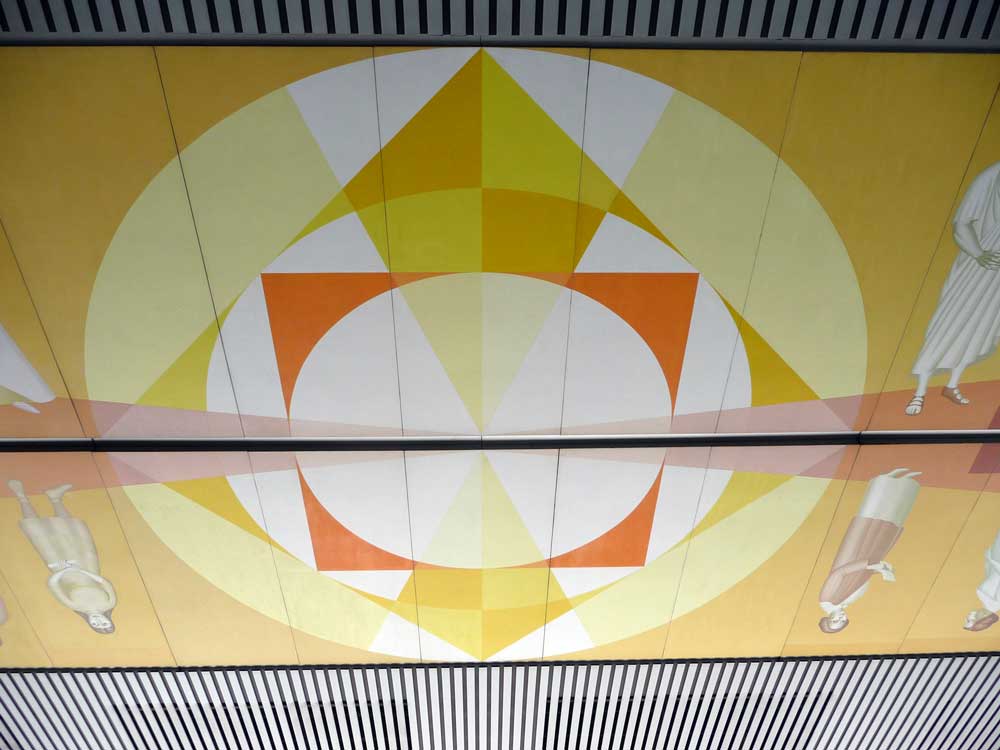