Last week I shared with you two of my favorite photos of the west side of Downtown Denver, one from 1961 and the other, twelve years later, from 1973. Today I have two photos from 1985—another 12 year jump into the future. Unlike the first two, these two photos were taken by me.

I moved to Denver in July 1985 and on one of my first trips to Downtown, my friends and I managed to sneak onto the top 56th floor of Republic Plaza, Denver’s tallest skyscraper (the building was about one year old at the time). The 56th floor was completely unoccupied and was just the core and shell; it was a single open room covering the entire floor offering fantastic views in every direction. Fortunately, I had my Kodak 110 Instamatic with me, and so here are two of the photos I took. 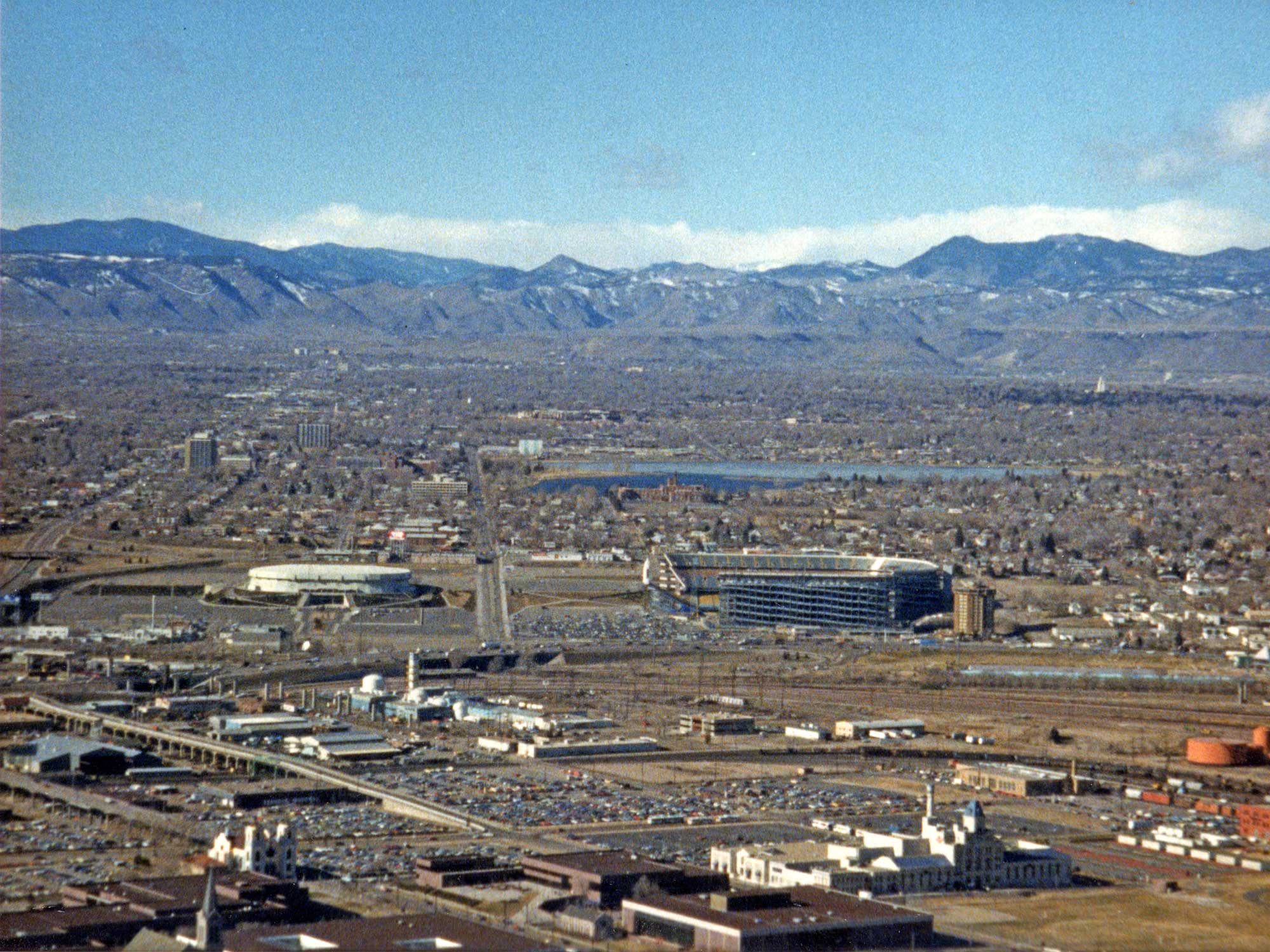 This first one is taken in the same general direction as the 1961 photo, although aimed above Downtown buildings in the foreground. The Auraria Campus was just nine years old and none of the West Campus buildings had been built yet. This shot gives you a nice view of the Larimer and Lawrence Street viaducts. However, if you look closely one block to the right of the Larimer Street viaduct in the Walnut Street right-of-way, out by the industrial buildings you can see several sets of concrete piers that get shorter as they get closer to Downtown. That is the Auraria Parkway off-ramp from I-25 under construction. It doesn’t look like construction had begun yet on any of the at-grade portions of Auraria Parkway, which does a one-block jog, transitioning from a Walnut to Wazee alignment, between 5th and 9th Streets. In the far bottom right corner of the photo is the intersection of what was then Wazee and 9th Street, with the orange-brick historic building where Brooklyn’s is now located on one corner, and the Auraria Campus tennis courts (which were replaced a few years ago with the Metro State College parking garage) on the other corner.

The photo also provides a nice view of the original Mile High Stadium, and McNichols Arena. Just like in the 1961 photo, you can clearly see Lake Middle School and its bell tower next to Sloans Lake off in the distance. 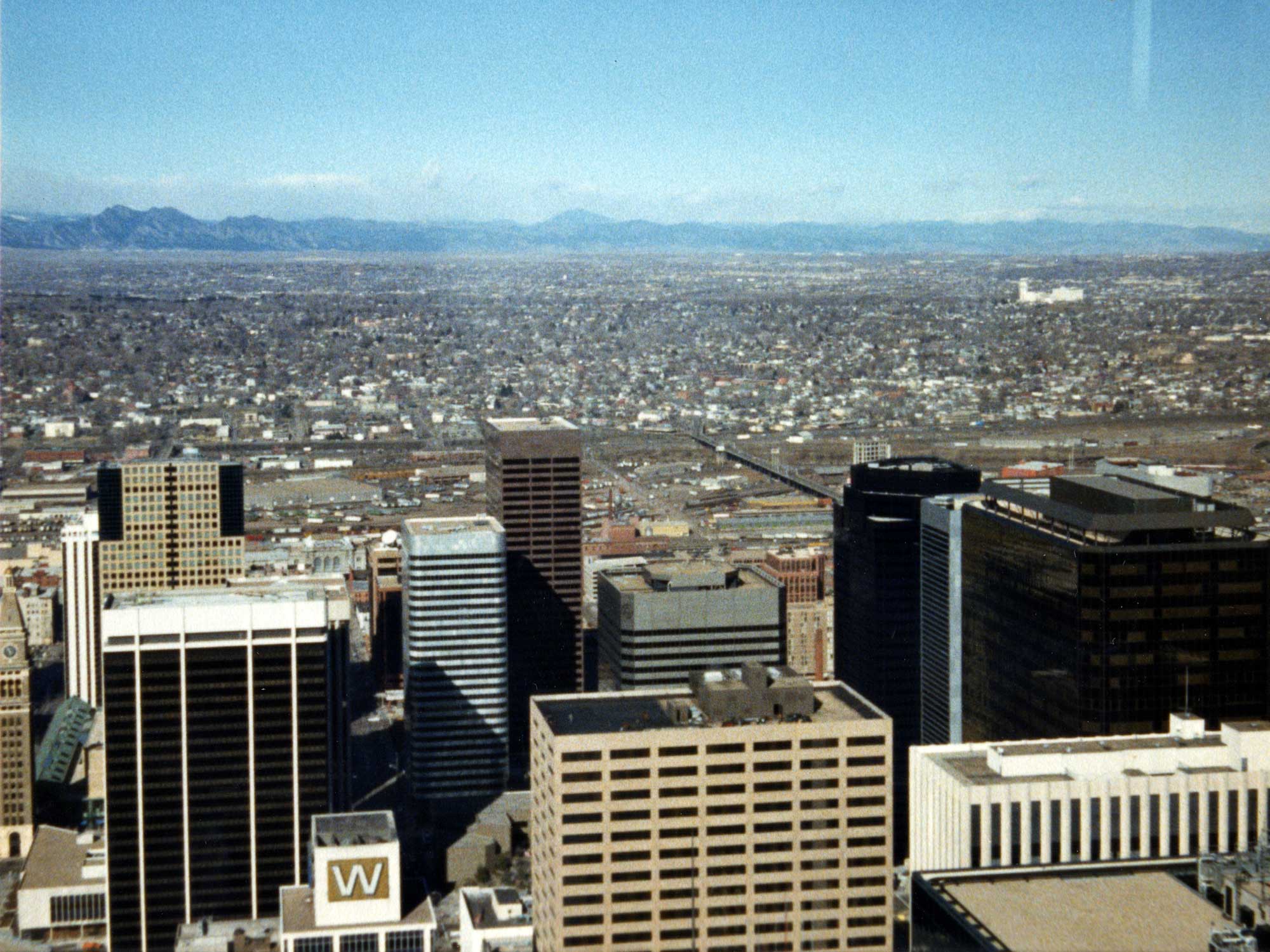 This second photo shows the Central Platte Valley behind Union Station. Just right of center is the old 20th Street viaduct (with billboards!) heading off into Lower Highland. One block to the left is 19th Street. About the only building still standing along 19th that appears in this photo is the small yellow building (the Xcel Steam Plant) at 19th and Delgany (now Wewatta). Visible in between the Tabor One and 1225 17th Street towers is Union Station with, behind it, rail yards and a huge industrial/warehouse building where the Glass House and Commons Park is today. On the left edge of the photo is a long horizontal industrial building where Little Raven Street now intersects with 15th Street.