The Auraria Campus may add yet another prominent building along Speer Boulevard if Community College of Denver students vote next week to approve a special fee for the project.

Known as the Community College of Denver Student Learning and Success Building, the proposed structure at Champa and Speer would provide CCD with significant new classroom space and room for other academic and student programs that the institution is sorely lacking.  CCD’s enrollment has skyrocketed to over 12,000 students, yet it continues to occupy just 10 classrooms in Auraria’s South Classroom Building. The institution is so pressed for space that it regularly uses theaters in the Starz FilmCenter at the Tivoli for classrooms and has even held classes outdoors.

The new project would join the list of a new generation of buildings for the Downtown campus. In 2005, the new Metro State Parking Facility at the corner of 9th and Auraria Parkway was completed. Then just late last year, the new Auraria Science Building became the first new Auraria building to be located right up against Speer Boulevard to provide a strong urban form along the campus edge with Downtown. Metro State has two proposed buildings in the works:  the Metro State Student Success Building, a four-story, 143,000 SF structure slated for the other corner of 9th and Auraria Parkway that should hopefully break ground late 2010; and Metro’s Hotel Learning Center, an 11-story hotel/academic building for the college’s hospitality and tourism program that should start construction in 2011 at the corner of Speer and Auraria Parkway.

CCD’s new structure would occupy a highly visible site at Speer and Champa, just across Speer from the Colorado Convention Center. Currently, the triangular site is a surface parking lot. Here’s a bird’s eye view of the proposed location from Bing Maps:

The proposed building would range from five to seven stories in height and would cost approximately $50 million. The Community College of Denver would cover approximately one-half to three-quarters of the cost, with the balance covered by selling bonds that would be paid back with a special fee tacked on to CCD tuition for the next 15-25 years. CCD students will vote next week (April 12-16) on the fee increase for the project. If it passes, the new building could break ground in 2011 and be completed by 2013.

The project architect is Anderson Mason Dale, the same firm that designed the Auraria Science Building. Here are some preliminary images of the project: 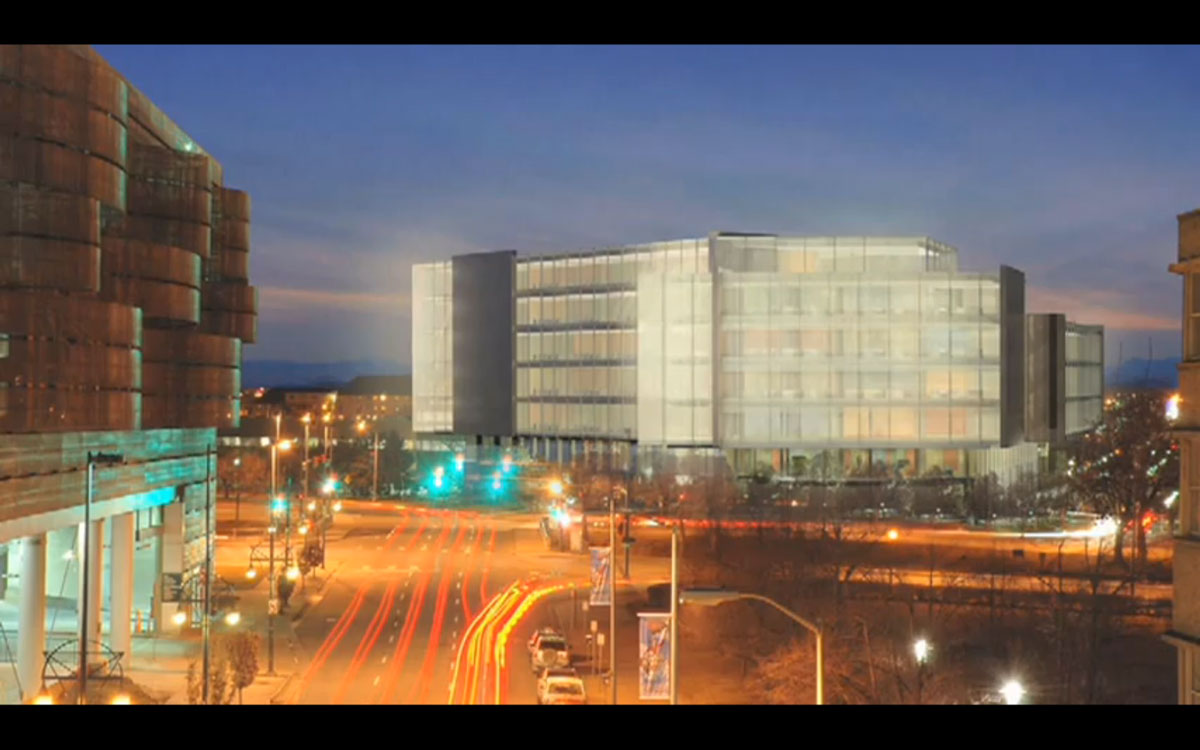 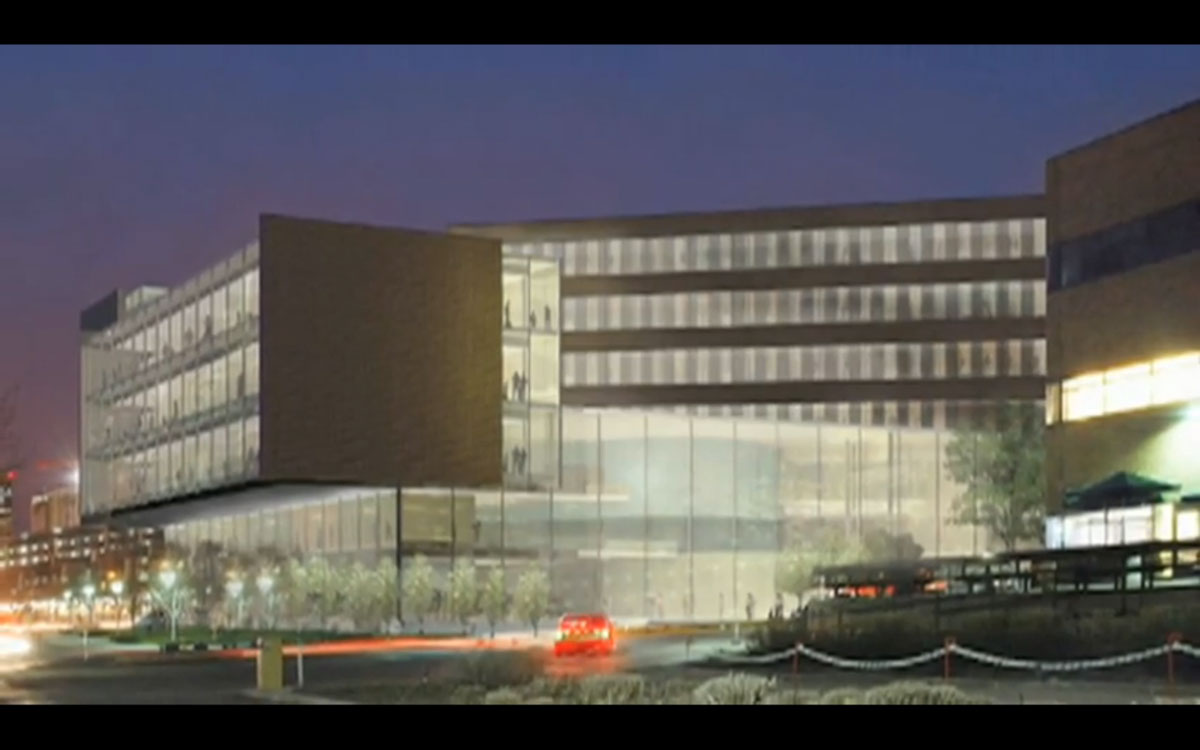 From Speer and Kalamath/Champa (left) and from near Speer and Stout by the Convention Center (right): 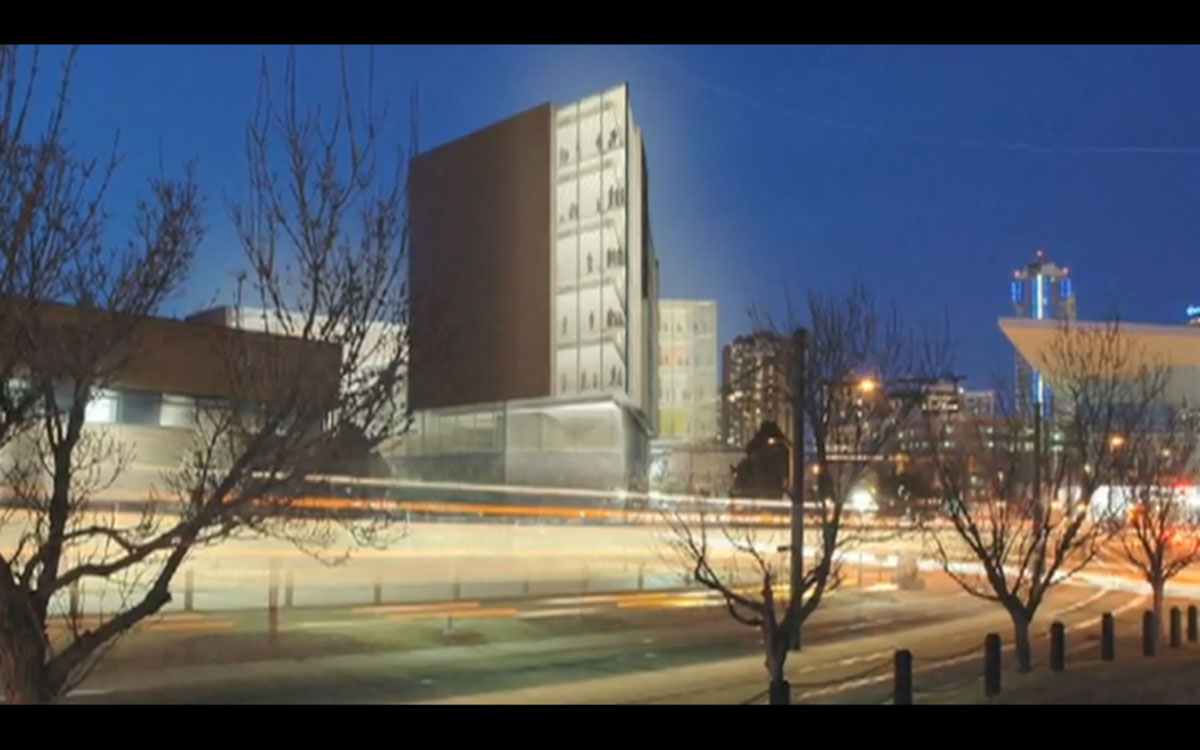 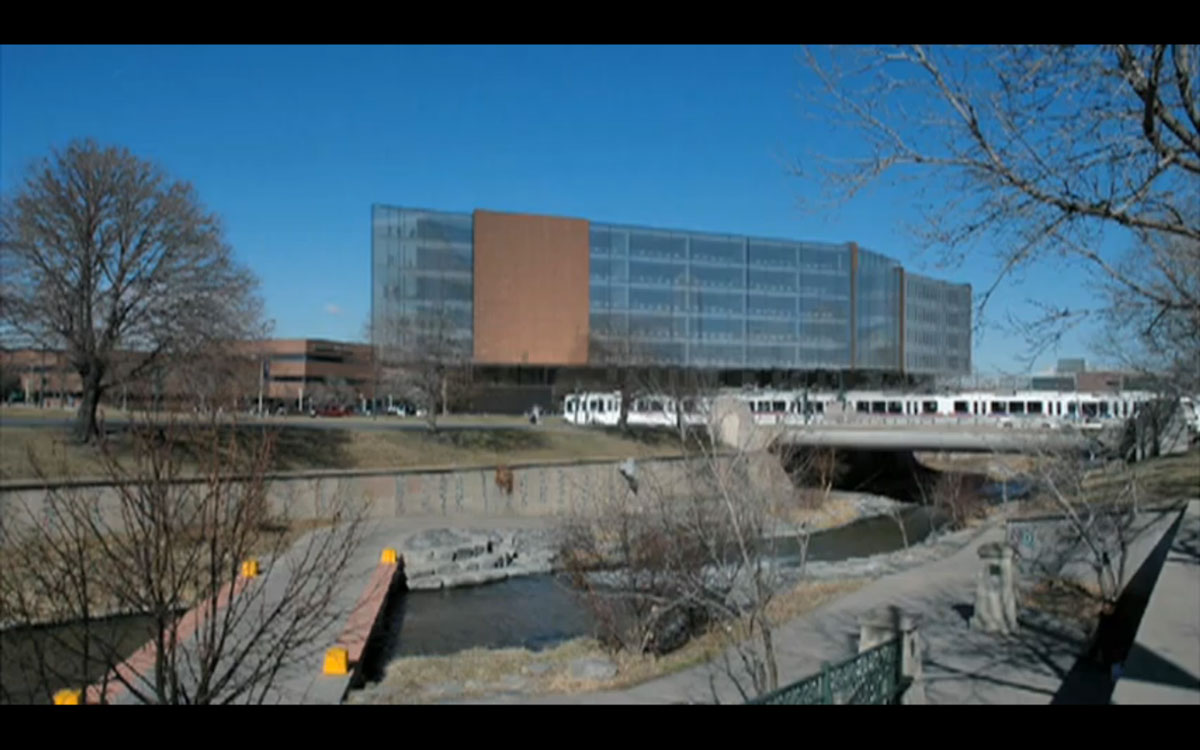 I captured these images from the video below, produced by CCD and available on their home page. The video does an exceptional job of making the case for the new building plus, in addition to the exterior shots above, the video also includes a number of nice renderings of the some of the interior spaces. I may be receiving higher quality versions of these images from CCD. If I do, I’ll swap these out for the better ones.

More news after the student referendum April 12-16. If this project happens, it will represent another important step in the transformation of the Auraria campus to a more urban complement to Downtown Denver… not to mention a critical improvement to the quality of CCD students’ education.