The second concrete pour was done on Friday. I was fortunate to get into the job site to get some close-up photos of the  pour and of the elaborate rebar structure that has been built over the past few weeks.

The photo below is a close shot of the pouring process. The vertical, black tube coming down from the center is the hose of the concrete pumper that is behind me. Notice the worker in the blue hard hat. He is controlling the movement of the boom with a joy stick on a control panel at his waist. The panel is supported by straps around his shoulders and back. 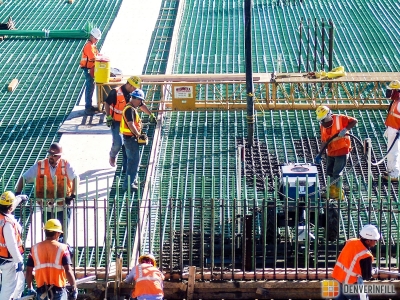 Below is a photo of the machine you can see in the photo above. It is used to spread and level the concrete. There is a plow of the side opposite the operator. Notice the two vertical rods on each side of the plow. At the top of those rods are GPS devices that enable the operator to level the concrete at a precise elevation. 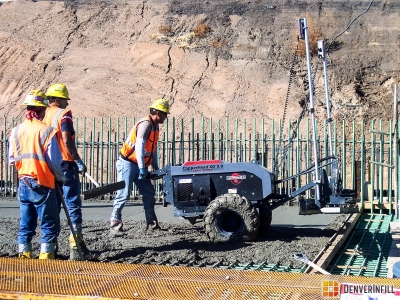 This photo of concrete trucks helps to give some scale to the shoring wall. 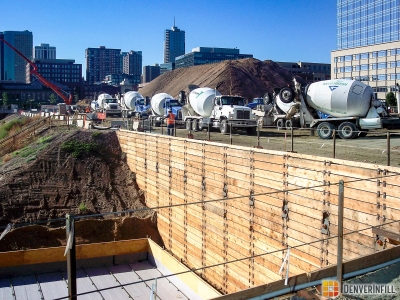 Here are a couple of shots of workers in a sea of rebar. The photos demonstrate the depth of the floor and the density of the rebar. In the photo on the left, you can see dark-colored (raw steel) rebar along the bottom. The top layer of rebar and the vertical supports are coated with epoxy which makes them green. Notice in the foreground of the photo on the right how the rebar is tied at the intersections. That work is done by 8-10 people bending at the waist all day. (Talk about flexible hamstrings!) 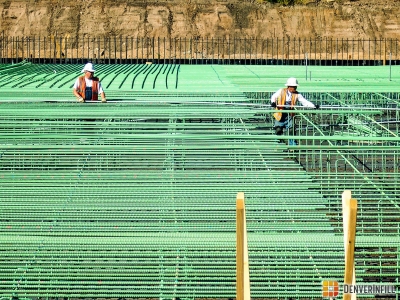 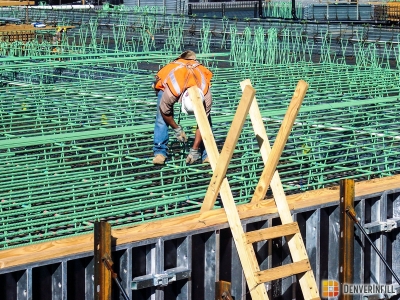 While most of the work is focused on the bus terminal floor, other workers are preparing for the walls. This photo shows two forms staged along the side of the hole. Several other forms have been built and are staged elsewhere on the site. For scale, notice the portable toilet in the background. 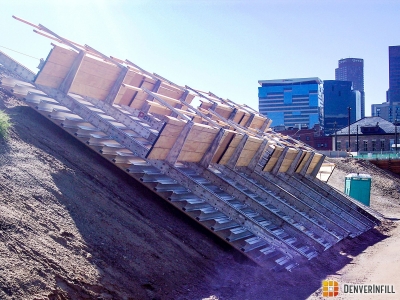 Over the weekend, I posted 16 more photos to our Denver Union Station page at JobSiteVisitor in addition to four that I posted during the middle of last week. All of the newest ones were taken from inside the job site.

And, finally, here’s a guy who is pretending to be important (me). 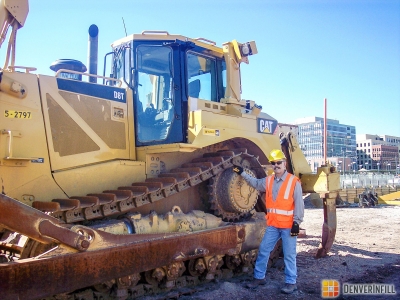