An exciting future is coming to the area around RTD’s 10th & Osage station!

Since the Central line opened in 1994, the only notable feature at the 10th & Osage light rail stop in Denver’s La Alma – Lincoln Park district has been the historic Buckhorn Exchange restaurant. Weedy lots framed the station to the north and south, and no development next to the station ever managed to get off the drawing board. Until now.

Thanks to the Denver Housing Authority’s ambitious redevelopment plan for their South Lincoln Homes project, the area around the 10th & Osage station will be transformed into a higher-density, mixed-use transit-oriented community. The master plan calls for the replacement of the existing 270 public housing units built in the early 1950s with over 800 new residential units (a mix of  rental and for-sale, subsidized and market-rate) and over 70,000 SF of commercial, retail, and community space. All together, the redevelopment will cost $250 million and take a decade or so to complete. Here’s an aerial of the site from GoogleEarth looking west. W. 11th Avenue is on the right, W. 9th Avenue on the left, and Mariposa Street at the bottom. The light rail station is top center. 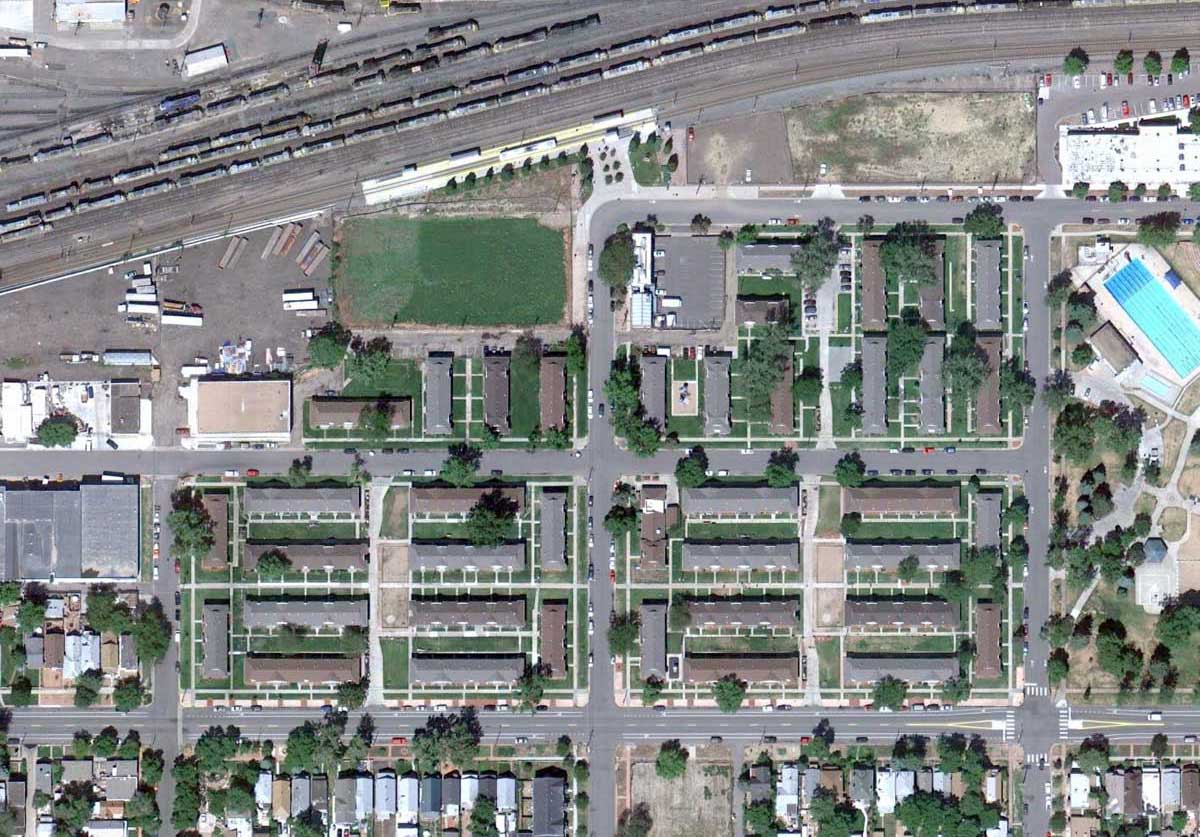 Here’s the South Lincoln Redevelopment plan and bird’s eye rendering, both from DHA: 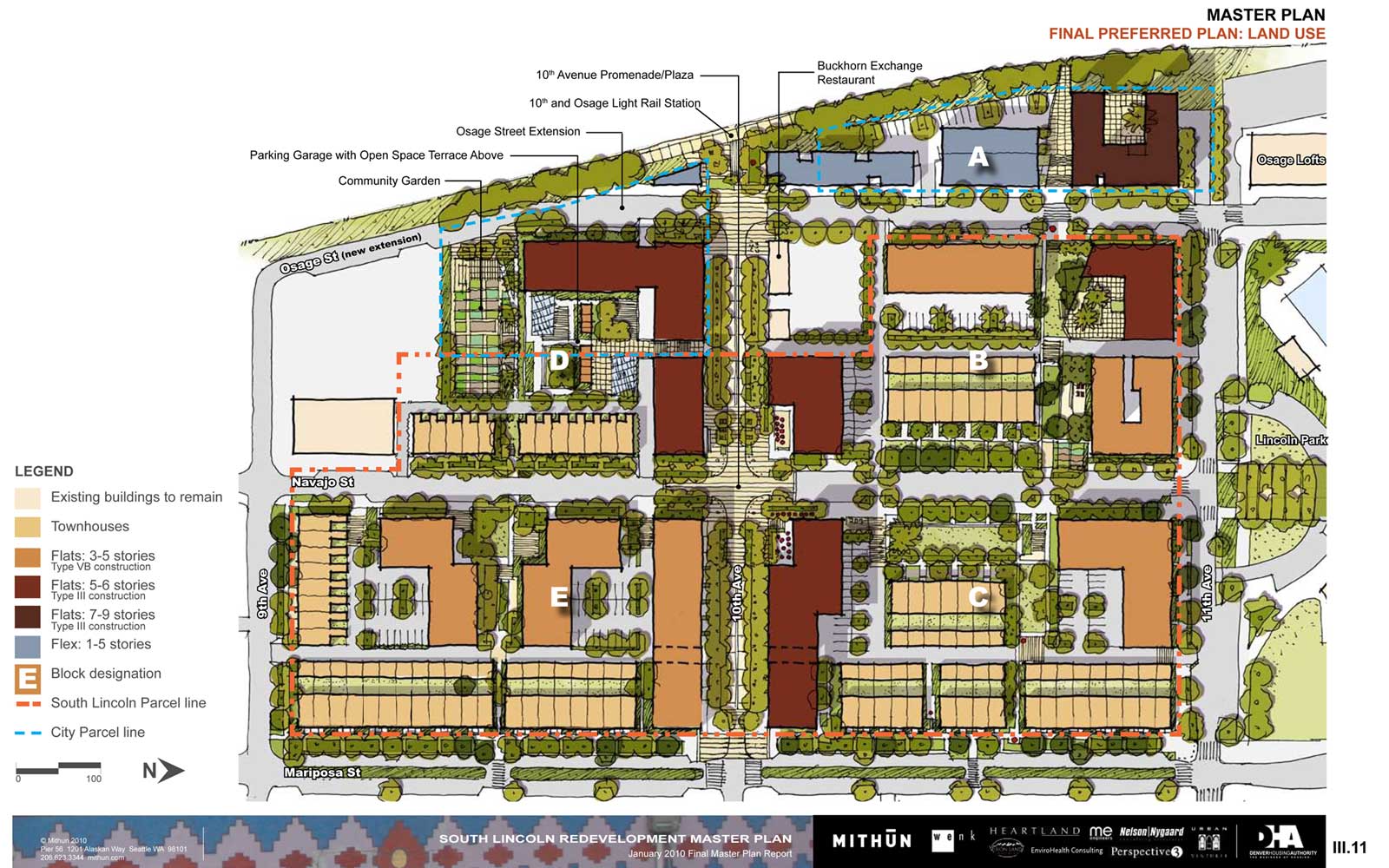 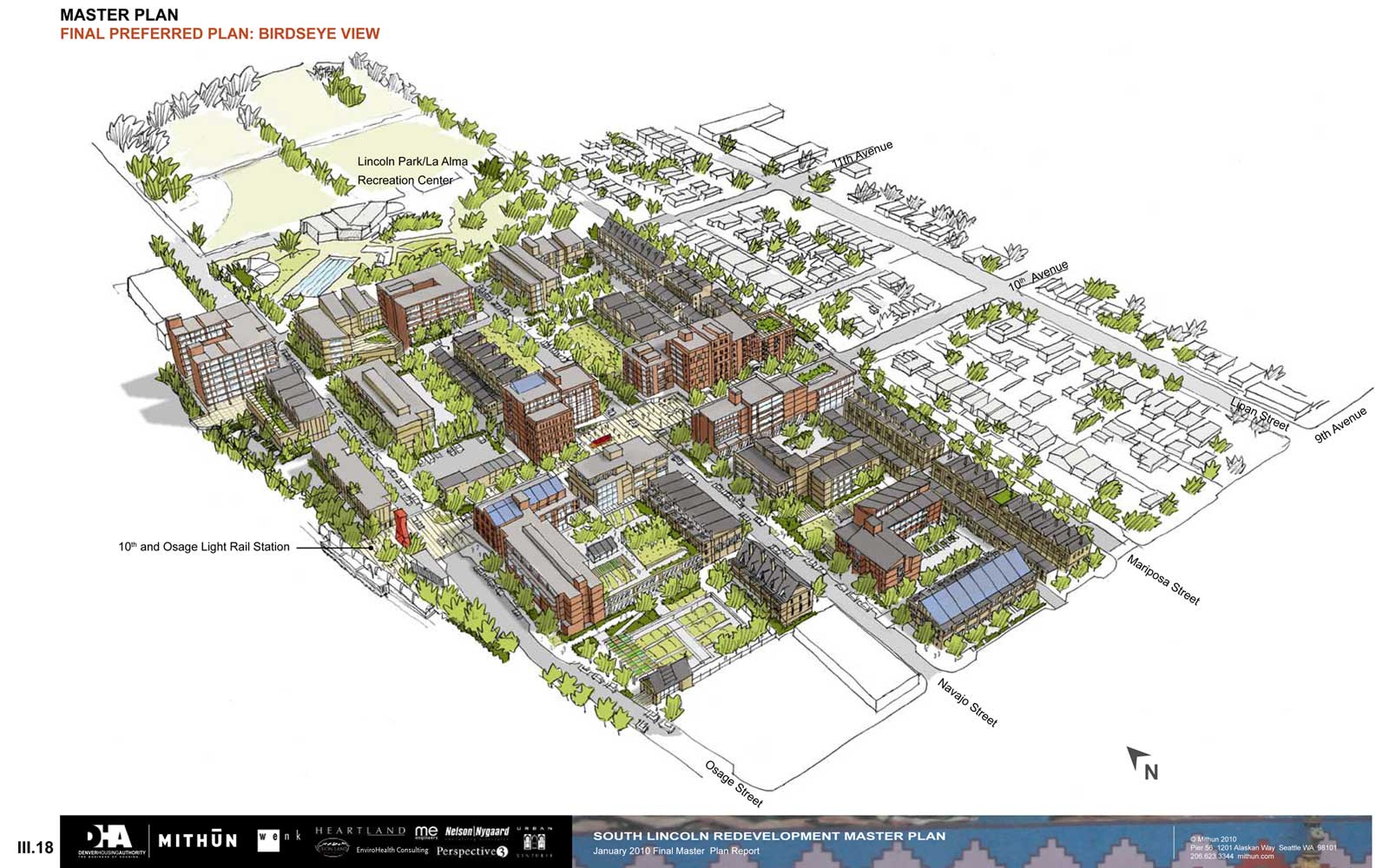 It gets even better. The first building in the redevelopment area, 1099 Osage, broke ground in September. The site for 1099 Osage is the brown U-shaped building in the upper right corner of the redevelopment plan map at 11th and Osage. The $21 million project is an 8-story, 100-unit senior apartment building that will achieve LEED-Platinum status. Here’s a rendering of the building, courtesy of project architect Buchanan Yonushewski Group: 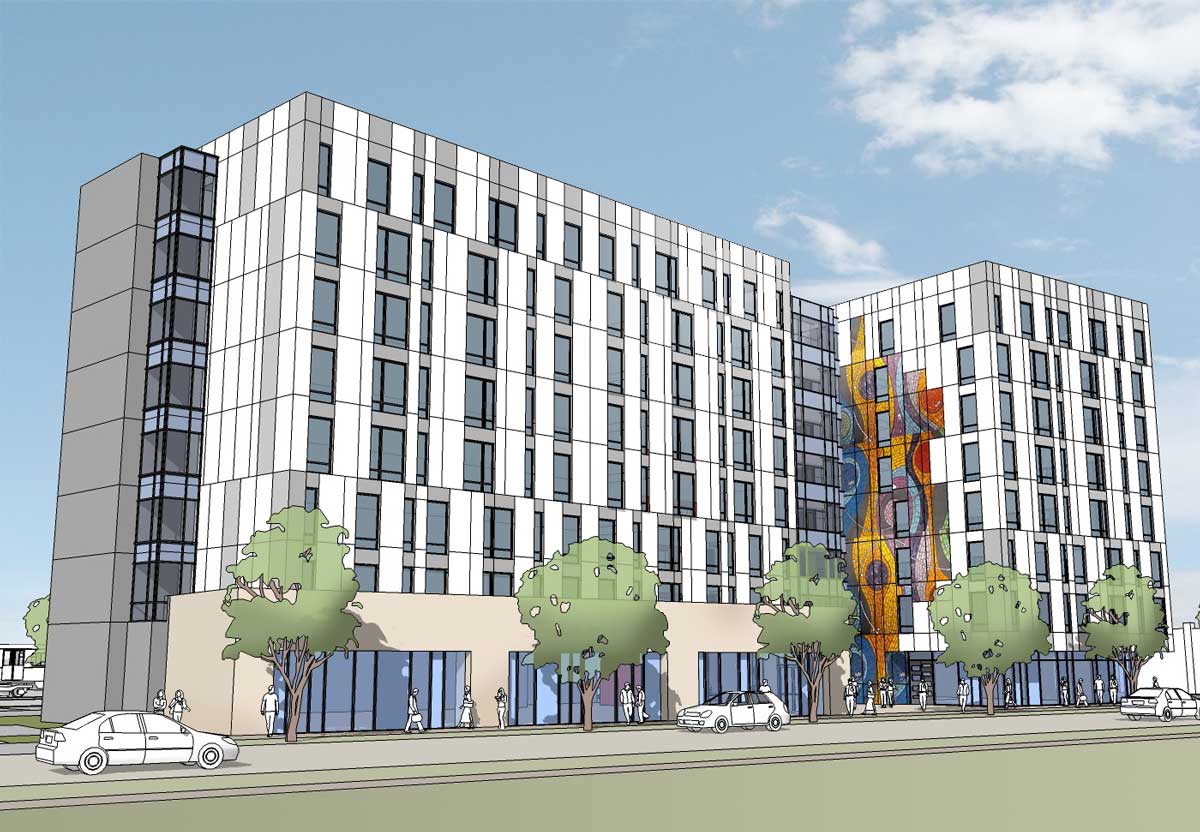 The redevelopment of the South Lincoln Homes follows DHA’s successful redevelopment of another large Downtown-area property: the Park Avenue project in Uptown. That project is in the final phases and has dramatically improved the area around Park Avenue, E. 20th Avenue, and Tremont Place. It will be wonderful to watch a similar transformation take place in La Alma – Lincoln Park around the 10th & Osage station.