The Nichols Partnership‘s proposed grocery-anchored residential project in Downtown Denver’s Union Station district is on track for a March 1, 2012 groundbreaking.

Covering most of the block bounded by Chestnut Place, 20th Street, Wewatta Street, and 19th Street in the redevelopment area west of Union Station, the project will feature 55,000 square feet of retail (most of which will be a full-service national-chain grocer) and 312 rental apartments. Our last profile on the project was in April 2011, and since then the project has received its approvals from the city and is preparing for the start of construction.

Courtesy of the Nichols Partnership and the Mulhern Group, here are the latest and final renderings for the project. First, an axonometric view looking south at the corner of 20th and Chestnut: 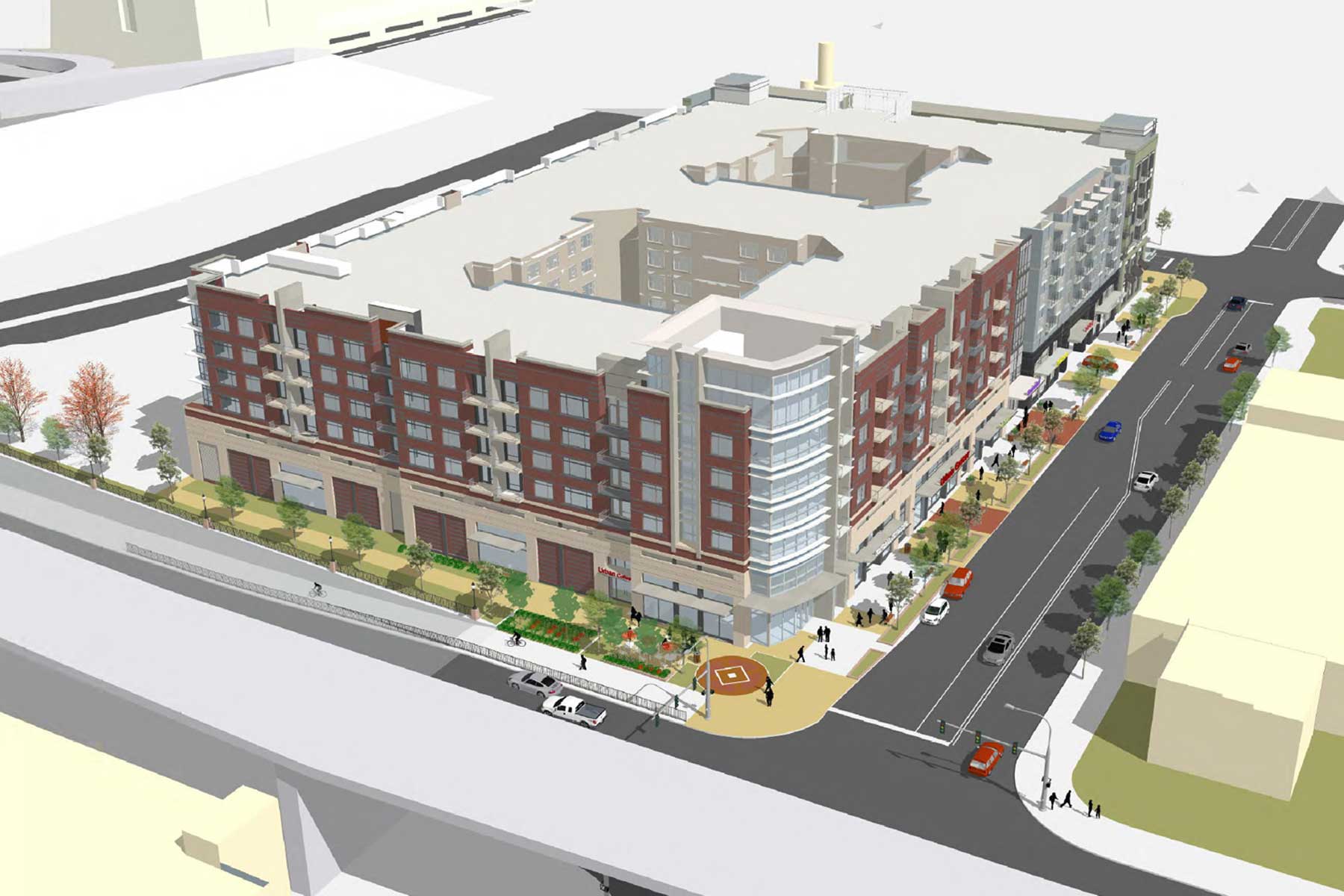 Here’s a closer view of the same corner at 20th & Chestnut, with 20th Street on the left and Chestnut on the right:

Next, a perspective looking east at the corner of 19th & Chestnut, with Chestnut on the left and 19th Street on the right:

Finally, here’s a view looking north from near 19th and Wewatta, with 19th Street on the left. The grassy area on the right is the remaining portion of the block along Wewatta that will be developed in the future as a mid-rise tower:

Of course, the presence of the grocery store component of the project is big news for Downtown, but this development is also important for the way that it will begin to close in the gap between Riverfront Park and LoDo, as well as help connect the Prospect district with the Union Station area. It will be the first project to get underway in the area immediately west of Union Station and north of 16th Street, but it certainly won’t be the last. We’re on the cusp of a once-in-a-lifetime building boom around Union Station. 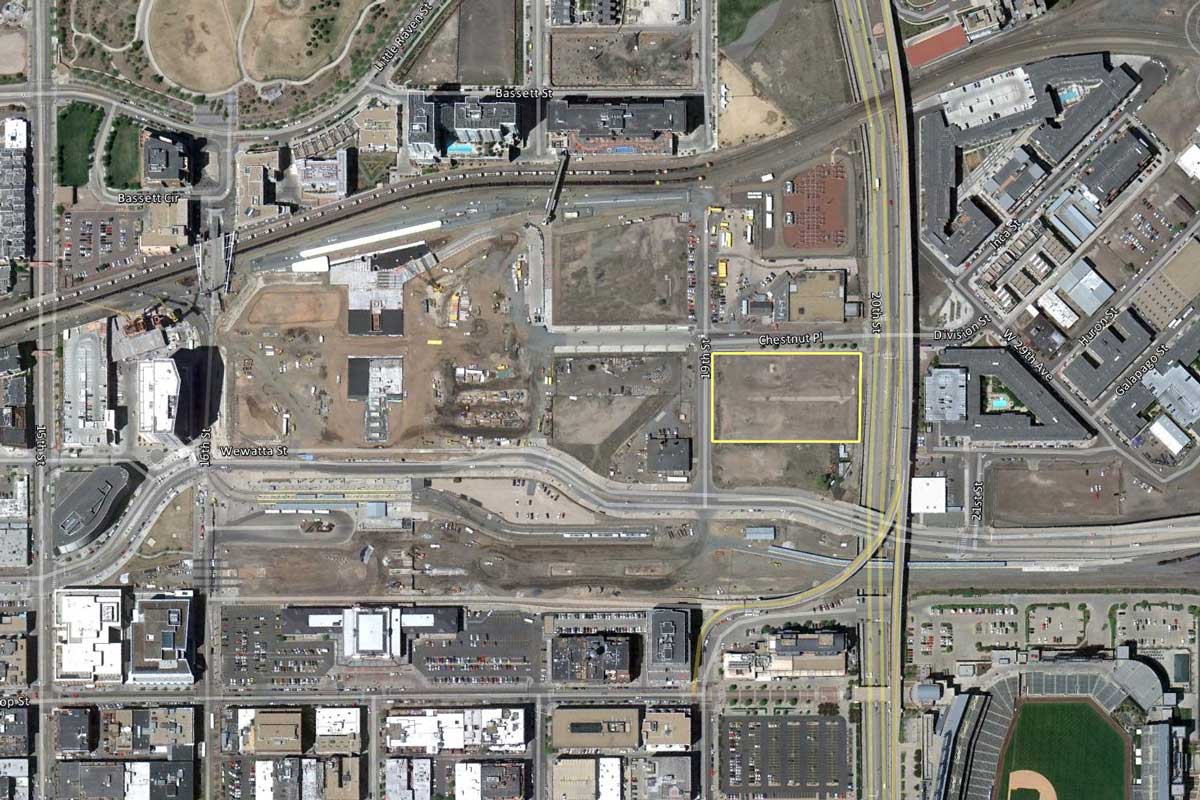 The Nichols Partnership’s 20th & Chestnut project will open in December, 2013.