The new DaVita headquarters was one of the first projects to kick off when Union Station started to explode with development. Since then, this development is nearing completion on the exterior and is coming along very nicely.

This building has very deep blue glass unlike its neighbor which has a lighter blue glass. The contrast bothered me at first but it makes both buildings look prominent in their own way… not to mention the slanted roof. This is a very unique architectural element for Denver. On the contrary, a very common element that was pointed out to me is that Denver architecture has very earth-toned masonry and a lot of glass surrounding it. As this is true with many modern projects such as Glass House, 1900 16th Street, Four Seasons; this has also been done in the past with buildings such as 1999 Broadway. 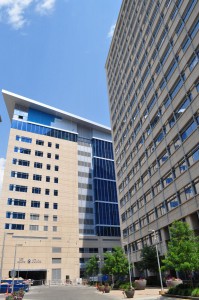 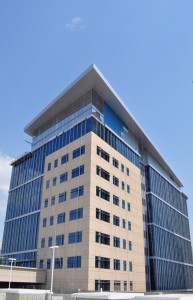 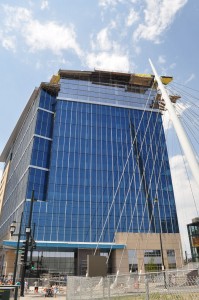 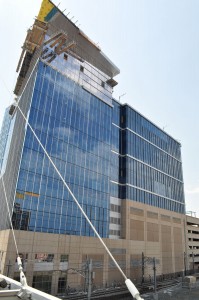 One very nice element I noticed was the entrance along 16th Street. Even though this development has no ground floor retail, it is very welcoming and quite pleasing to the eye when passing by. 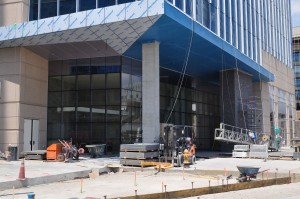 I was on top of the nearby parking structure taking pictures of this project, as well as on the Millennium Bridge, and noticed there are some great vantage points of some downtown developments. From left to right, you have the soon-to-start 1490 Delgany, Highland Bridge Lofts, and the Union Station development. One thing I would like to point out on the third picture is the tower crane for the North Wing building is up. This is only one of many that will soon dominate this field. (You can also see 2020 Lawrence in the back!) 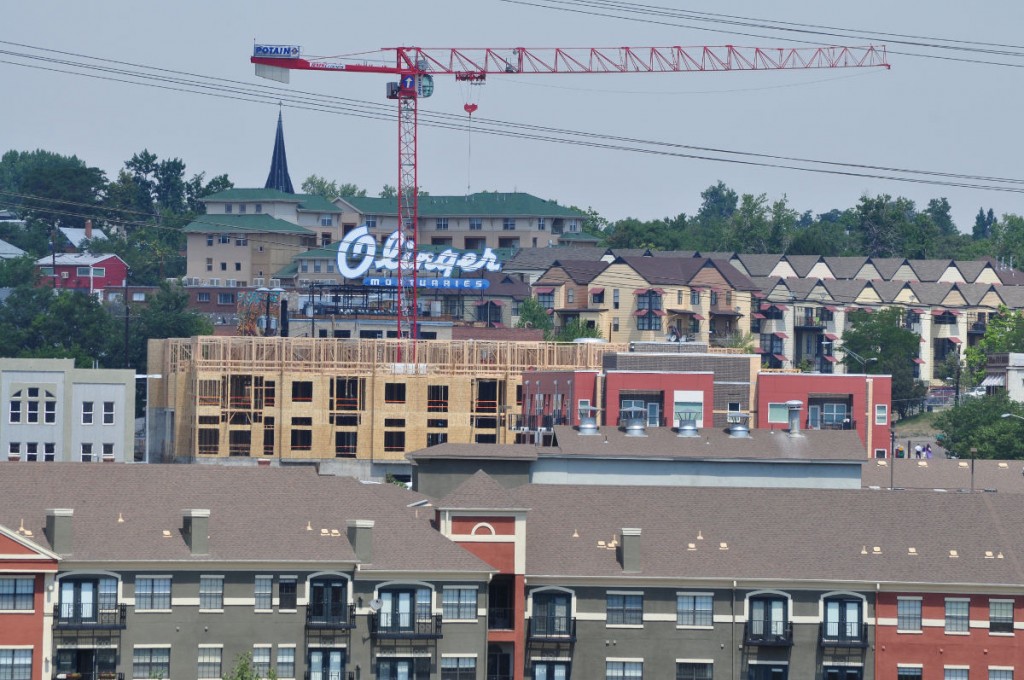 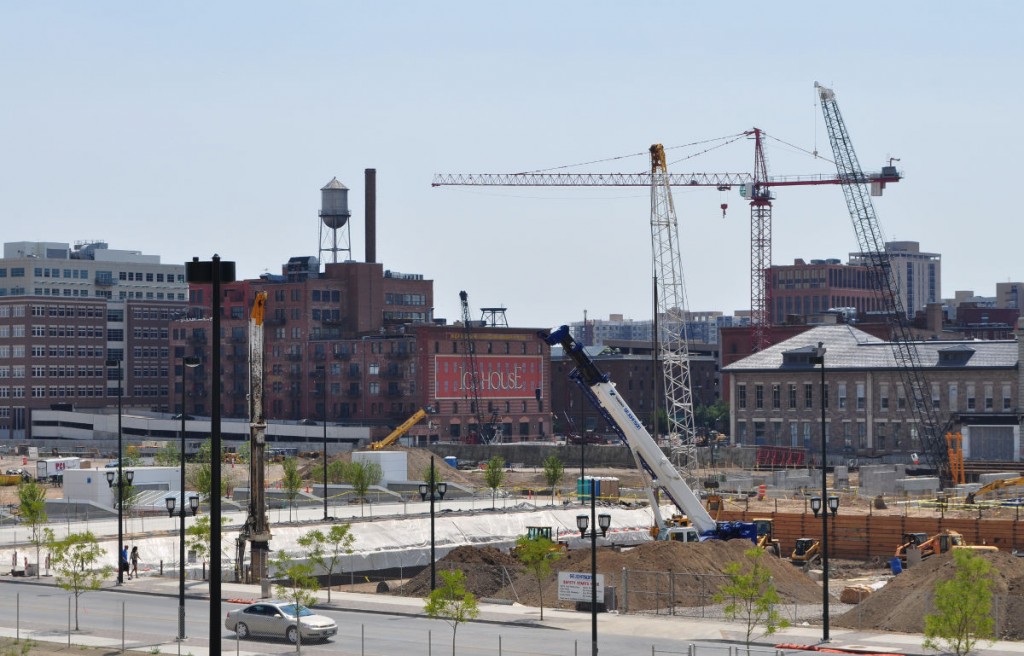 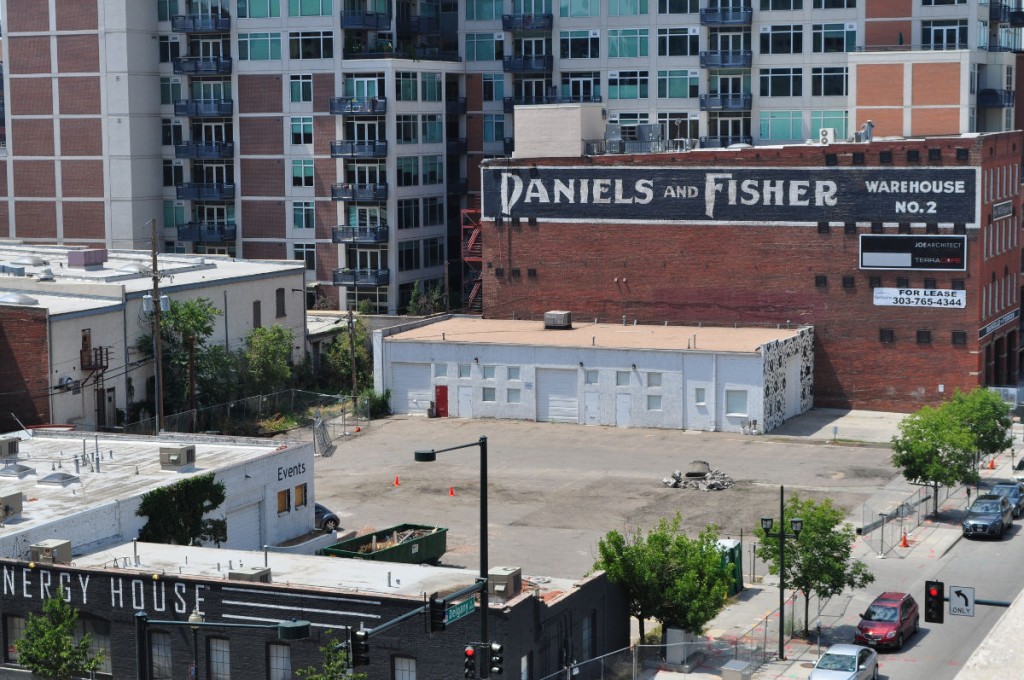