The final phase of the Cultural Center Parking Garage mixed-use development project next to the Denver Art Museum is moving forward.

When the Daniel Libeskind-designed Hamilton Building at the Denver Art Museum opened in 2006, the project also included the new Cultural Center Parking Garage, wrapped on the west and south sides by the Museum Residences. The final phase of the project envisioned more residential units in a tower at 12th and Broadway as well as along the east side of the parking garage facing Broadway. That final phase never got off the ground, however, before the recession hit.

With the improving economy, the final phase of the project is back… except now the proposed development will consist of office space and a boutique hotel. Here is a Google Earth image where I’ve outlined the project location: 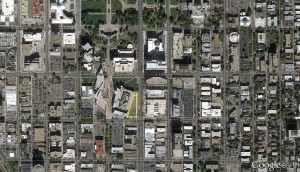 The developers, Corporex Colorado and Mile High Development, are currently marketing the office component of the project, known as Museum Center. Museum Center will include a total of about 50,000 square feet of space located on the second and third floors and a portion of the first floor. Other ground-floor functions include the lobby and the porte-cochère. The fourth floor will feature meeting rooms, entertaining and catering spaces, and a large outdoor deck. The hotel component, known as The Art Hotel, will include 165 rooms on floors five through nine.

Here are some renderings of the project. The architects, LoDo-based Davis Partnership and Studio Daniel Libeskind, produced a clean, contemporary design that is compatible with the museum and first phase’s iconic geometric style.

A view from above looking down at the 12th and Broadway corner: 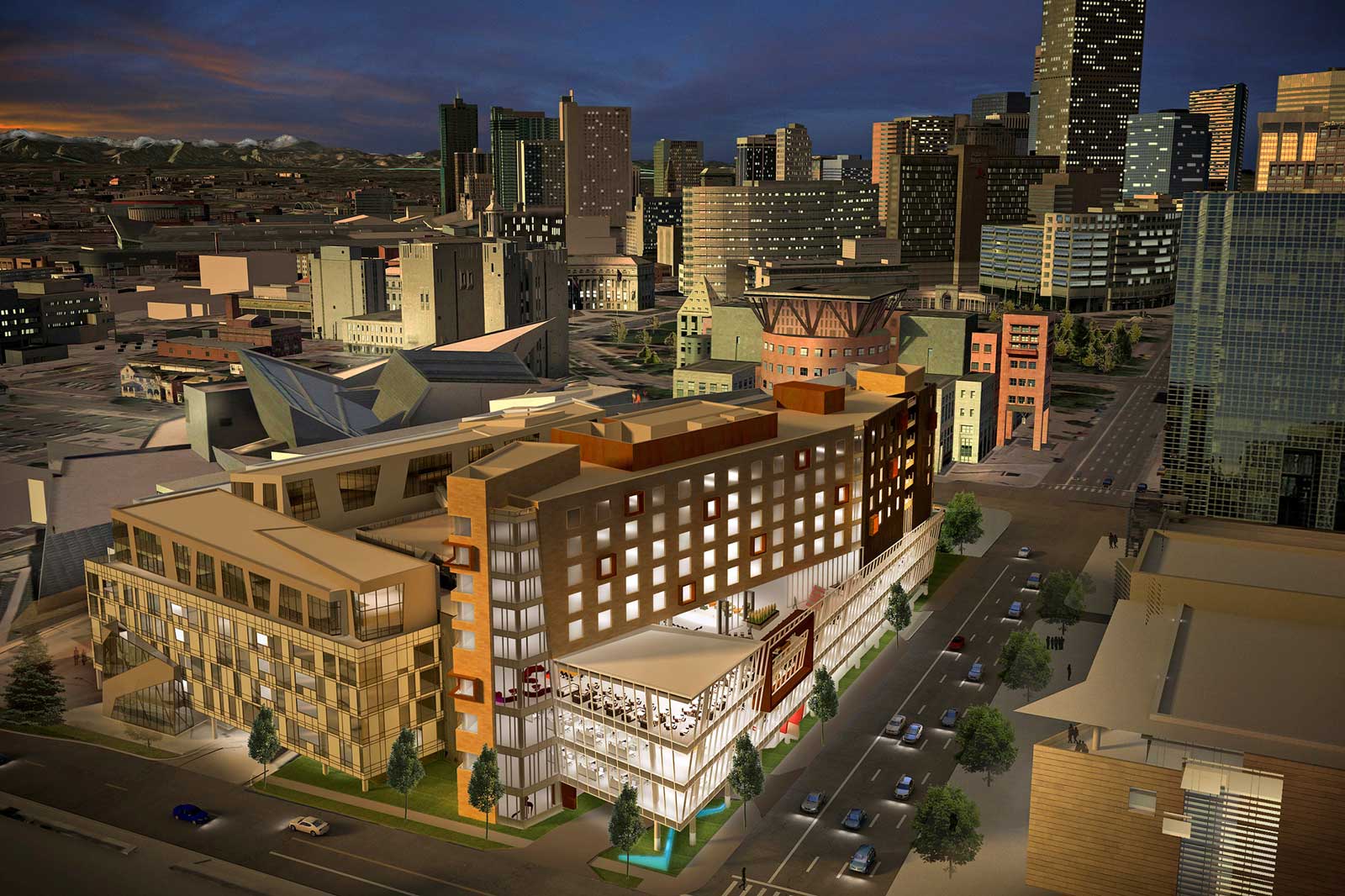 A close-up view of the Broadway facade: 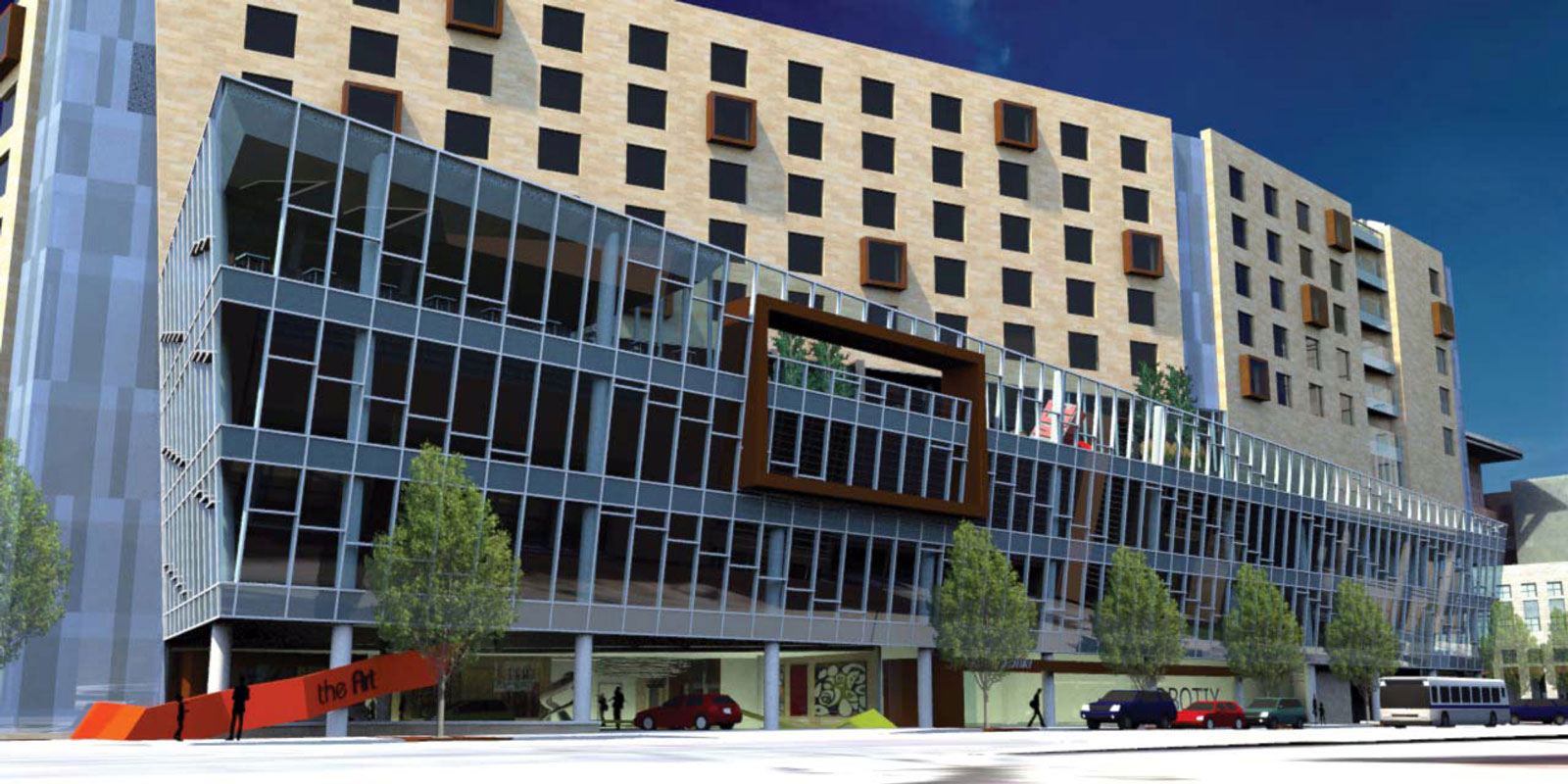 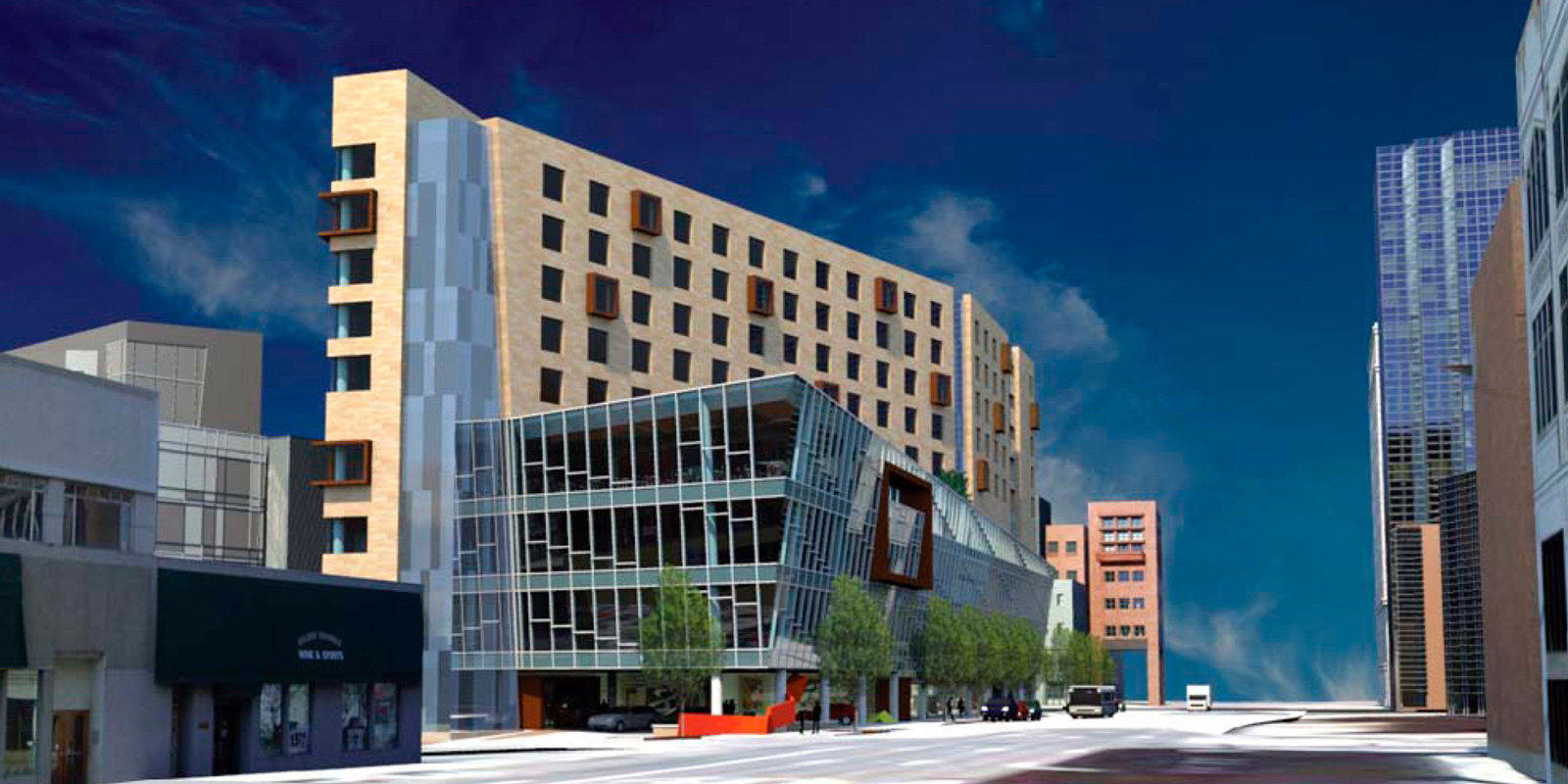 The view looking south from 13th and Broadway. (FYI, the north side of the parking garage at 13th and Broadway will remain undeveloped. That corner currently features a small park that serves as a storm water detention area, but for the long term, the corner was reserved as a future expansion site for the main Denver Public Library.) 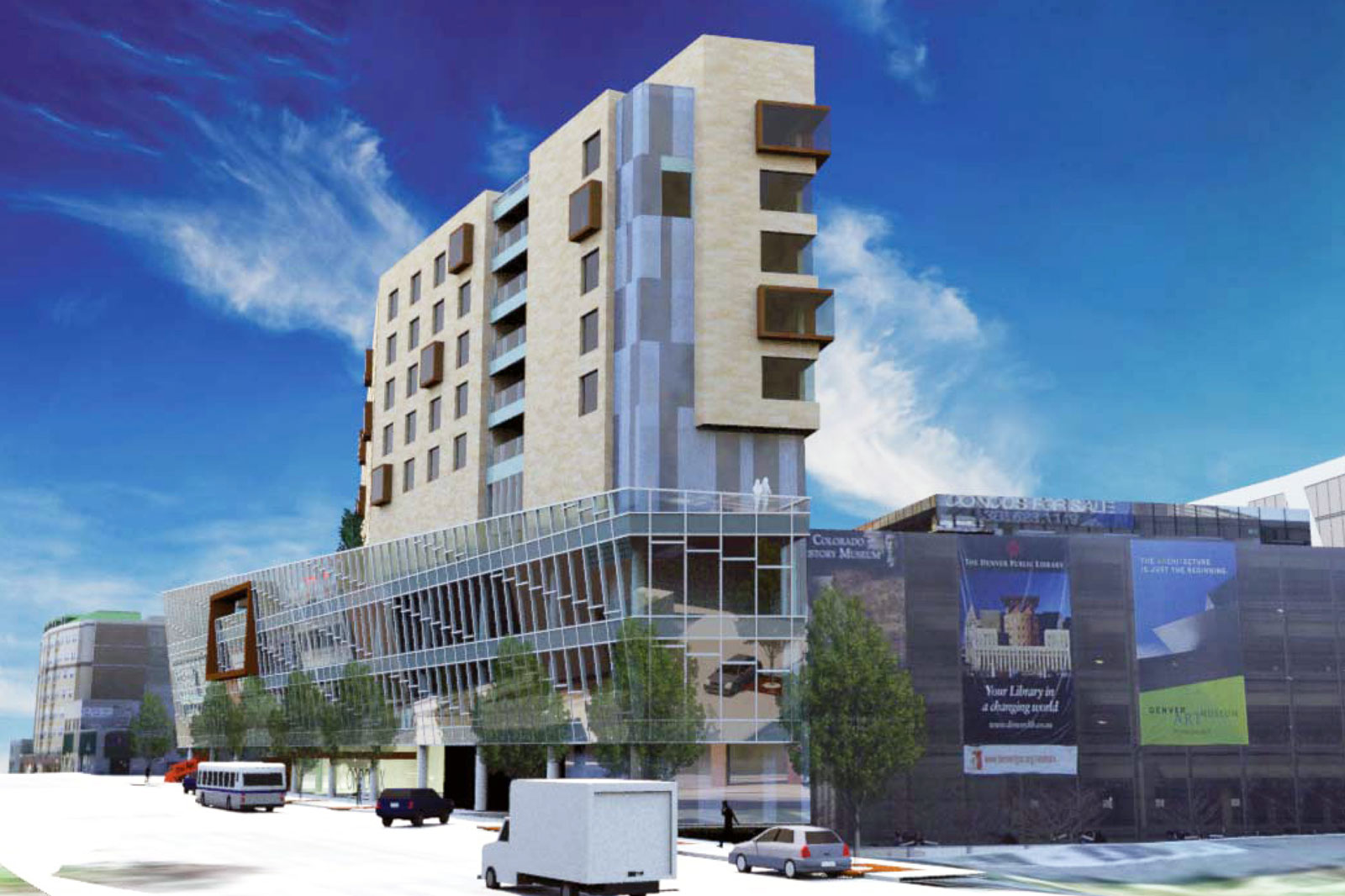 This project will put the finishing touches on the stretch of Broadway between 14th and 12th that has dramatically improved with the completion of the Ralph Carr Colorado Judicial Center and the History Colorado Center. I hope this final phase of the museum project will get underway soon.