Back in February, when we last visited the South Lincoln Redevelopment, most of the buildings for the first three phases were still under-construction and major street-scape work had not yet started. Now, six months later, we are finally starting to see how this redevelopment is taking form. Just like the last update, I am going to be using maps to navigate you around this project. Let’s begin!

Just up the street from the 10th and Osage light rail station, and just behind the Buckhorn Exchange, a new building named The Mariposa is complete and residents have already moved in! 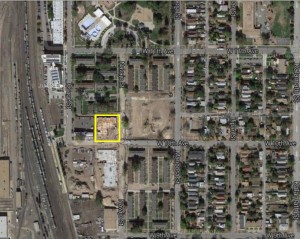 This building, rising 4-stories, has a giant metal flower structure in its front plaza area and solar panels on its side giving this building a very unique look; perhaps the most unique out of all the phases so far. You can clearly tell huge improvements have been made to the sidewalks complete with bulb-outs, improved street lights, and soon to be trees and planters. 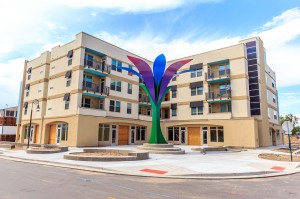 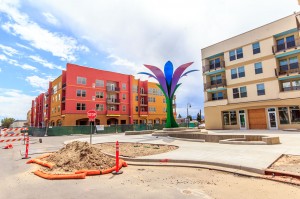 Parking is in the rear of the building and is covered up along the sidewalk. There will be a future phase going in behind this building creating an alley but we’ll get to that later. 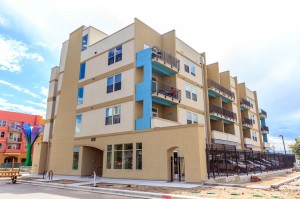 Next up, we are heading across the street to the south side of 10th Avenue along Navajo. 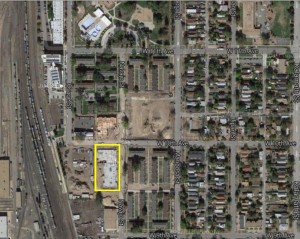 This multicolored 4-story building is much larger and is a half a block long. Construction for this phase should be wrapping up very soon. 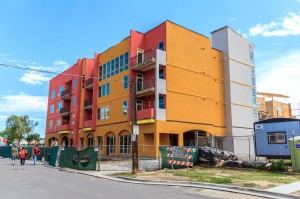 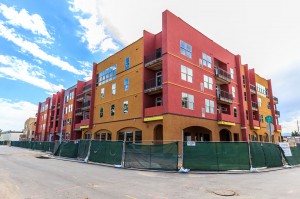 Directly east of this building, another lot has been cleared and construction for another phase has commenced. 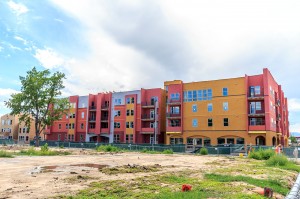 Last but not least, let’s head over to phase III. This is the largest of all the buildings in the first three phases. 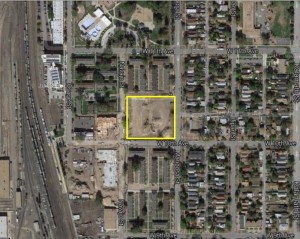 There is a pattern between all the phases, they all are 4-story buildings yet each building is unique in shape, color scheme, and facade. 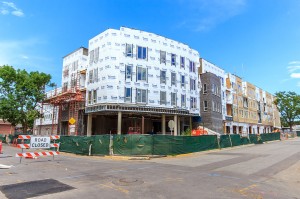 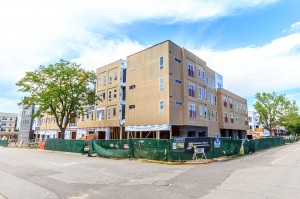 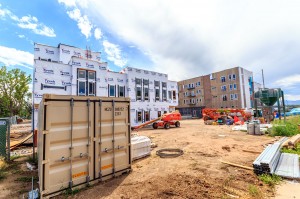 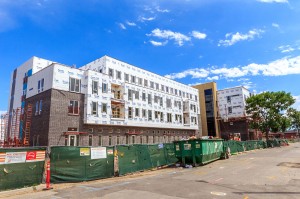 Somewhat kitty corner to phase III, another huge site has been cleared for another future phase which is outlined here. 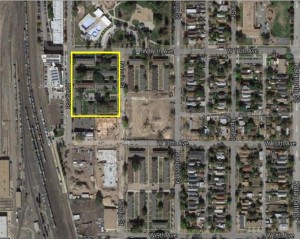 And a picture of the site which sits right behind 1099 Osage. 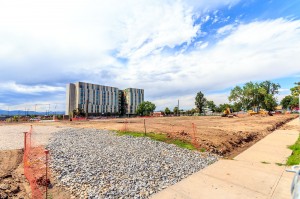 The South Lincoln Redevelopment will have a total of six phases. One phase is complete, two are very close to completion, and site preparations have begun for two more phases. This is a huge project! Residents in these buildings will also have quick access to the 10th and Osage light rail station which has been a very underutilized station in years past.