Let’s stay on Platte Street to look at another new infill project! Galvanize, currently located in the Rocky Mountain Note building in the Golden Triangle neighborhood, has been very successful and will be expanding their operations into the Central Platte Valley. Similar to Shift Workspaces, Galvanize is a shared co-working center made for start-ups and small businesses. In these work-spaces, you would have the ability to rent a seat, station, or small office which is, once again, great for start-ups and newly established businesses. Now for the infill! Galvanize 2.0 will be situated on the southeast side of Platte between 16th and 17th. Here is a map with the site outlined. 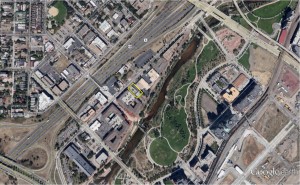 Galvanize 2.0 will contain 60,000 square feet of co-working space rising 5-stories and since Platte Street is a retail corridor, the ground floor of Galvanize 2.0 will be dedicated to retail. Below are some conceptual renderings thanks to Open Studio | Architecture. These are not the final designs of the building but we can expect a modern glass and brick building. 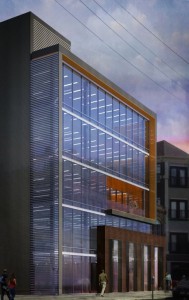 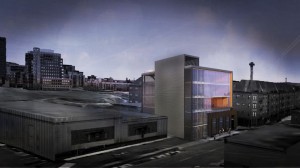 Currently there is a 2-story brick building on the site which will be demolished to make way for Galvanize 2.0. I really wish they could have found a way to incorporate this neat little building into the development! 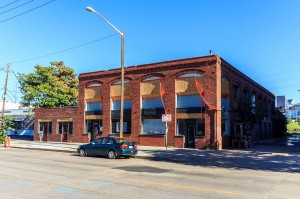 Construction is expected to start later this year with completion around Fall 2014.