Ground has recently been broken on phase one of a new sustainable townhome project south of Lake Middle School in the West Colfax Neighborhood.  The site for the project (as shown in the site plan below) was once the site of four, minimalist, two-story brick apartment buildings set parallel to W. 17th Avenue, with large amounts of green space in between buildings. 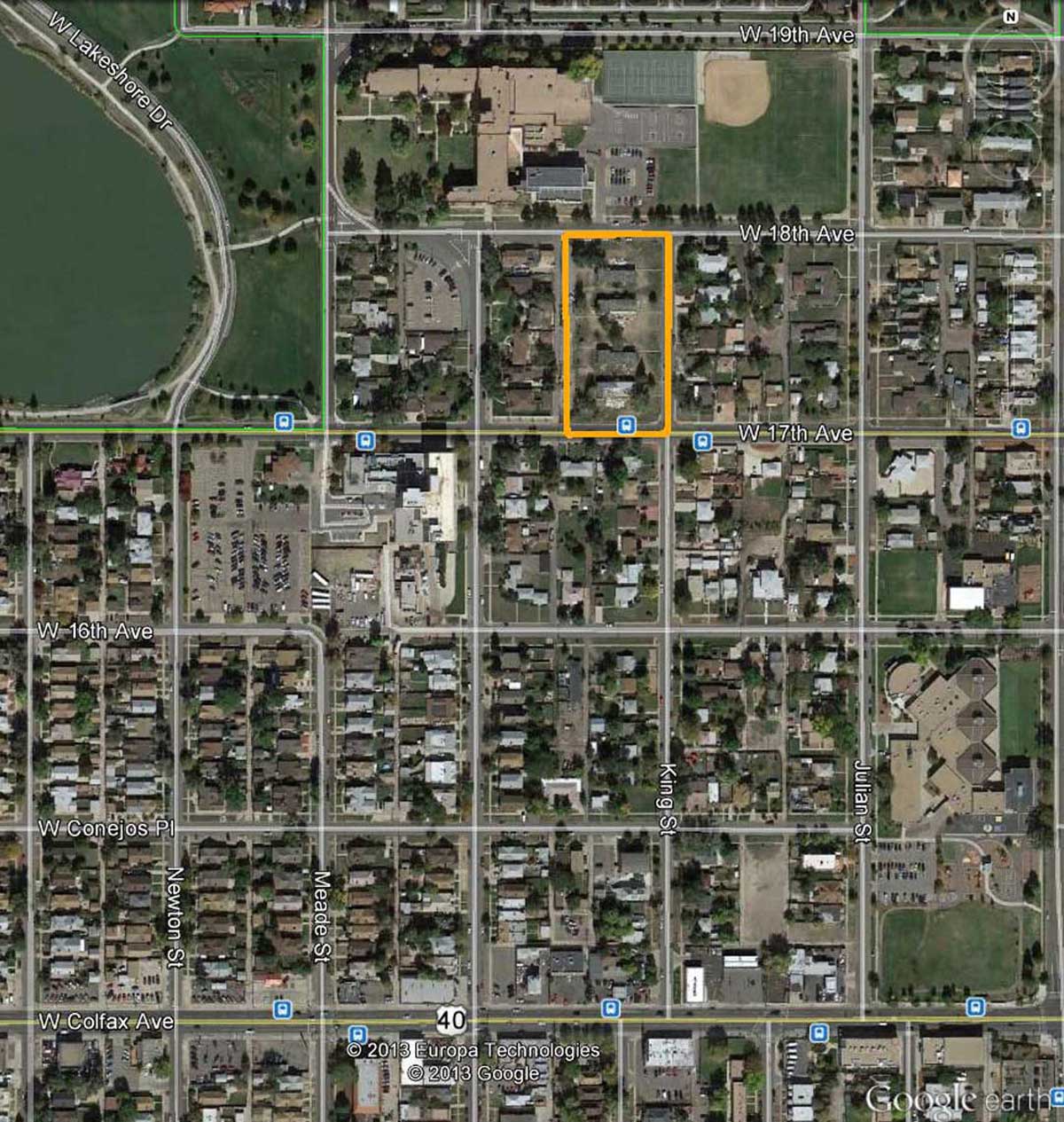 The buildings, built in the 60s, had become so run down over the years that they were almost uninhabitable. Recently TreeHouse Brokerage and Development bought the property and demolished the buildings. With the help of Studio H:T Architecture, TreeHouse is creating FRAMEWORK at Sloan’s Lake, a 28-unit, LEED for Homes townhome community. Each unit is three stories with a private roof-top deck, but they range in size from two bedrooms up to four bedrooms. The 28 ultra-modern townhomes nicely define the street and alley edges of the property (unlike the old buildings) and enclose a private courtyard maintained by the development company. 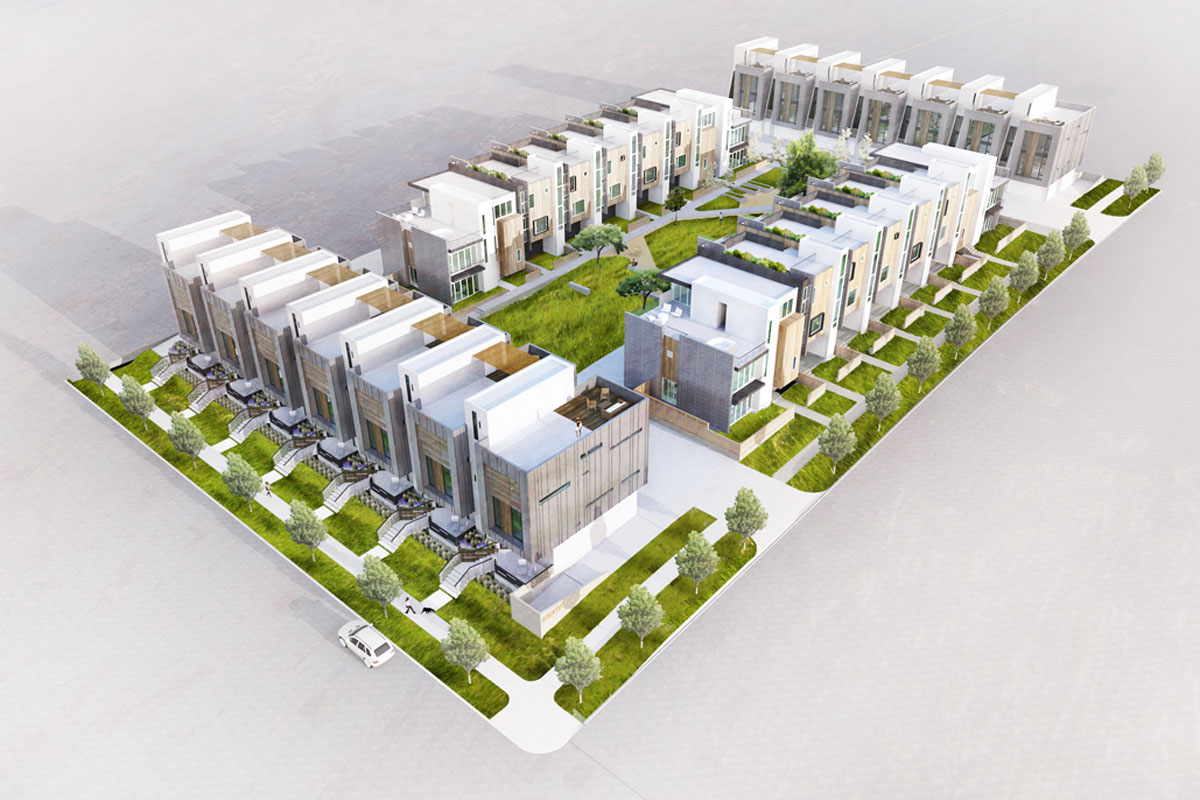 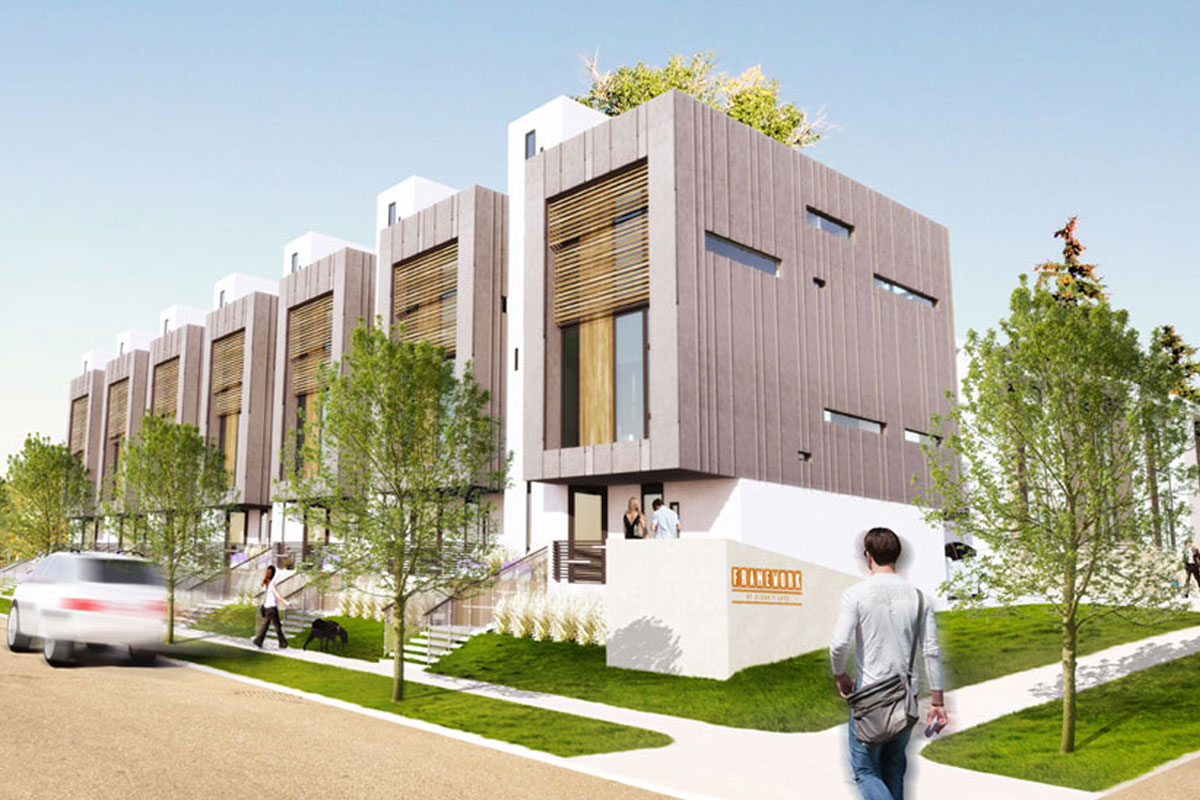 There is currently much work happening on site. As the site sits on the crest of a small hill, there is a lot of grading work going on and much of the site is currently just a big dirt pile. Nevertheless, construction of the foundations for the first phase, which includes the East Building along King Street and the North Building along W. 18th Avenue, is now mostly completed and framing should start soon. 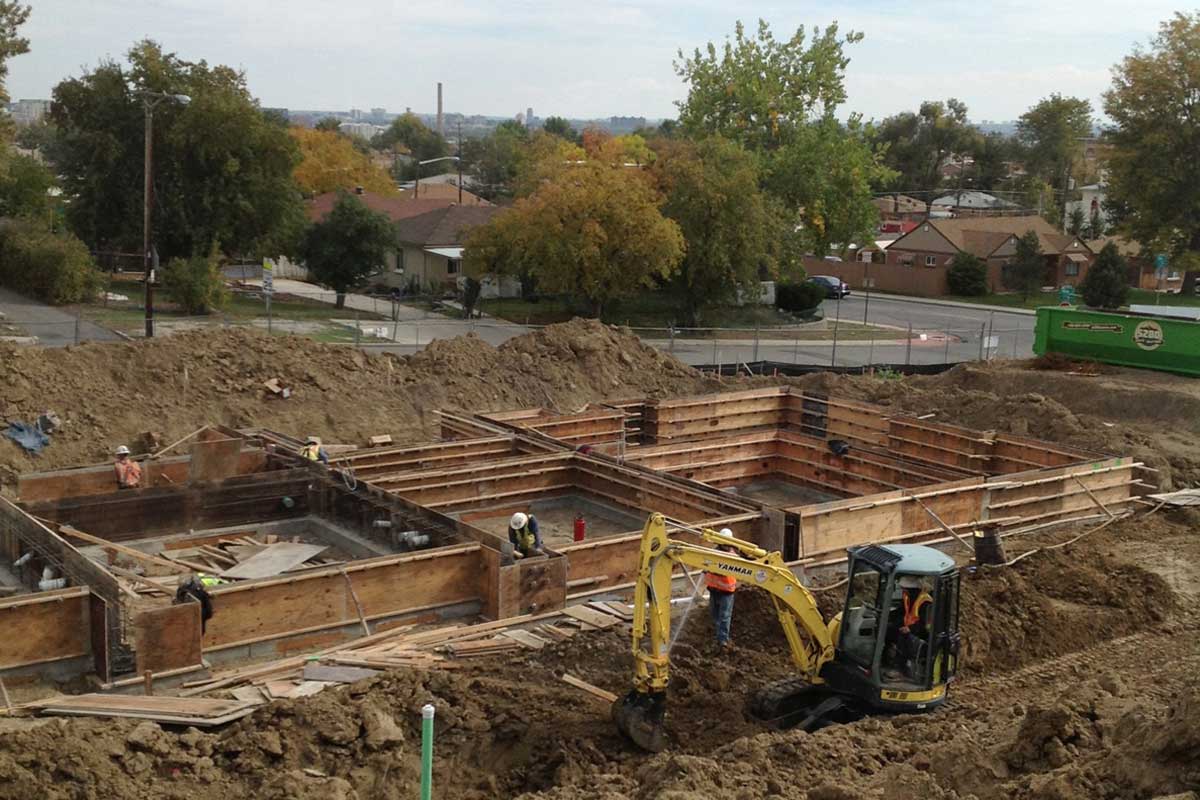 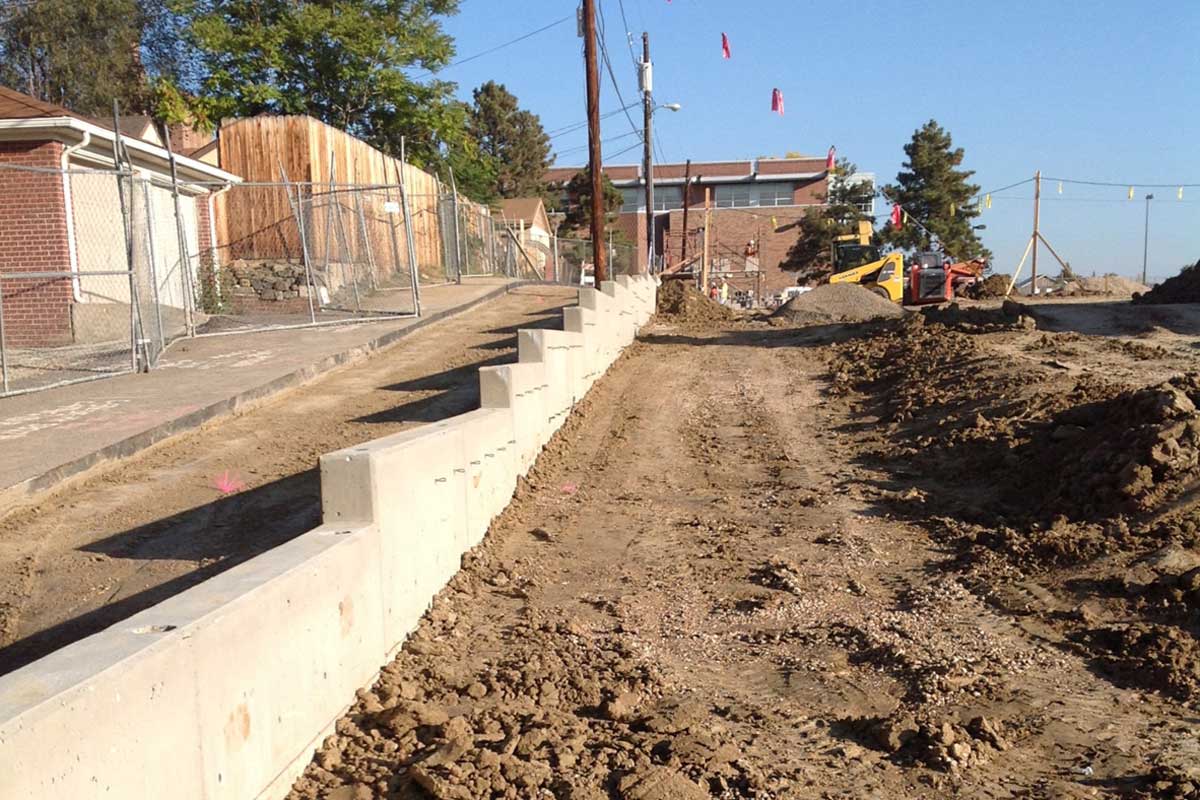 According to the developer, 13 of the 14 units in Phase I are already under contract (an amazing start for this new project). Phase II, which will include the South Building along W. 17th Avenue and the West Building in the interior of the site offering units that front the private park amenity, comes to market in early 2014. Once completed, Framework be another feather in the cap for West Colfax, which is beginning to see some much needed redevelopment.

Chad Reischl is an aspiring urban planner with a background in architecture and landscape design.  He has a Master’s in Urban and Regional Planning from UC-Denver with an emphasis in urban place making and economic development.  Chad is currently a resident of the West Colfax Neighborhood of Denver and is co-president of the West Colfax Association of Neighbors (WeCAN).  He is dedicated to creating sustainable, healthy, and well connected urban communities for future generations to enjoy.