It’s not only the Lower Highland neighborhood that’s experiencing an infill boom. Just to the south, the Jefferson Park neighborhood has a significant amount of infill going in, ranging from townhomes to several hundred unit apartment buildings. Today, we are going to take a quick peek at the ‘Row Houses at Jefferson Park’ project.

As a refresher, this is a 29-unit for sale townhome project. This project broke ground in April and since then, some great progress has been made. Most of the structural work along Frontview Crescent Drive is complete, with some finishing materials starting to show, and site prep has begun for the units along Clay Street. 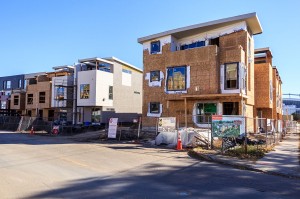 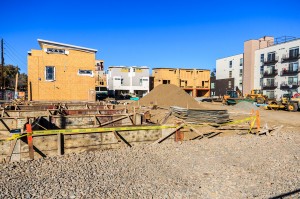 These homes are right across the street from the huge Element 47 project, which we will also update you on very soon! With all of the new infill, this area of Jefferson Park will be more active than it ever has been. This project is expected to be complete around April 2014.