For the final part of our Denver Union Station Transit Center grand opening coverage, we are going to head back under the very impressive commuter rail train canopy. This was the first completed piece of the transit center when it opened to Amtrak back in February, however our coverage would not be complete if we didn’t photograph it at grand opening!

There are a total of eight tracks, with six of them under the canopy. Tracks 4 and 5 will be used for Amtrak and private excursion trains. These tracks are also more shallow in the ground than the other tracks. As previously mentioned, Tracks 4 and 5 also provide access to the underground bus terminal.

The other tracks, which will be used for the commuter rail trains, are deeper; much like your typical subway track. 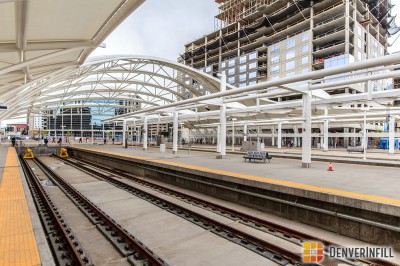 Here are a couple more pictures from under the canopy. The pedestrian bridge is still closed, but we suspect it will be open by the time the historic station opens on July 12th. 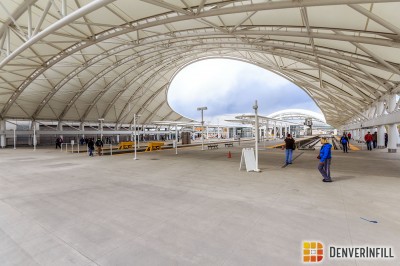 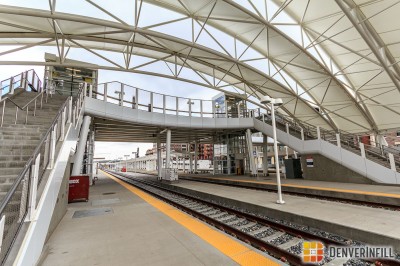 That’s a wrap on our grand opening coverage! You are now up to speed on the grand opening festivities, underground bus facility, Wynkoop Plaza, and now the new commuter rail train station. As a great bonus, we even got some awesome aerial shots from Shawn Murry of CloudBase Aerial Imaging. The next time we cover the Union Station redevelopment will be when the historic station opens on July 12th. We’ll see you then!