Projects included in the map and table below are those that are new construction projects with an office component that have been completed, are under construction, or proposed since January 2010 and located within a 1.5-mile radius of a geographic central point (17th and Arapahoe) in Downtown Denver. Projects outside of the green circle but within the extent of the Google Earth aerial image are not shown. A project is included in the Proposed category if a development application has been filed with the city or if the project has otherwise been made public to some degree. The gross office square footage figures listed are approximate and the number of floors listed is for the entire building, not just the office portion in the case of mixed-use projects.

Here is a summary table to accompany the map. Click here to download both the map and table in PDF format. 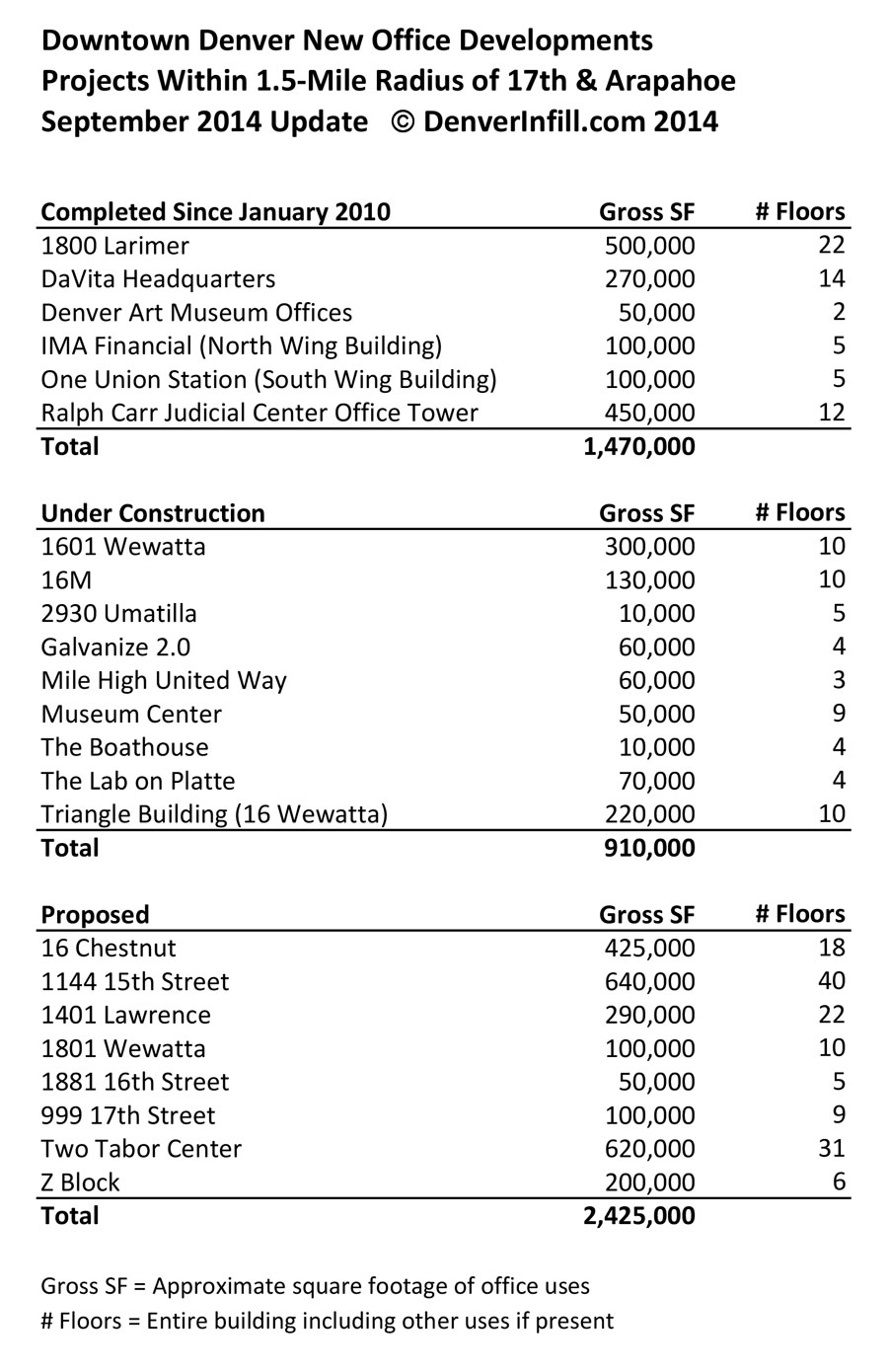 Nearly 1.5 square feet of office space has been developed in Downtown Denver since the start of the decade, and almost another one million square feet is currently under development. The Proposed projects that are most likely to break ground next are 1881 16th Street and 1401 Lawrence (probably before the end of the year) and 1144 15th Street is reportedly scheduled to start in May 2015. At the end of the 2nd Quarter 2014, the Central Business District office vacancy rate was a little over 12%.