It was about a year ago when we reported on a significant new office tower, 1144 Fifteenth, proposed by Hines for 15th Street between Arapahoe and Lawrence streets. Since then, the project has moved through the development review and approval process with the city while Hines and their architect, Pickard Chilton, have been working hard to refine the building’s program and design.

We’re happy to report that the official groundbreaking ceremony for 1144 Fifteenth is scheduled for Tuesday, June 9! DenverInfill will be there to take a few photos that we’ll share with you later that day. As the groundbreaking approaches, Hines is getting the site ready for construction as shown in the photos below.

The parking lot at the site has been closed and barricades and fencing are being installed: 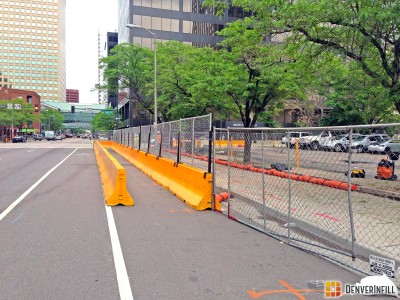 Due to the necessary closure of the curb lane during construction, the protected bike lane and traffic lanes along 15th Street are being realigned to remain open. David at Streetsblog Denver has more on this topic here. 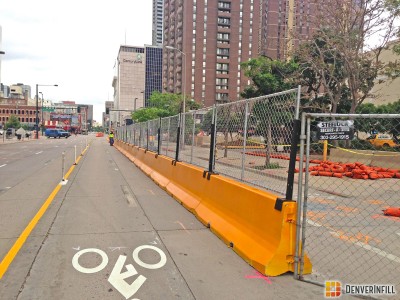 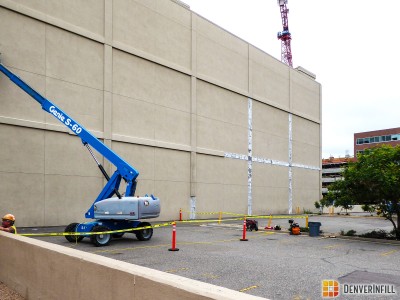 On Monday, June 8, we will have a special 1144 Fifteenth Update #2 post where we will share with you a bunch of interesting facts and figures about the tower, as well as the official final project renderings straight from Hines!