Let’s head over to the Speer neighborhood and check in on the twin 30-story towers that will define the South Central Denver skyline. Since the tower cranes went up in September, the Country Club Towers are now starting to go vertical!

As we described in our first update, this site is incredibly hard to access. So, we are going to start with some ground level photos and finish with aerials. All of the underground and foundation work is now complete and the podium for the west tower is now up to four-stories. 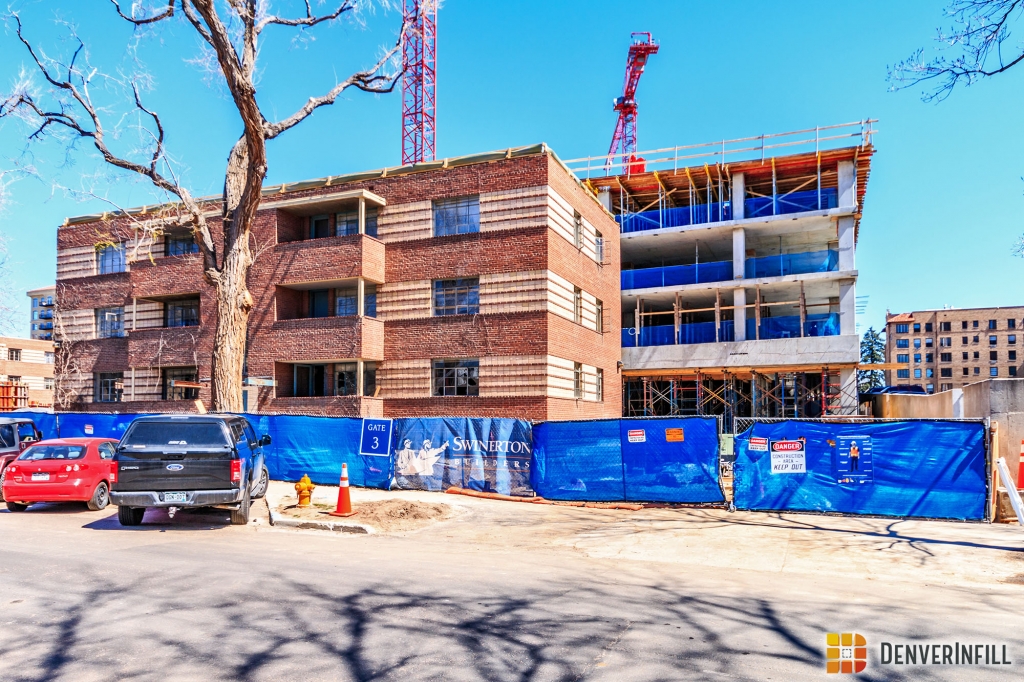 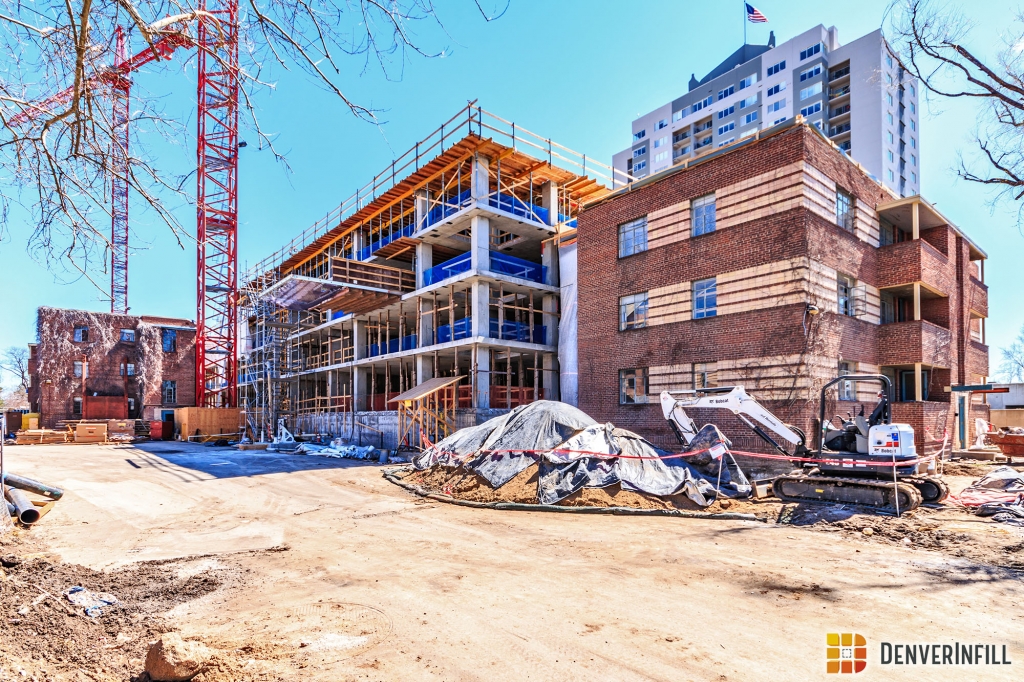 Here are two more photos of the podium for the west tower going up. 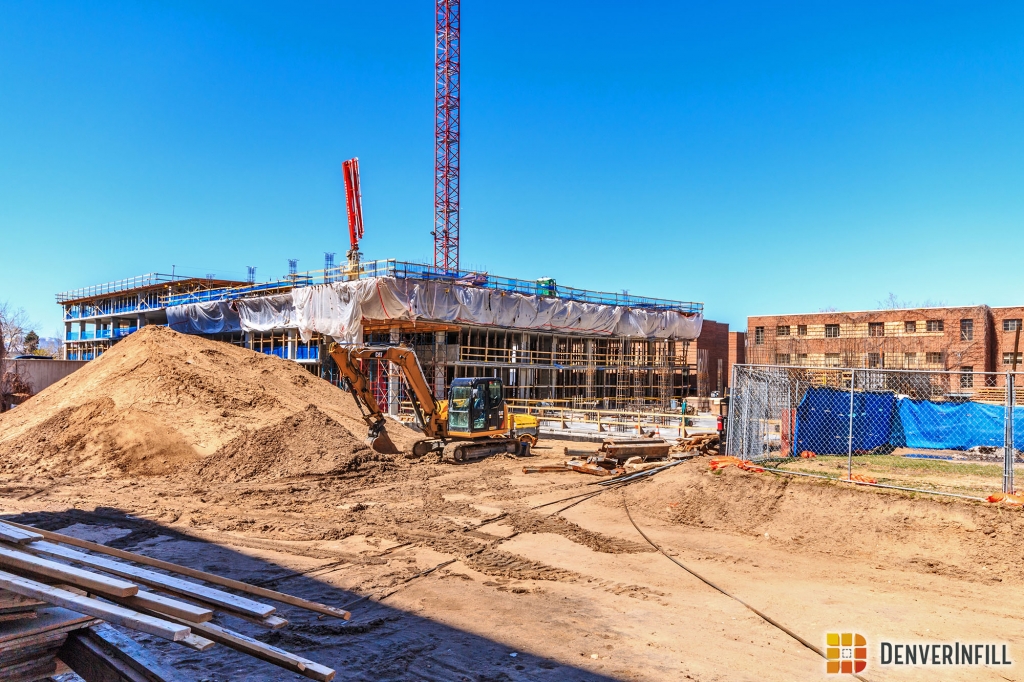 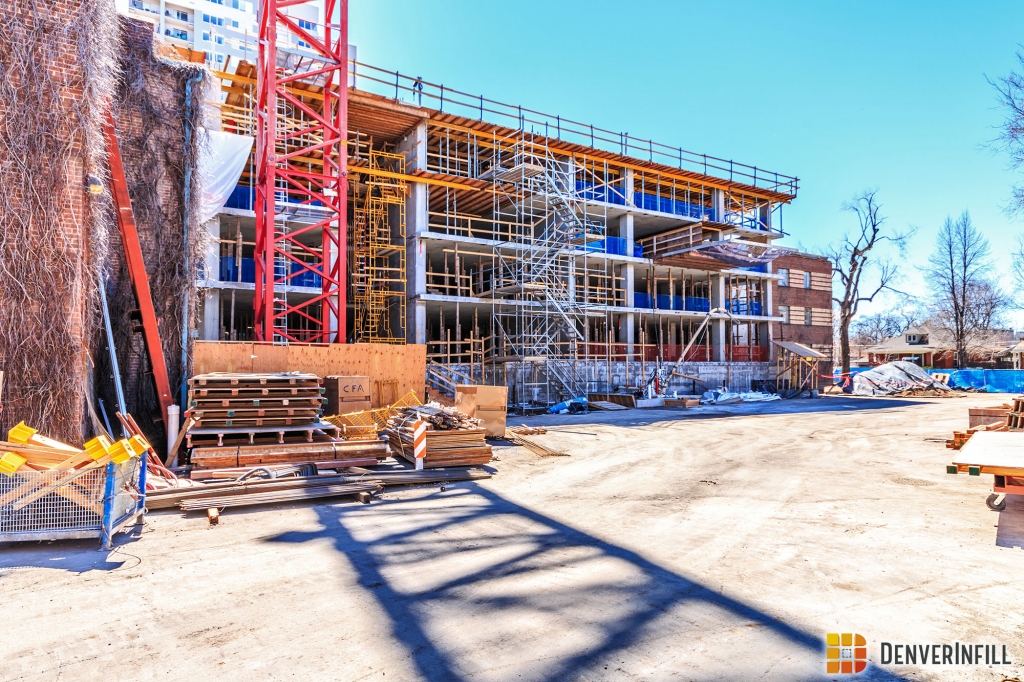 The podium for the east tower just broke ground level and is also starting to go vertical. The shared podium should top out this summer. 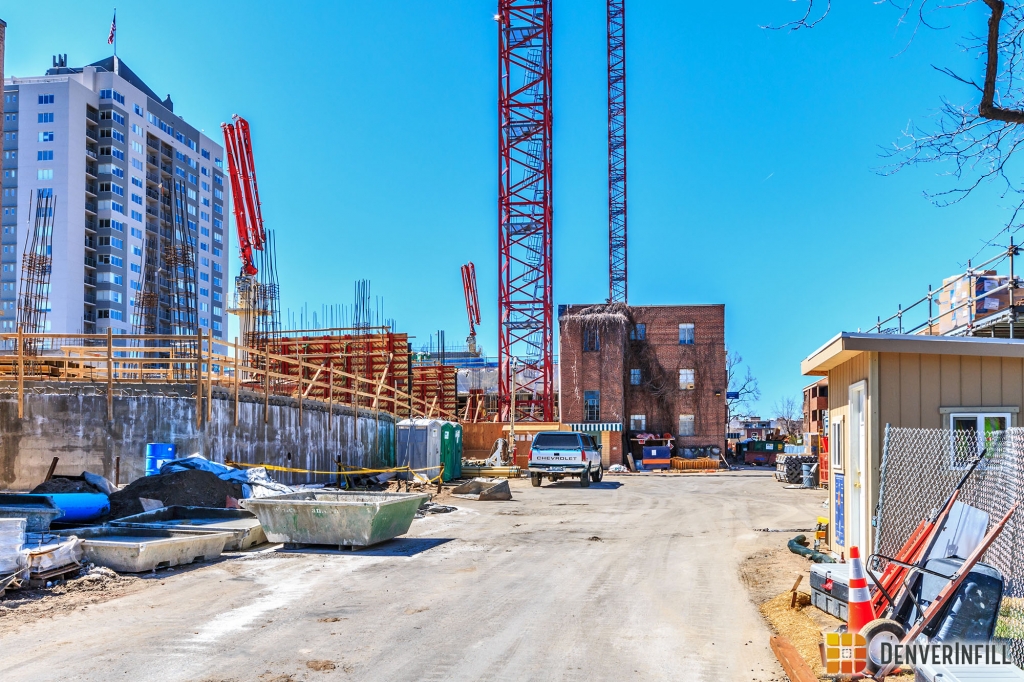 Hard to follow the ground level photos? I completely agree. Queue the aerial photography. Here are four elevations looking east over the project site. Hopefully this helps you decipher what is going on from what we described above. 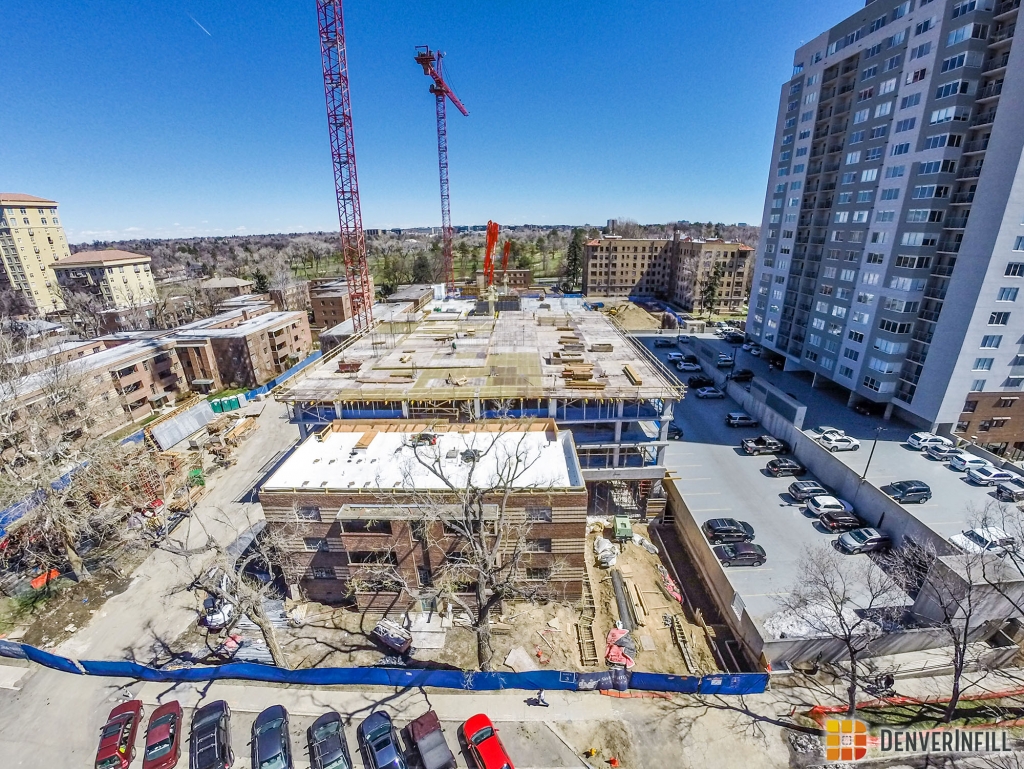 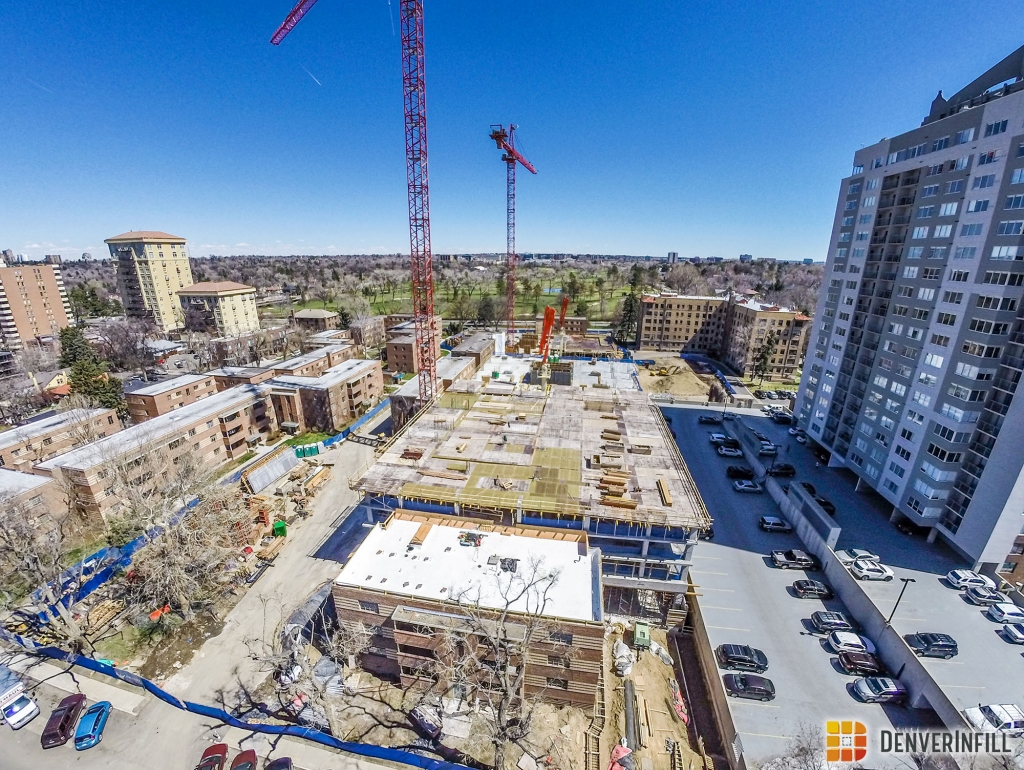 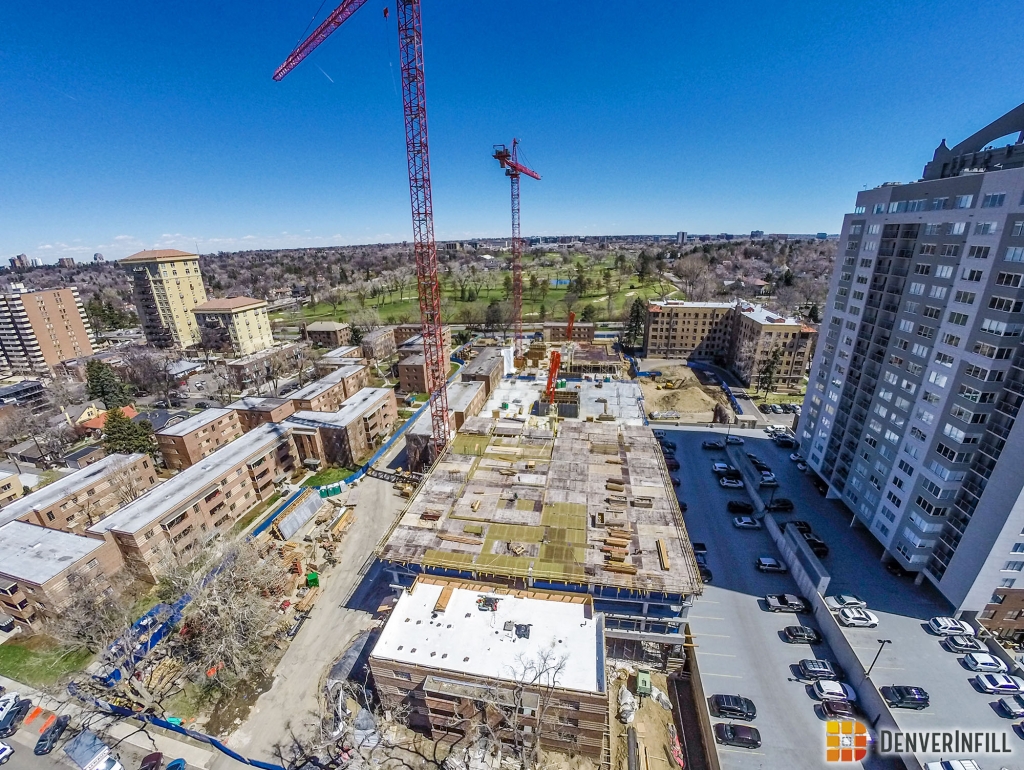 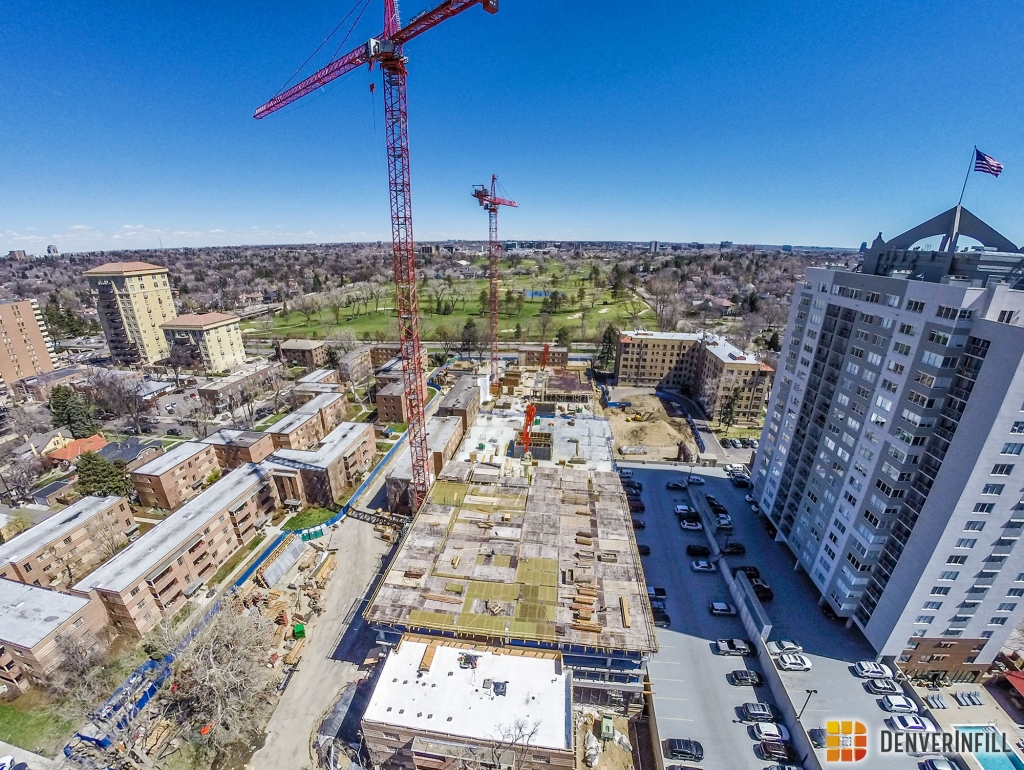 Now that these towers are out of the ground, we should start to see them rise fairly quickly. These will make a huge impact from both a skyline and street level point of view.

As a fun little bonus, how tall will the Country Club Towers be exactly? Just a few feet shorter than the Rocky Mountain Tower, also known as the ‘Darth Vader’ tower, that sits in Glendale. However, Denver scores two towers around the same height. 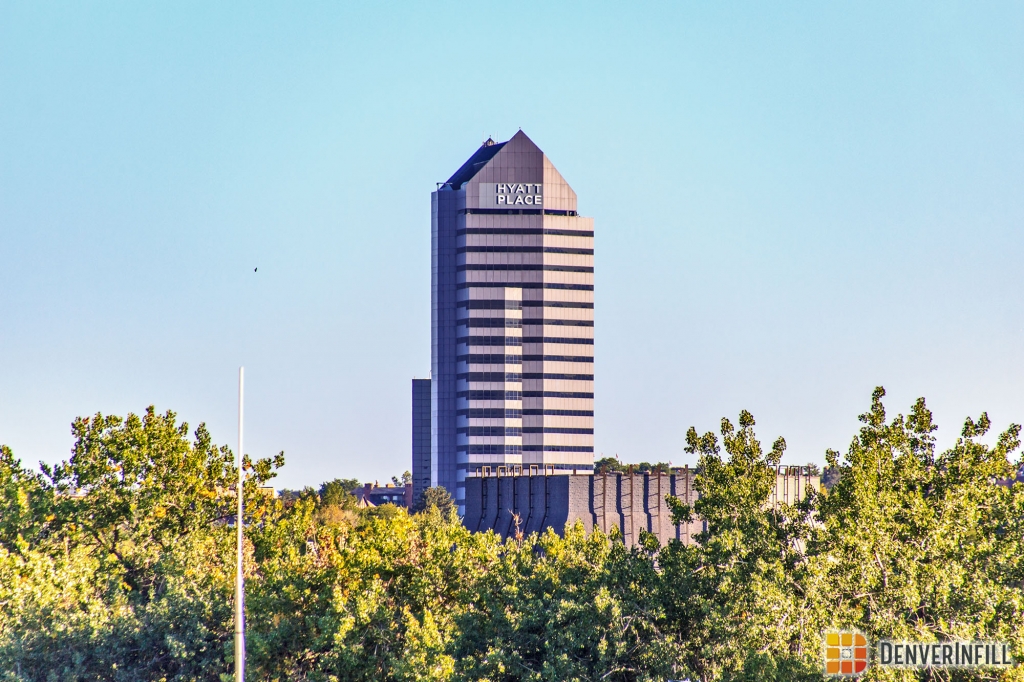