Union Station’s first mixed-income residential project is starting to make some progress. As a refresher, this is a four story, 108-unit apartment combining both market rate and low income units.

The concrete podium is now complete with the wood framing now up two stories. Here are two perspectives of the project from 19th Street. 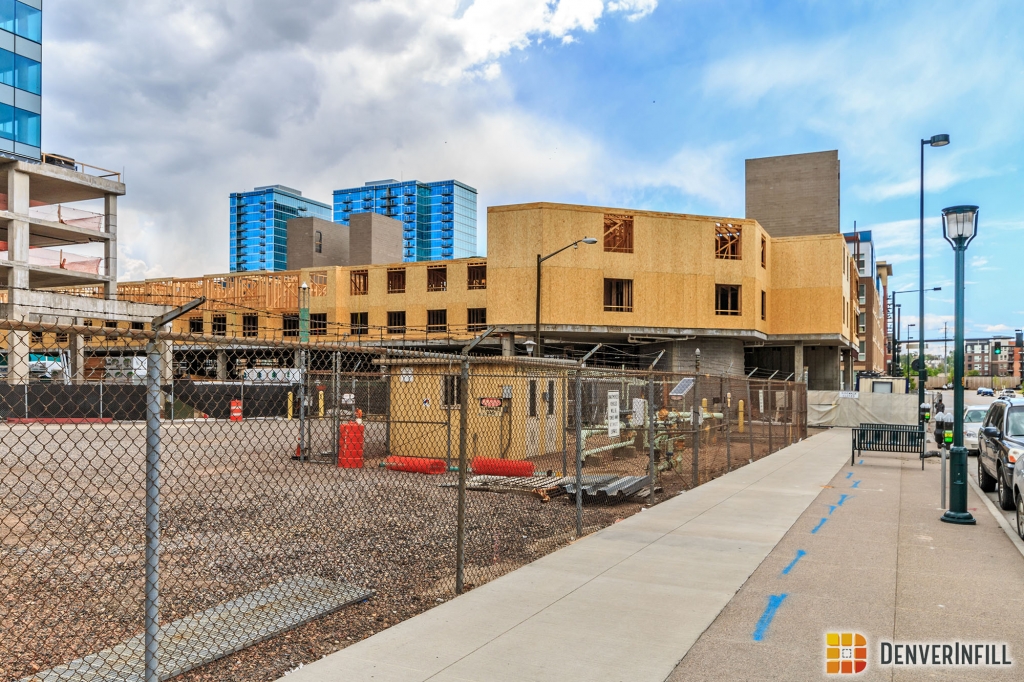 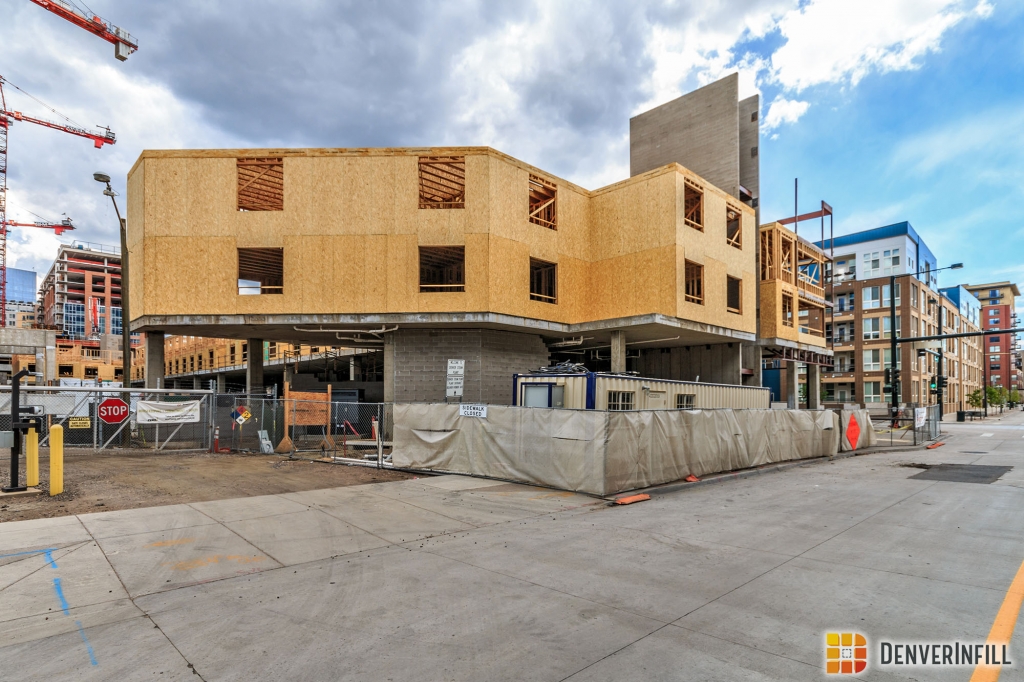 1975 18th Street has one more floor to go until it is topped out. This project takes the entire half block between 18th and 19th Street along Chestnut Place. 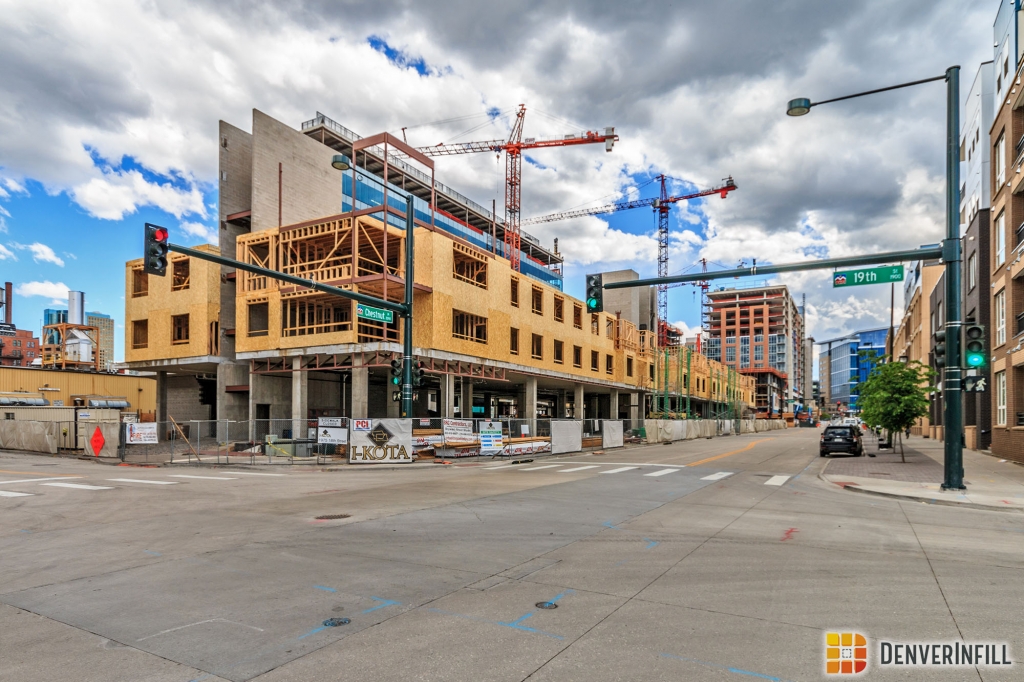 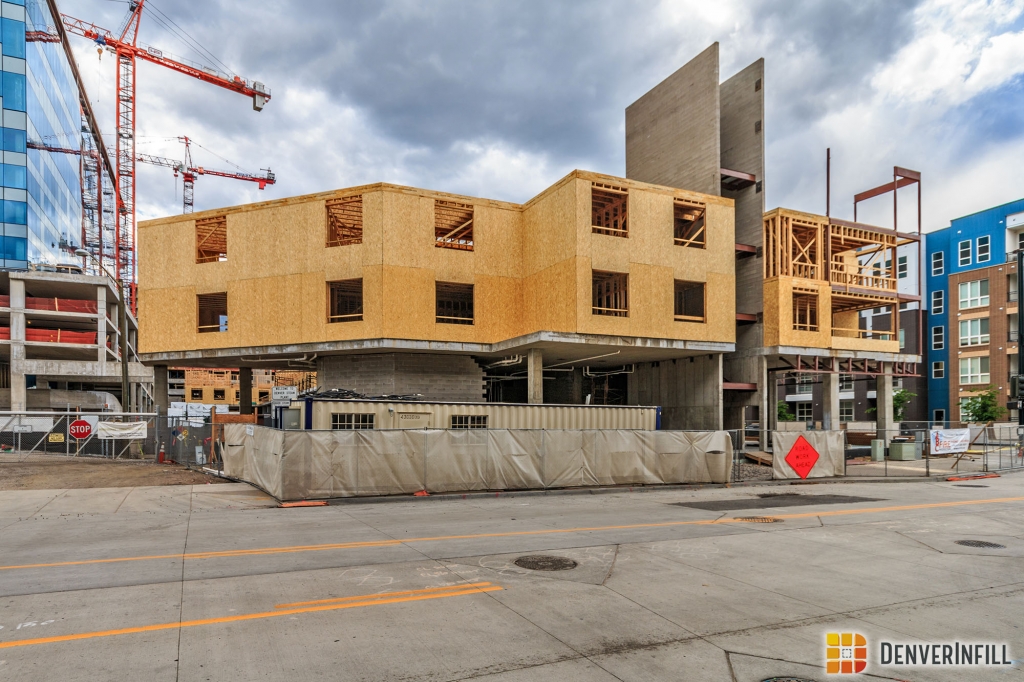 How about some bonus pictures? As I was out taking photos, there were trains everywhere; from light rail to the freight lines. Each photo features five trains, how wonderful! 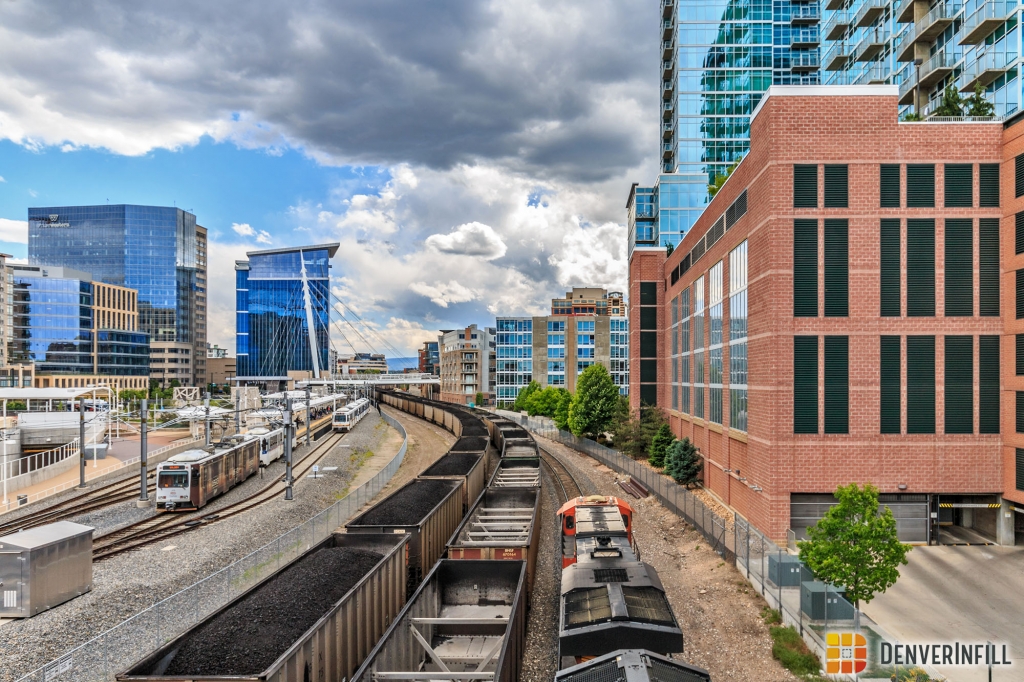 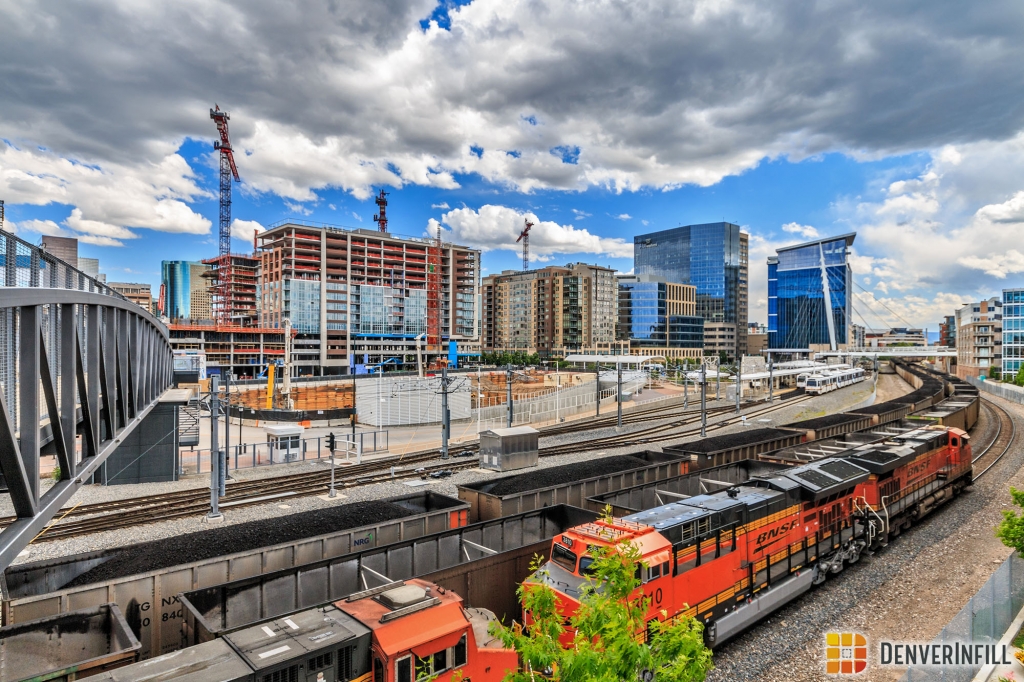 1975 18th Street is expected to finish later this year.