In May 2016 we announced that Unico Properties had proposed a new mixed-use development, 1615 Platte Street, next to the Highland Bridge. 1615 Platte Street is a 90,000 square foot, four-story project with about 80,000 square feet of office space and 10,000 square feet of ground-floor retail. The new building will wrap around the Highland Bridge’s circular ramp to help enclose the space within and around the ramp and make it feel more like an outdoor room, and to serve as the counterpart to the historic Zang Building (also owned by Unico) to frame the bridge’s plaza at Platte Street. Here’s a rendering from Open Studio Architecture we presented in May: 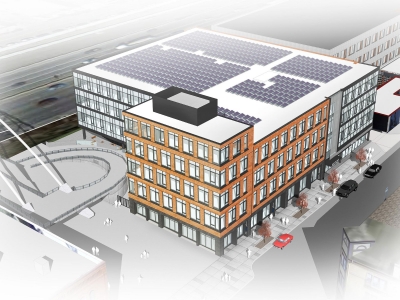 Since May, the site has been cleared and construction has begun. Let’s take a look!

In July, the site was fenced off in preparation for the demolition of the two surface parking lots and two small commercial structures that occupied the site: 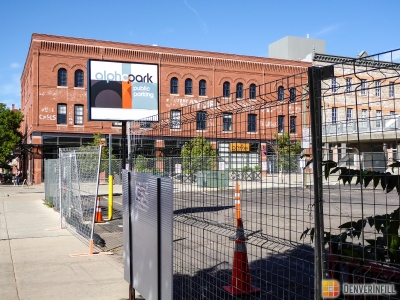 In August, the property was fully cleared: 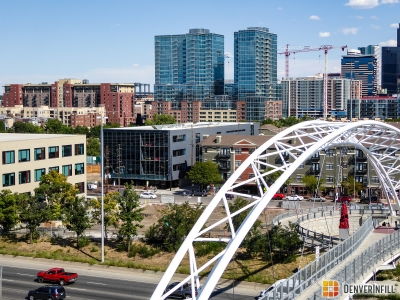 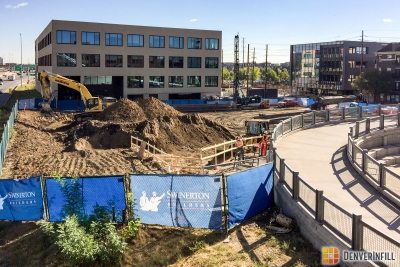 Now in October, excavation at the site continues… 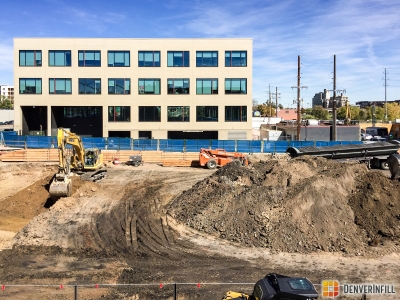 as well as along the site’s I-25 frontage. 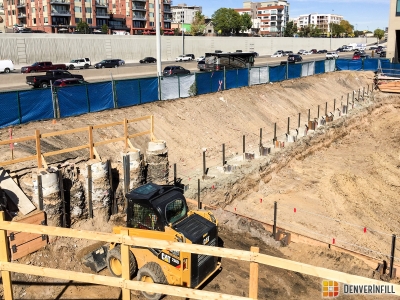 To wrap up this post, here’s a big panorama of the site as of this weekend:

If you zoom in on the panorama at full resolution and look between the Lab on Platte and the Nichols/Galvanize 2.0 Building, you can see the Riverview at 1700 Platte project under construction.