Residential development in Downtown Denver’s Arapahoe Square district continues full-steam ahead as another major project is about to break ground. As we reported in February, Lennar Multifamily Communities has proposed an 18-story, 329-residence apartment tower on the half block along Welton Street between 21st and 22nd streets. The surface parking lot at the site has been closed and construction is planned to begin early in the new year.

We also have some new project images to share with you. The look of the tower isn’t substantially different than what was shown in our first post, but the design has been refined and these new renderings are of higher quality. Here are three views looking east at the 21st and Welton corner: from above (left), from street-level (middle), and the 21st Street elevation (right): 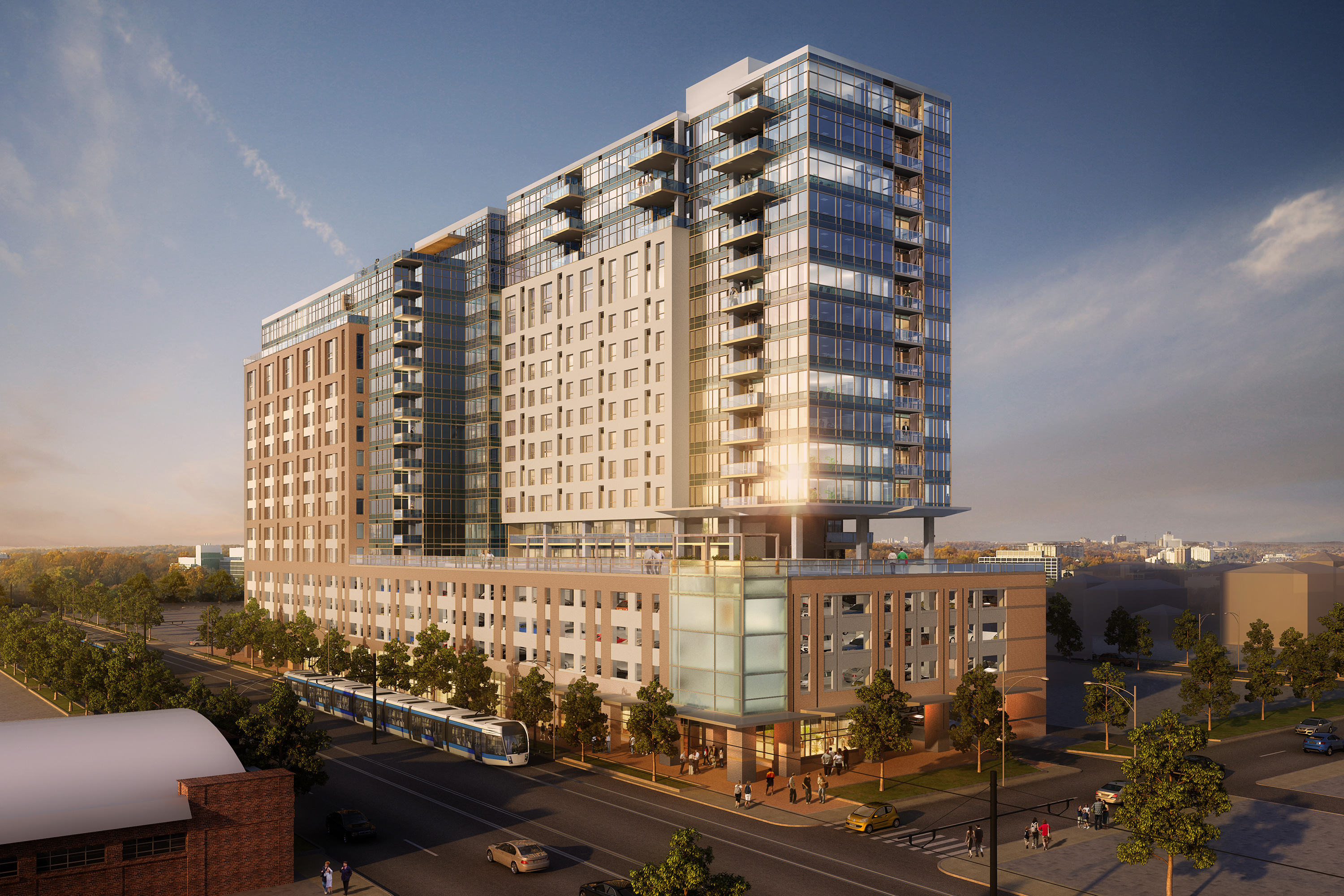 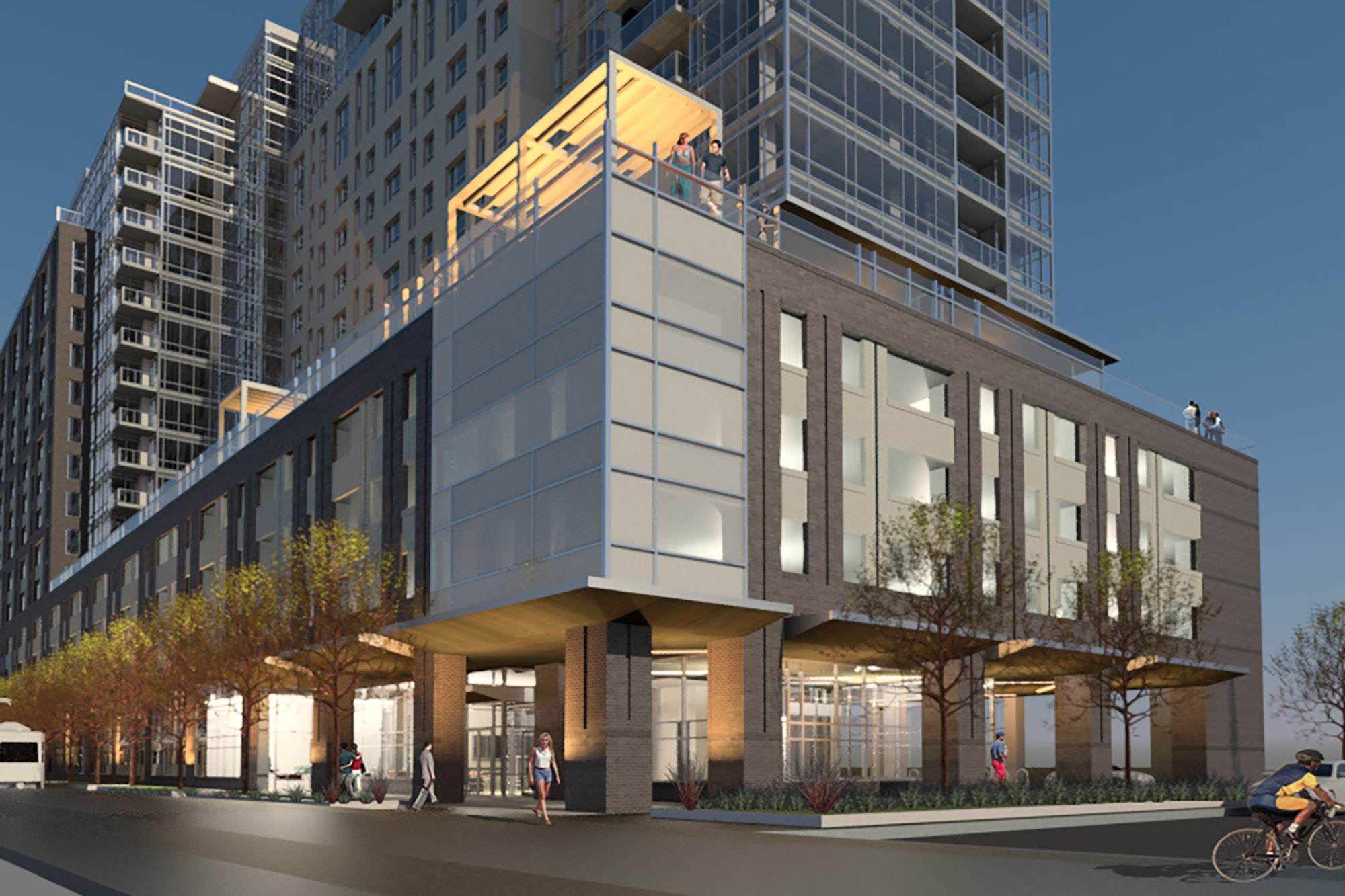 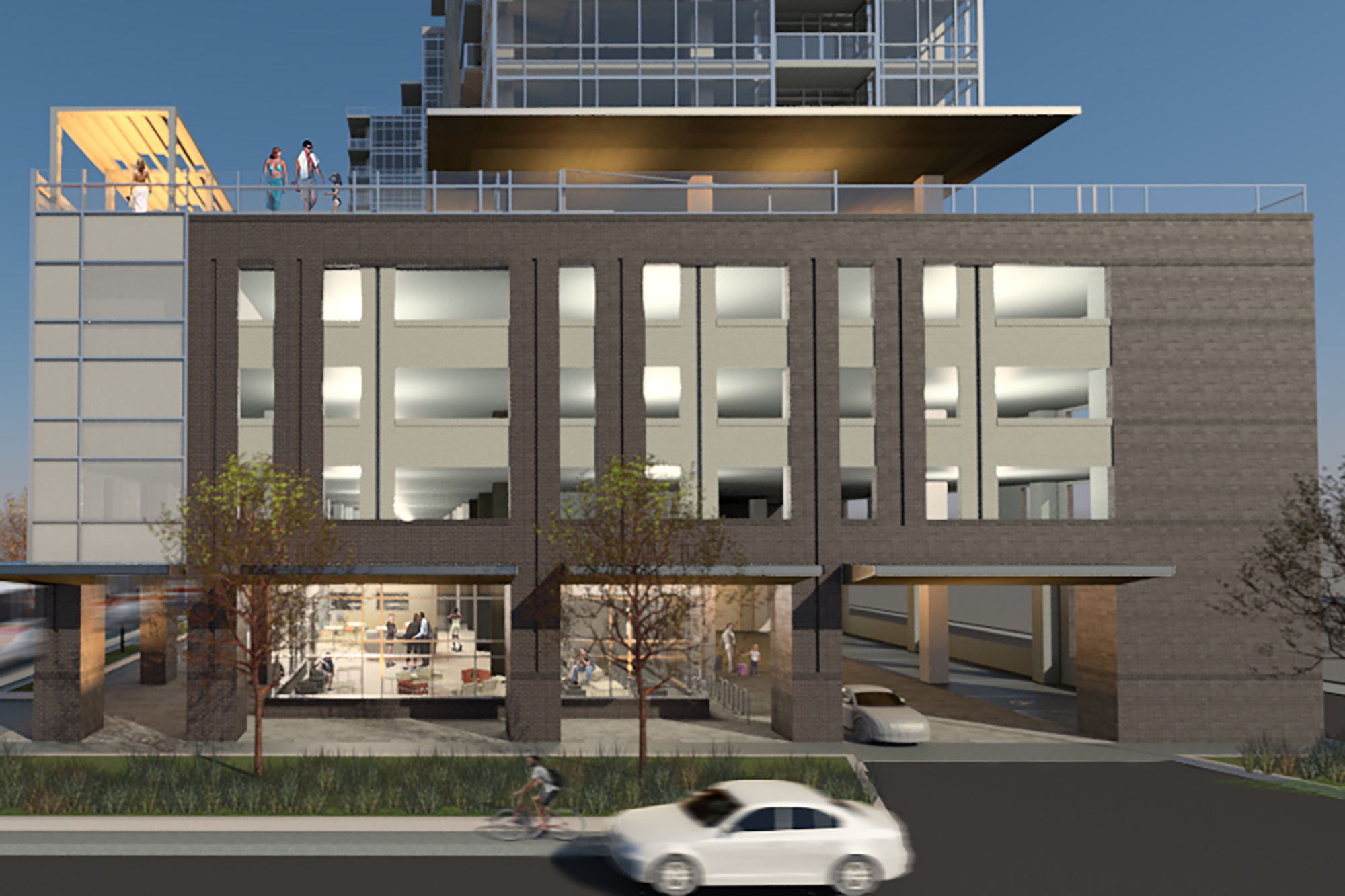 The above images are courtesy of Lennar Multifamily Communities and RNL Design, the project architect.

This project, along with two nearby projects that recently broke ground at 20th and California and 22nd and Welton, will collectively bring a little over 1,000 new housing units to a significantly underdeveloped part of Downtown Denver located a few steps from a light rail station.

We will check in on this project in a few months once construction is underway.