Following the Downtown Residential and Non-Residential updates, it is now time to revisit the 3D Future Skyline. We have had numerous proposals since our last update notably in The Welton Corridor and River North neighborhood. These two areas will show the most drastic change since our July update. For more details about the 3D Future Skyline, head on over to our announcement post.

Ryan Keeney has been doing such a wonderful job keeps this feature updated. This wouldn’t be possible without him. Thank you Ryan!

The buildings have been color coded to match our DenverInfill Project Map, where yellow is residential, orange is office, red is hotel, and blue is civic/other. Also, some of the completed buildings are grey because Google has not yet created their own models for them.

Let’s start with the Welton Corridor. Here we can see that almost every single block has new development that is either proposed or under construction. With this update, we will be featuring more of the street level to show how these developments contribute to the human scale versus just the skyline. 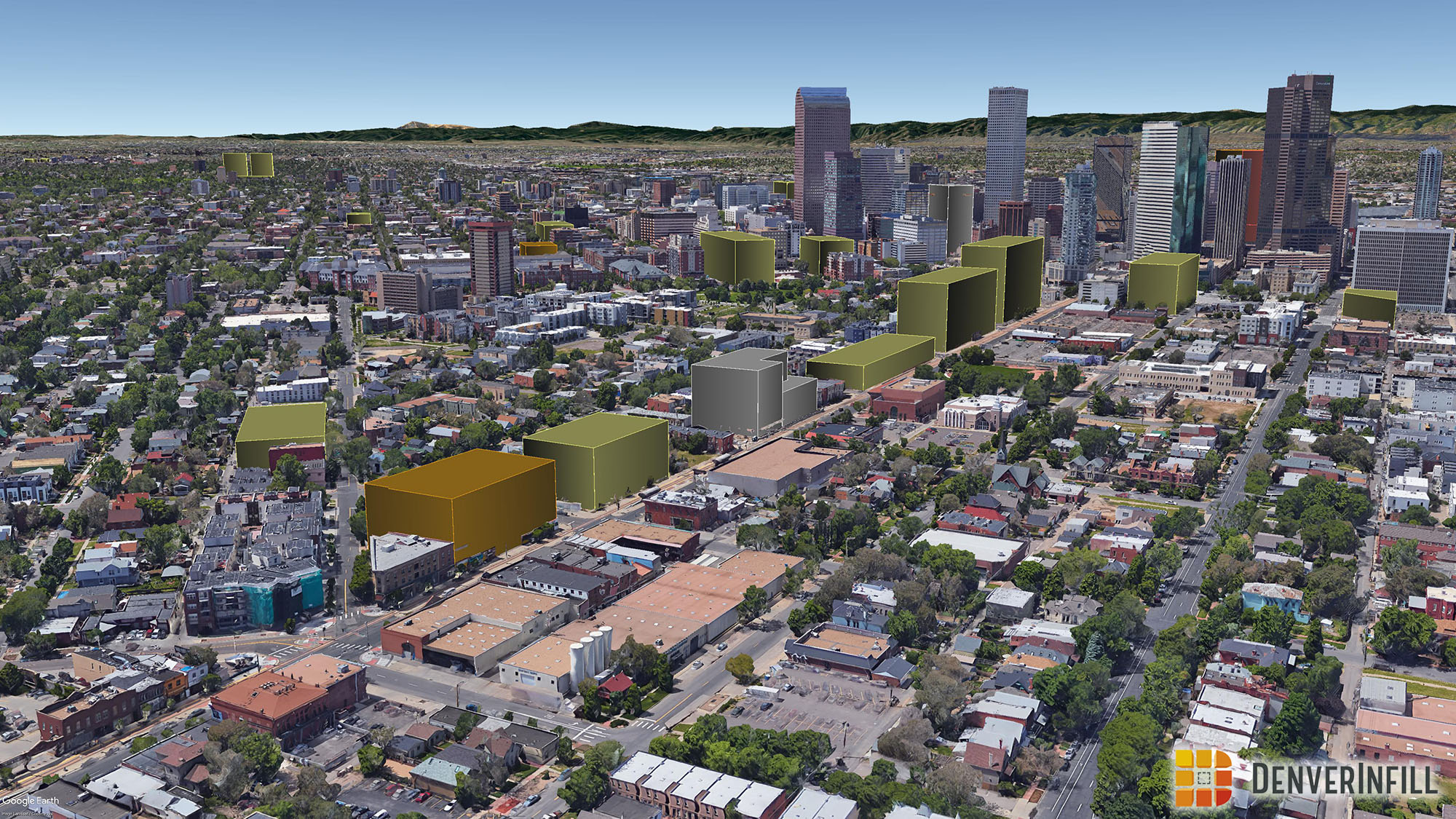 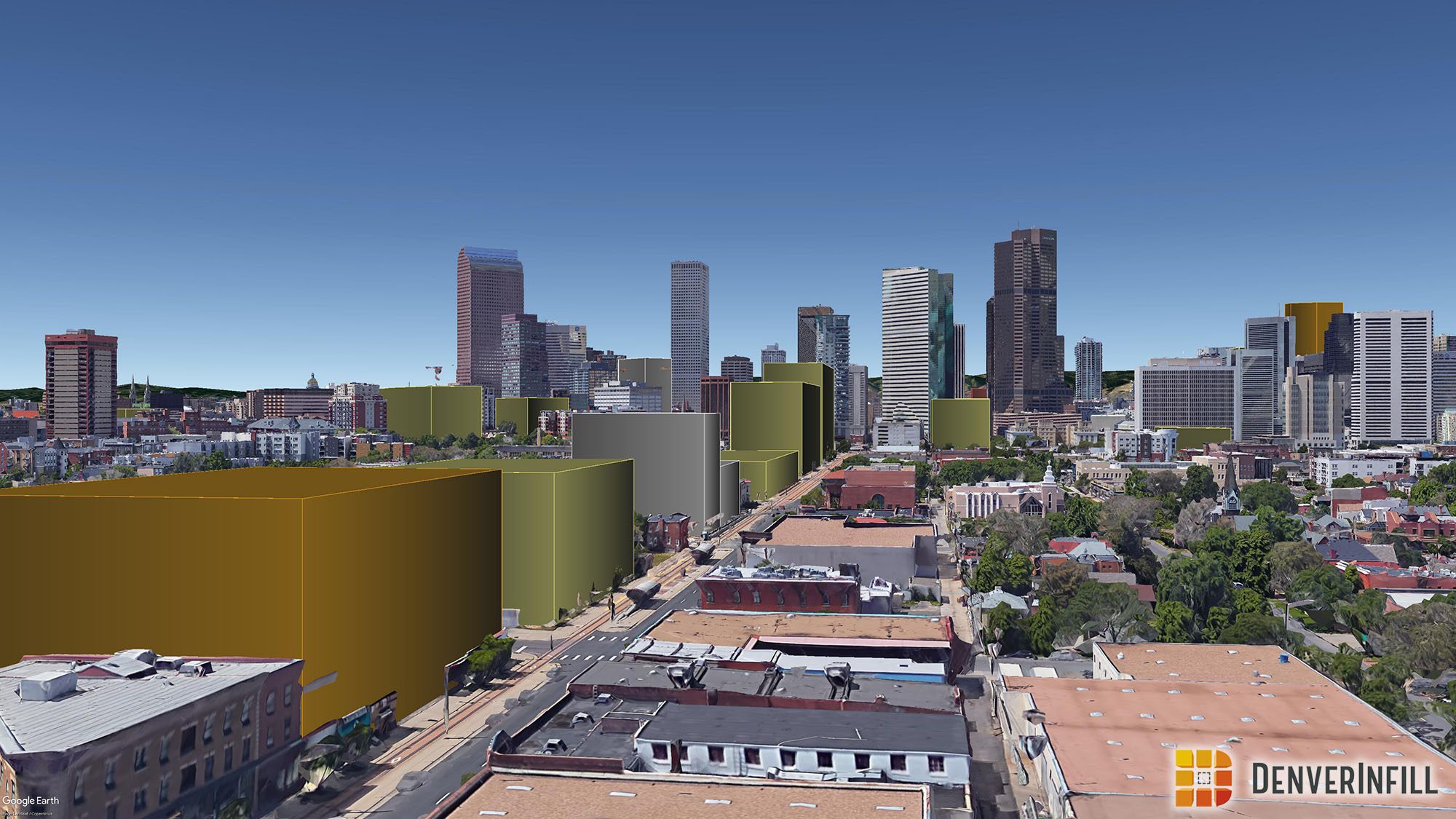 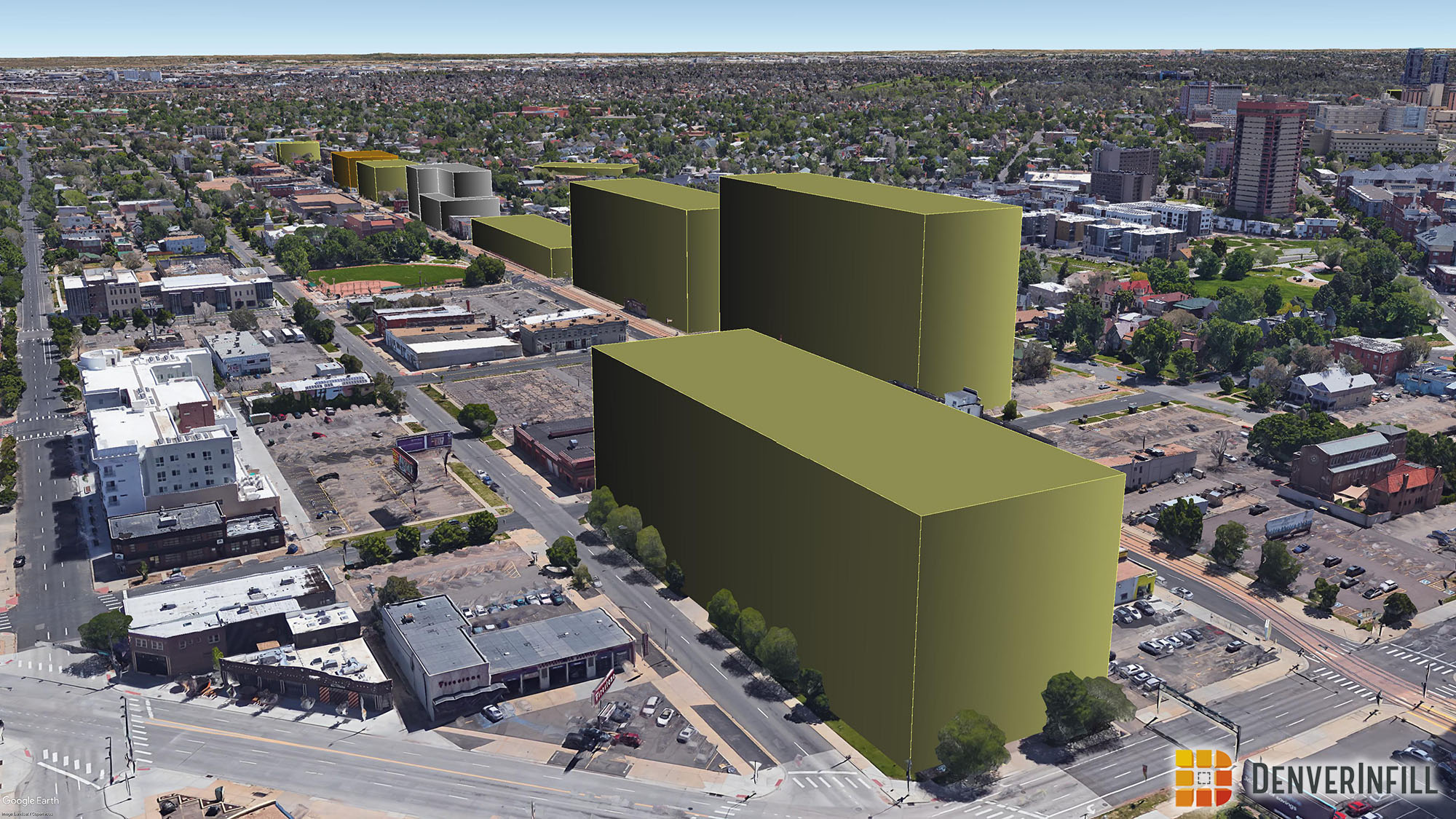 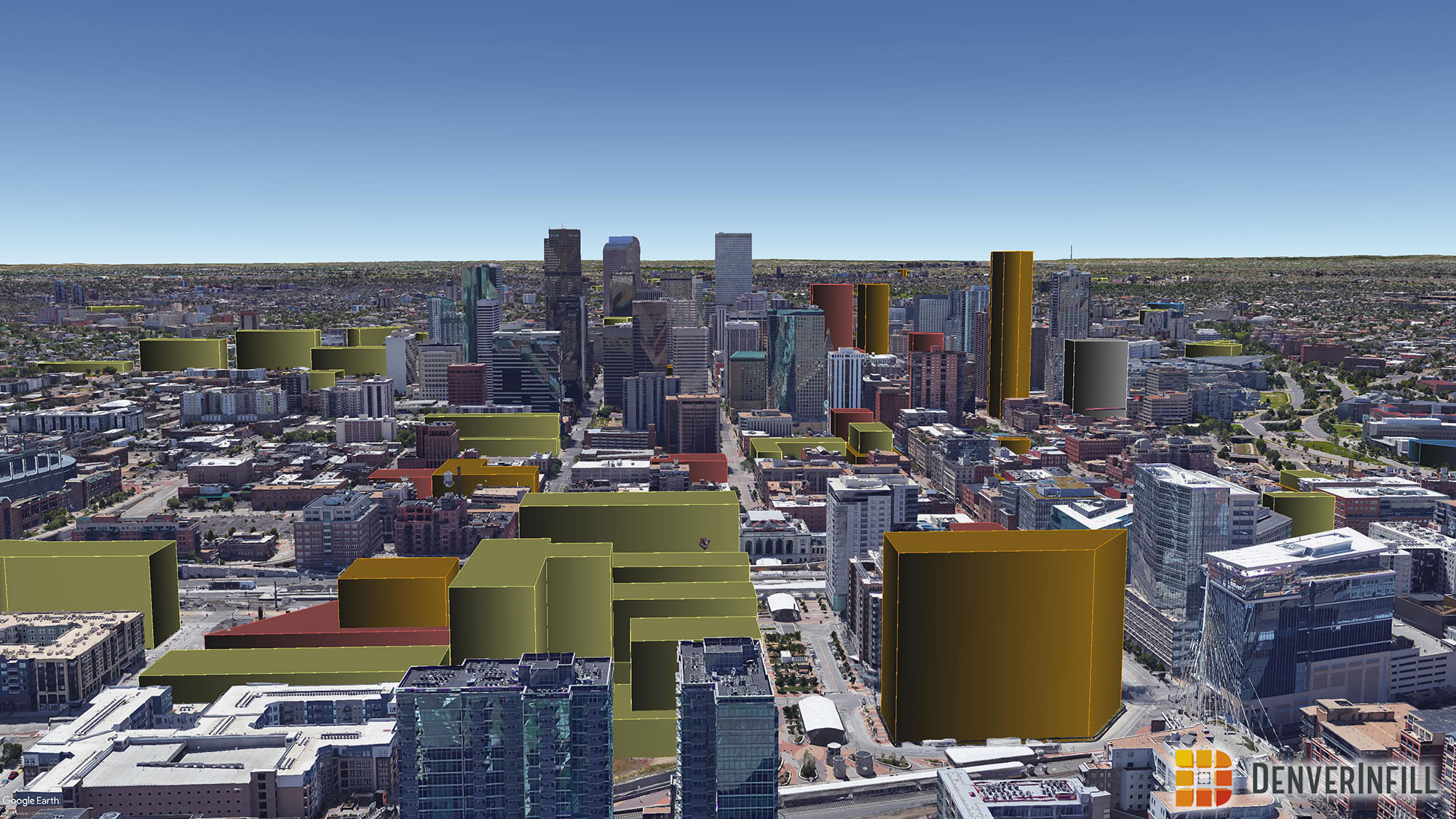 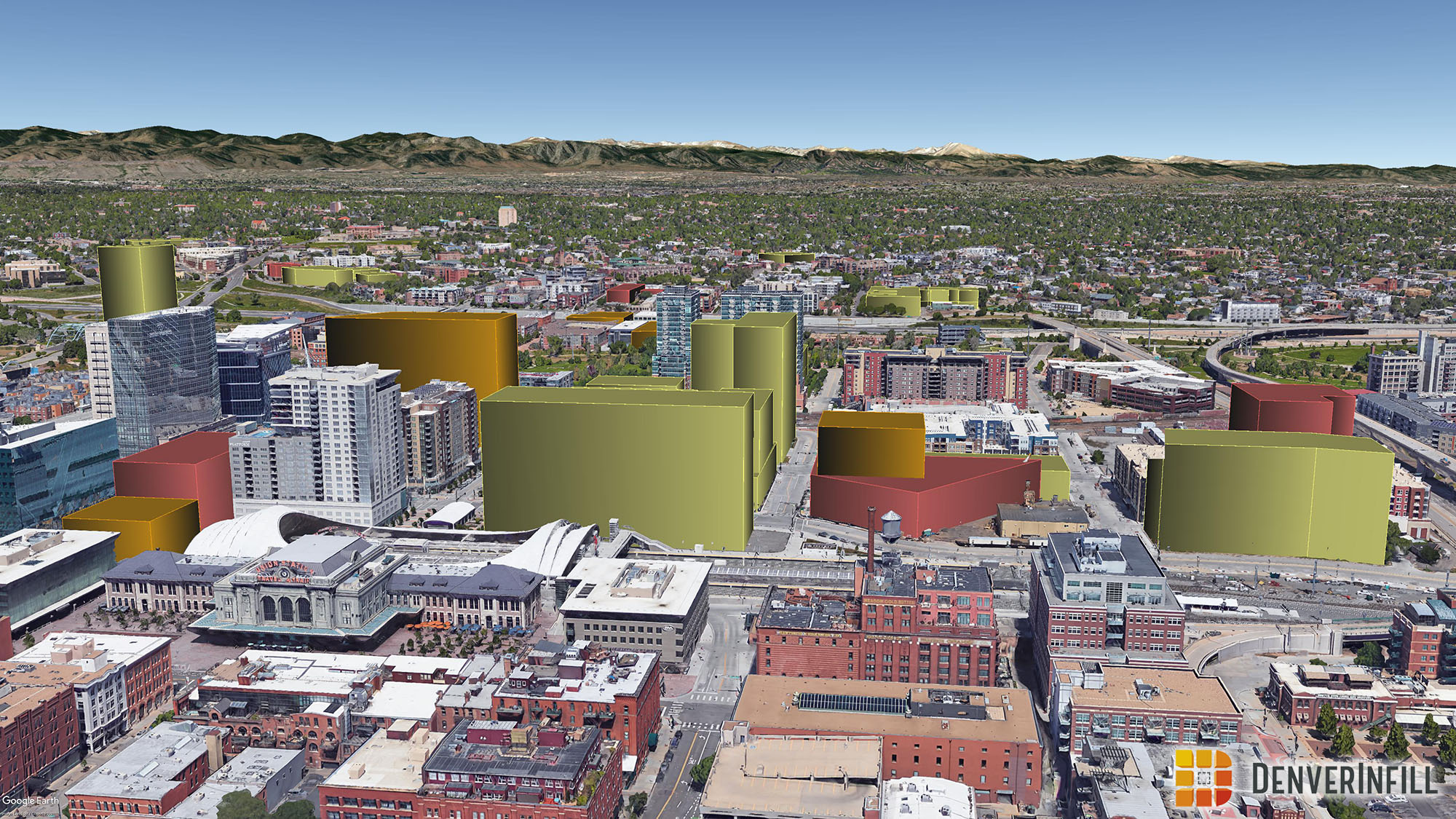 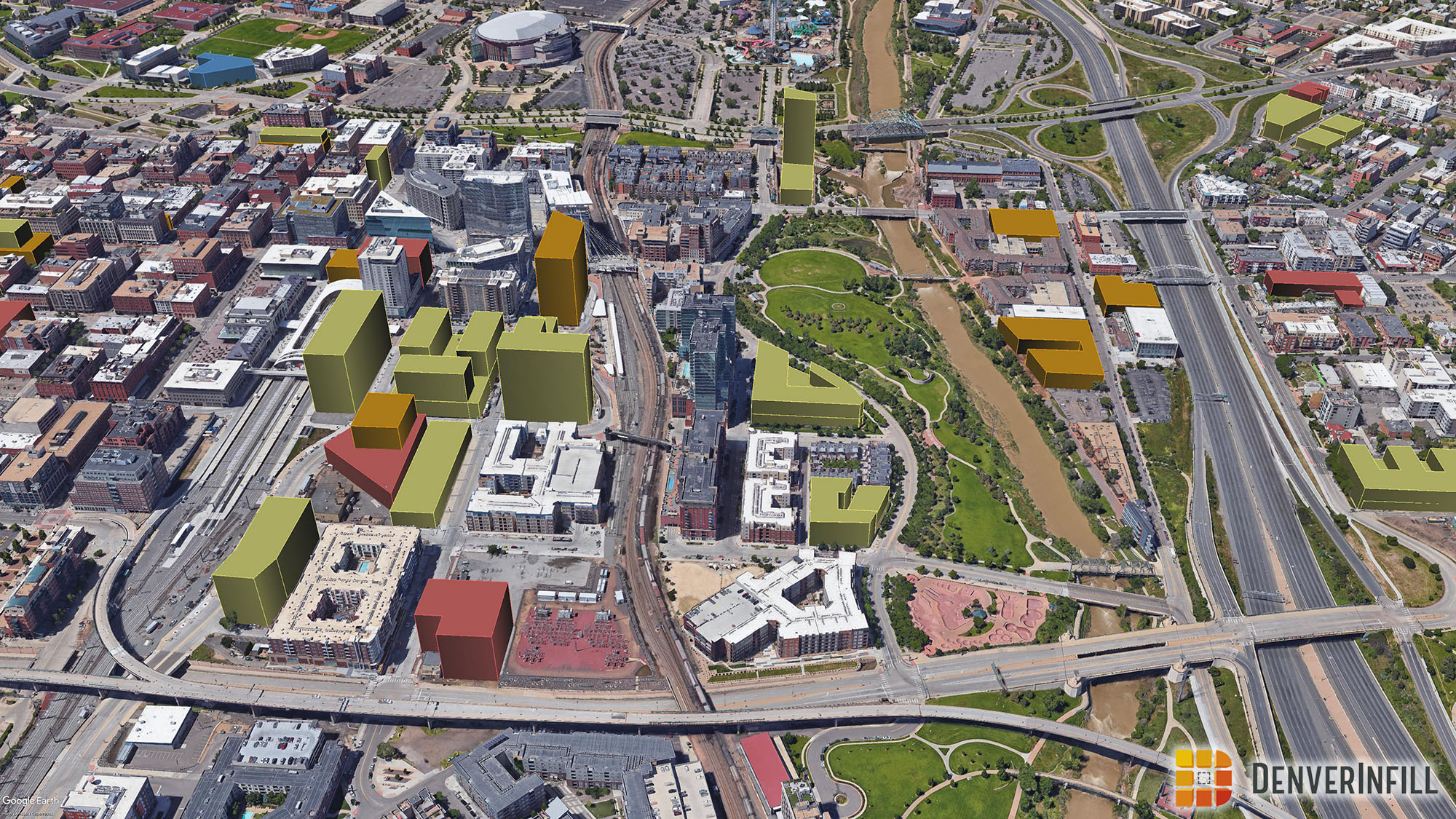 River North is going through a fairly large boom. The 38th and Blake Station and Brighton Boulevard are seeing significant urban development. 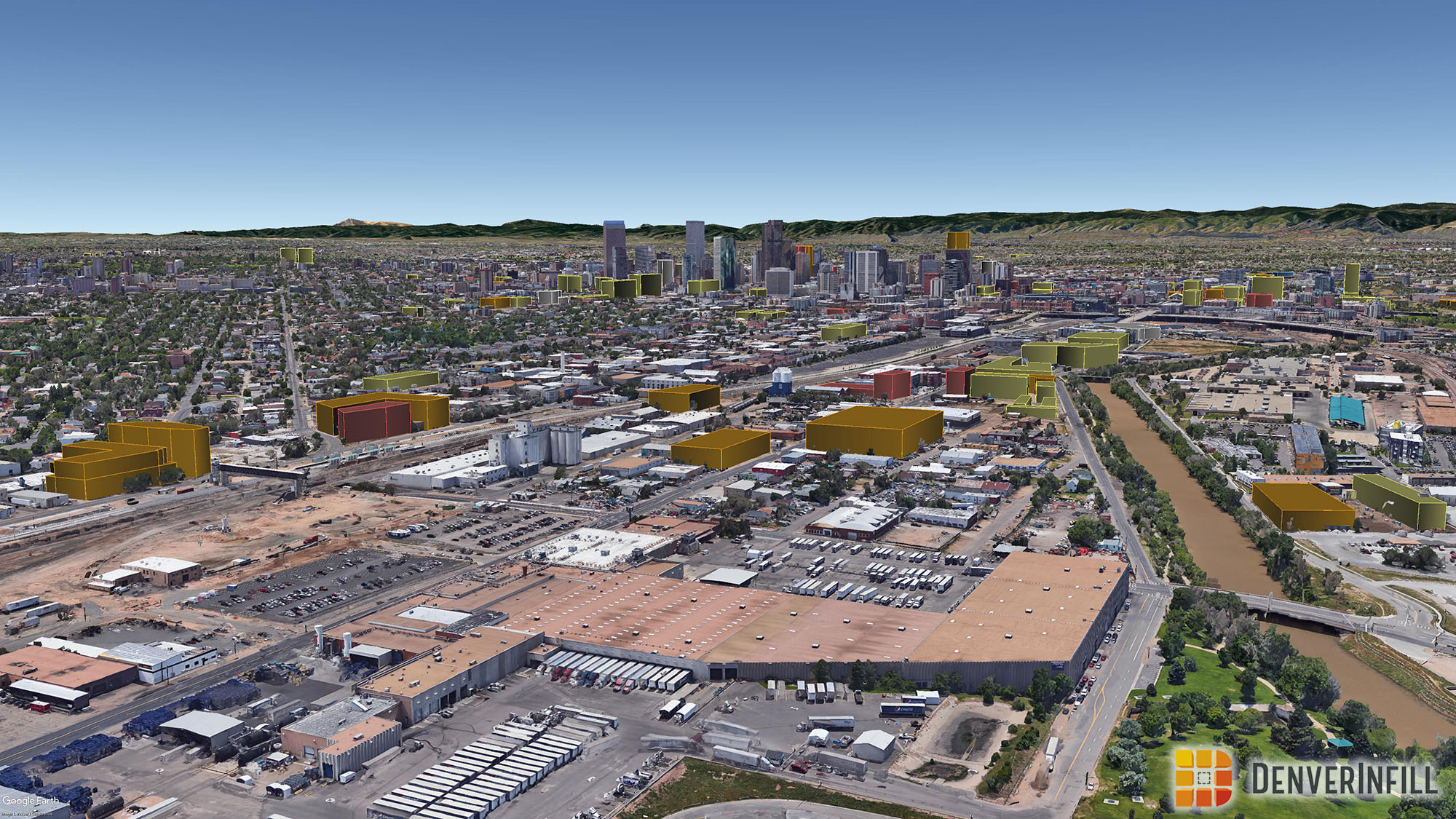 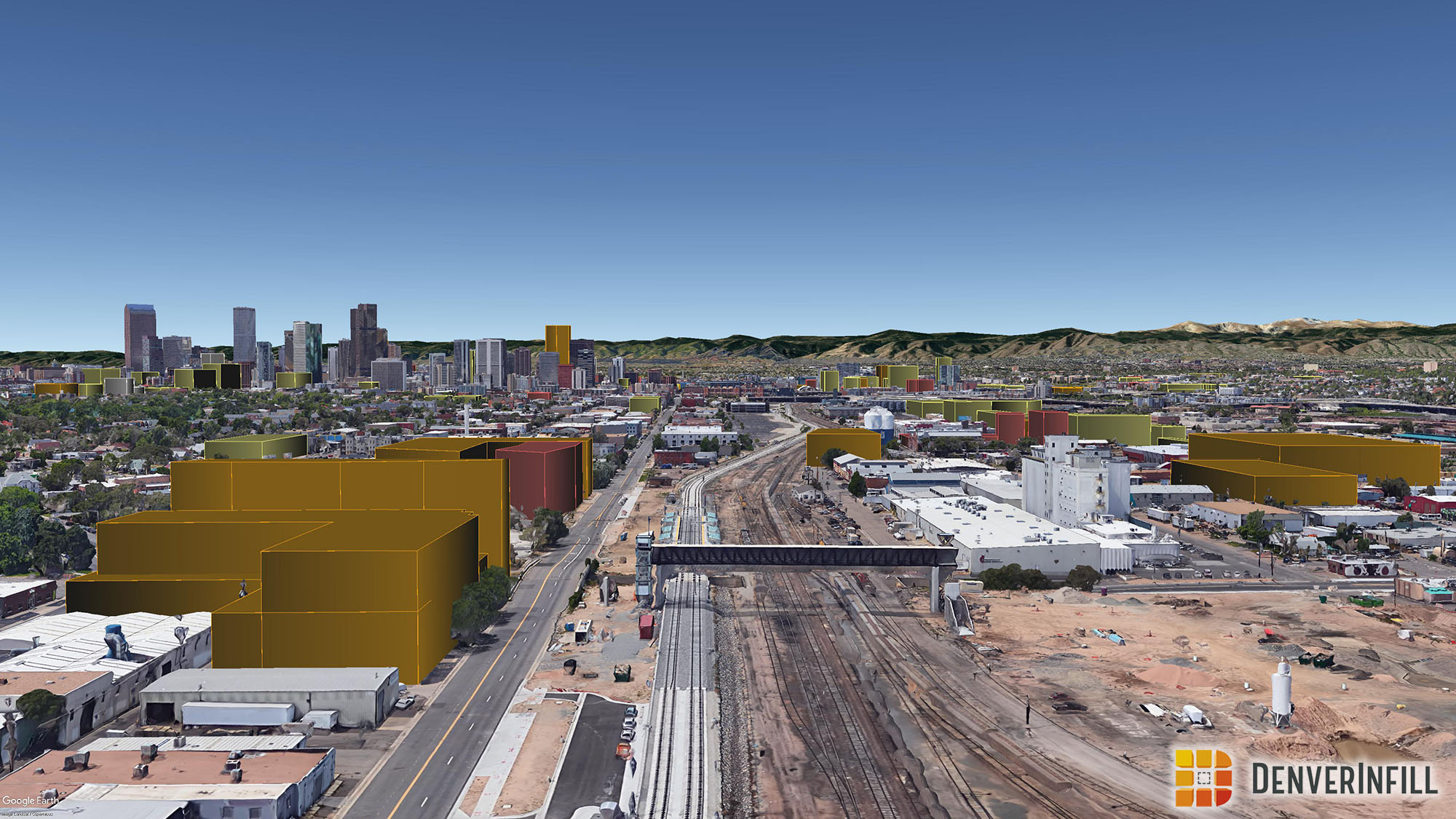 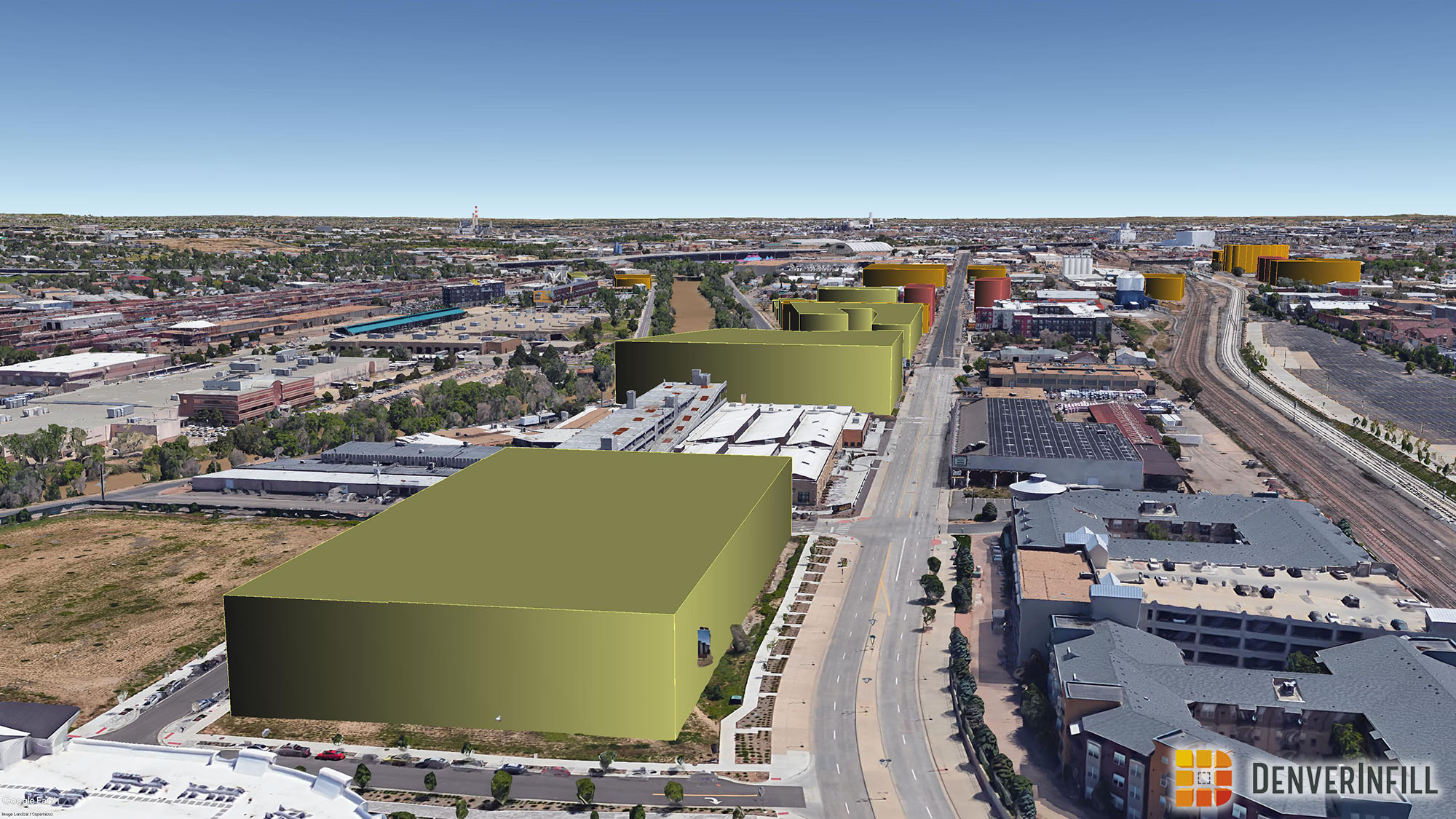 Let’s conclude with the Golden Triangle and Cherry Creek. We can clearly see that urban development is happening all over Central Denver. 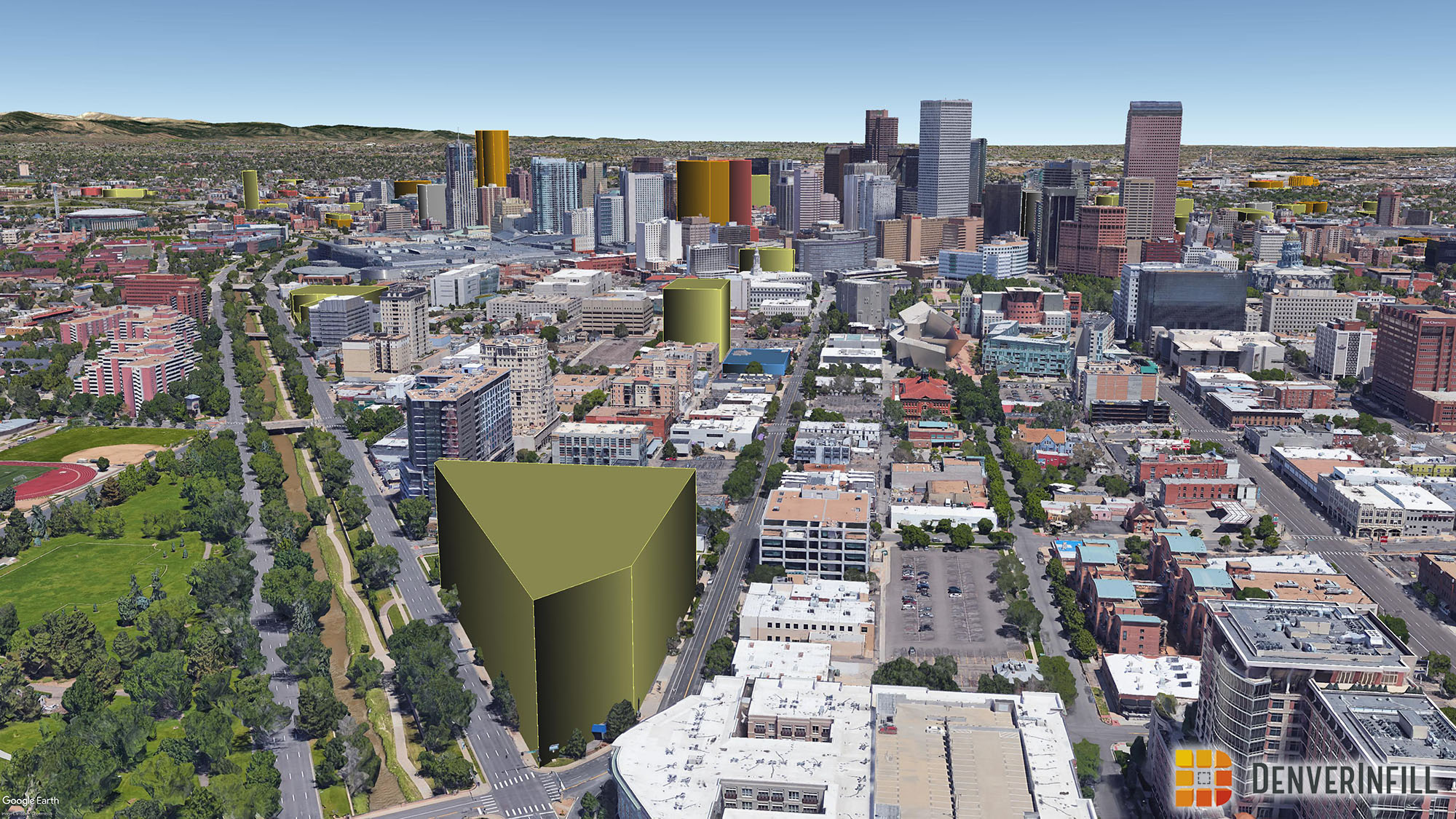 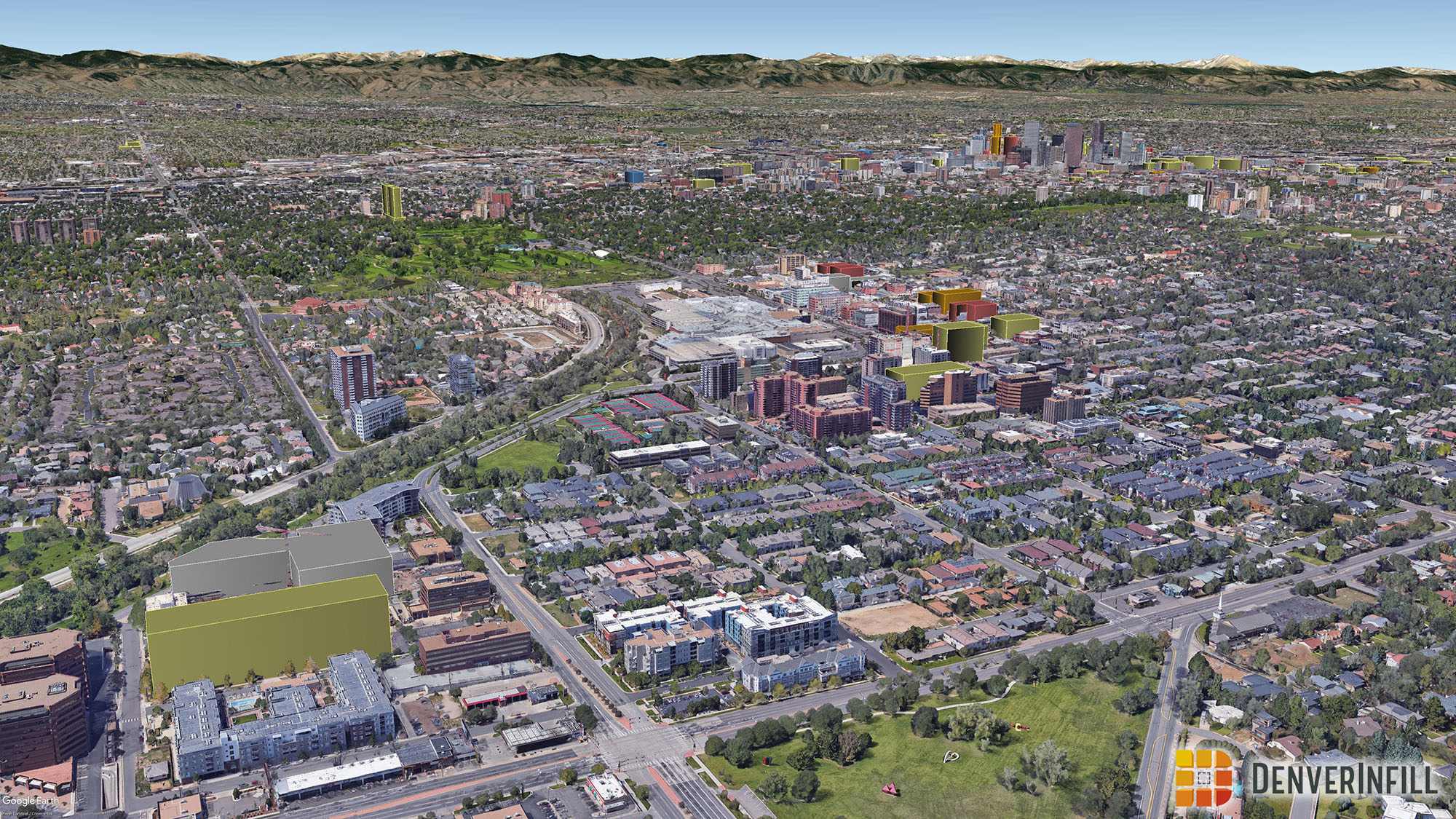 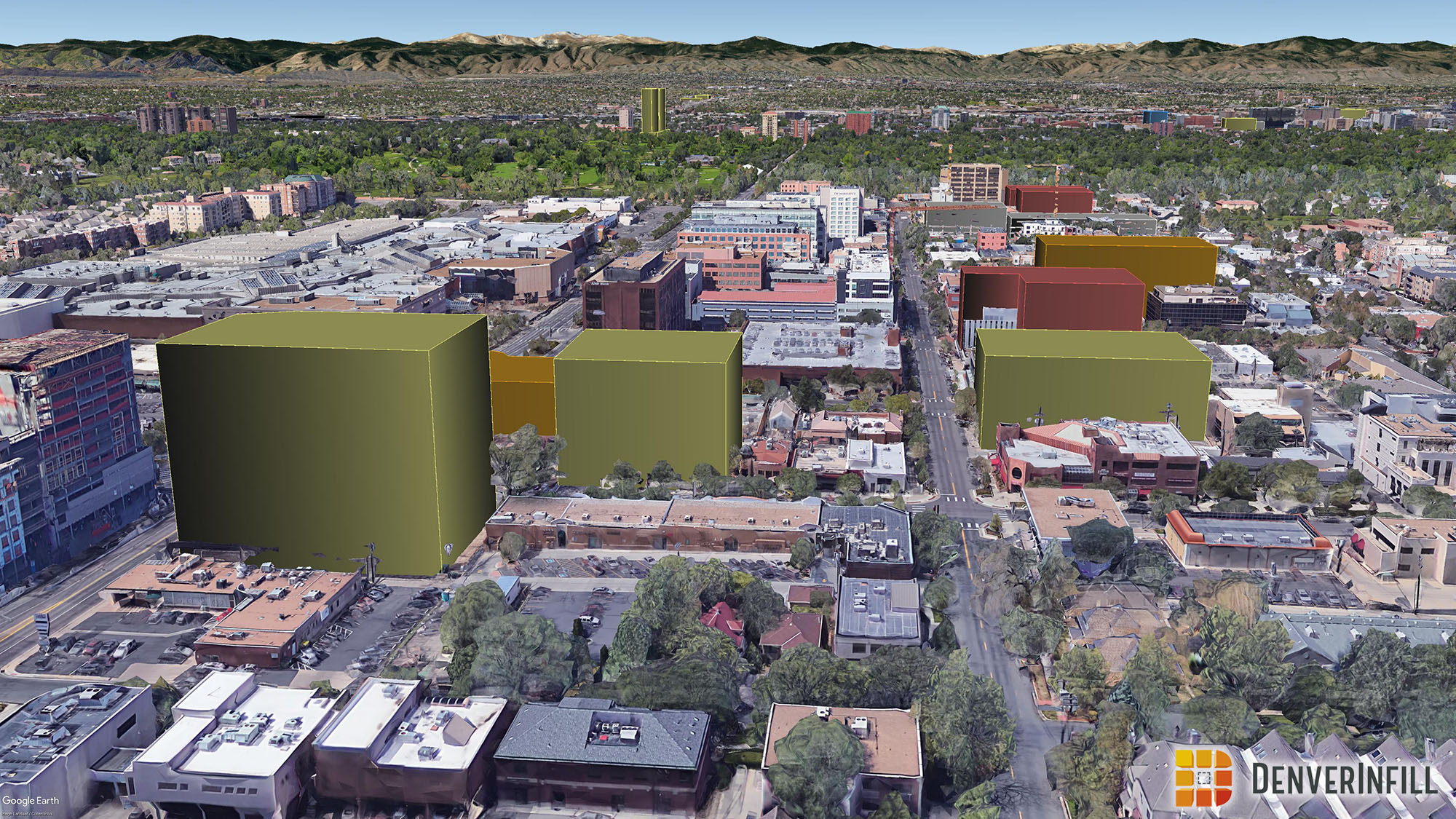 We hope everybody has a safe and Happy New Year! 2017 is going to be a great year for infill as Denver keeps on booming!