San Antonio-based The Lynd Company has broken ground on their next Denver project, Park 17, located in the City Park West neighborhood. Lynd recently completed Joule in the Golden Triangle and is currently under construction with the Industry Apartments in River North.

Park 17 is located along Park Avenue at East 17th Avenue between Marion and Lafayette Streets, as outlined in yellow on the Google Earth aerial below. The two small sections of the block excluded from the Park 17 site are owned by the City of Denver and are zoned as open space. They are part of a string of about 25 “mini-parks” along Park Avenue between Colfax and 20th Avenue that are the leftover pointy corners of triangle-shaped tracts formed by Park Avenue running diagonally across the north-south street grid. In fact, these Park Avenue Triangles—outlined in green in the other aerial below—are the city’s oldest parkway land dating from 1874. 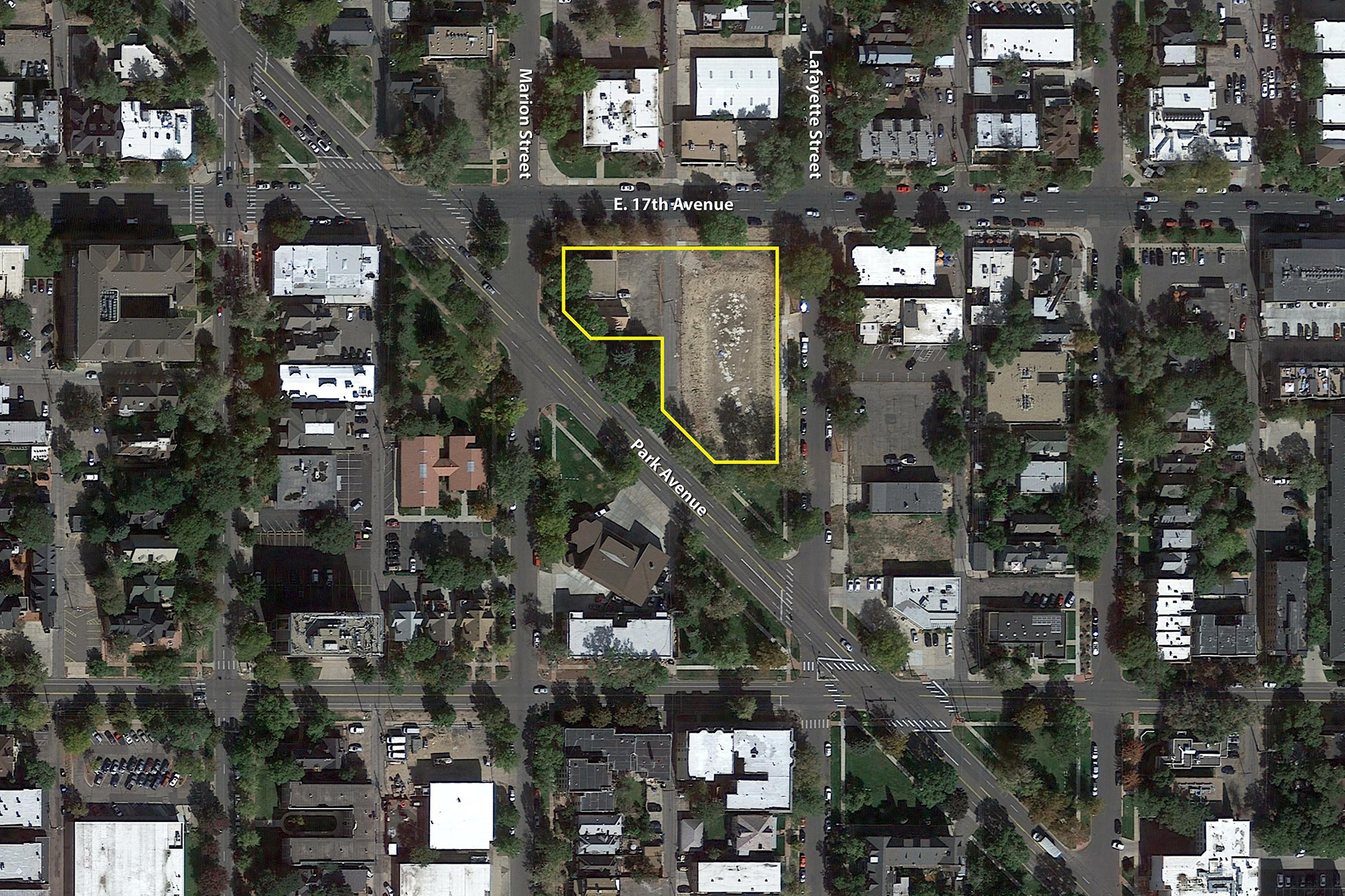 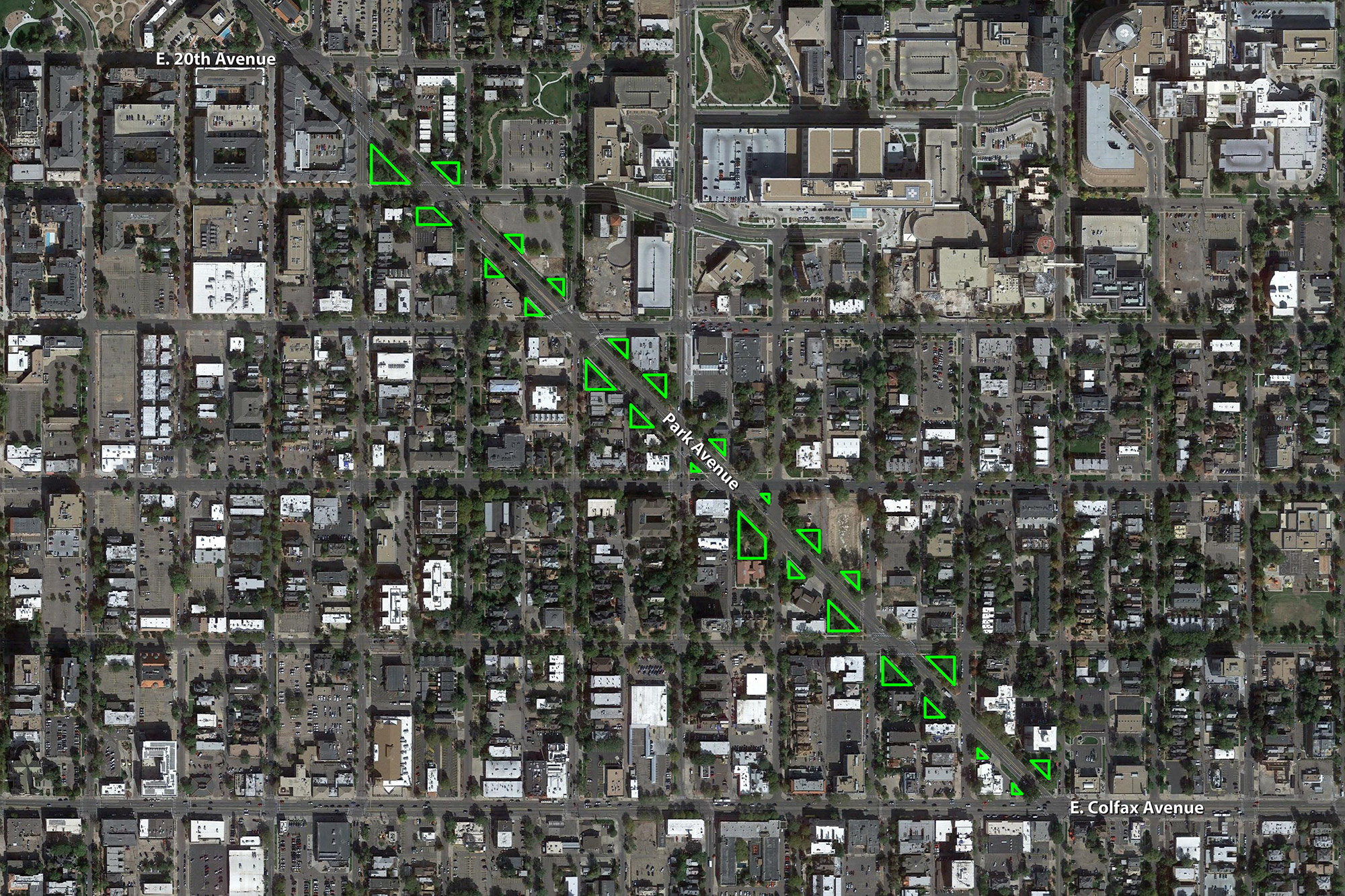 The large rendering below is a contextual view of the Park Avenue and Marion Street sides of the new building. The second image is a collage of conceptual renderings that include two additional perspectives: the Park Avenue elevation (top) and the view of the corner of Lafayette and Park (bottom left). Valerio Dewalt Train Associates is the project architect and these renderings may not represent the final design and should be viewed as subject to change. 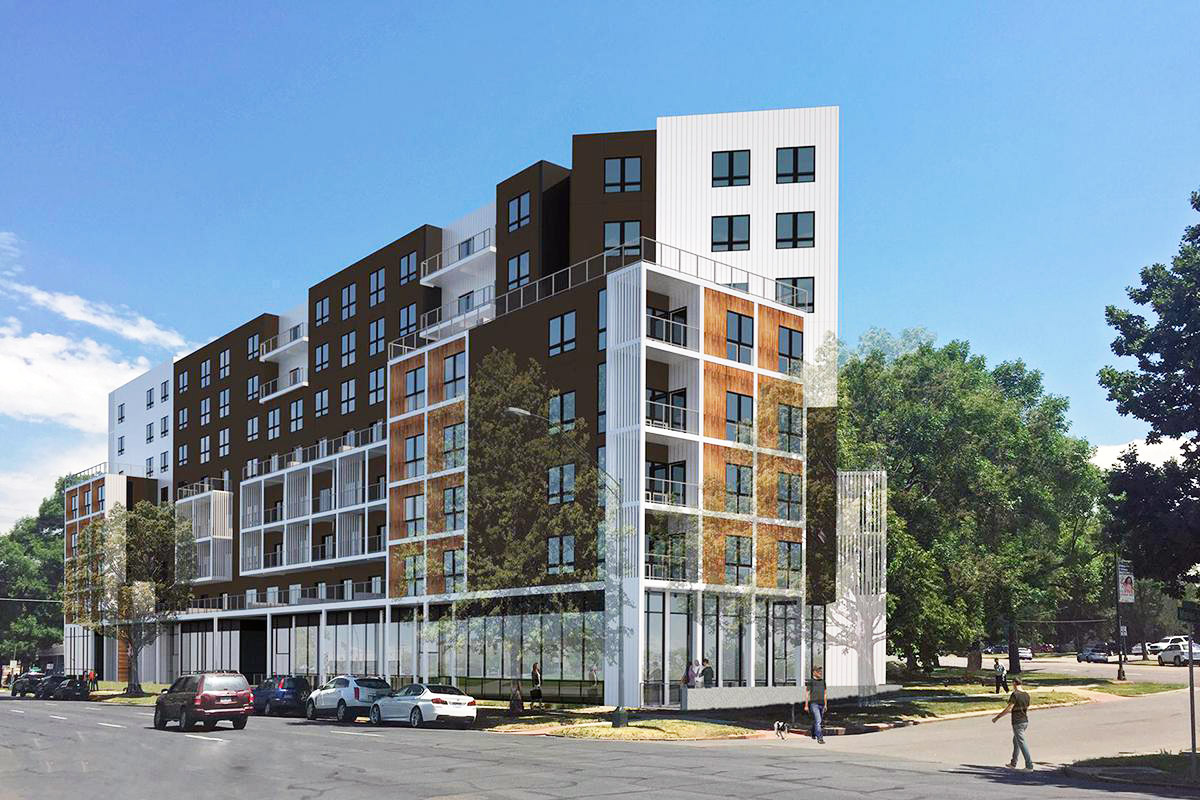 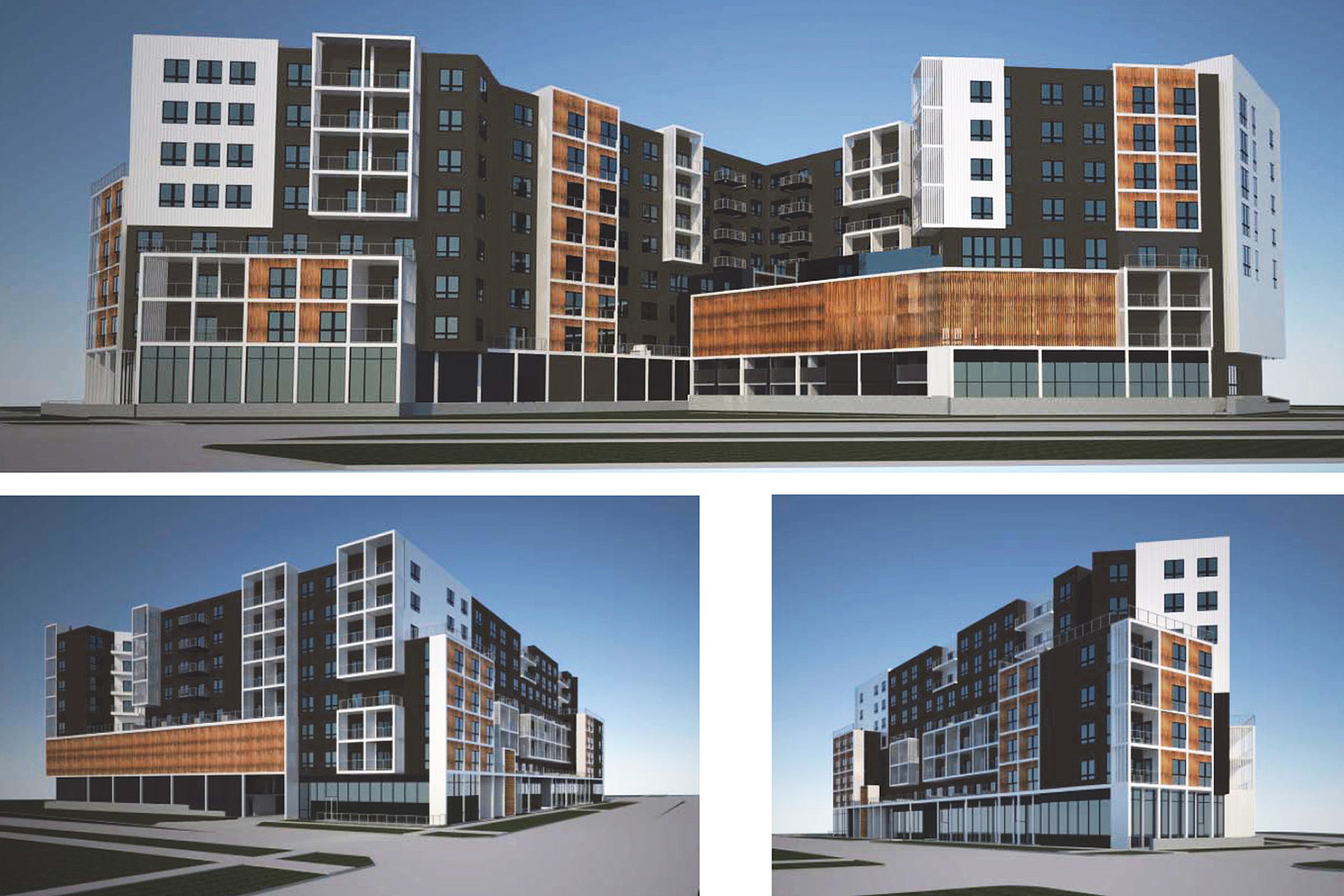 Excavation and other site work are now underway. Here are a few images from yesterday: 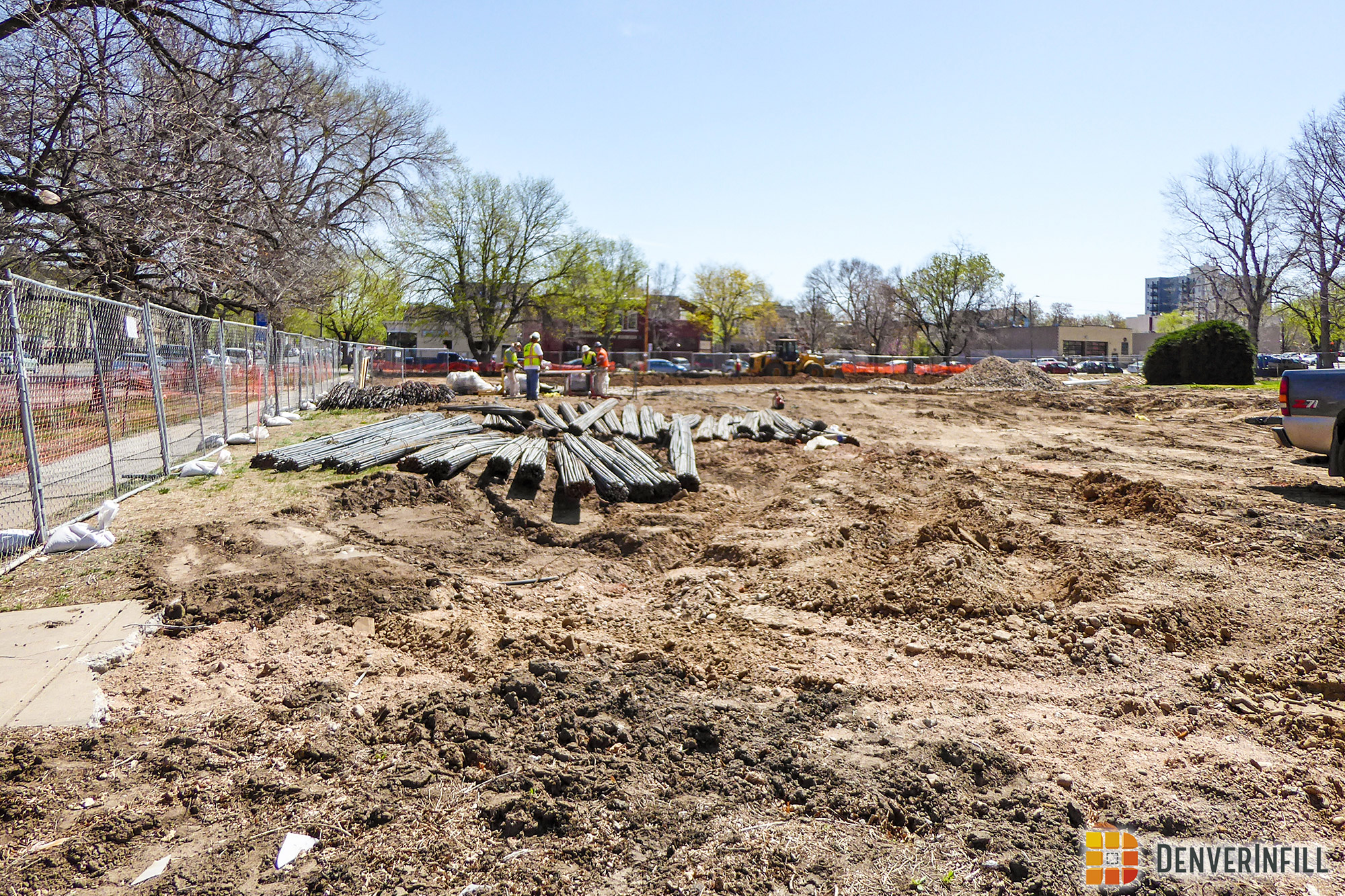 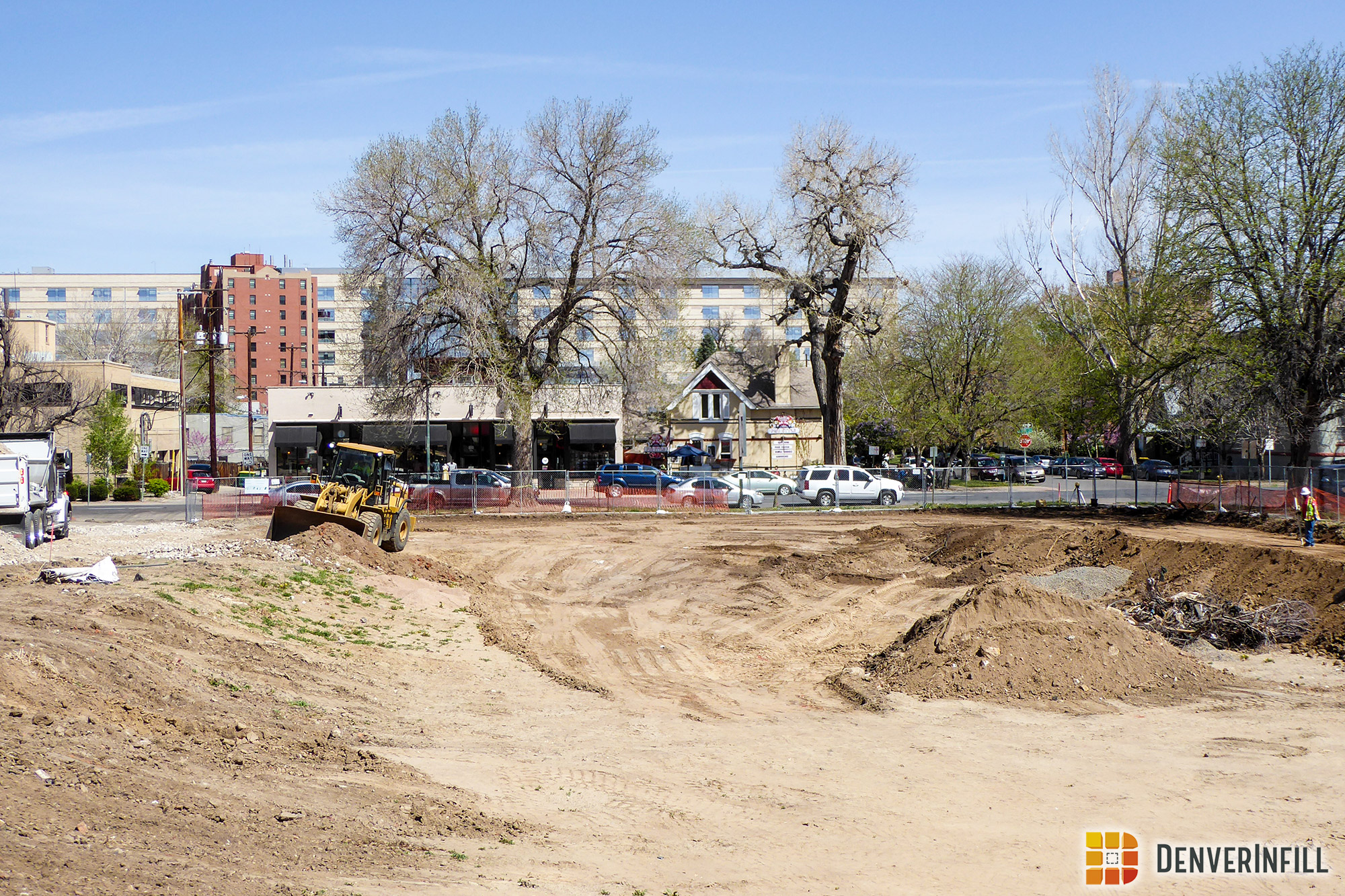 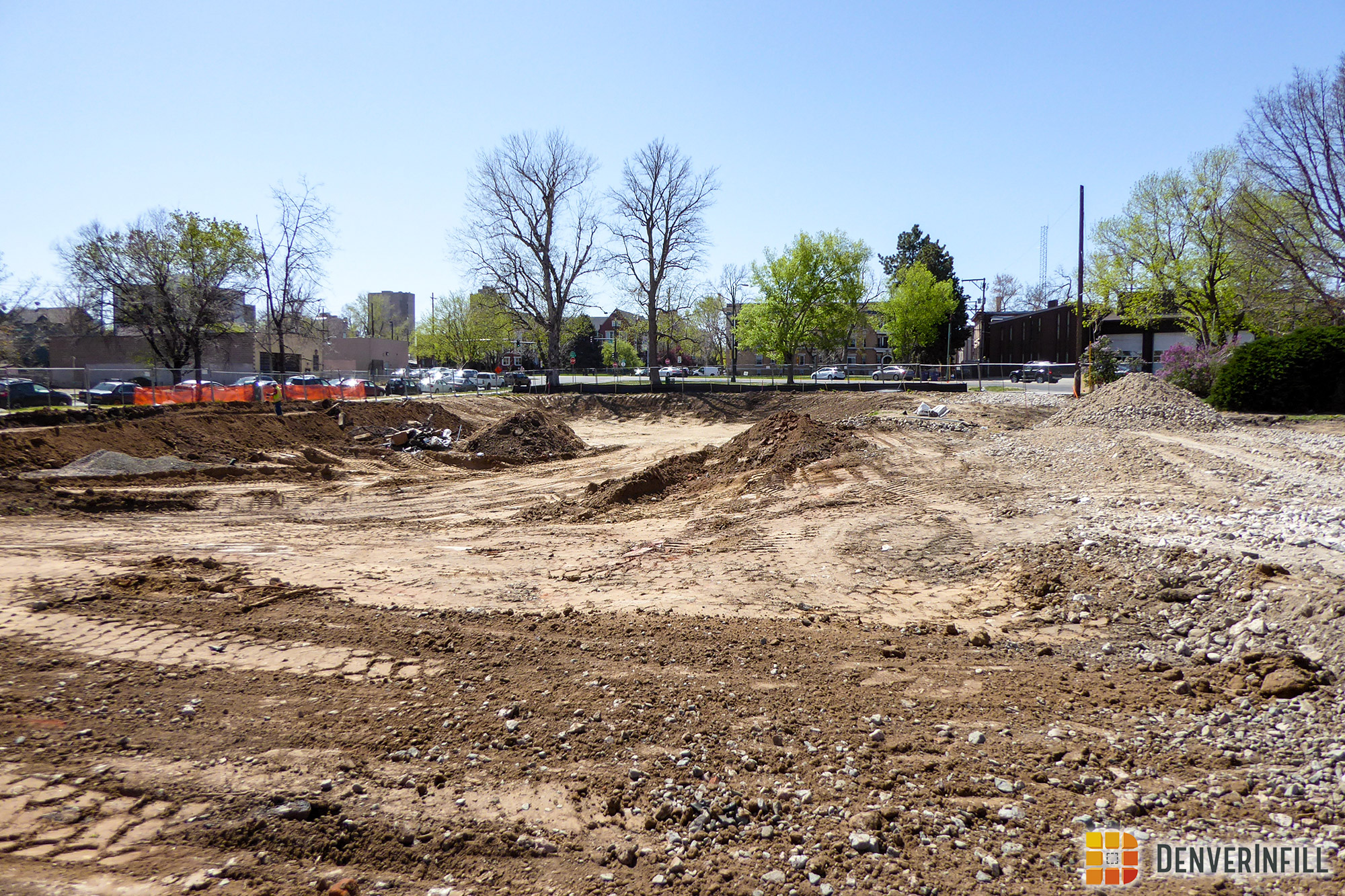 Park 17 is schedule for completion in Spring 2019.

This project has been added to our DenverInfill Project Map.