Back in December 2015, we reported on a proposed multi-family project at the corner of East 7th Avenue and Grant Street in Denver’s Capitol Hill neighborhood. Since then, the development has changed hands, with the project sold by the original developer, SmithJones Partners, to Houston-based The Dinerstein Companies, which is calling the project “Vantage 7th and Grant”.

The new residential community will include 178 rental homes in an eight-story building with ground-floor retail space in a very walkable urban neighborhood.

Below is the rendering we provided in our initial post on the project and it remains as the proposed design, according to the Dinerstein website. The architect is Ziegler Cooper Architects. Shaw Construction is the general contractor. 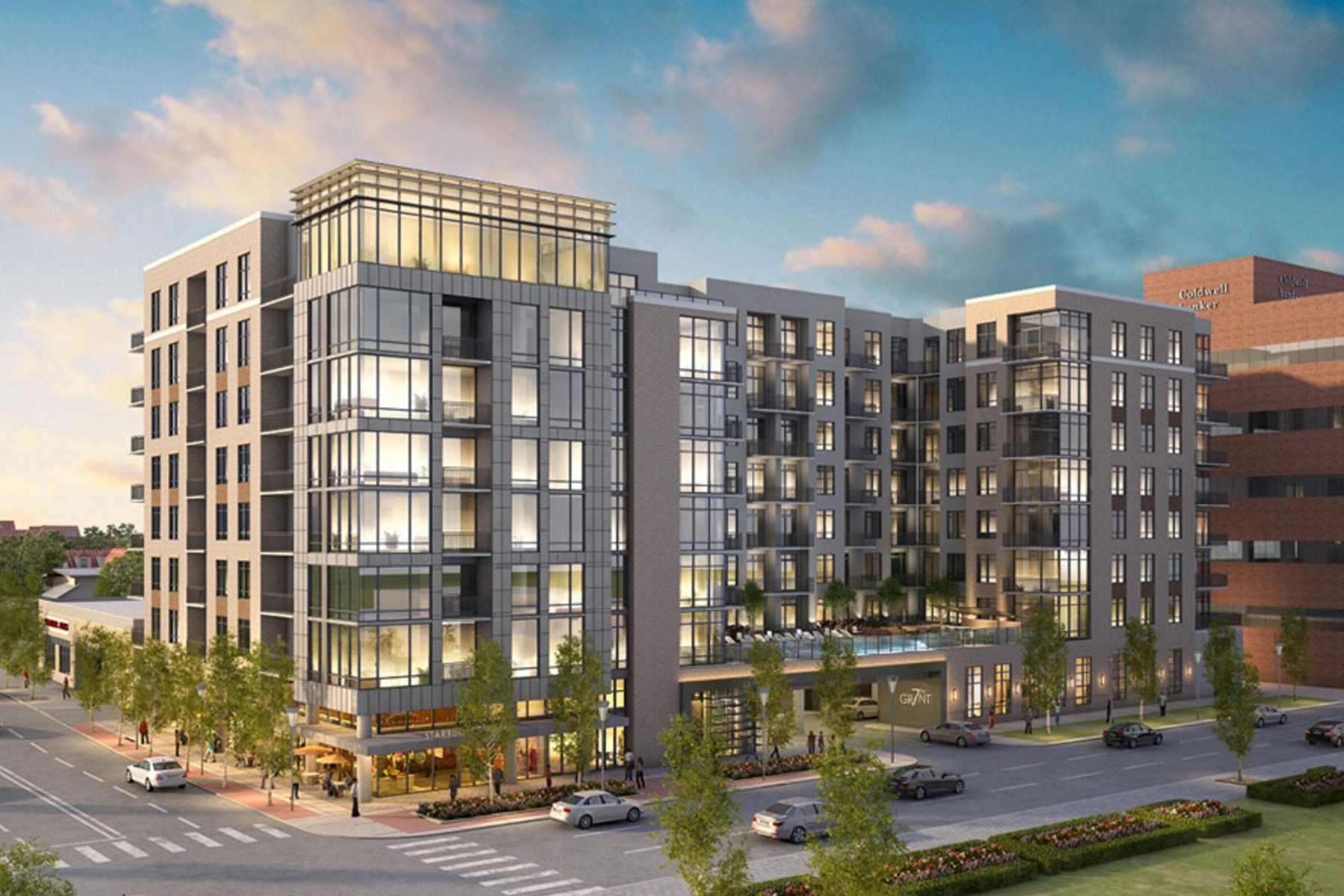 The site at 7th and Grant has as neighbors a nine-story Coldwell Banker office tower and, across the alley, a Trader Joe’s grocery. On the site itself were several older residential structures that had been converted to commercial office uses a number of years ago. Those buildings were demolished this past spring in preparation for construction. The zoning on the site is C-MX-8 (C=Urban Center neighborhood context, MX=mixed-use, 8=eight-story maximum).

Construction is now officially underway. Here are a few shots of the site from this past weekend: 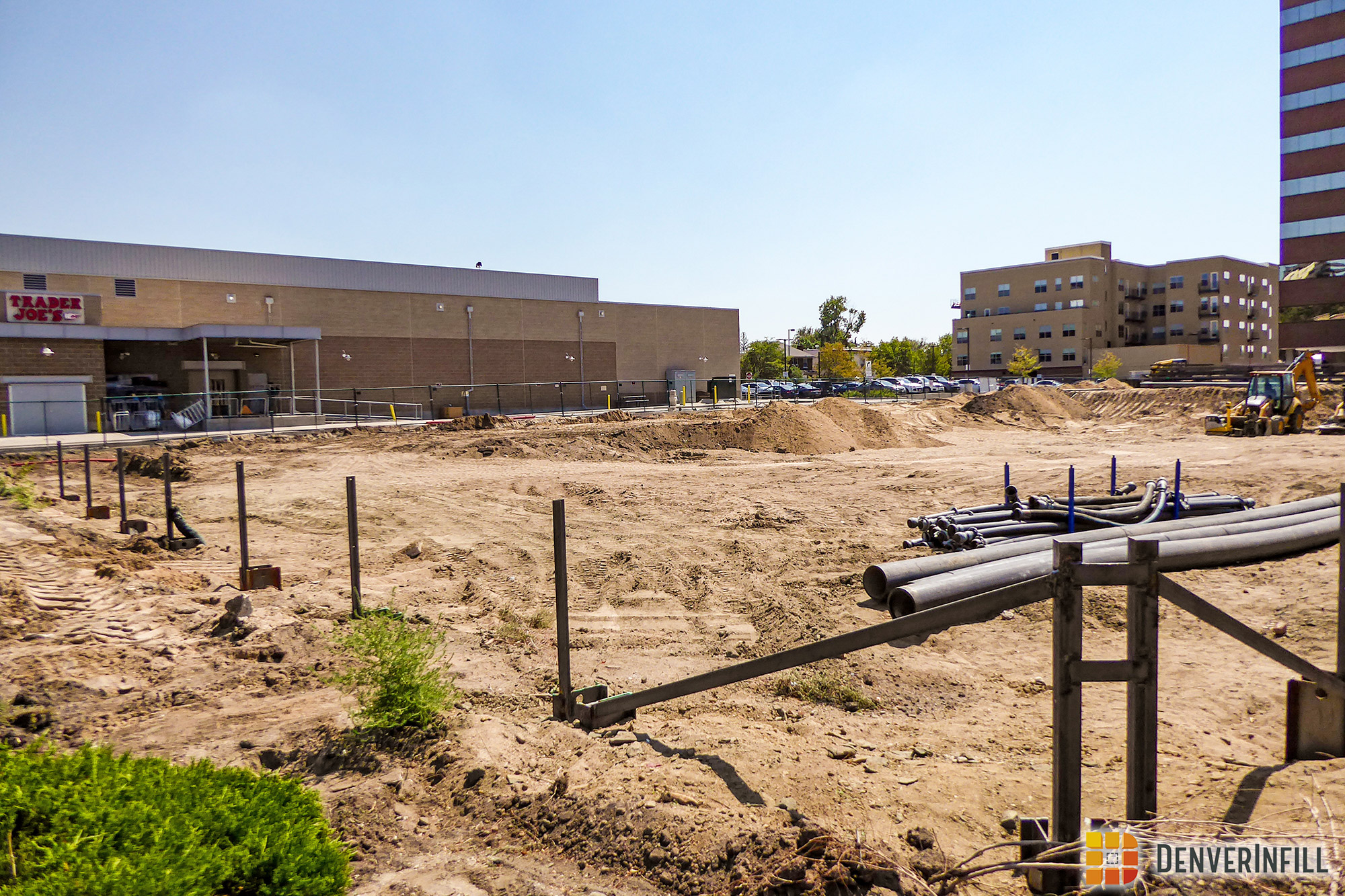 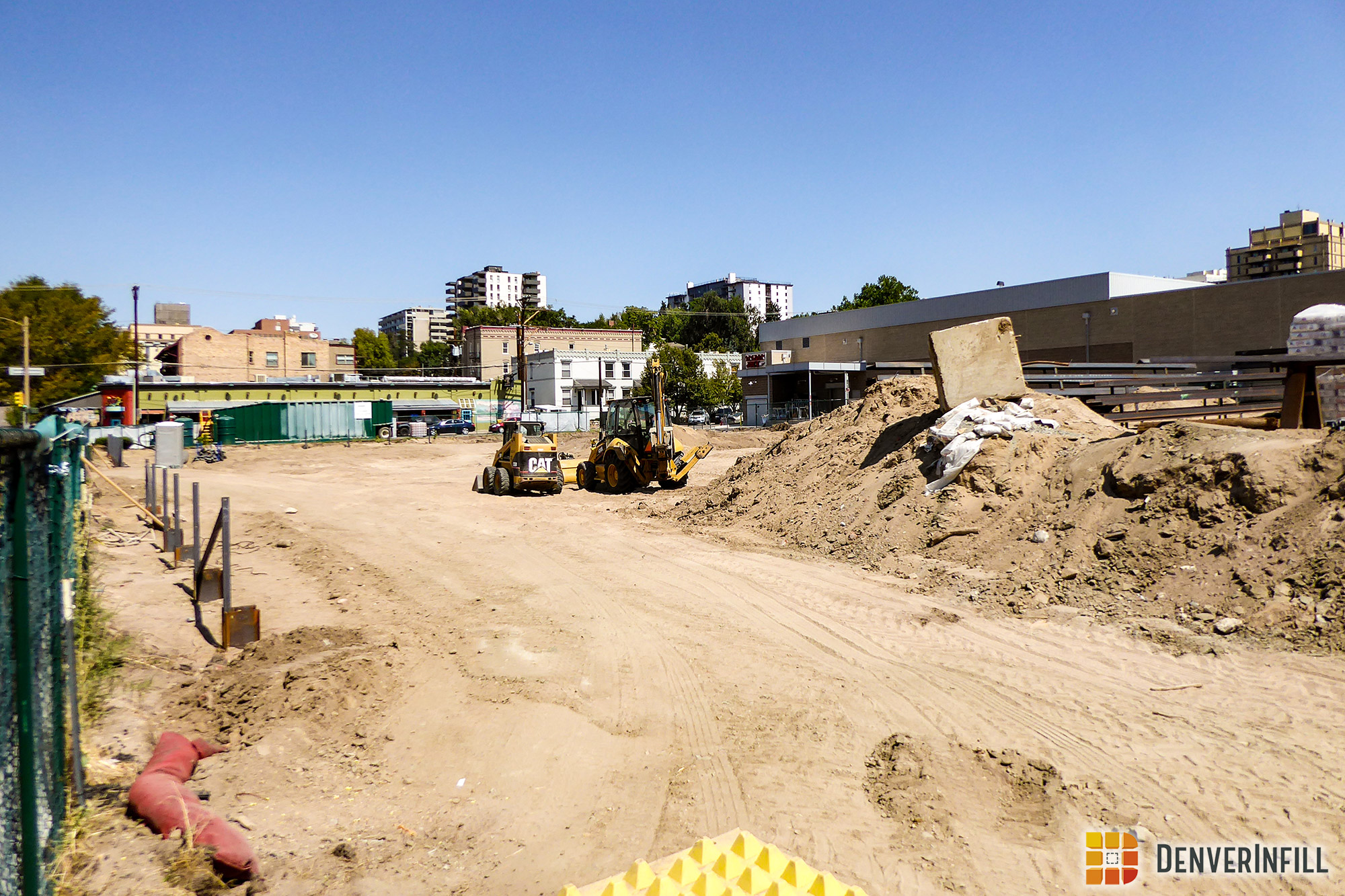 The Vantage 7th and Grant project is slated to open in the first quarter of 2019.