A new office building, officially known as the Denver Housing Authority Collaborative Resource Center, is under construction in the La Alma-Lincoln Park neighborhood next to the 10th and Osage light rail station. The 11-story building represents the final piece of the Denver Housing Authority‘s successful Mariposa redevelopment. Below is a Google Earth aerial with the new building’s location outlined, followed by a bird’s-eye rendering, courtesy of the project architect Davis Partnership, showing the new building (just left of center) adjacent to the transit station. 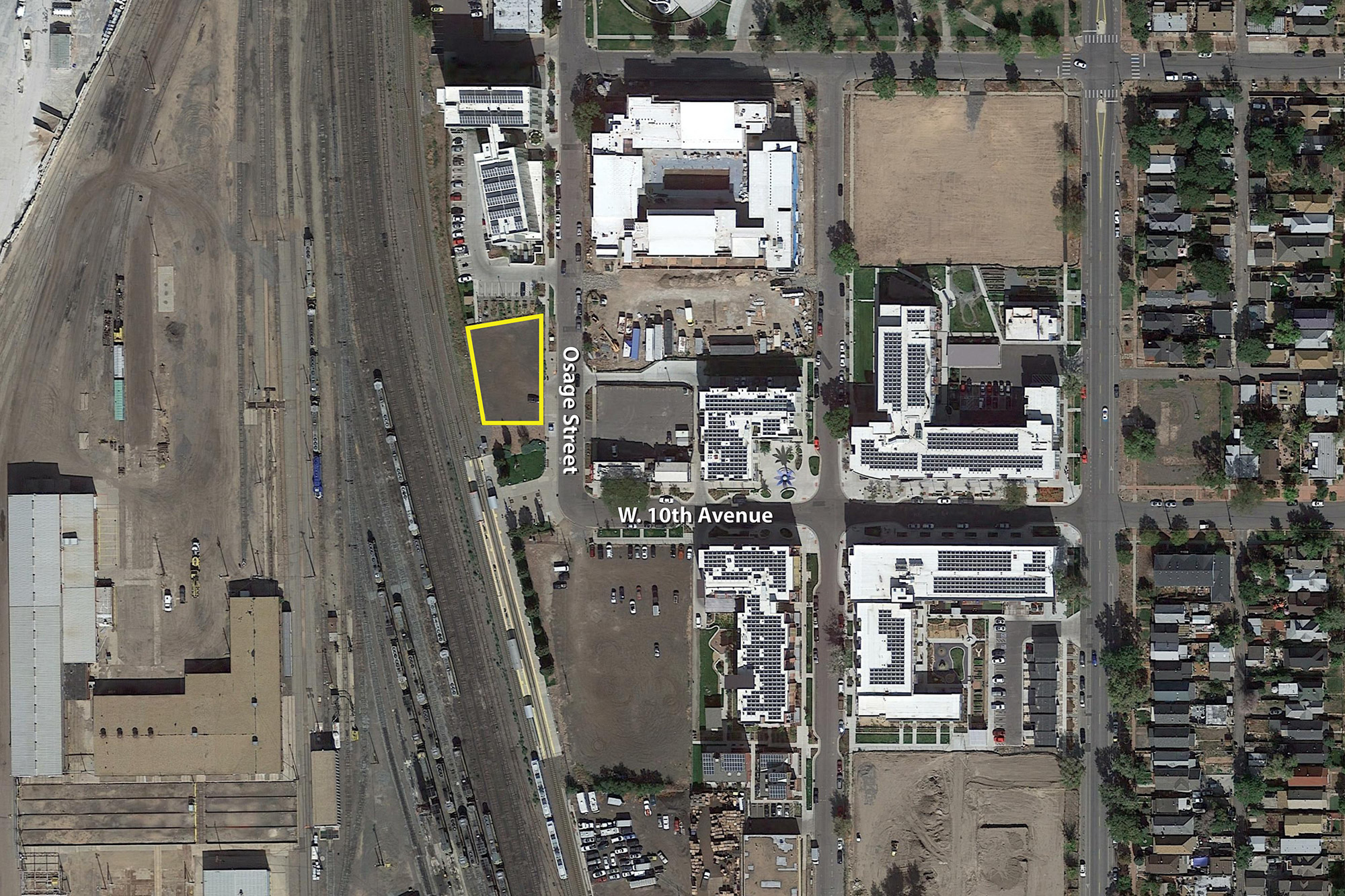 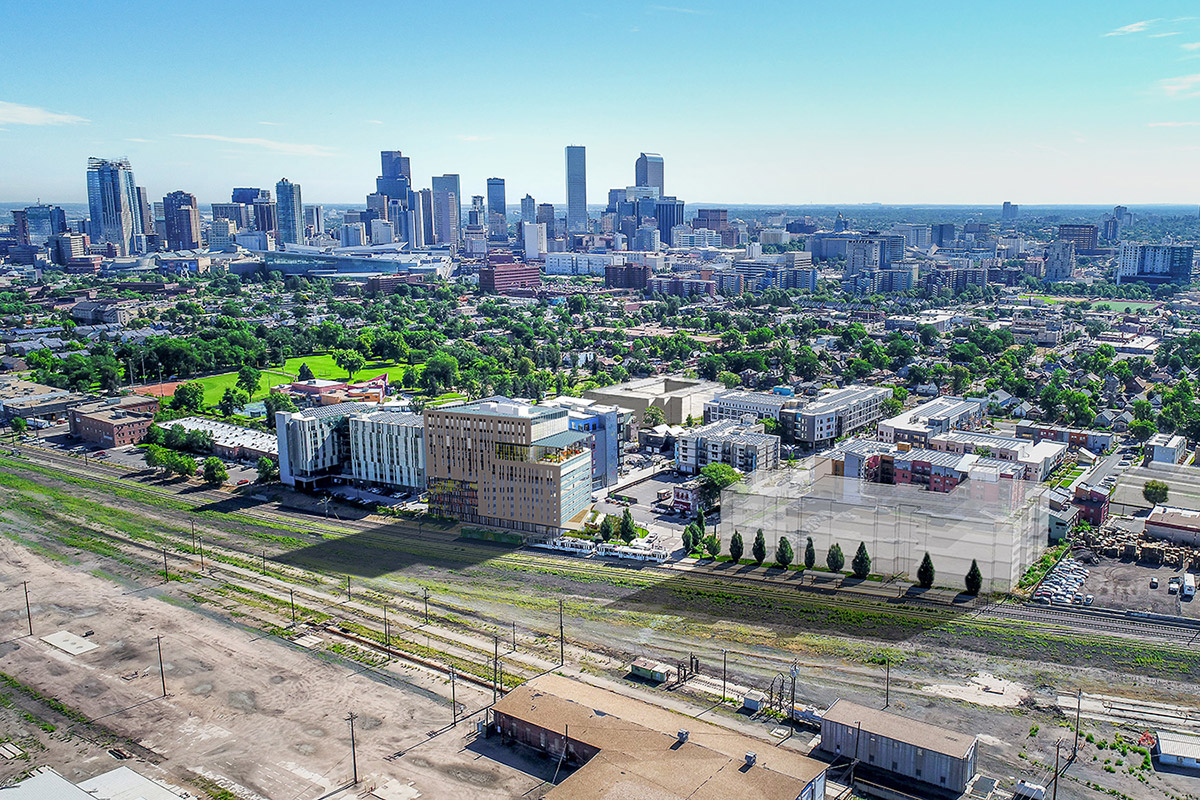 The new building will not only house DHA’s main offices, but it will also include room for non-profit organizations seeking office space at rates below market. Additionally, the ground floor will include the Mercado at Mariposa, a neighborhood market featuring fresh produce, to-go prepared food, and healthy groceries, as well as micro-spaces for local vendors to sell goods. Also included in the Collaborative Resource Center will be a community room providing space for local events and community meetings.

According to the project’s site development plan approved by the city, the ground floor will hold the lobby, mercado, community room, and building services, floors 2 through 6 will be dedicated to vehicle parking (178 spaces for automobiles, 240 spaces for bicycles), and floors 7 through 11 will hold the office space. A stepback of the top four floors leaves room for a generous outdoor terrace on the eighth floor.

The renderings below, all courtesy of Davis Partnership, show the building’s proposed completed look. The first image shows the east and north sides of the tower looking southwest along Osage Street, with 1099 Osage on the right. The second image depicts the building’s south and west sides as viewed from the light rail corridor. 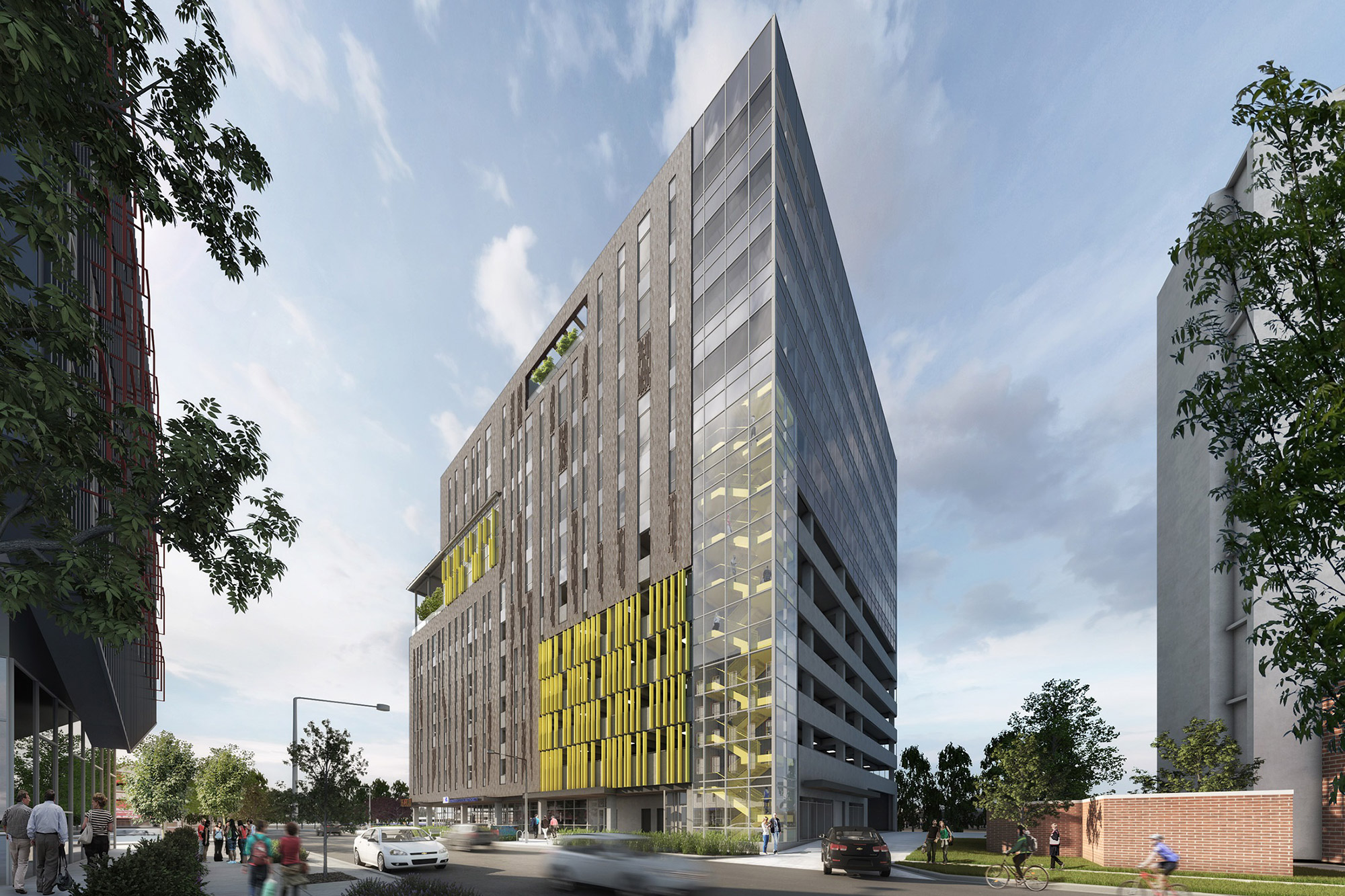 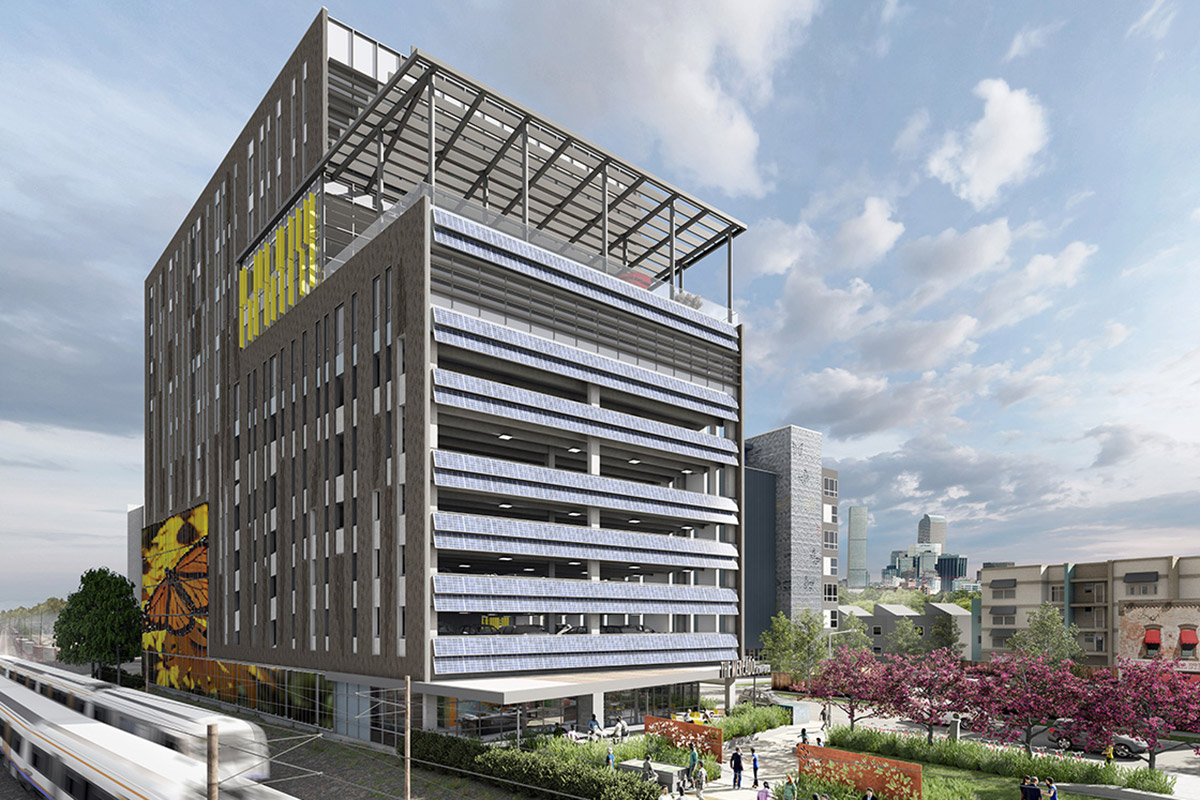 Two additional renderings from Davis Partnership: the first image is the same perspective as above but in the evening, and the second image shows a close-up of the terrace on the eighth floor. 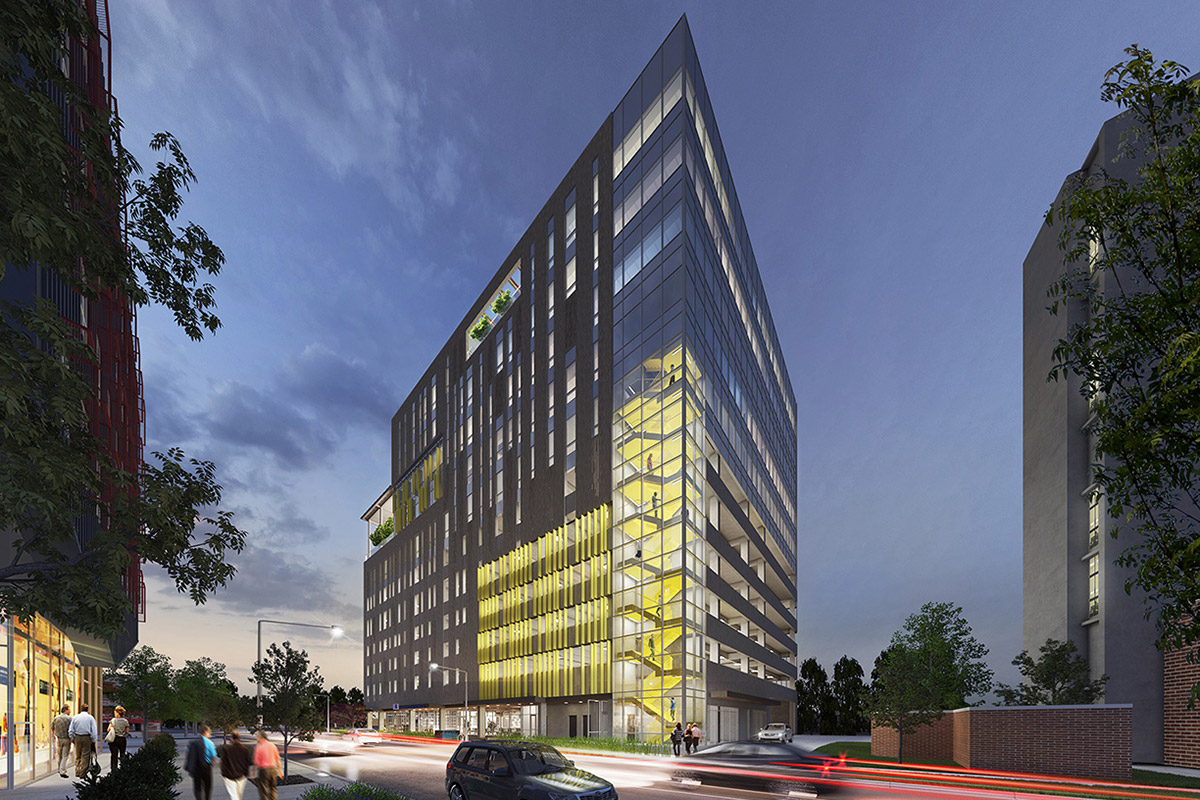 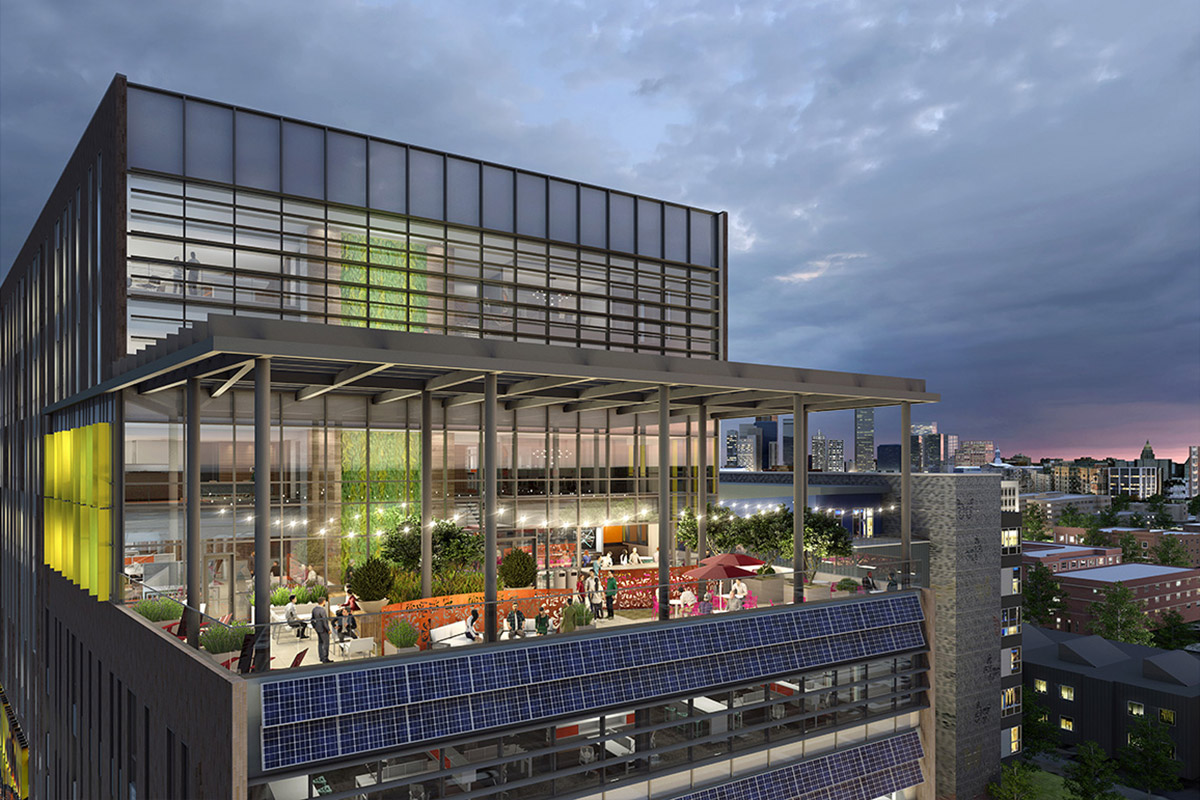 Here are some recent photos of the site and the early stages of construction: 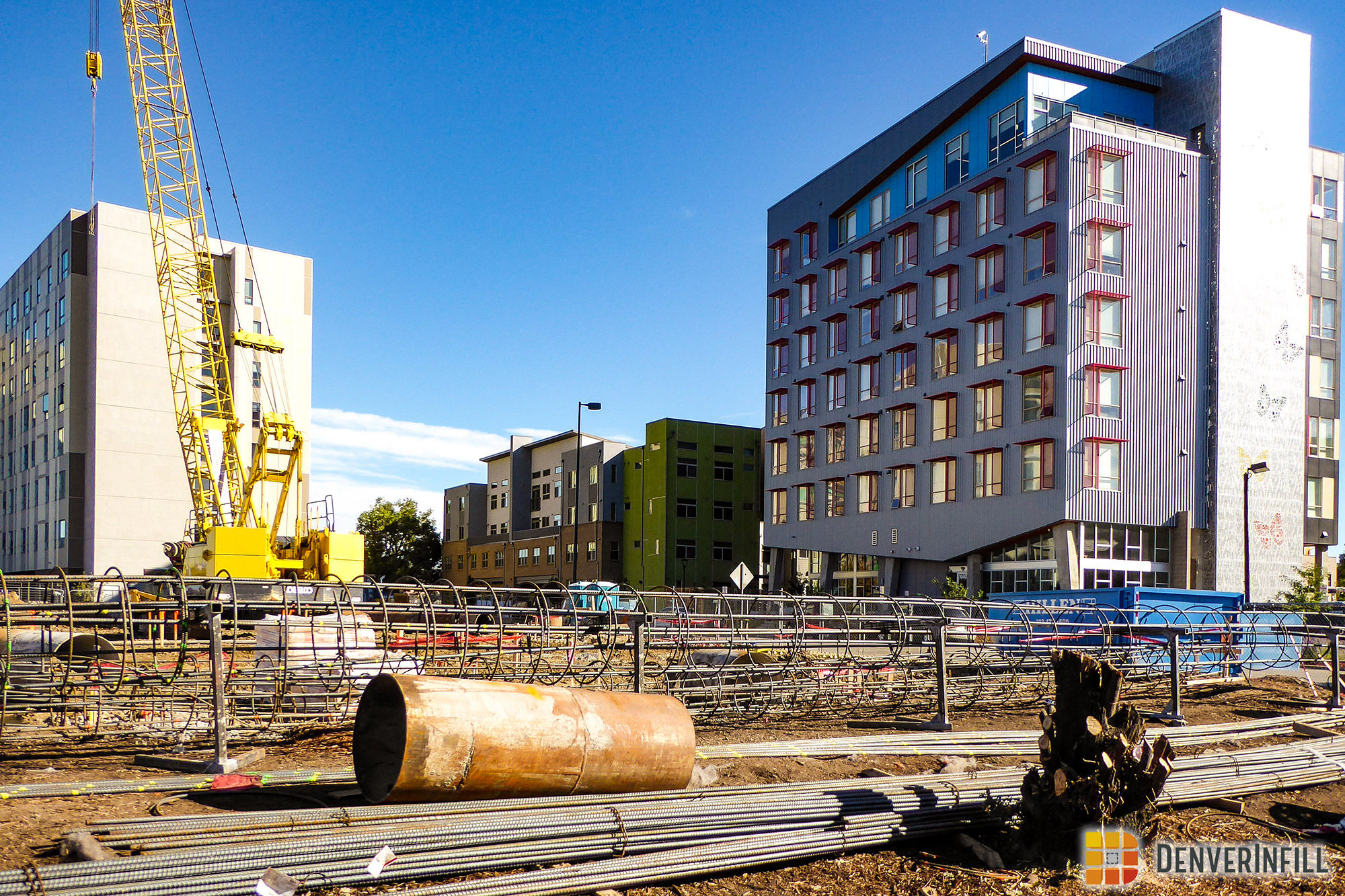 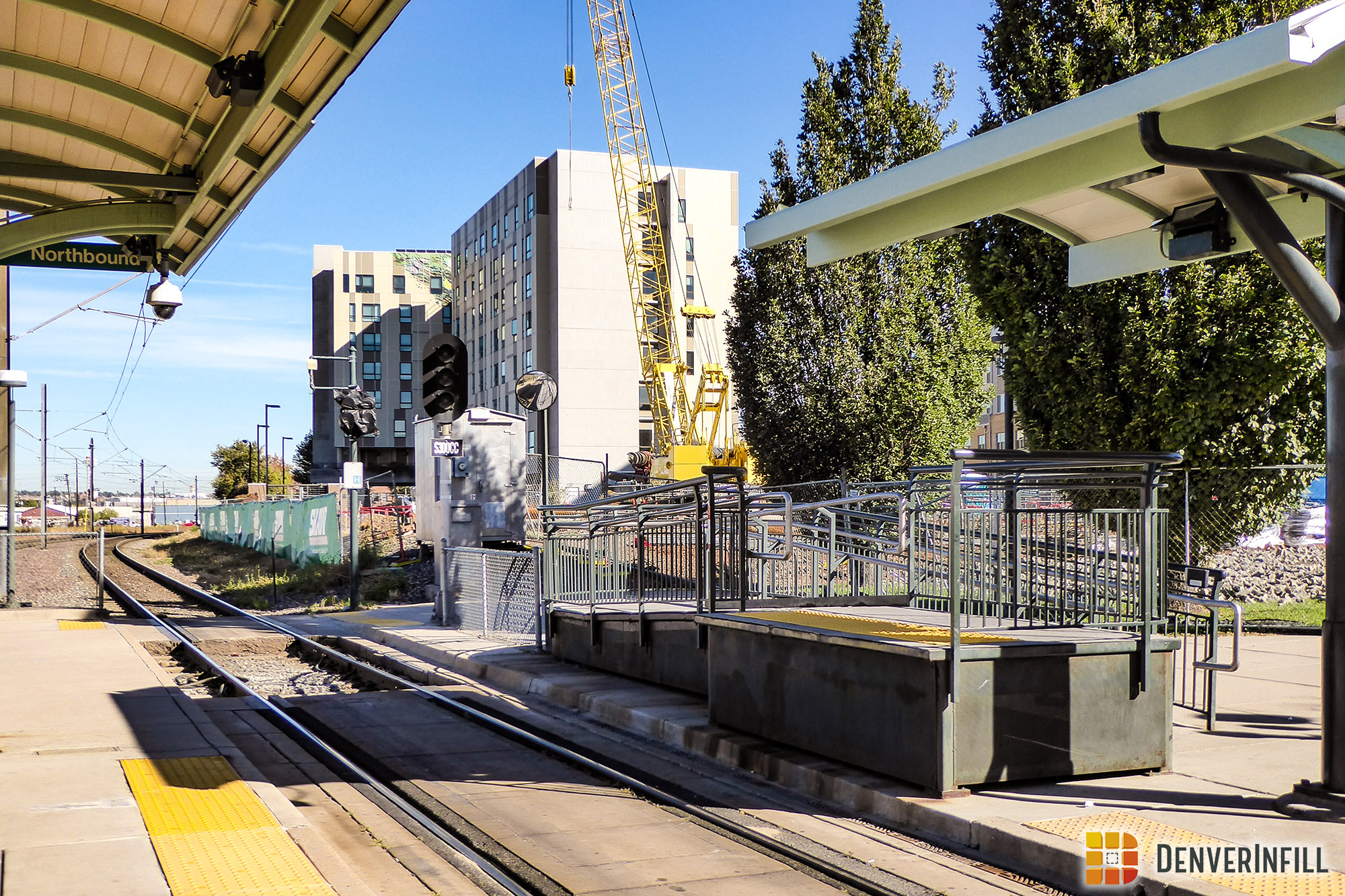 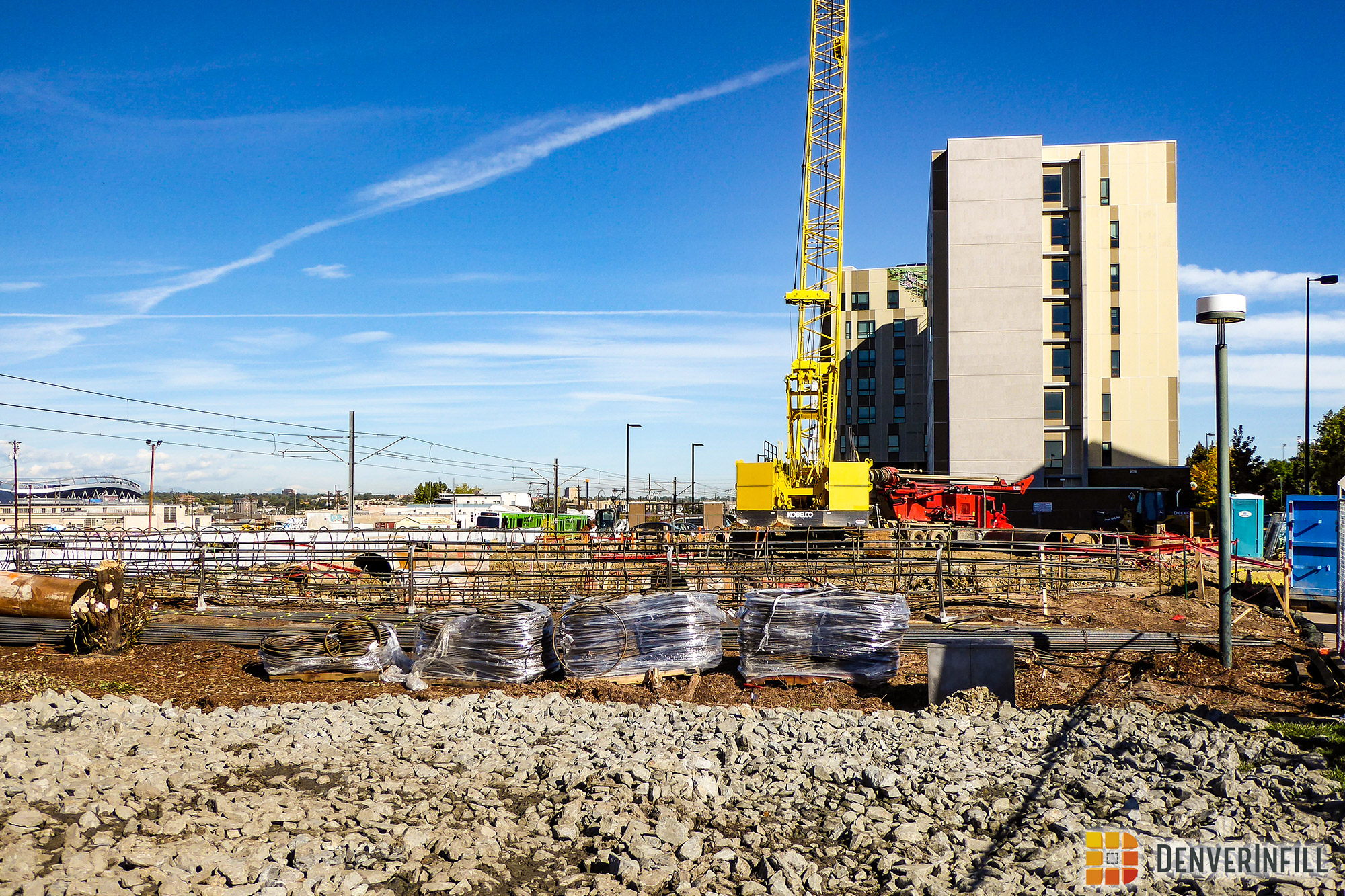 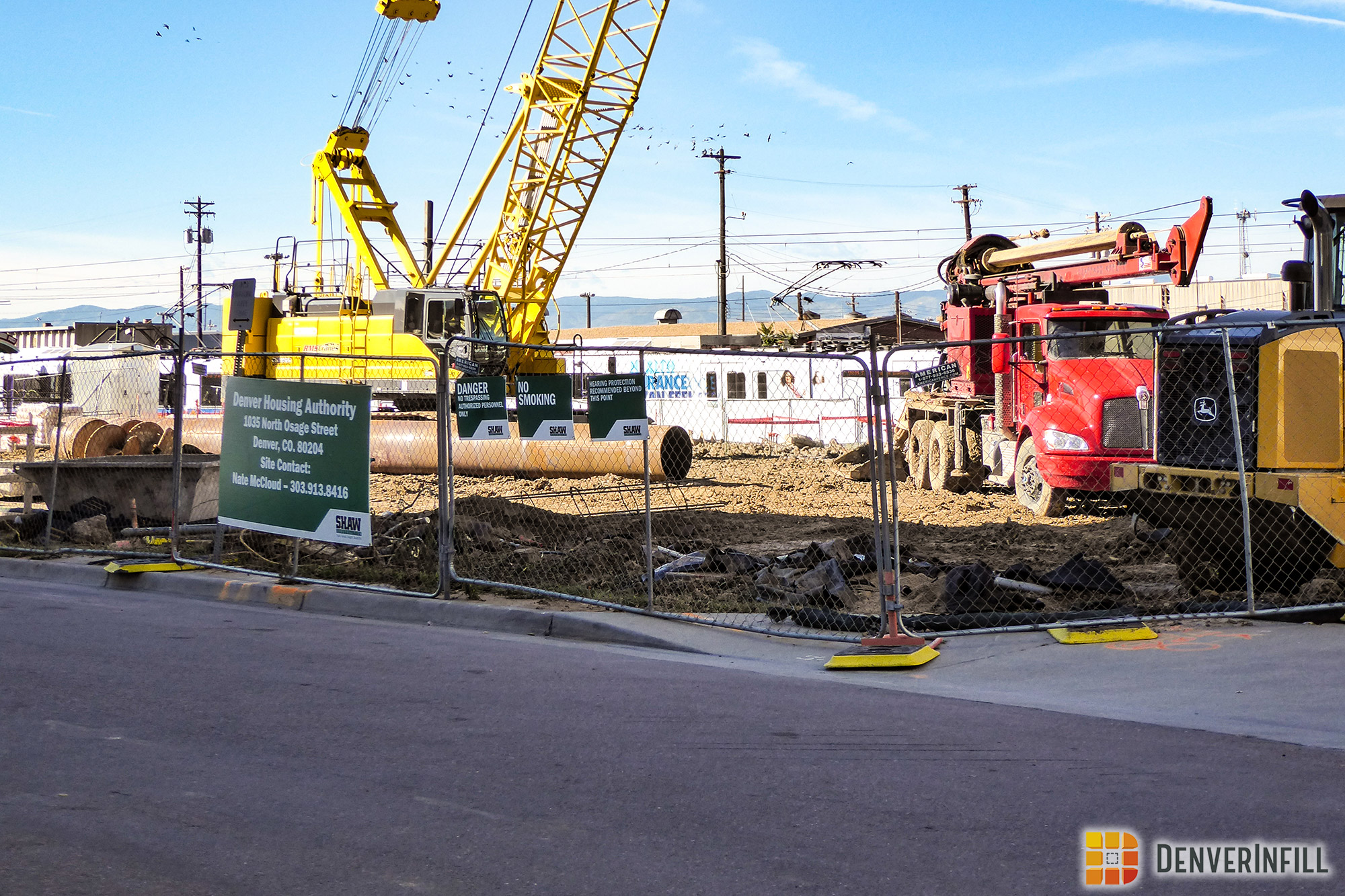 The new Denver Housing Authority headquarters building is scheduled for a Spring 2019 completion.