Right next door to Alexan Arapahoe Square, the 21st and Welton Apartments are also making significant vertical progress. This project will be a bit taller than its neighbor, rising a total of 18 stories. For a rendering refresher, head on over to our first update on this project.

The 21st and Welton Apartments are being built with a traditional concrete structure since it will be just taller than the maximum height of the light gauge steel systems, which are currently rated for around 16 stories. As far as progress is concerned, the building is currently 11 stories up with seven more to go. In addition to the significant height progress, part of the facade is starting to show. The brickwork for the parking podium, and a significant portion of the north end of the building, is starting to go up. 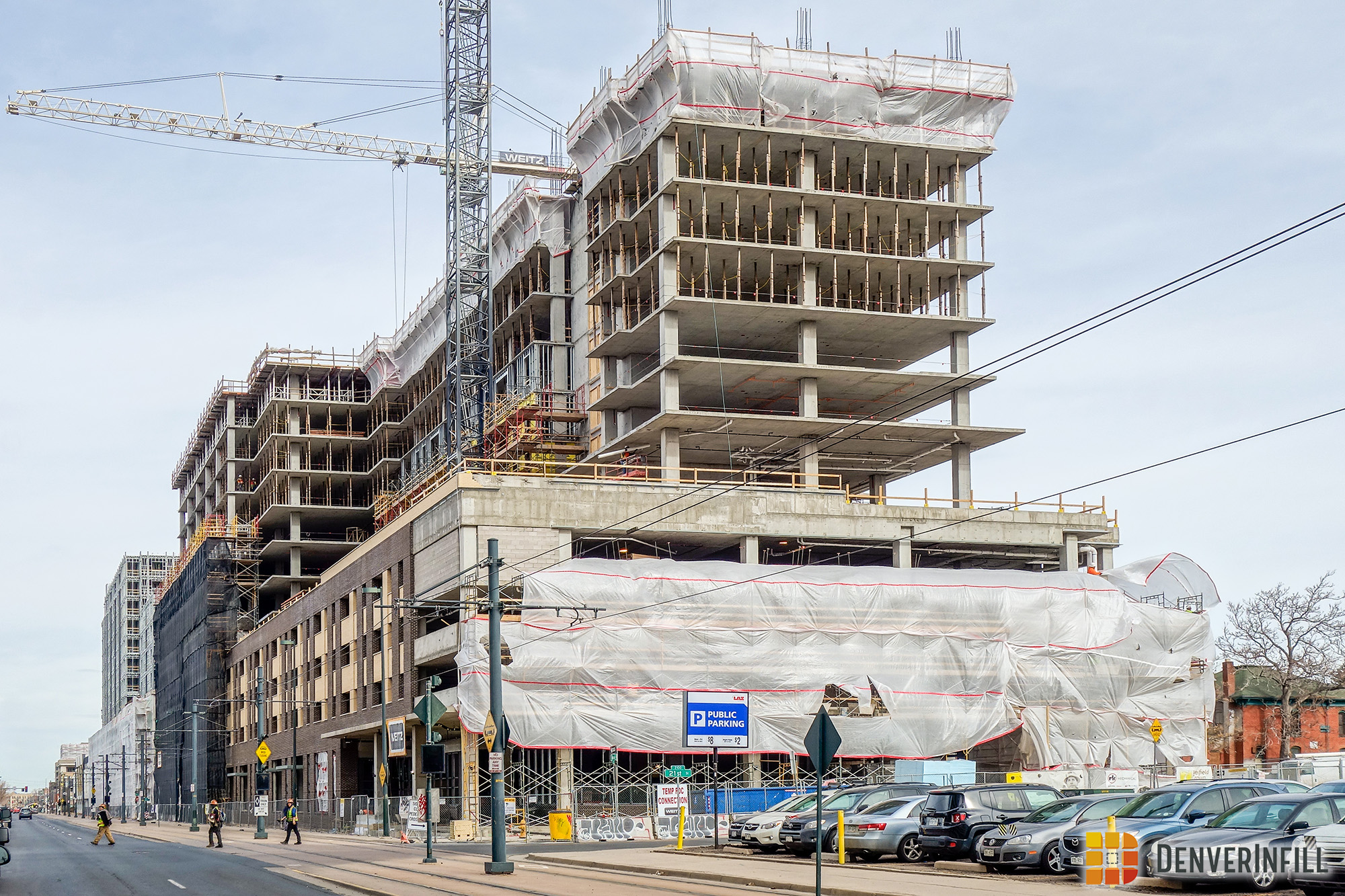 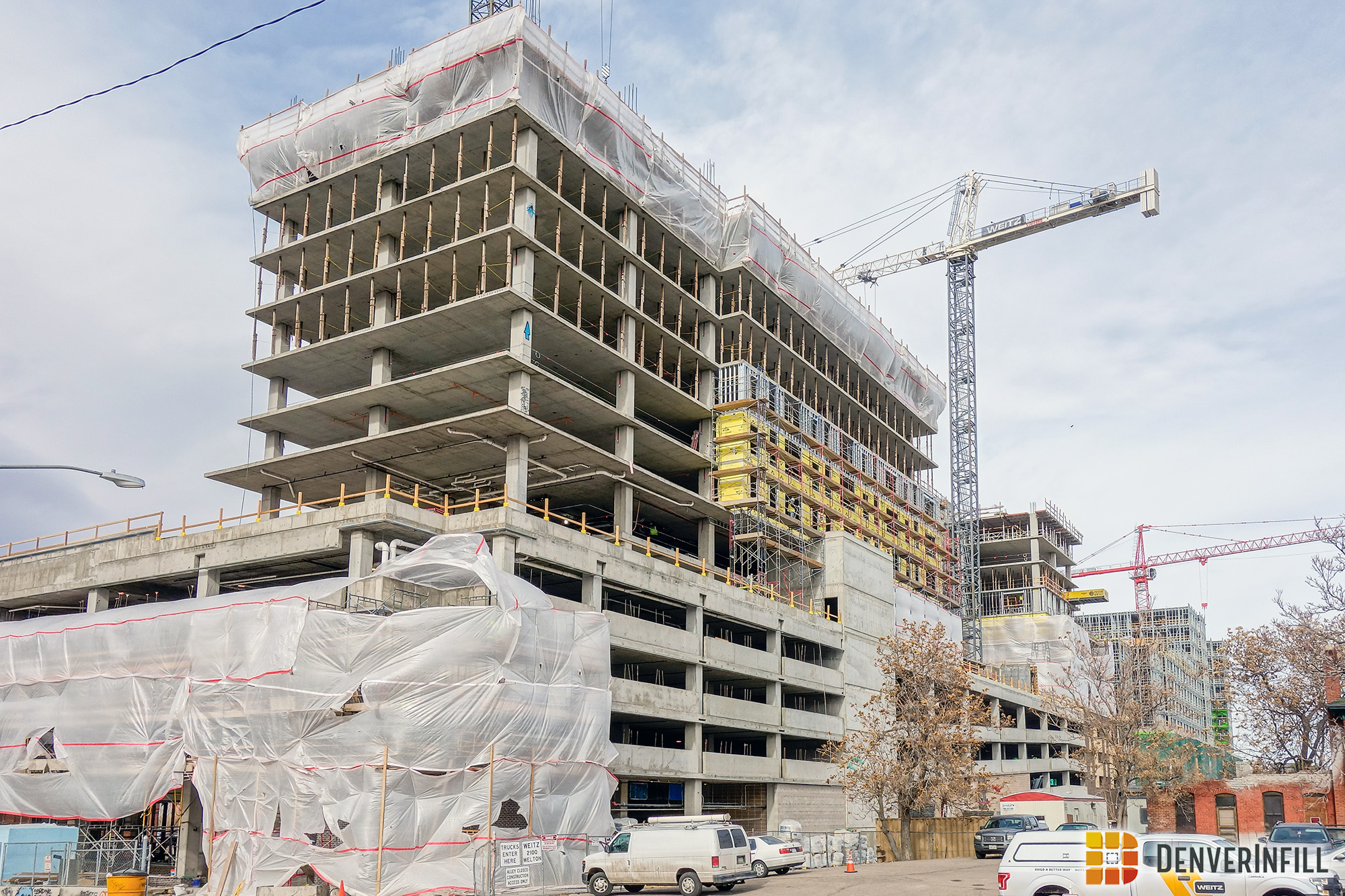 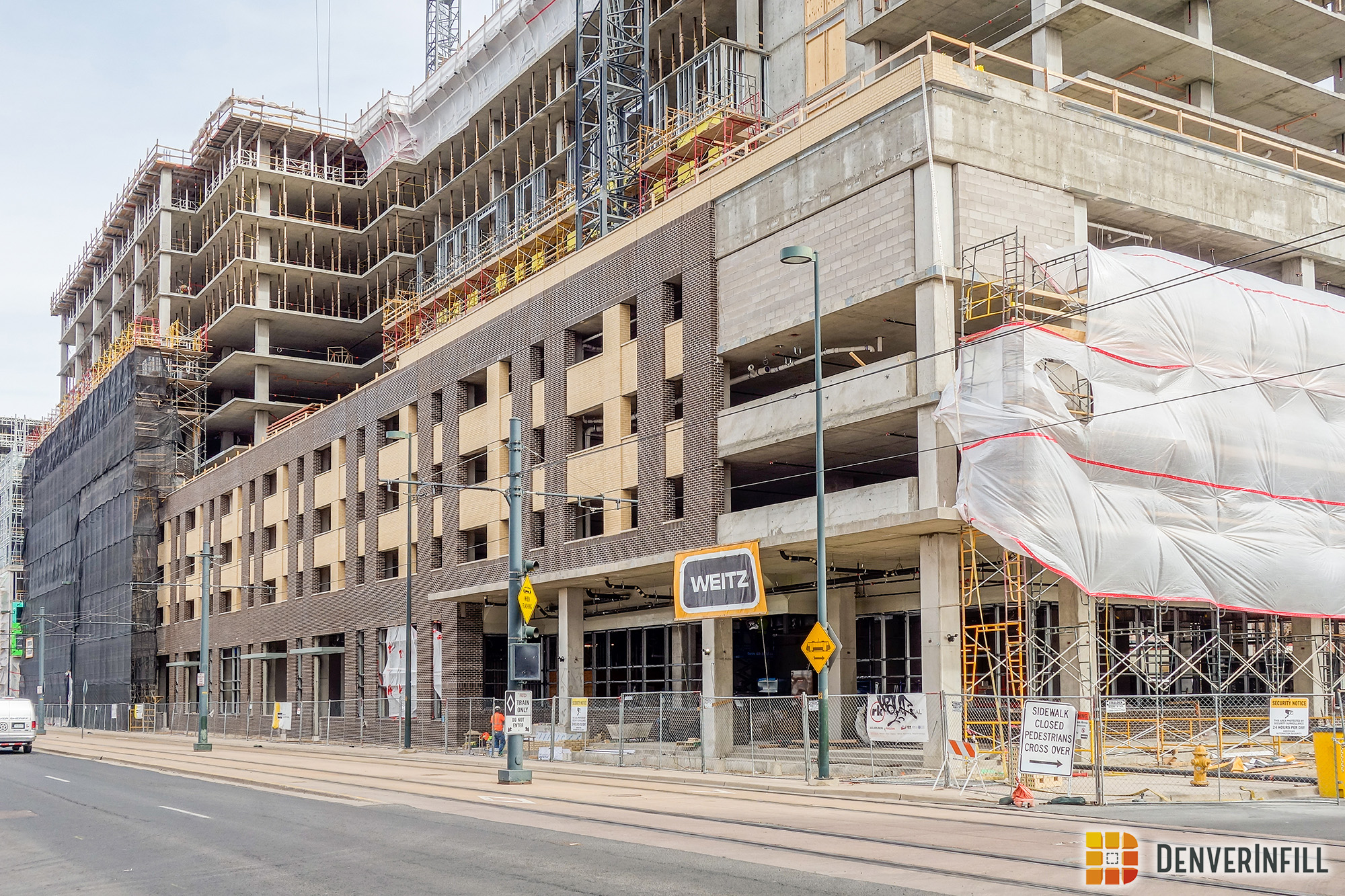 Just like its neighbor to the north, the 21st and Welton apartments are taking up a full half-block along Welton Street.

Just over a year ago, this project was just starting to get out of the ground. In just a year, this part of Arapahoe Square now has three significant projects underway, all eradicating surface parking lots.