It’s been about six months since our last update on 16 Chestnut, the new 19-story, 410,000 square foot office tower next to the Union Station light rail platforms that will give DaVita significant expansion space for their headquarters next door, which opened in 2012. Since then, the tower has topped off, the exterior facade has been installed, and the finishing touches are underway. The tower is scheduled to open in a few months, so our next visit to 16 Chestnut will likely be our final update.

First we have views from the building’s eponymous intersection location of 16th and Chestnut, including a close-up of the DaVita main entry and lobby next to the Millennium Bridge. A second lobby for the non-DaVita tenants in the building is located up Chestnut toward 17th Street. 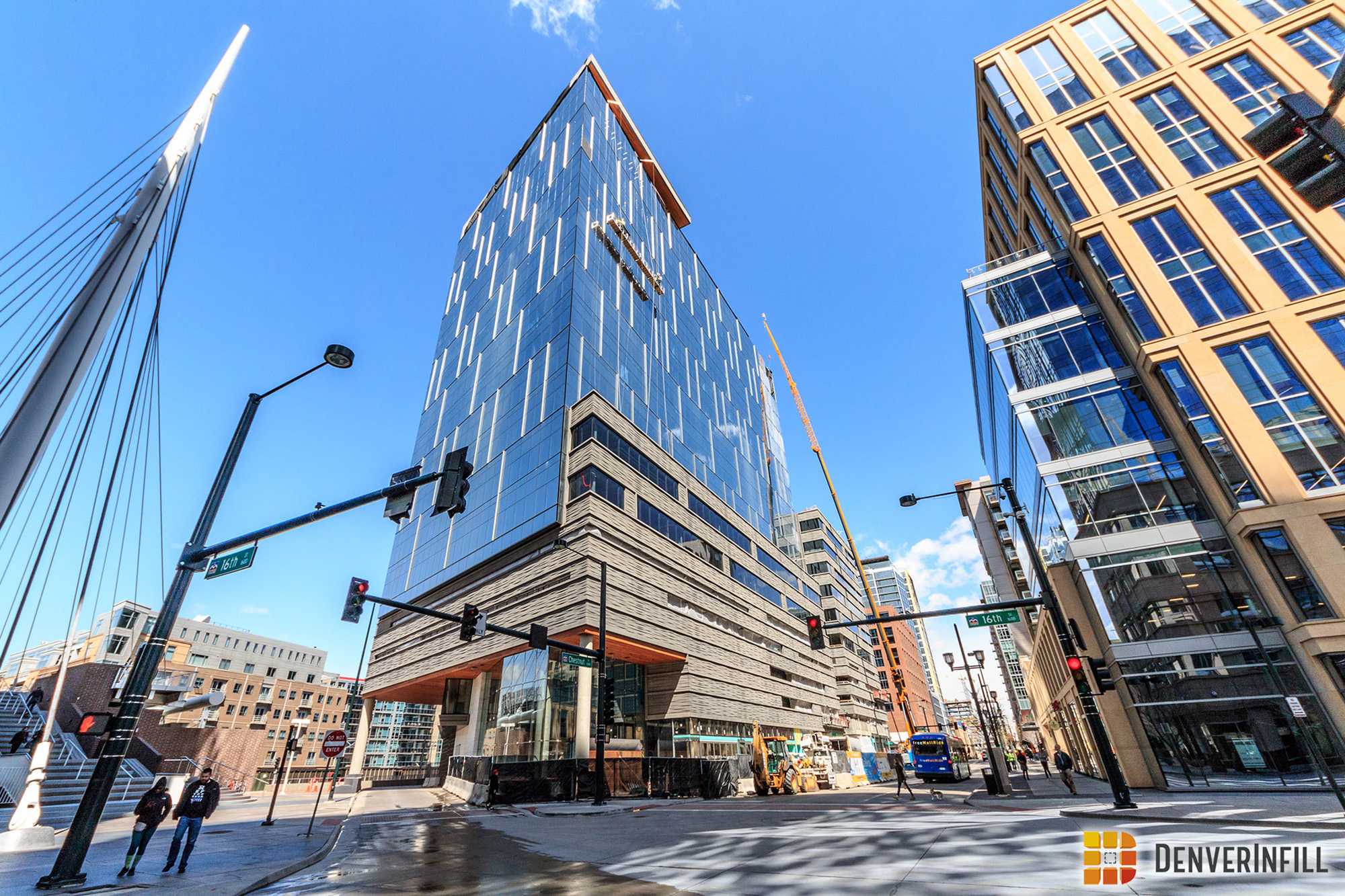 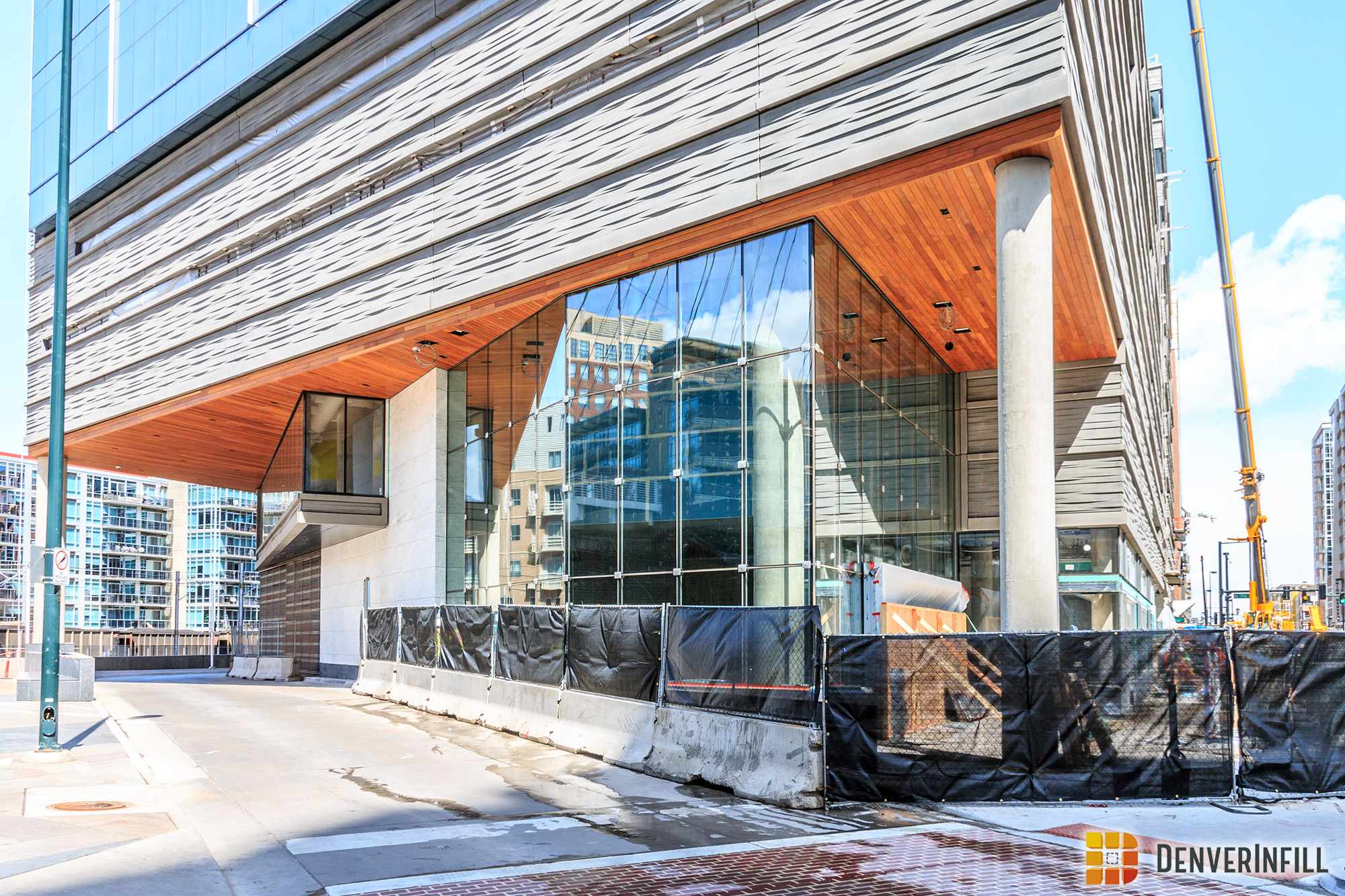 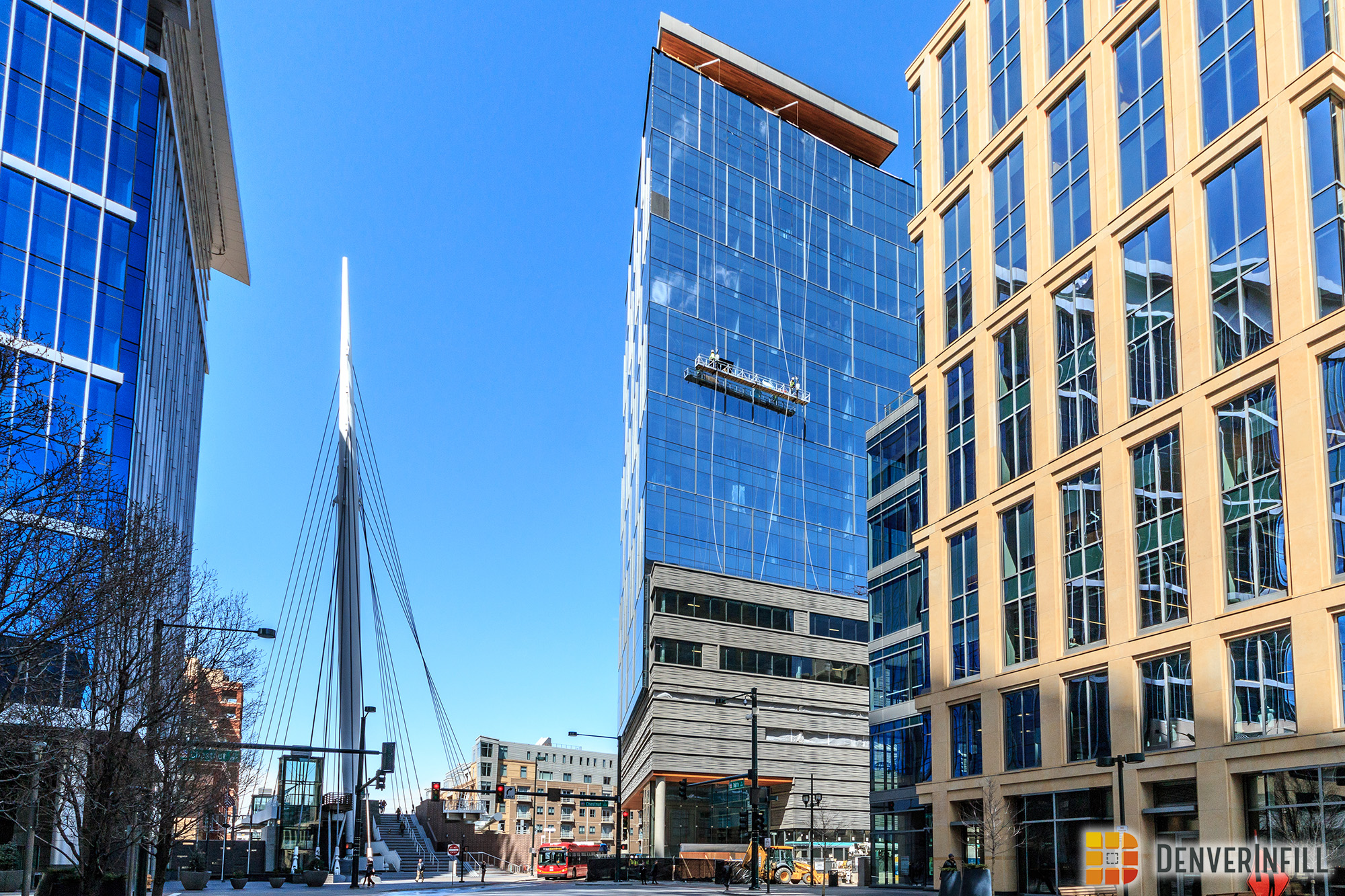 The tower steps down to 11 stories along 17th Street, where RTD’s MallRide drop-off area is next to the Chestnut Pavilion. This is also where the project’s ground-floor retail space of about 5,800 square feet is located. 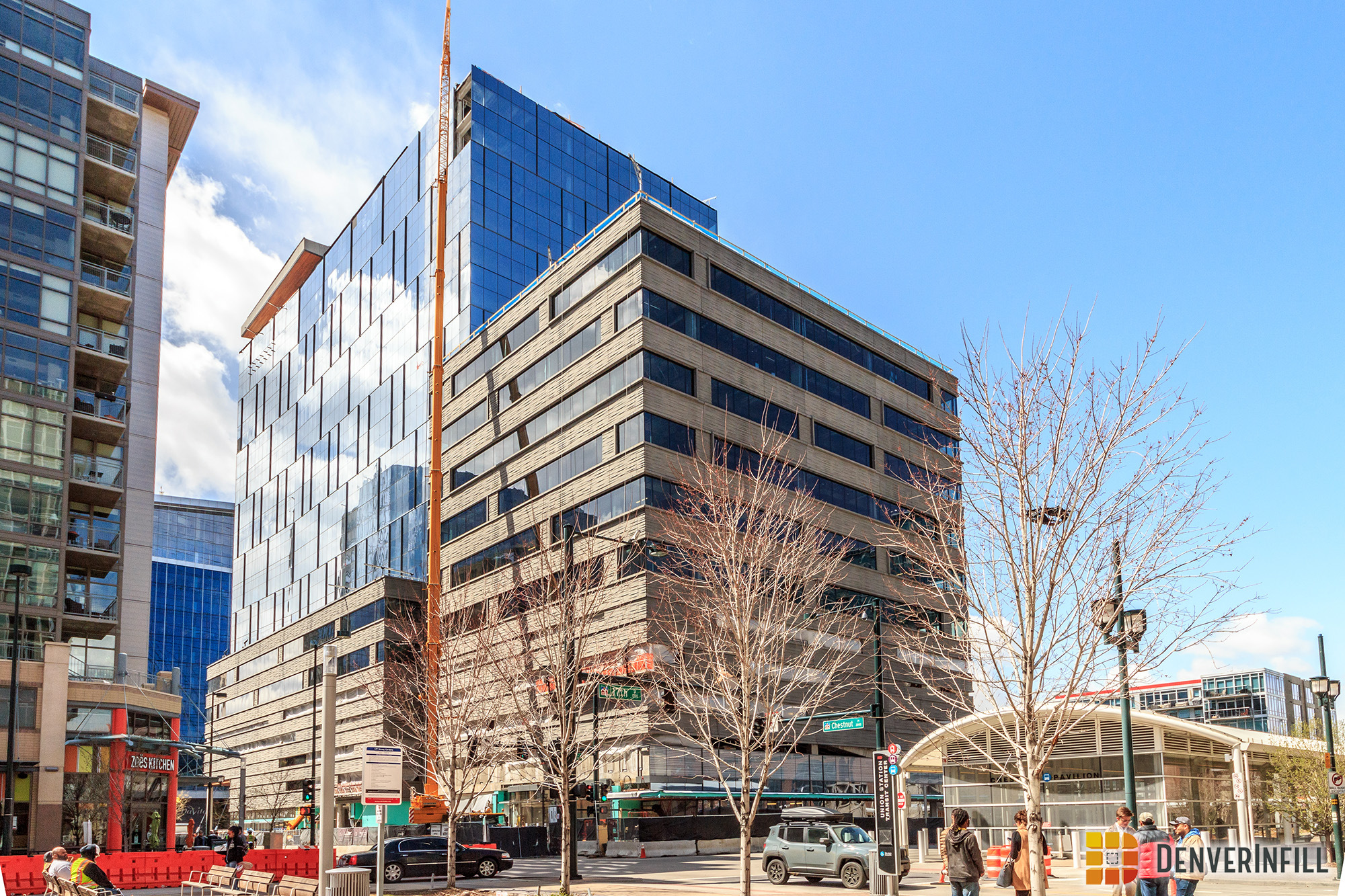 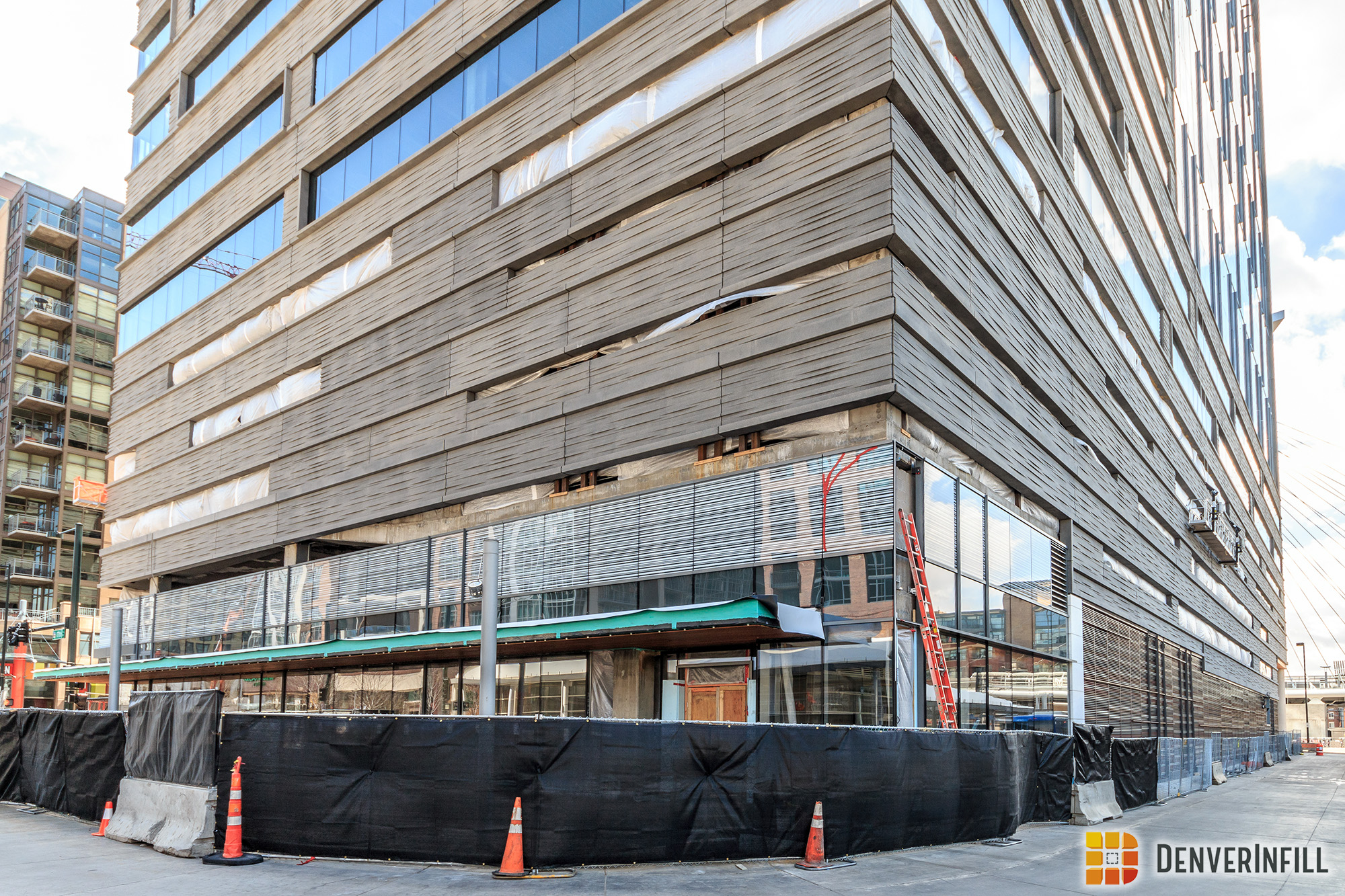 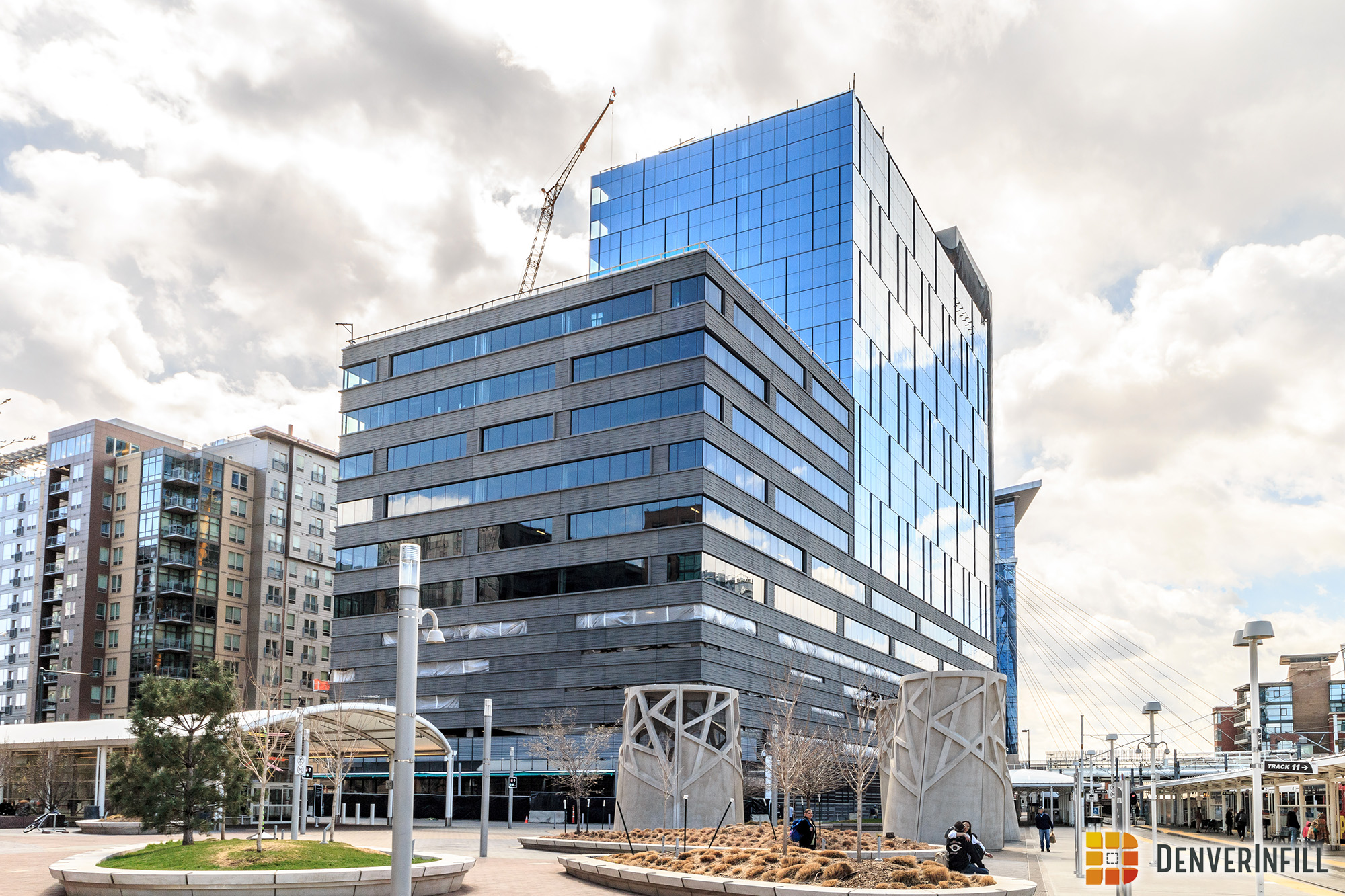 The northwest side of the tower faces the RTD rail platforms serving the C, E, and W lines. This is also the side facing Commons Park on the other side of the tracks. 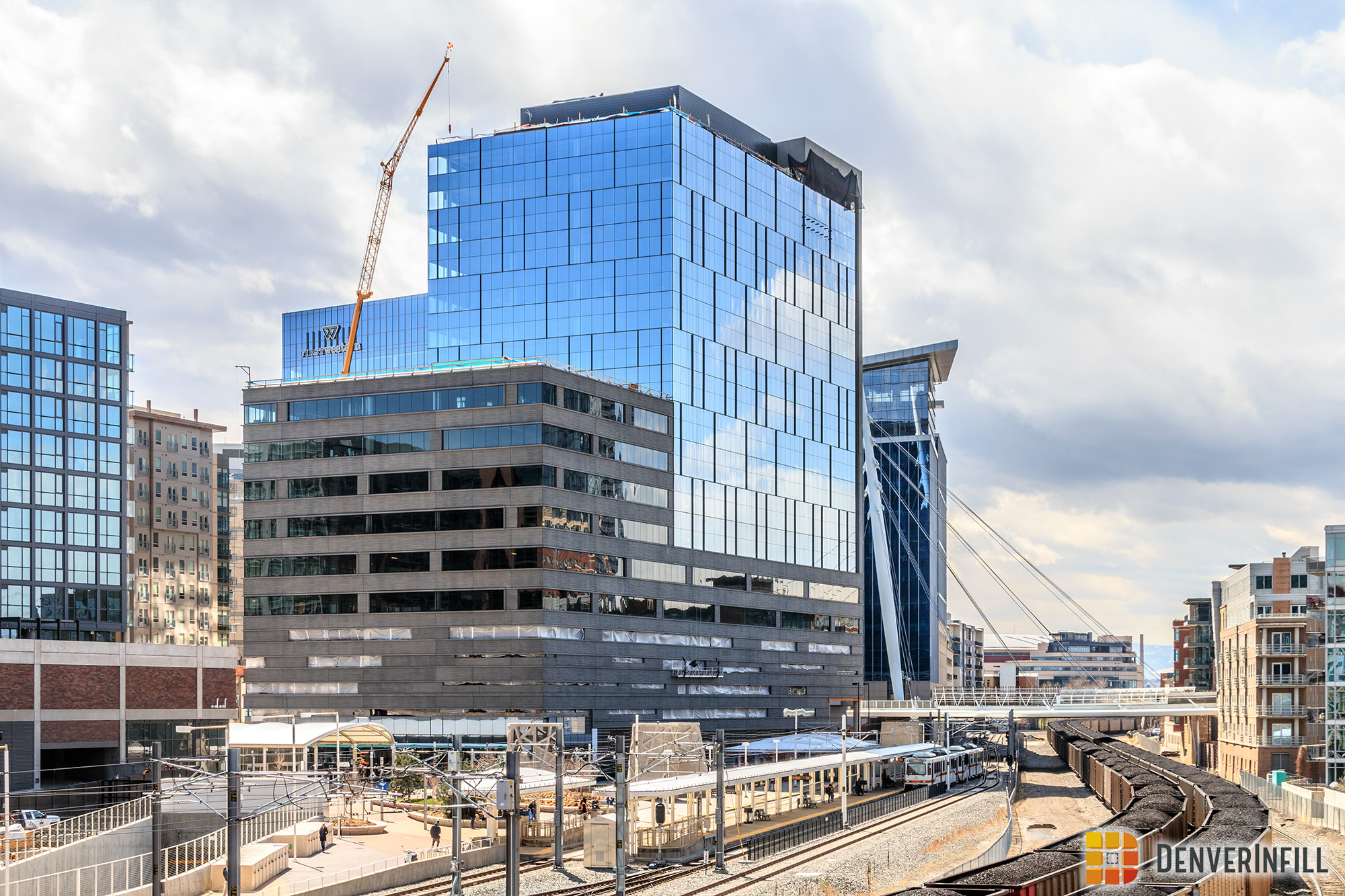 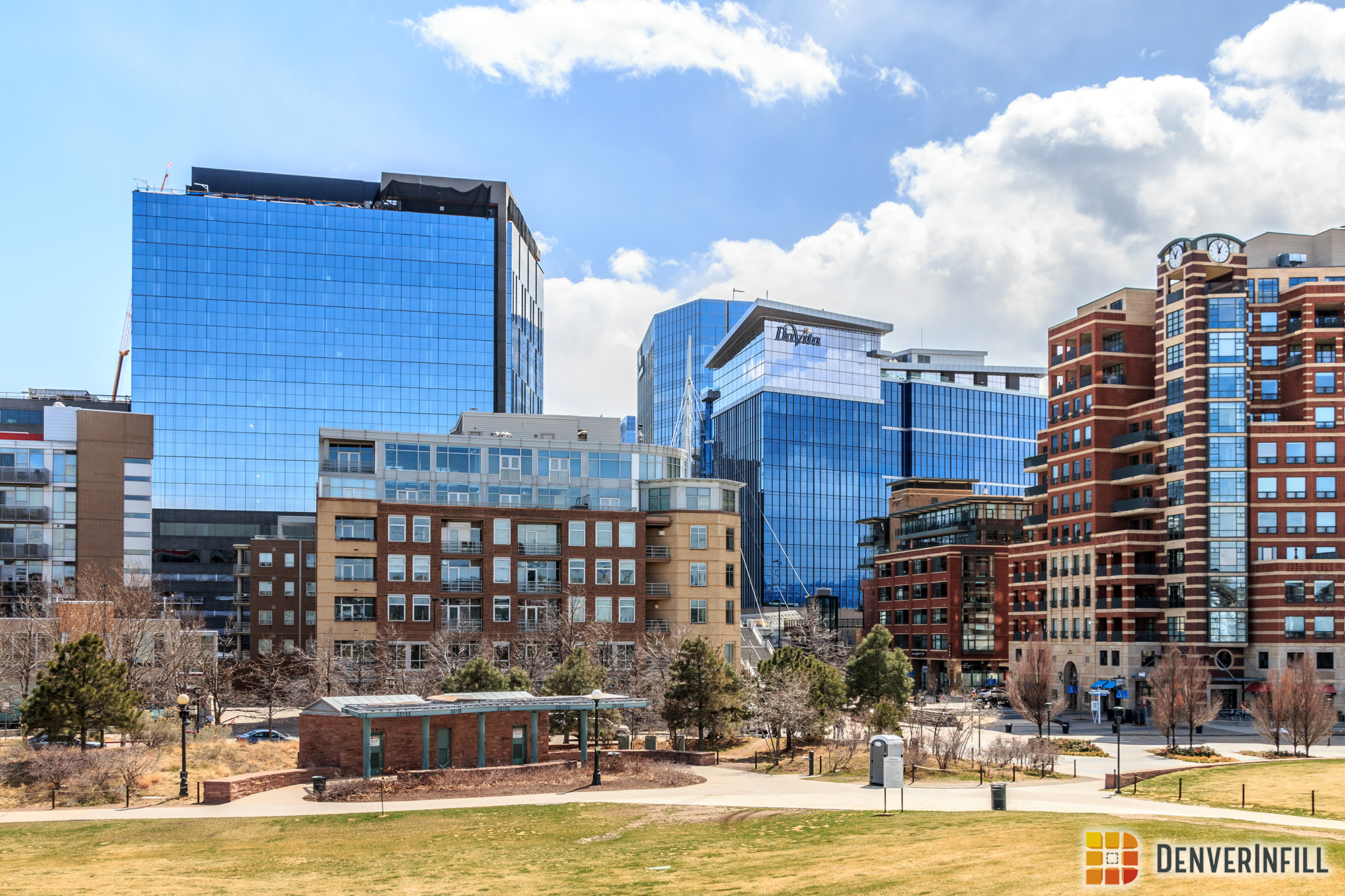 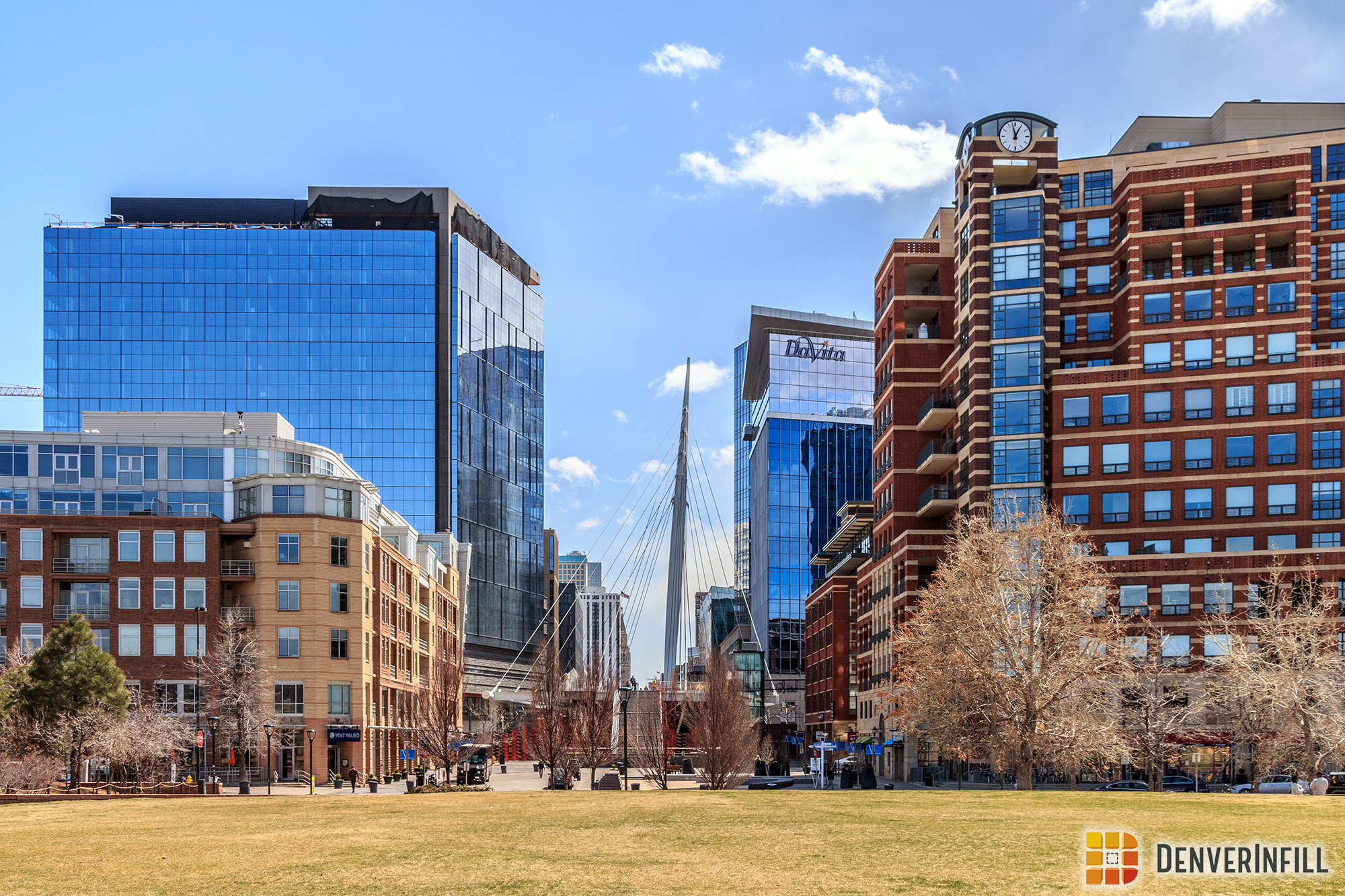 Finally, we’re back around to the Millennium Bridge. 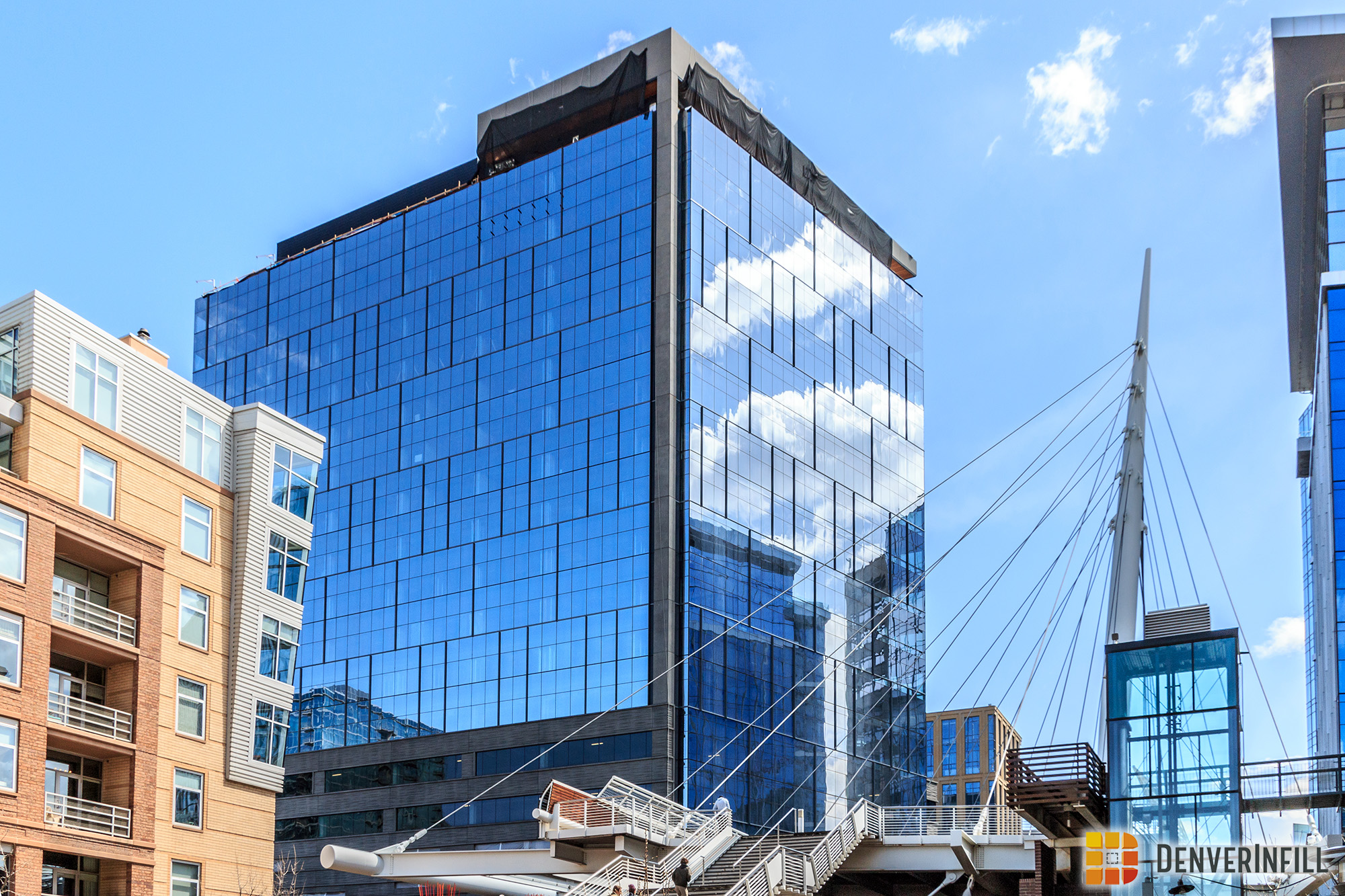 This concludes our Update #13! We’ll be back when 16 Chestnut opens for business in a few months.