Just over two years ago, we announced a new project going up on one of Downtown Denver’s unattractive parking craters. Now, with groundbreaking hopefully around the corner, an updated design has been released for the 30-story office portion of the project. Block 162 will be split between this office tower, which we are covering today, and a future phase which is yet to be announced.

The 30-story, 595,000 square foot office building will now feature a sleek curve in the roof-line, and will sport exterior and crown lighting. The podium also appears to now be completely covered in glass. Here is a close up, and aerial rendering courtesy of the project’s website. The project’s architect is Gensler. 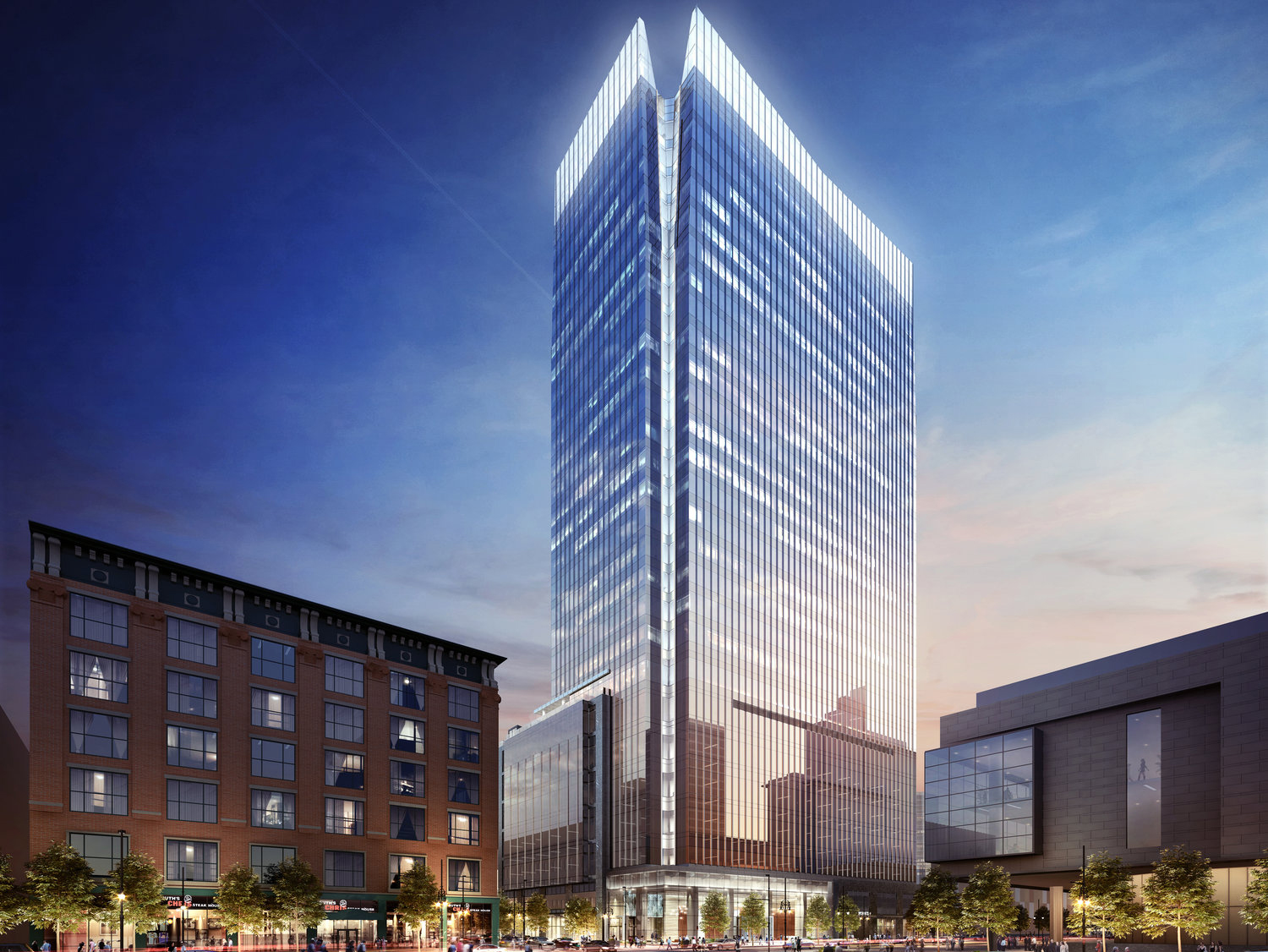 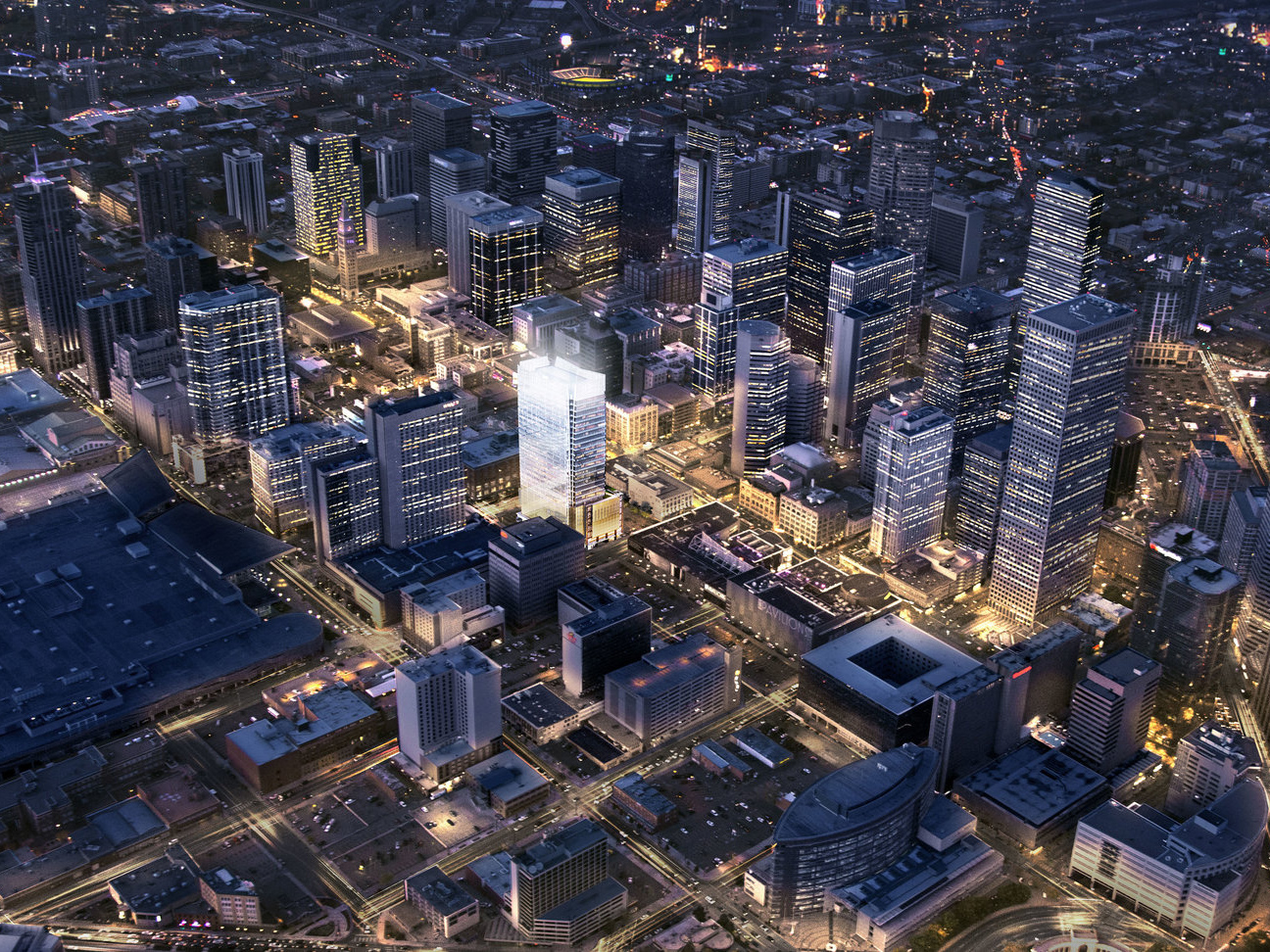 Next up, here is a detailed view of the lobby which will face 15th Street. 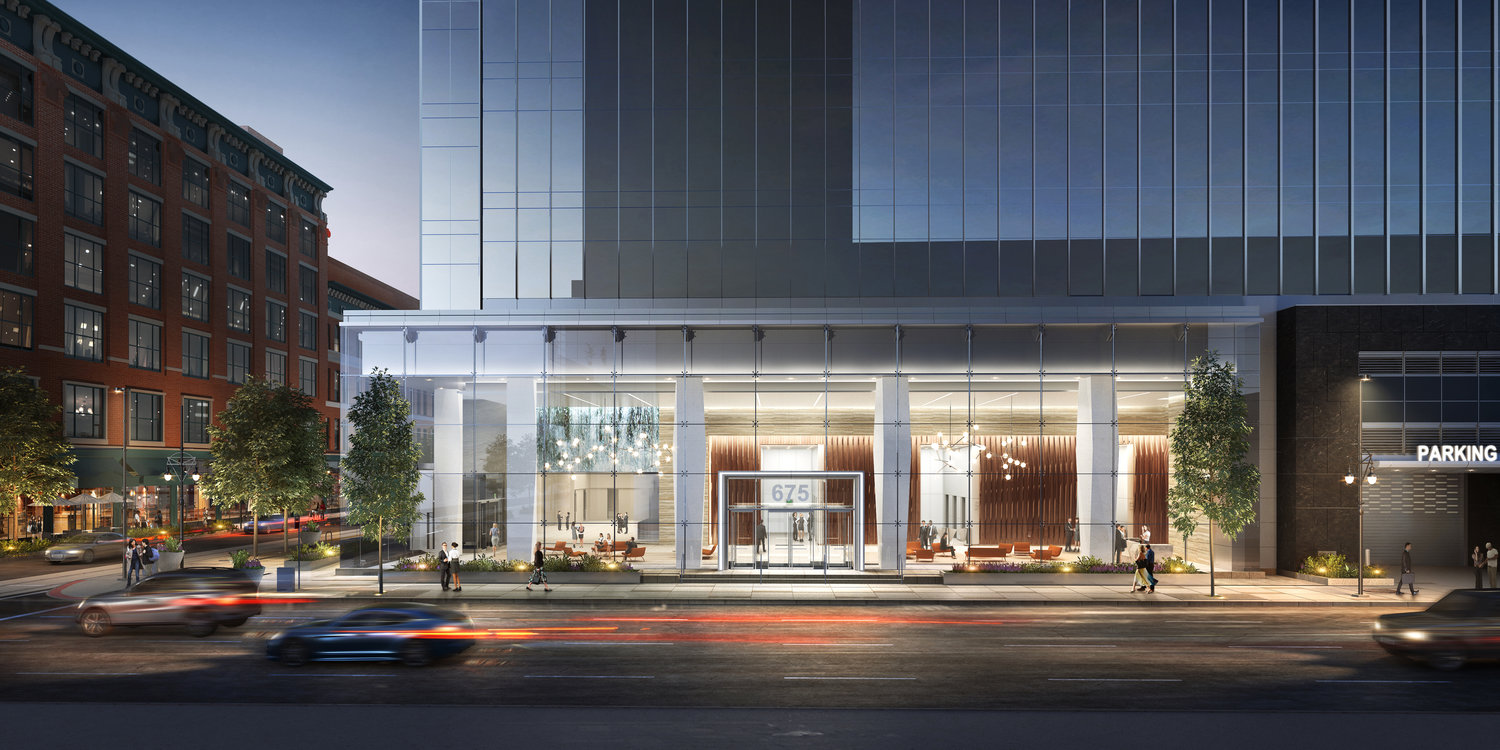 The tenants of the building will have access to an 11th floor rooftop terrace, which will be set on top of the podium. 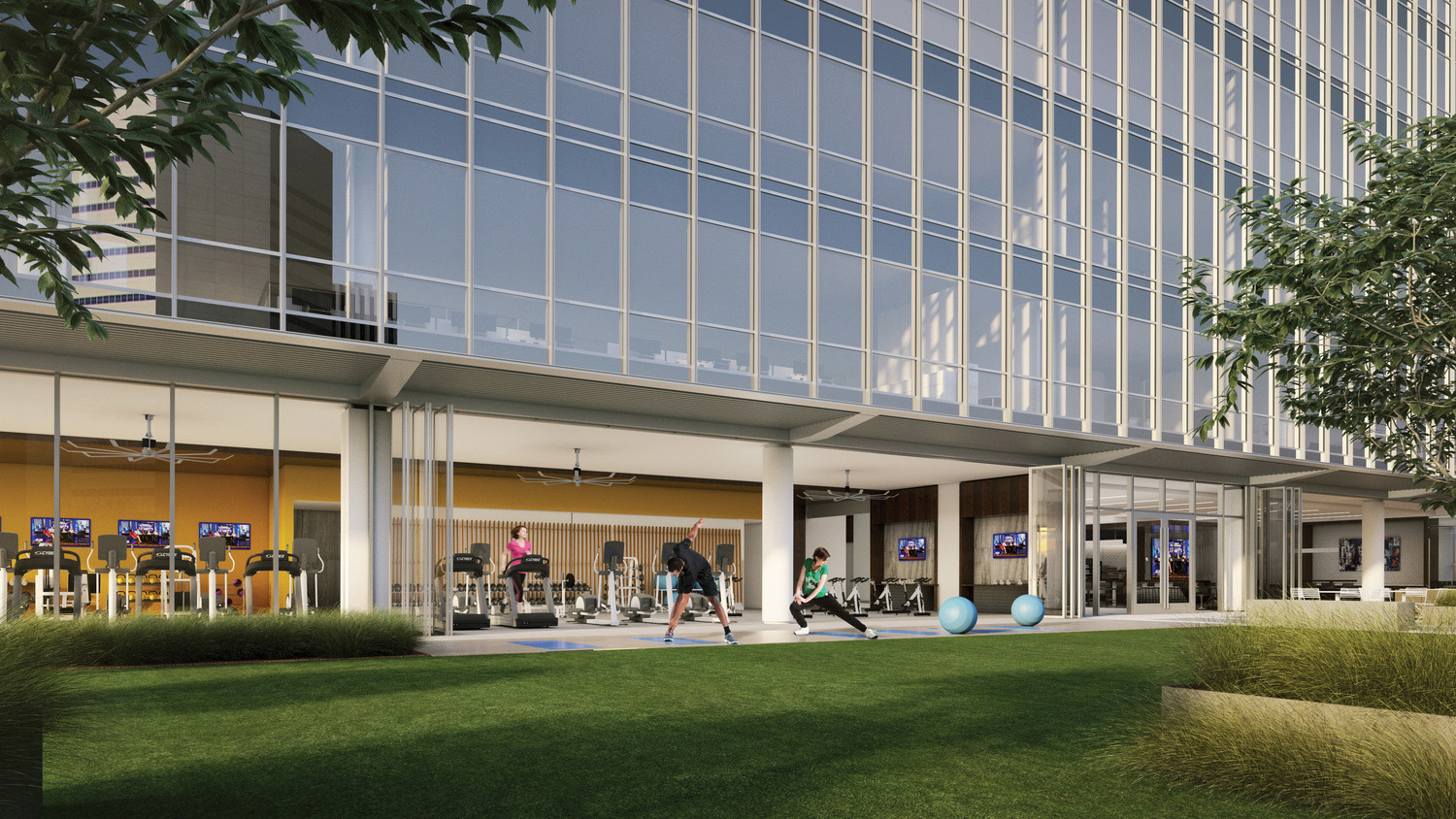 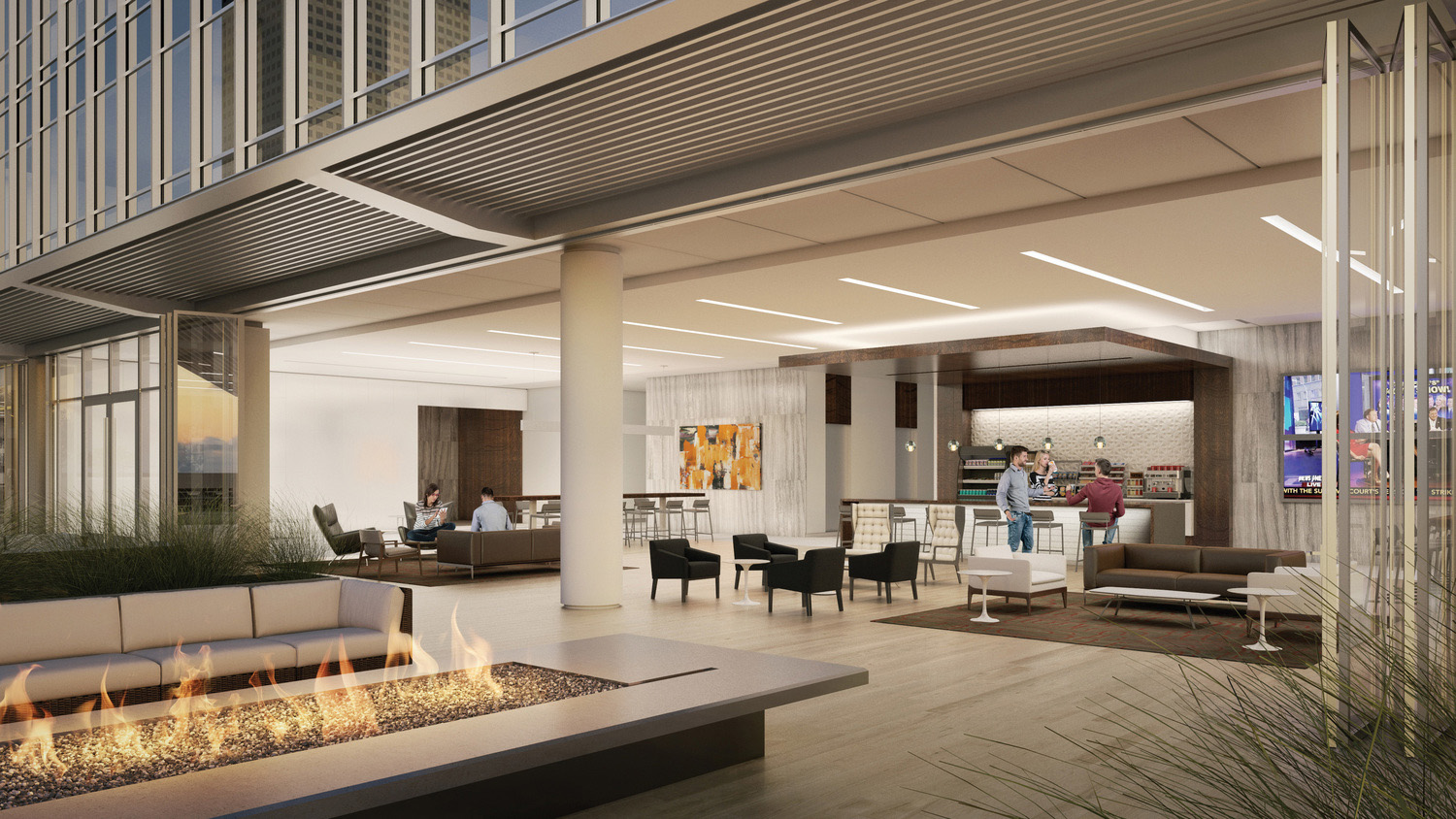 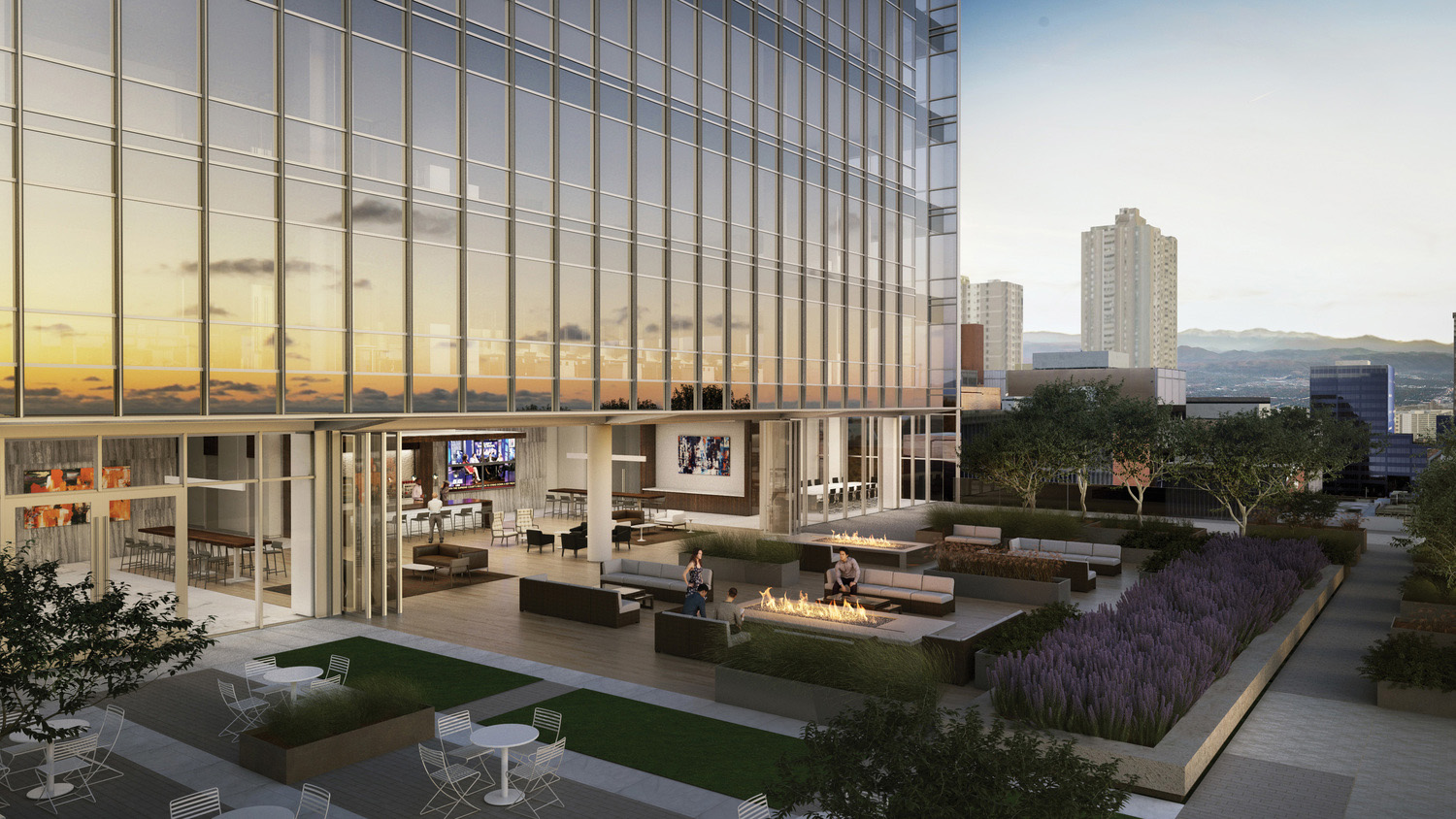 A sign is currently up at the edge of Block 162 stating that it will be groundbreaking soon. We do not have any concrete details of when groundbreaking will happen, but we will keep you updated as soon as we find out more information. Stay tuned!