Another major tower is beginning to wrap up construction in Downtown Denver. The Confluence, a 34-story, 288-unit apartment building, is receiving its final touches, with residents starting to move into the tower. Believe it or not, the legacy of this tower began back in 2007 when the parcel was going through the rezoning process. Then, in 2010, the first concepts came out with preliminary plans to build a 30+ story building. From 2013 to present day, we covered the official project with 16 updates. Click the link below to view all of DenverInfill’s coverage.

First, let’s start by taking a look at the project from Commons Park where the tower features a more slender profile. In addition, the six-story portion of the project, fronting 15th Street, is visible from here. 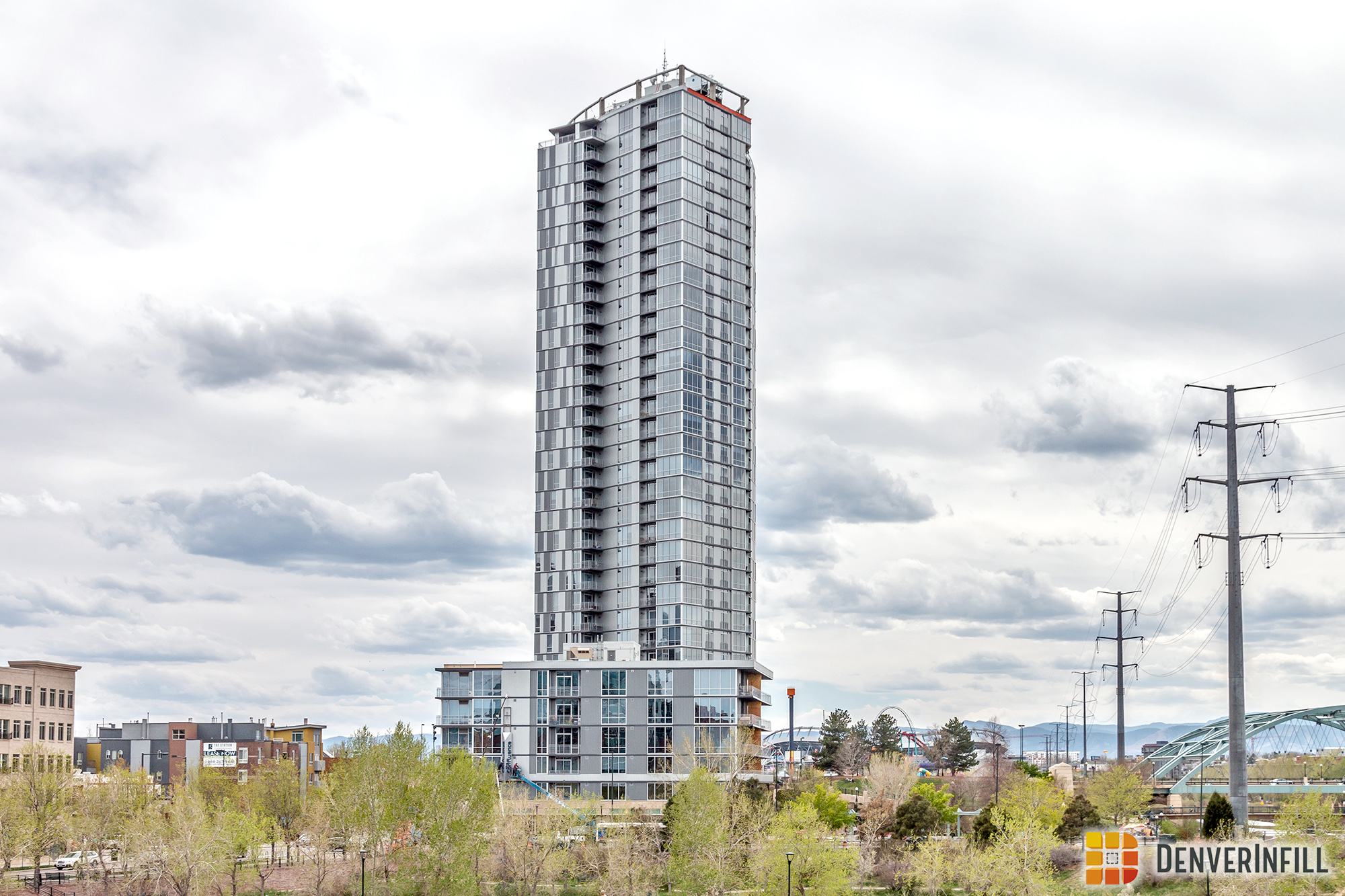 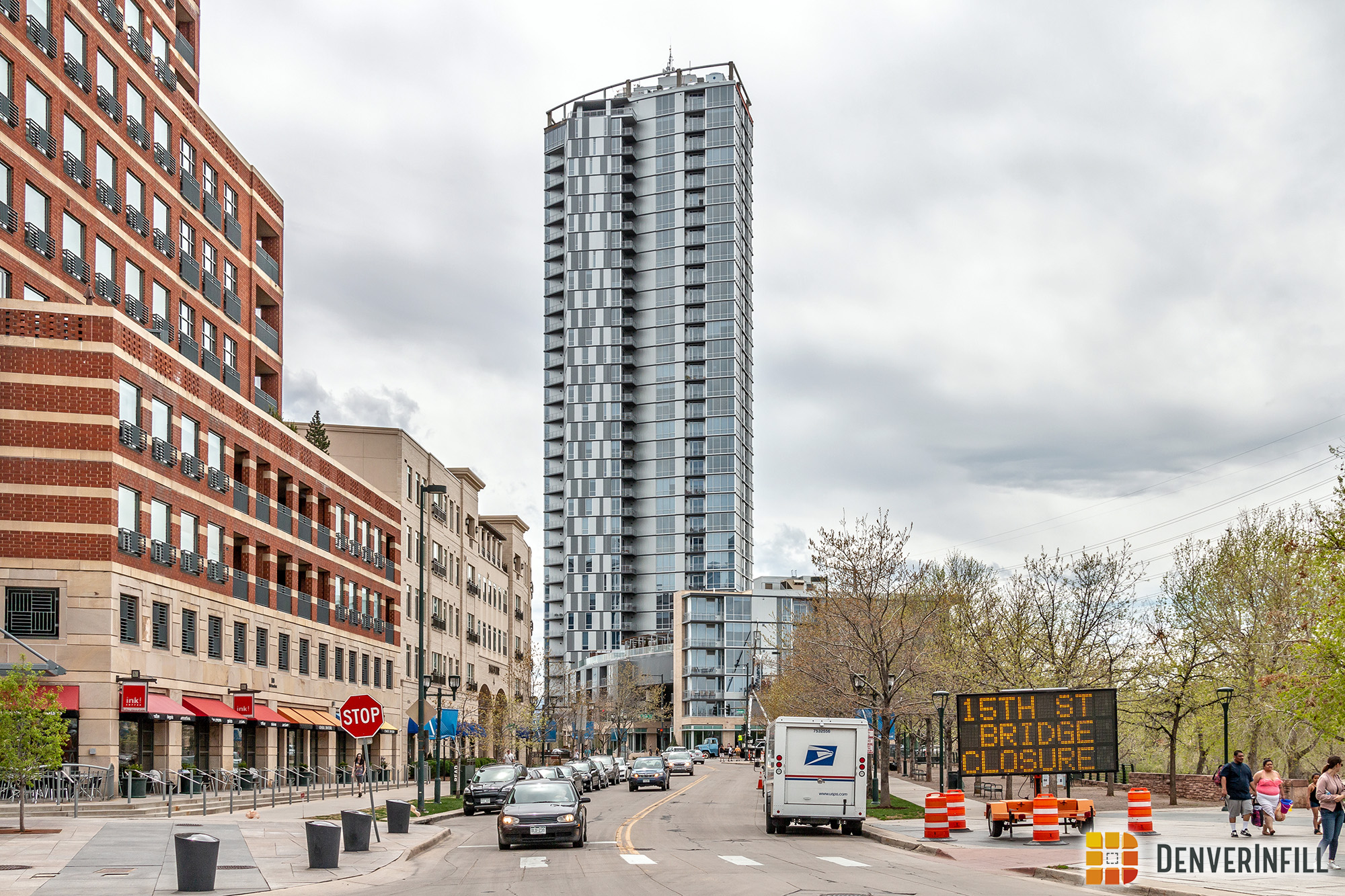 Before we get to other views of the tower, let’s move in closer and check out the street level. The 6 and 34-story portions of the project are connected via bridge which also contains the outdoor amenity deck. Over the weekend, workers were installing a sign along 15th Street. 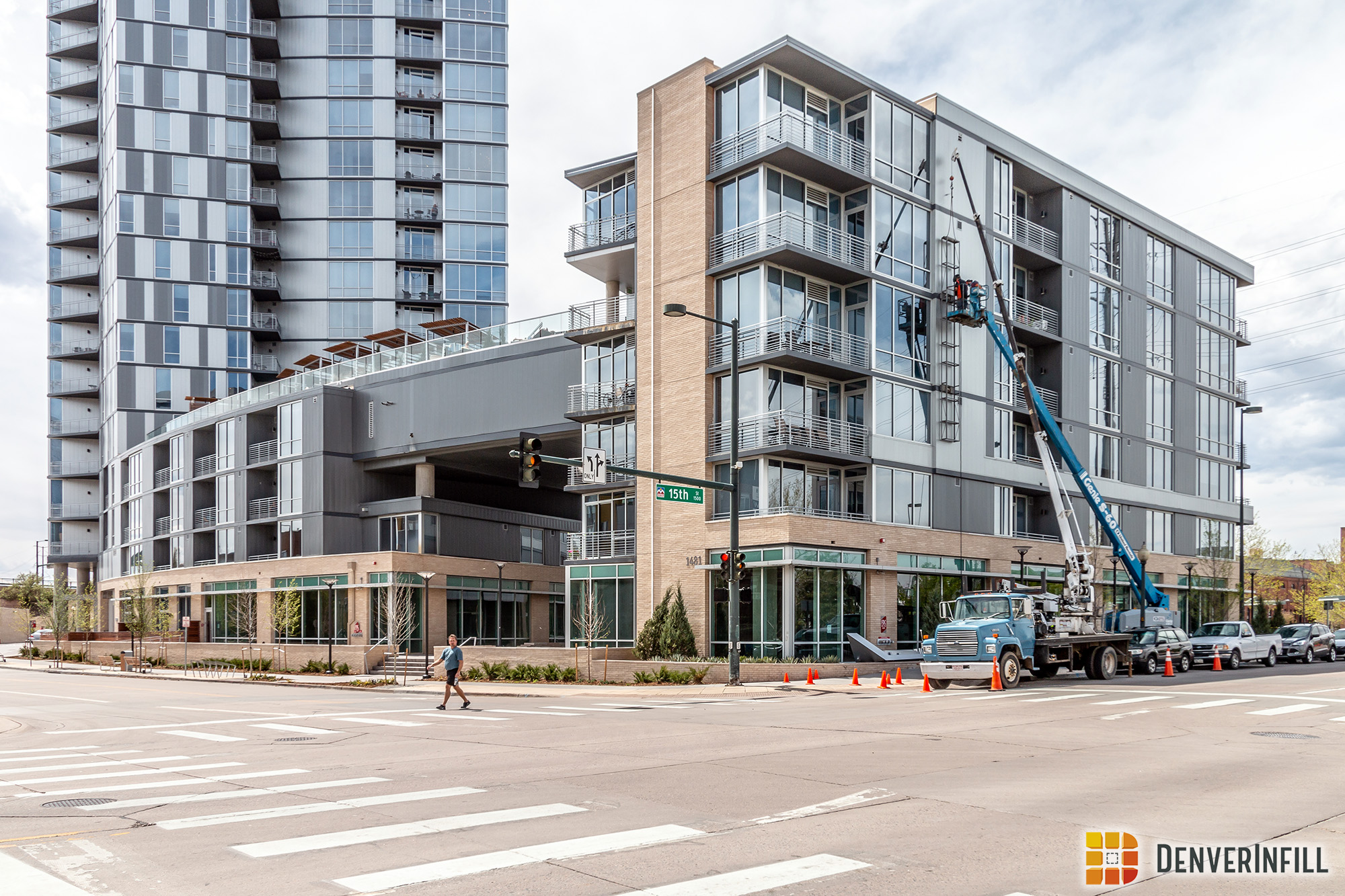 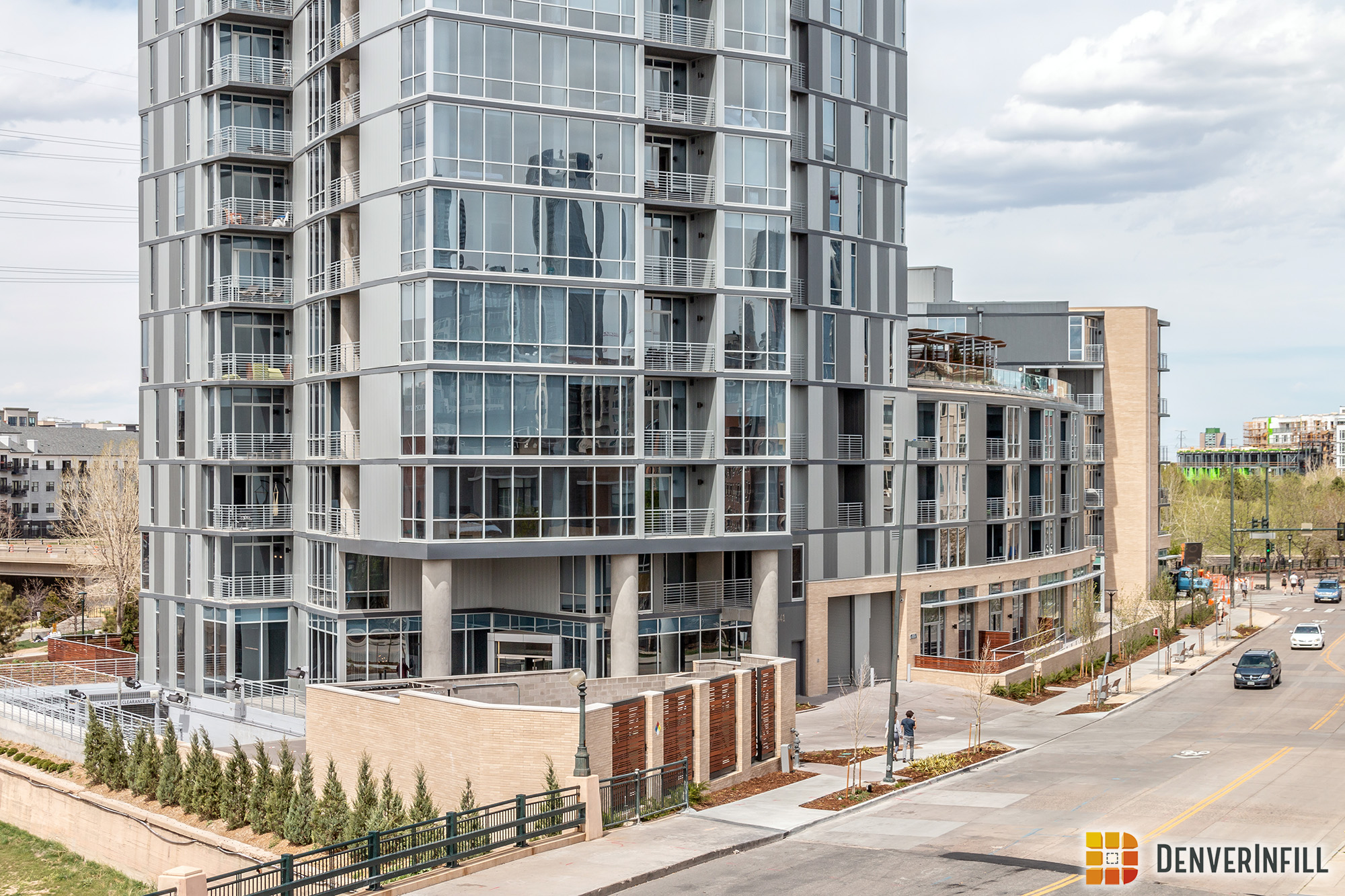 The six-story portion of the project will contain ground floor retail with some of the space facing Confluence Park. The Confluence integrates nicely with the park with open windows, great landscaping and an overall pedestrian friendly feel. 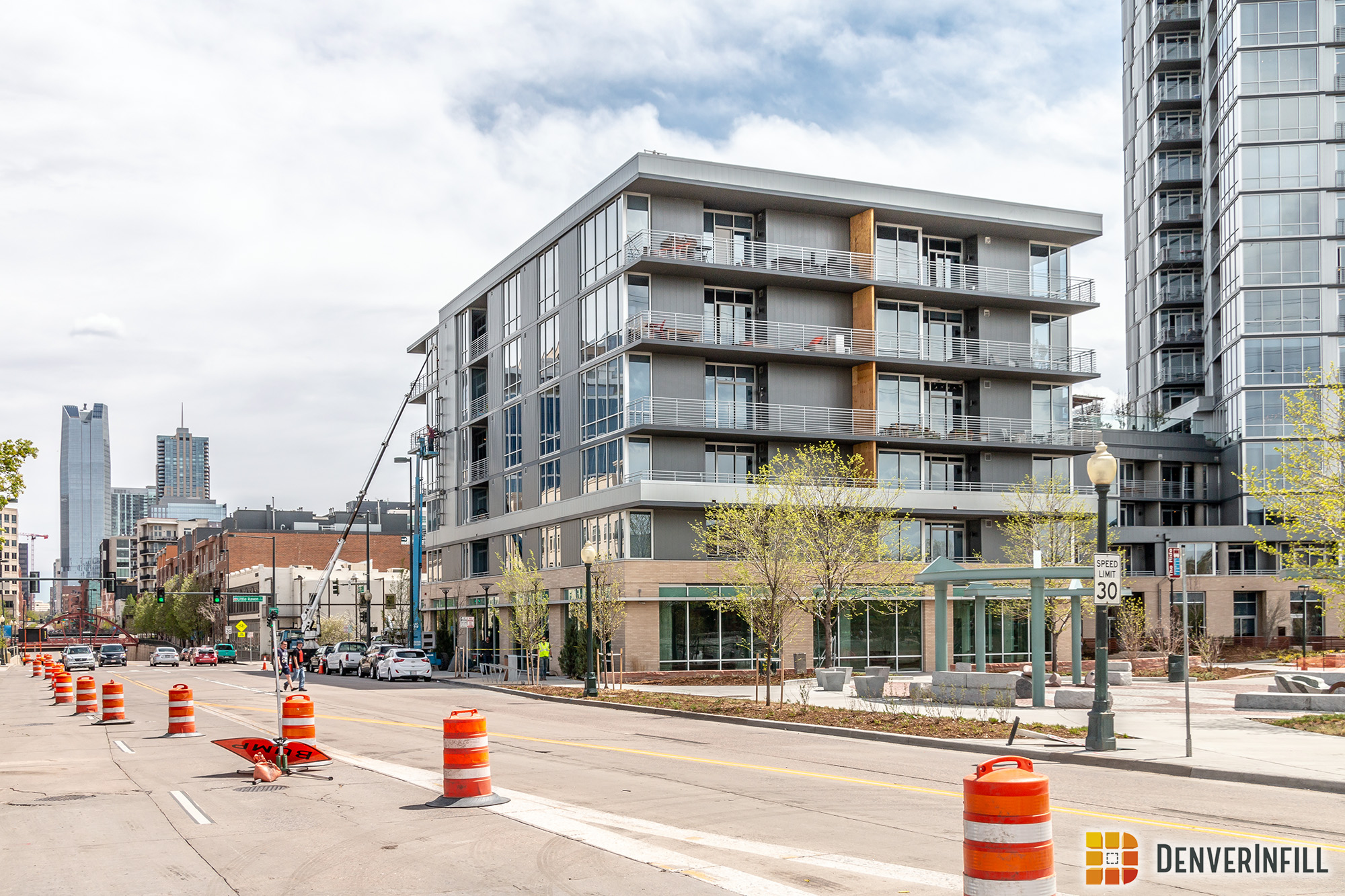 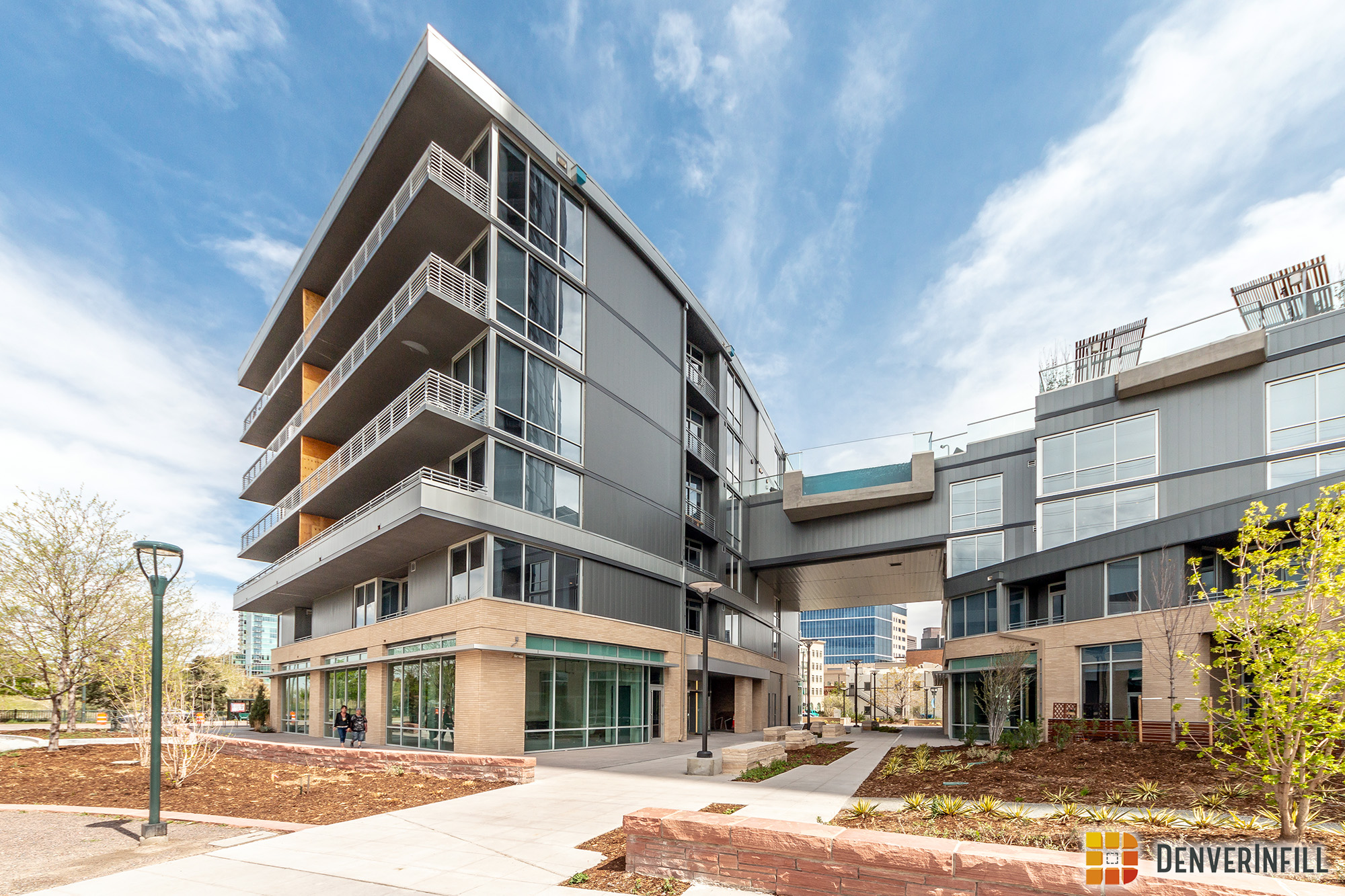 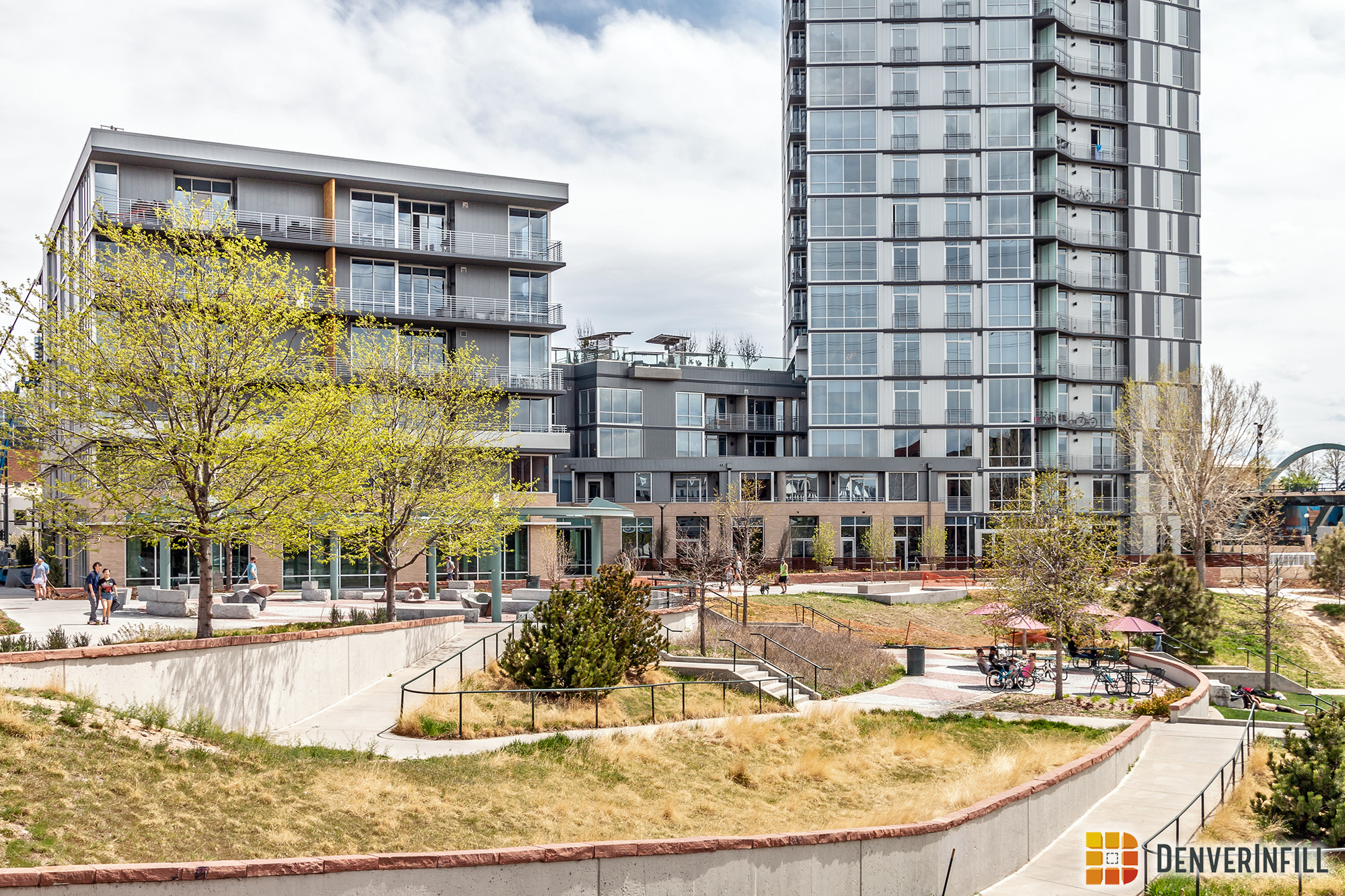 When viewing The Confluence from different angles, the varying shapes of the tower start to show. Here are four different perspectives of the 34-story tower from around the Central Platte Valley, and Union Station. 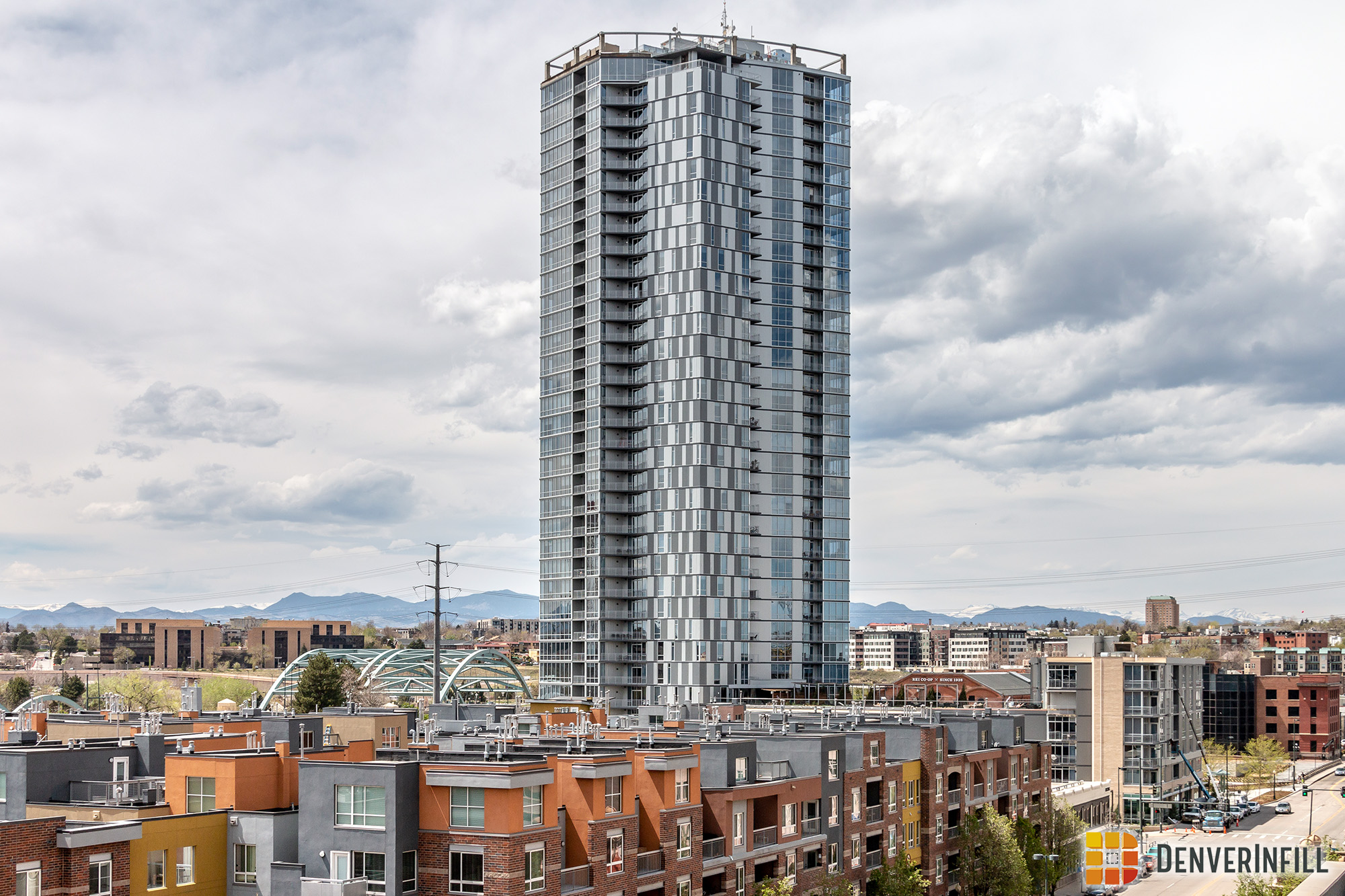 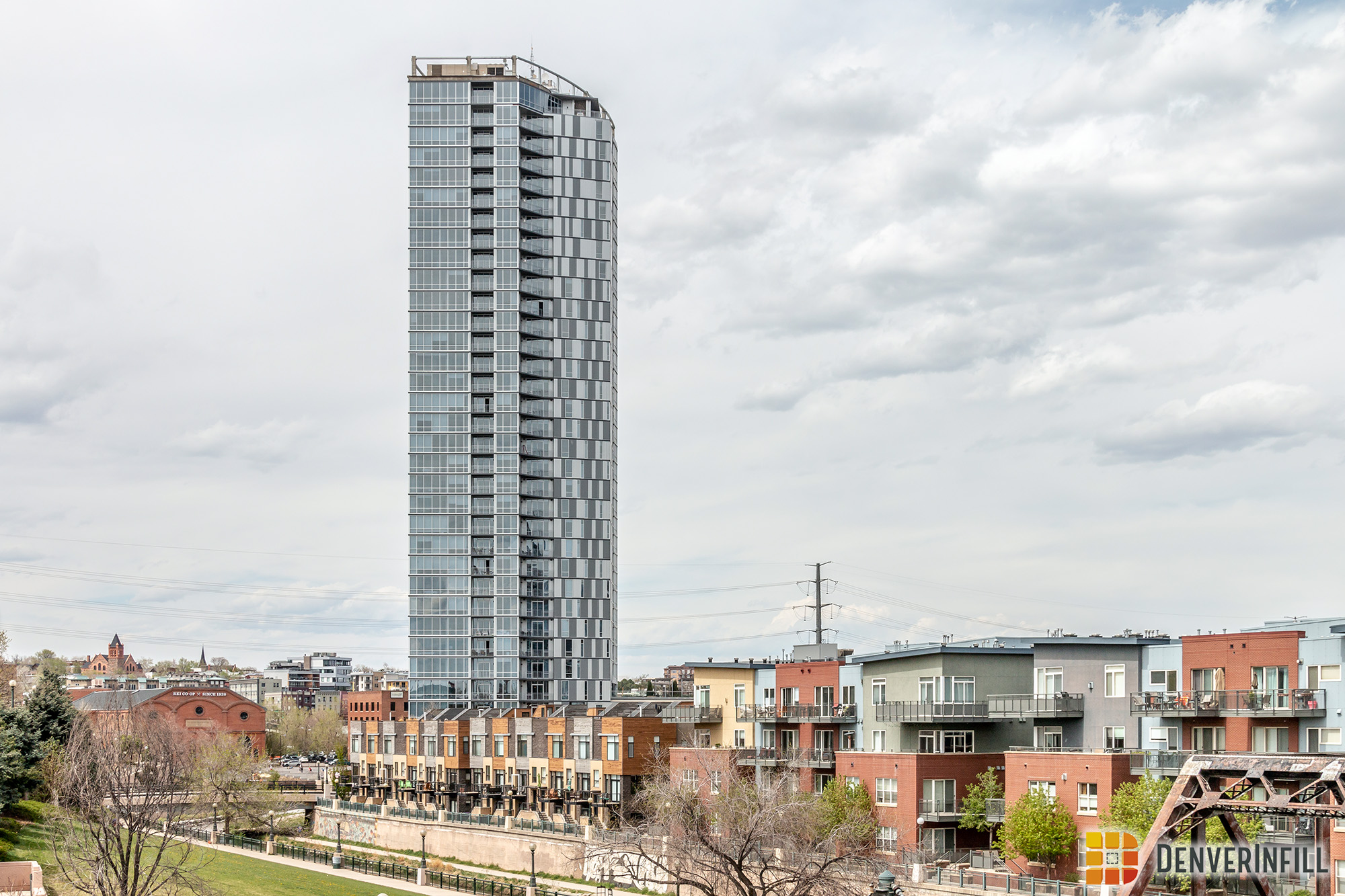 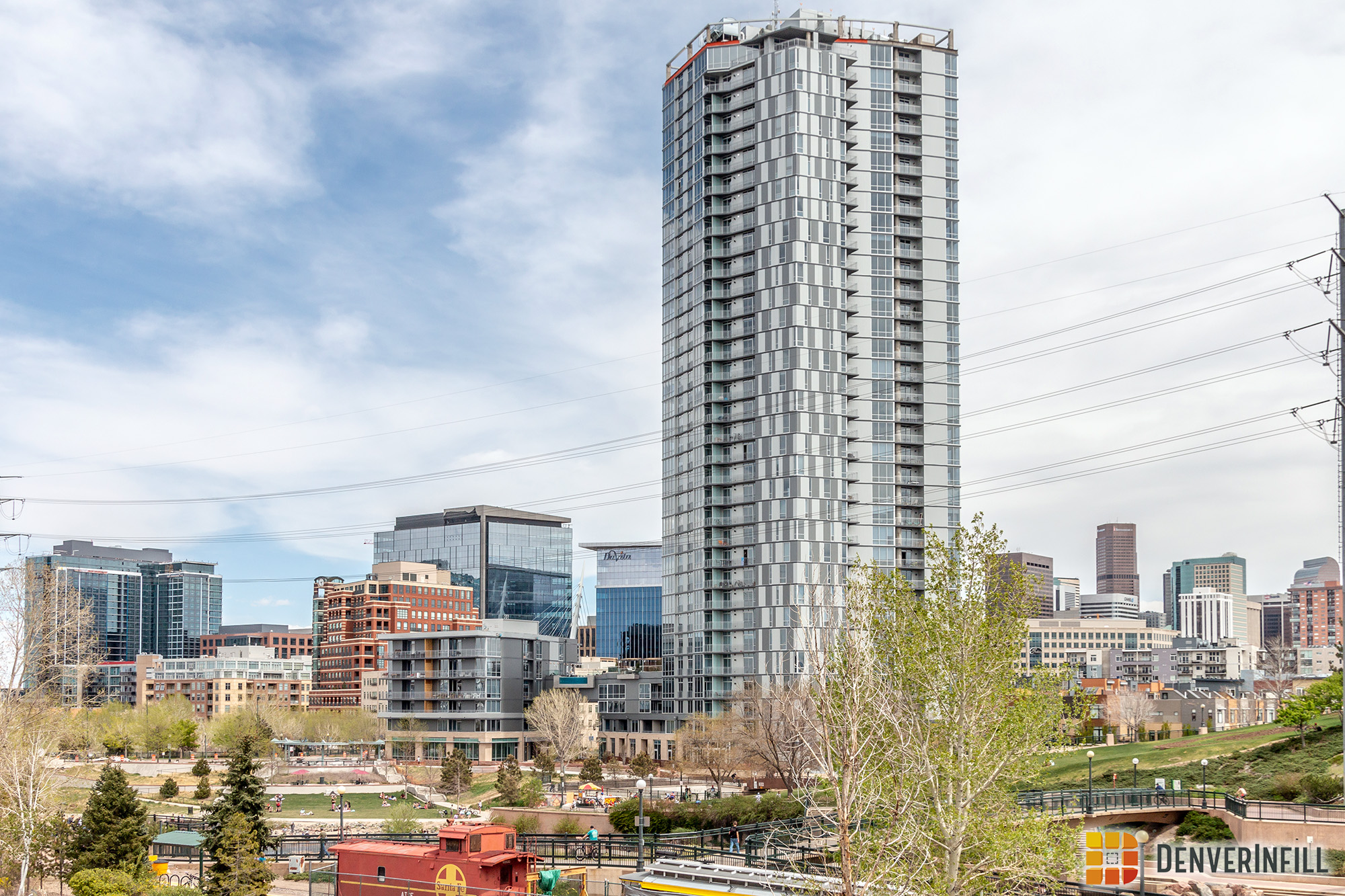 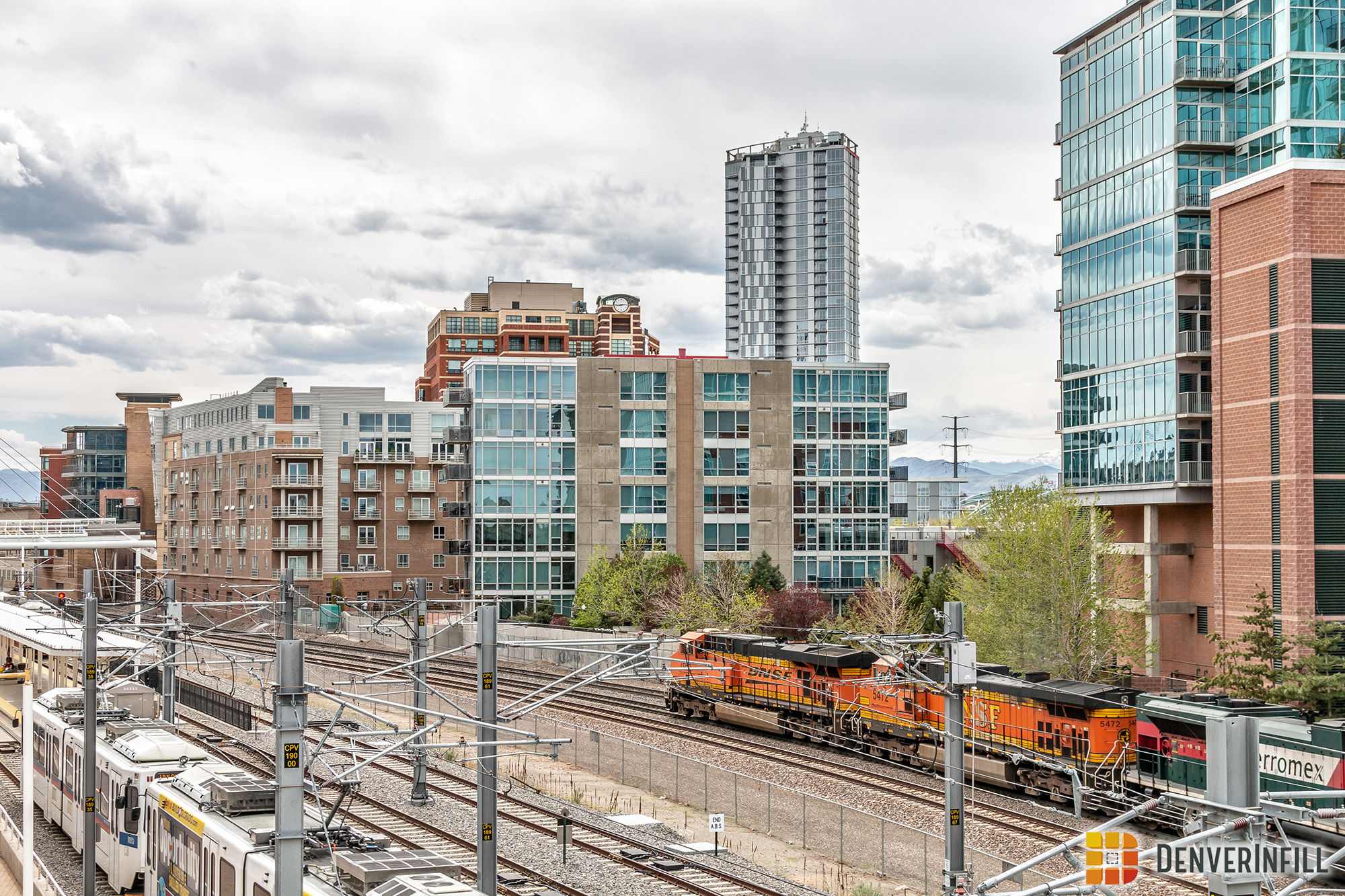 Last but not least, here is one final view of the tower taken from Jefferson Park.

There are two elements of this project that still need to happen however, we are considering this project complete due to the building being completely open and residents already starting to live in it. We will swing back around for an addendum to this final update once the roof is enclosed and the exterior lighting is permanently lit. For now, we would like to welcome The Confluence to Downtown Denver!