Another six months has gone by so let’s take another look to see where we stand with Denver’s 3D Future Skyline! Since our last update, Google updated their several-year-old 3D imagery to May of 2017. This allows us to view many projects in their completed or under-construction states as opposed to our general massing representations.

As a reminder, the buildings have been color-coded to match our DenverInfill Project Map, where yellow is residential, orange is office, red is hotel, and blue is civic/other. Mixed-use is indicated by combinations of these colors. Completed buildings for which Google has not yet added their own models are colored gray.

Let’s start off with a look at downtown. In these images you can see several completed projects, including the Quincy Apartments, 1144 Fifteenth Street, The Dairy Block, Le Meriden/AC Hotel, and some multifamily projects on the Welton Corridor. In the newly proposed category, Two Tabor and Kenect towers would be prominent additions to Denver’s skyline. Kenect in particular would add substantial height to Arapahoe Square and extend the downtown skyline to the northeast. Also you can see in the first image, Elitch Gardens, the Pepsi Center, and their associated parking lots. City Council recently approved an amendment to the Downtown Area Plan that will guide the proposed River Mile project as it totally transforms this parking wasteland into a high-density extension of downtown. We look forward to covering the projects to be built here as they are announced: 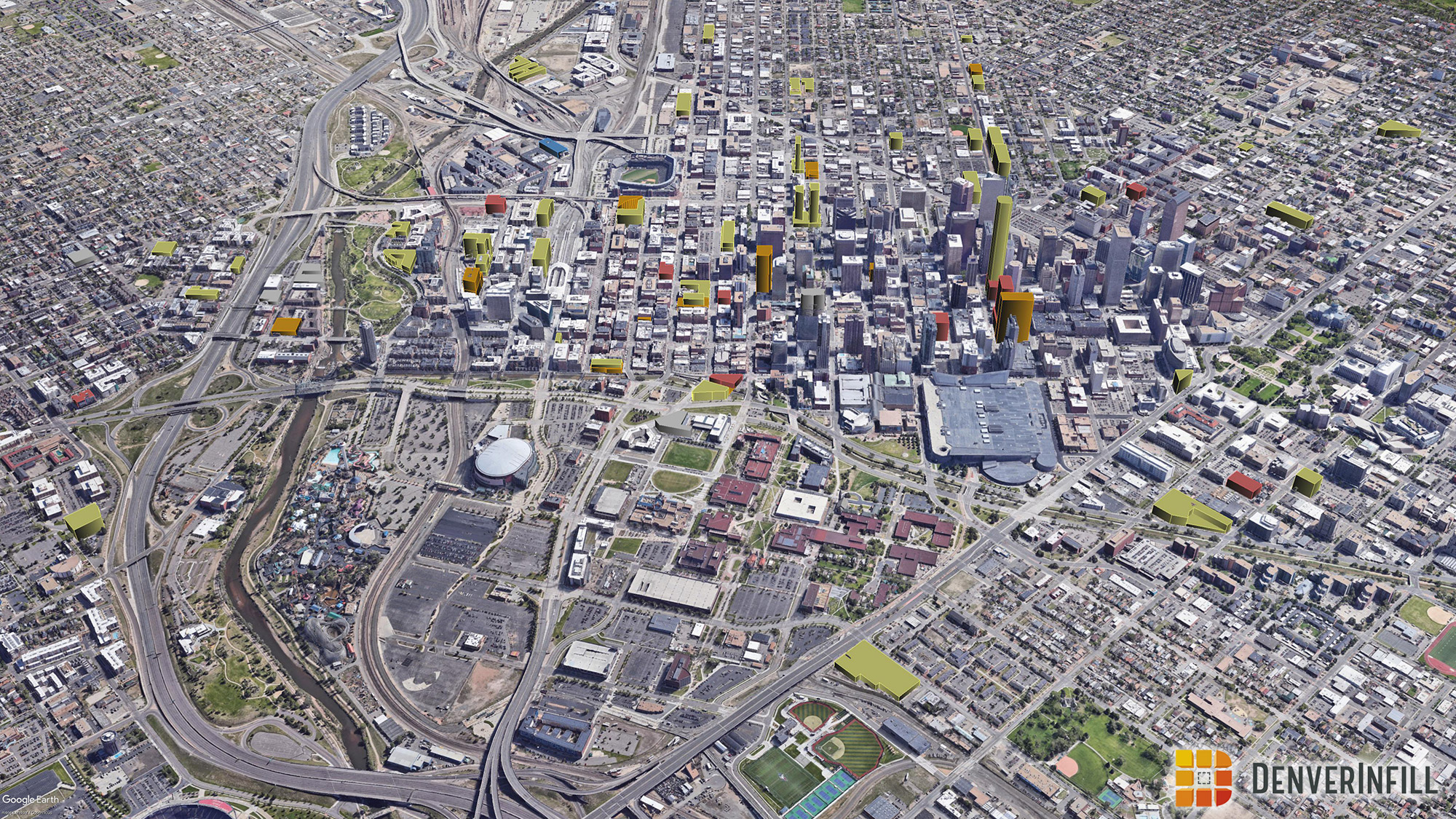 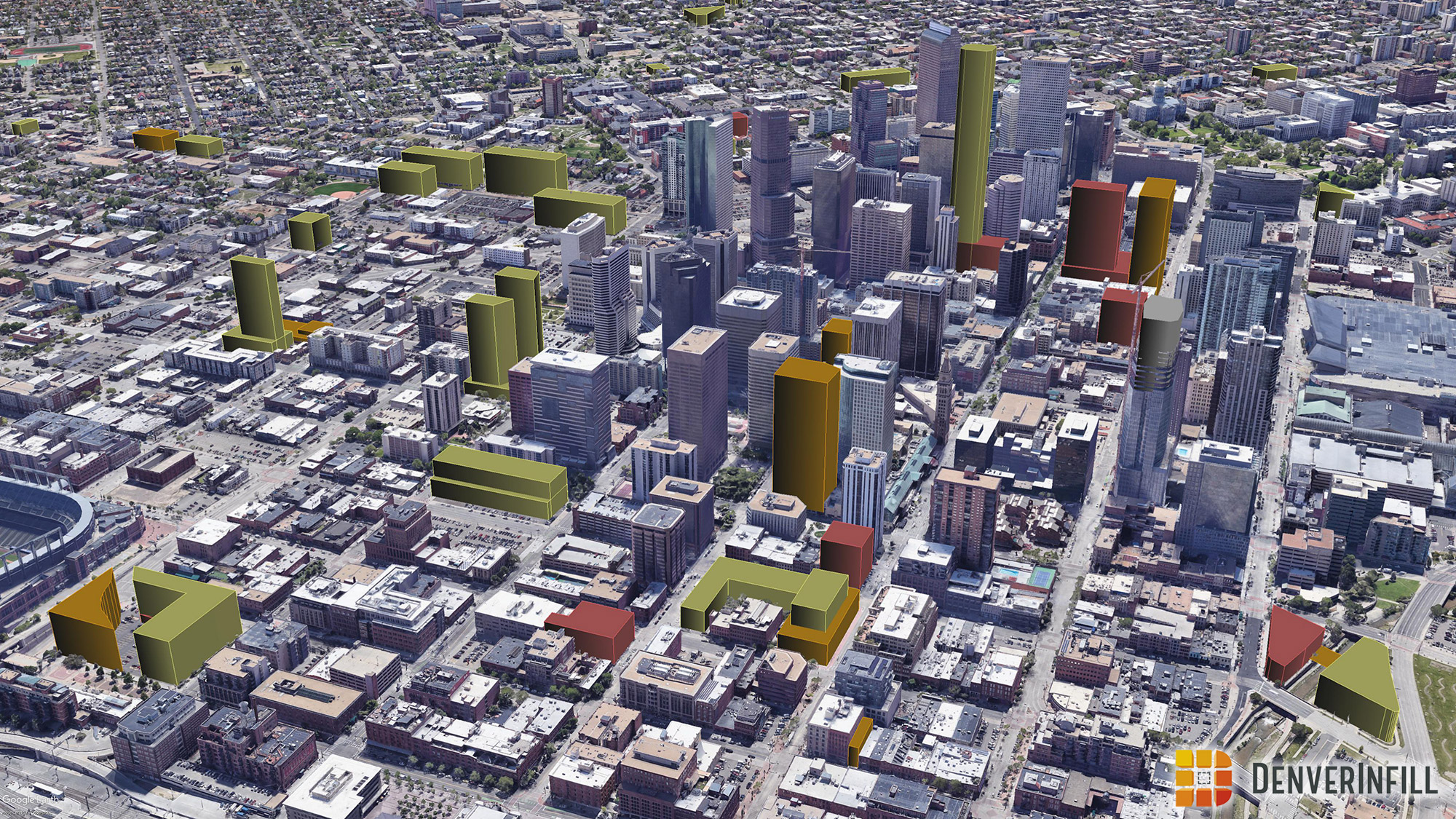 Next up is the Union Station neighborhood and LoHi. As you can see, Google has rendered nearly all of the completed projects at Union Station and many in LoHi. Due to its height and relative isolation from other tall buildings, the Confluence apartment tower is the most visually prominent: 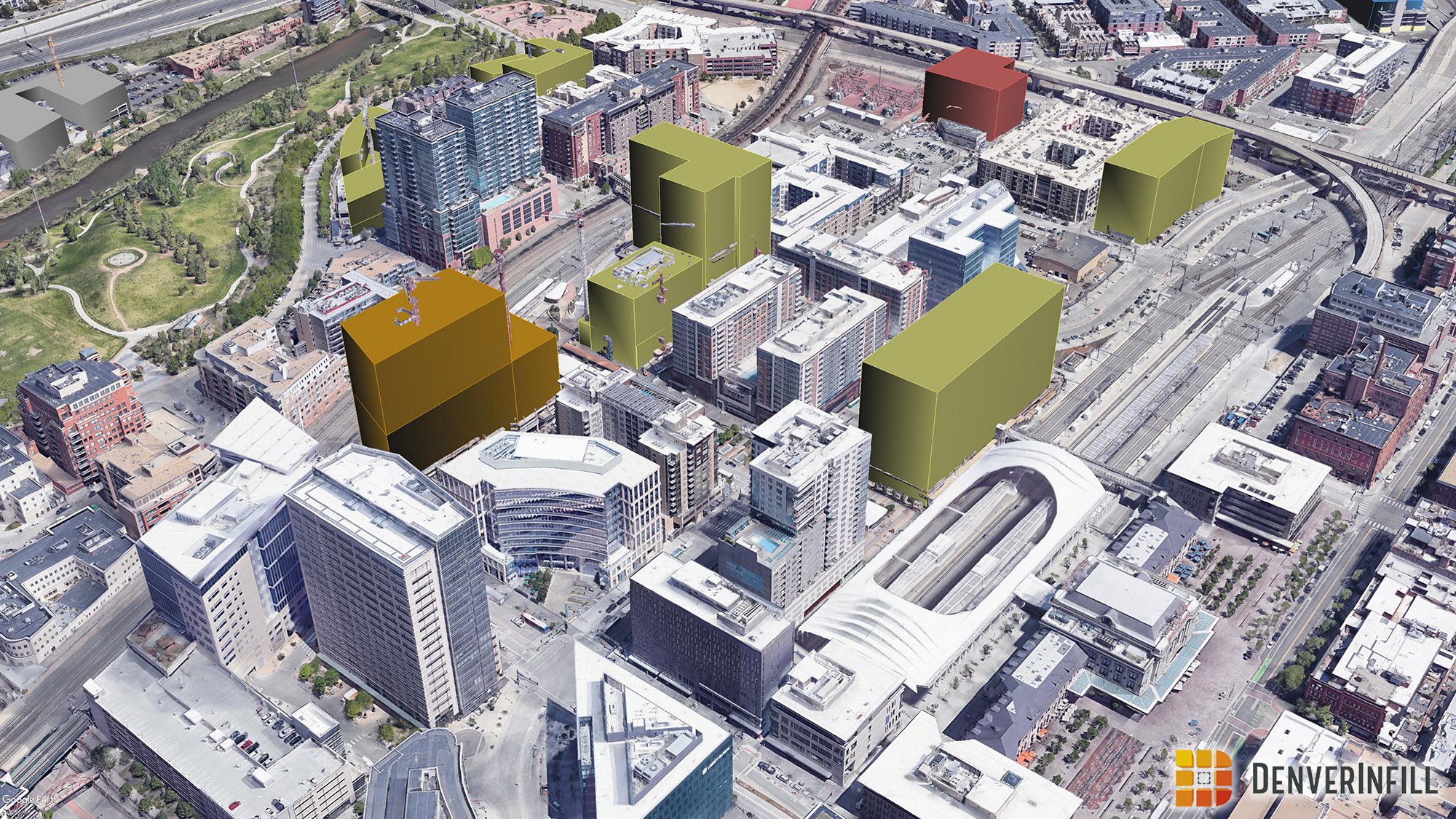 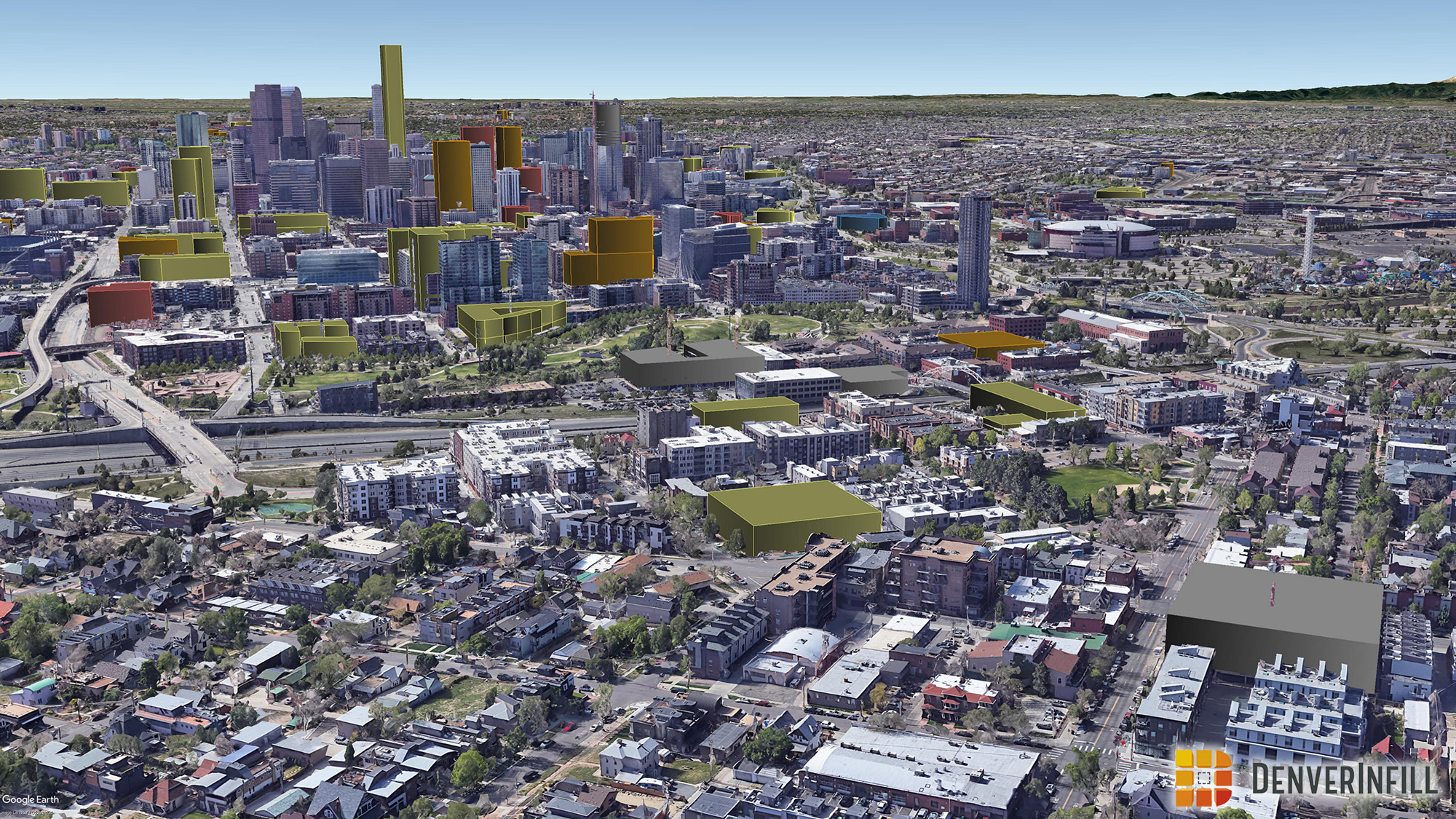 Next let’s have a look at the Golden Triangle and RiNo areas. Not much has changed when it comes to proposed projects in the Golden Triangle and most of our models here are currently under construction.  The completed Eviva Cherokee apartments in the center of the image has made a major impact on this neighborhood. In RiNo, many projects have been completed and the neighborhood is quickly moving from industrial to mixed use: 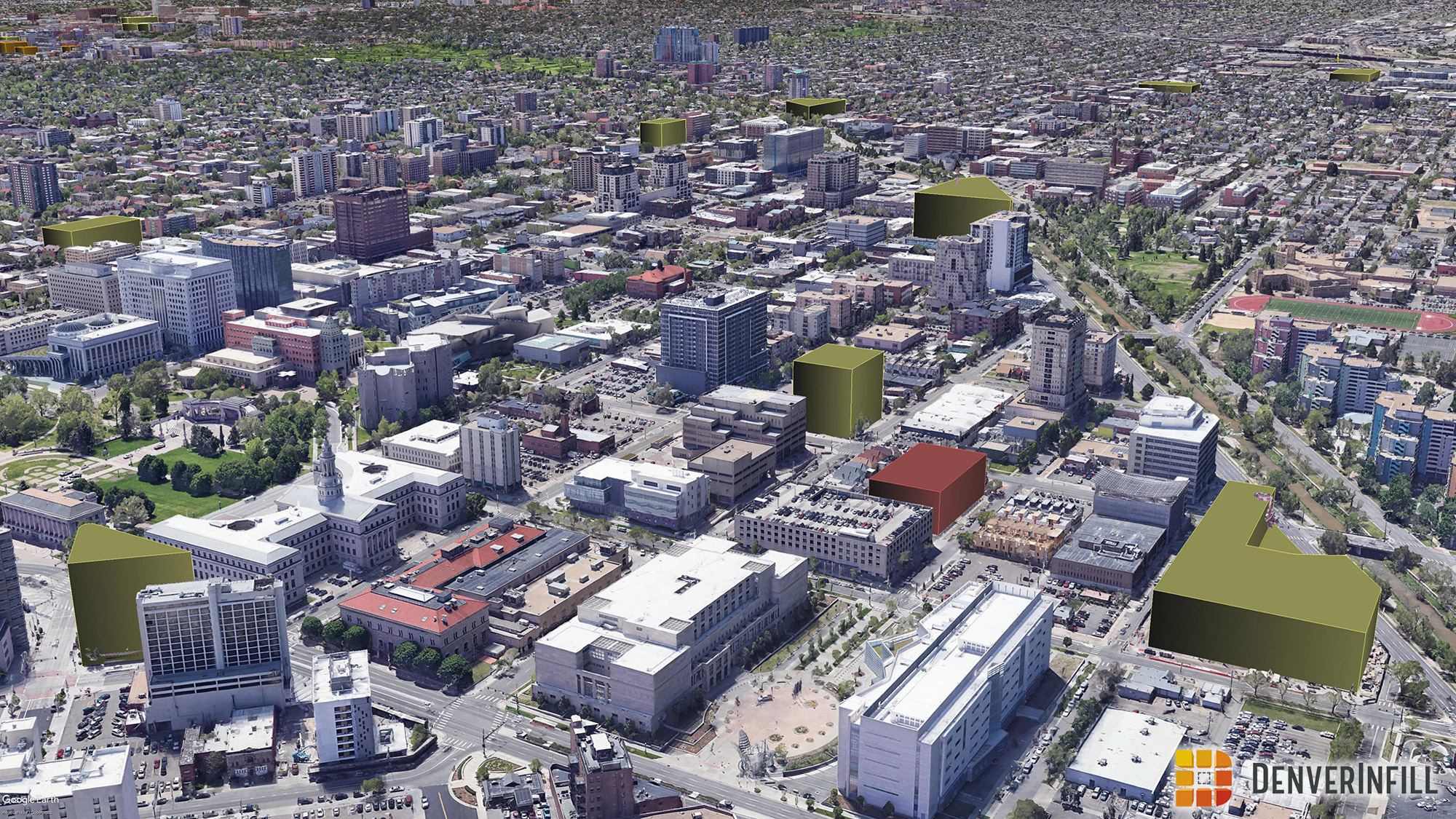 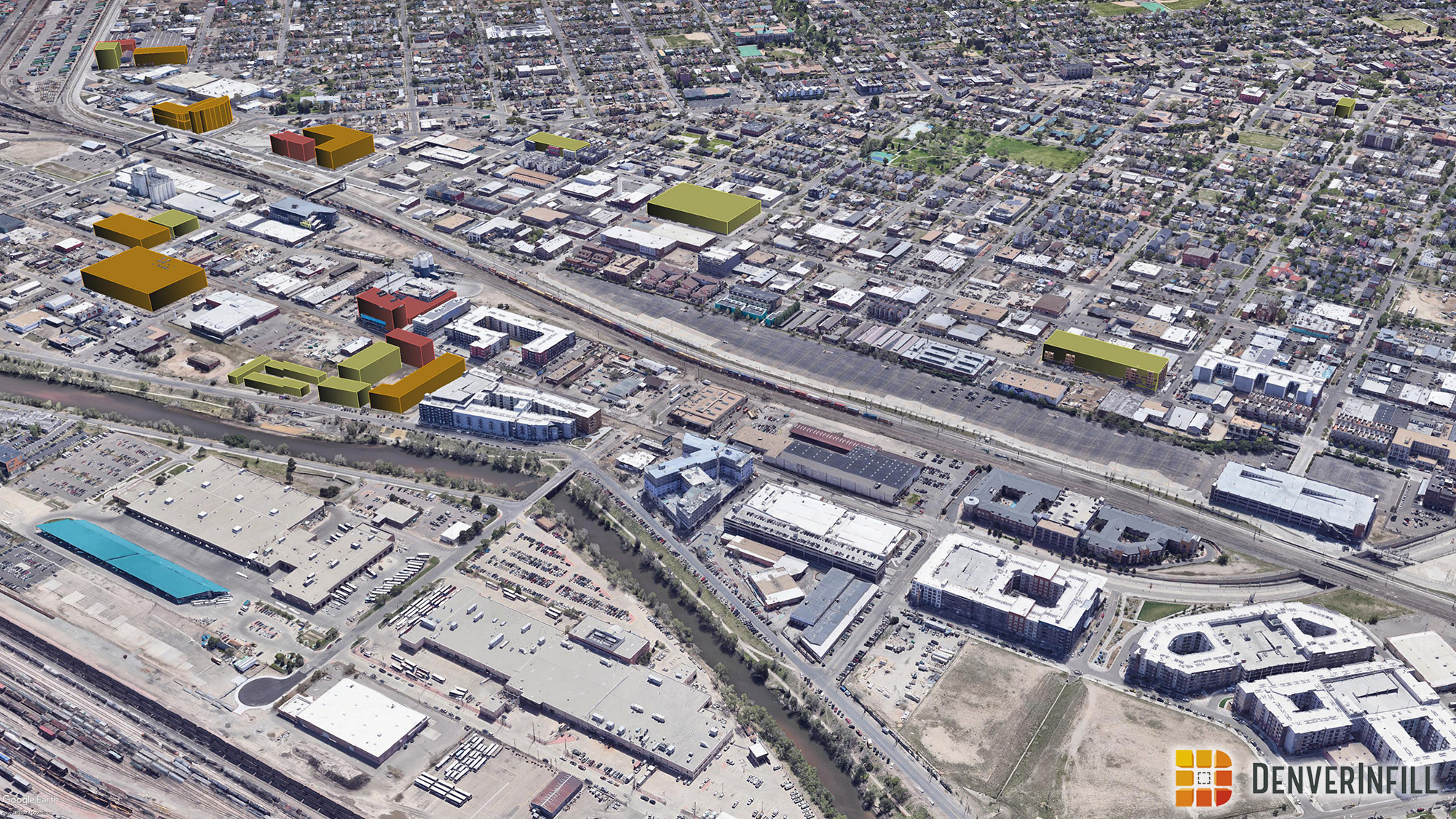 Last up is south of Downtown and Cherry Creek. Google captured the topped out Country Club Towers while they were under construction but now they are complete. As the tallest buildings outside of the central business district, they can be clearly seen from all across the city. To the west, two major apartment buildings have been proposed: one on Broadway and another at the old Kmart near the Alameda light rail station. The latter represents the beginning of a complete transformation of this suburban big box shopping center into a new mixed-use, transit-oriented neighborhood.

The transformation of Cherry Creek into a high-density neighborhood is also clear. A great deal of densification has already occurred and more is on the way: 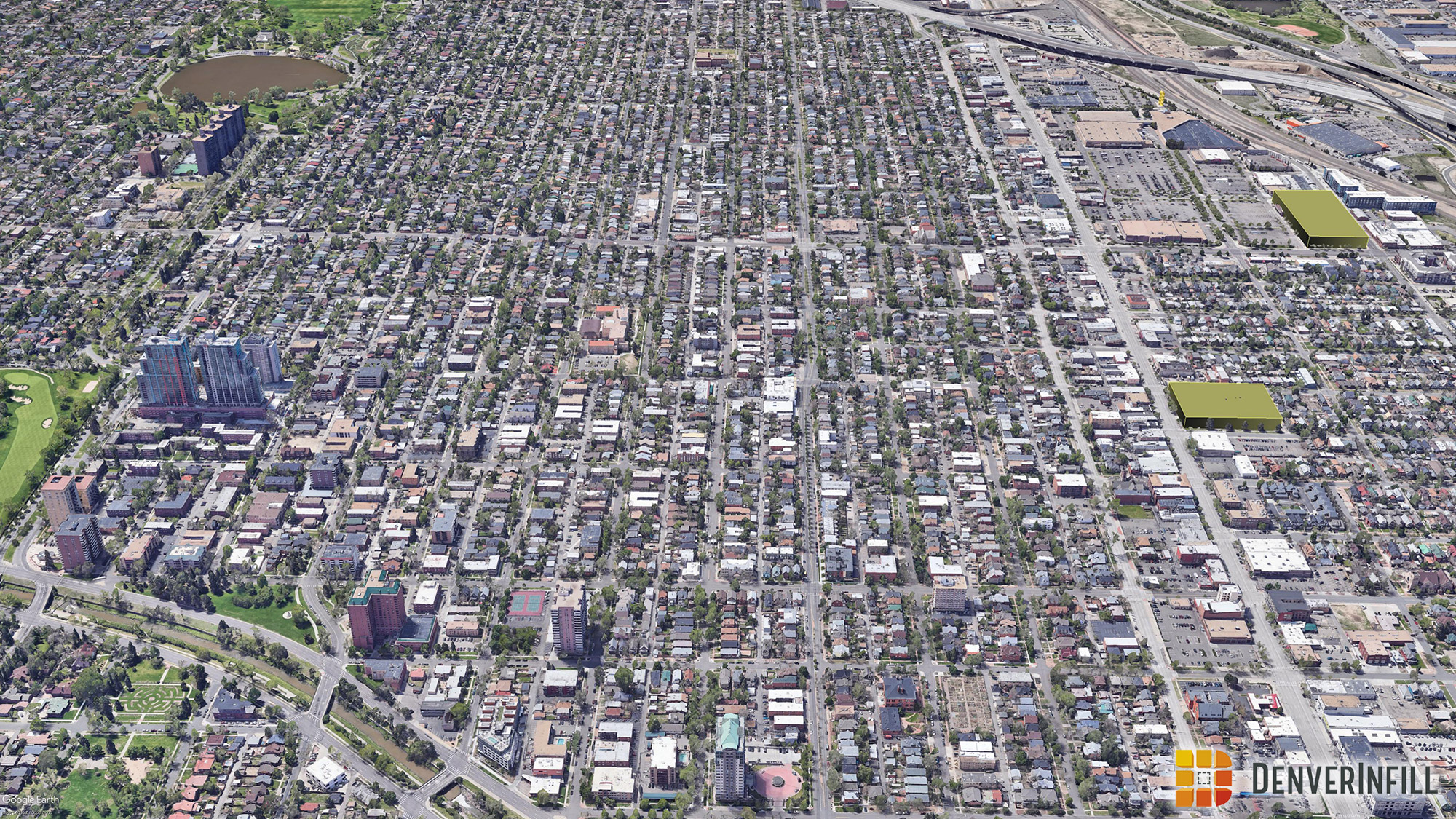 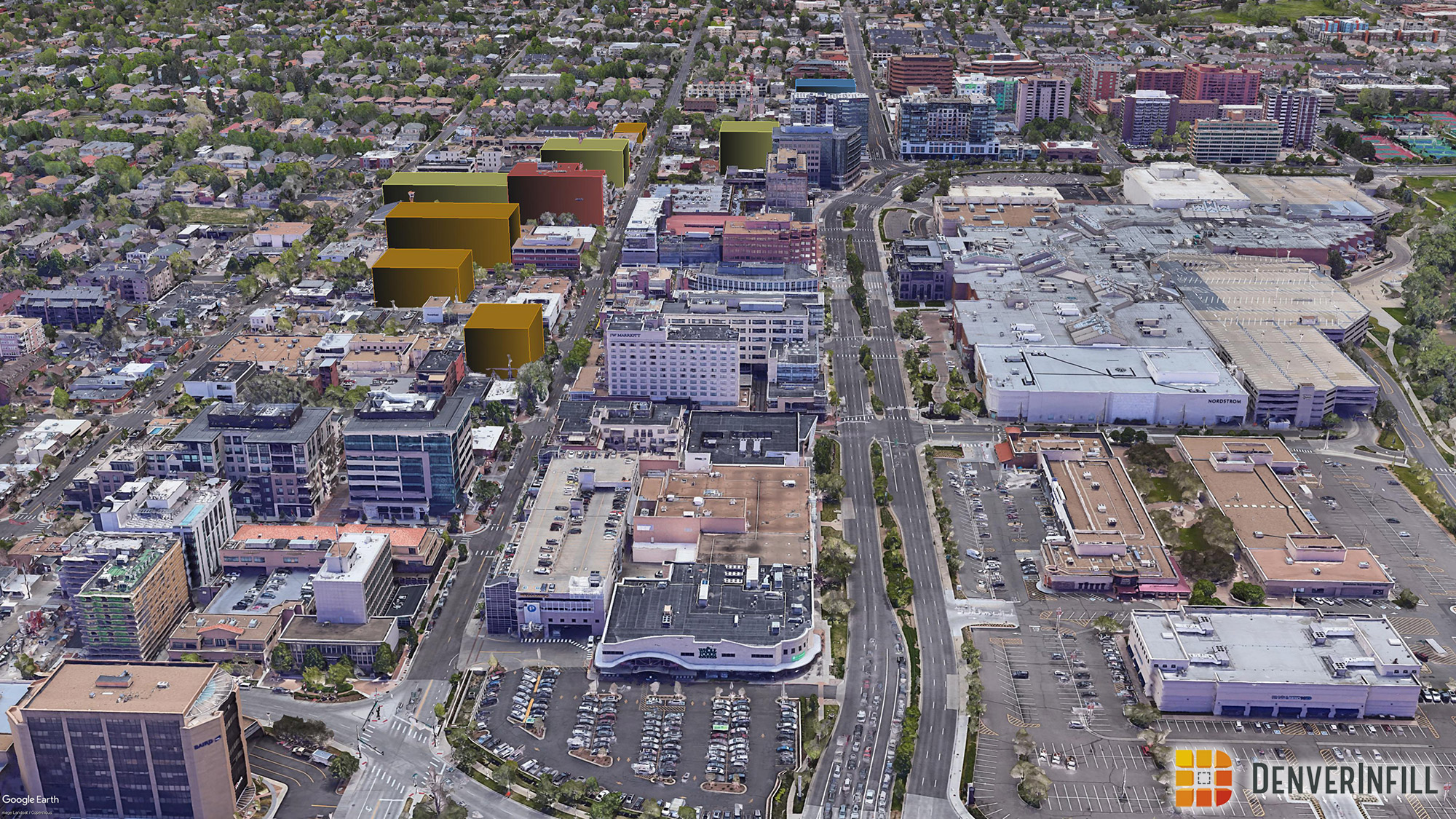 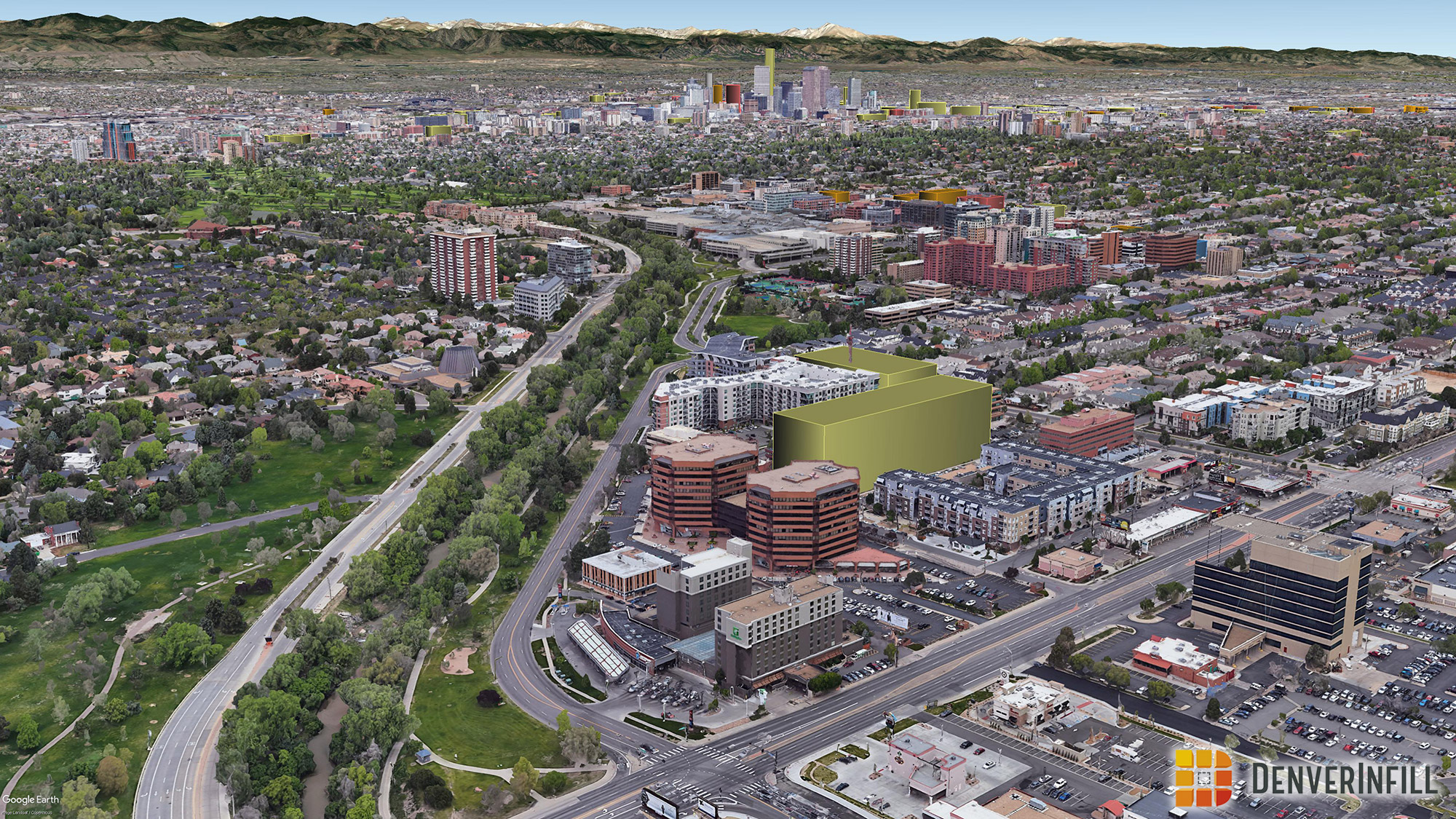 That wraps up this edition of the Denver 3D Future Skyline. Our next update will be coming this Winter!