The finishing touches are taking place over at The Jacquard, formally known as the Rollnick Hotel. The eight-story, 201-room hotel replaced an old 1960s four-story office building that was surrounded by surface parking lots. With over double the height and eliminating a surface parking lot, The Jacquard contributes greatly to the densification of East 2nd Avenue while repairing a hole in Cherry Creek North’s urban fabric.

DenverInfill visited The Jacquard a total of six times. You can view our entire post history by following the link below.

Let’s start the final update with a view of the project from a few stories up. This building has a prominent glass facade to the west and a mix of glass and paneling to the east. Because of the small two-story building that is now surrounded by The Jacquard, blank walls were put in place in case any future, more vertical, development happens on that site. The glass enclosure up top is for a very large rooftop amenity area. 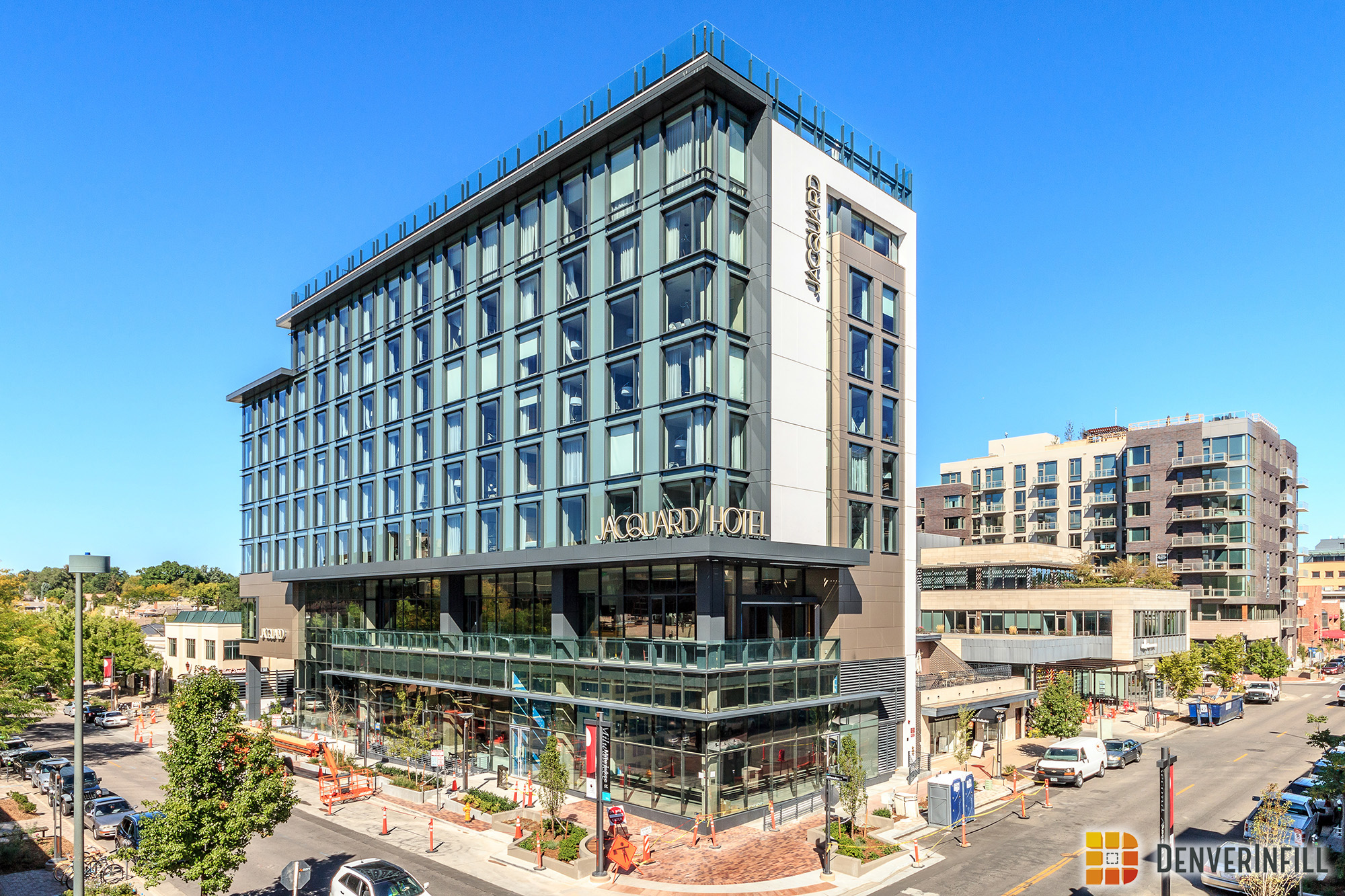 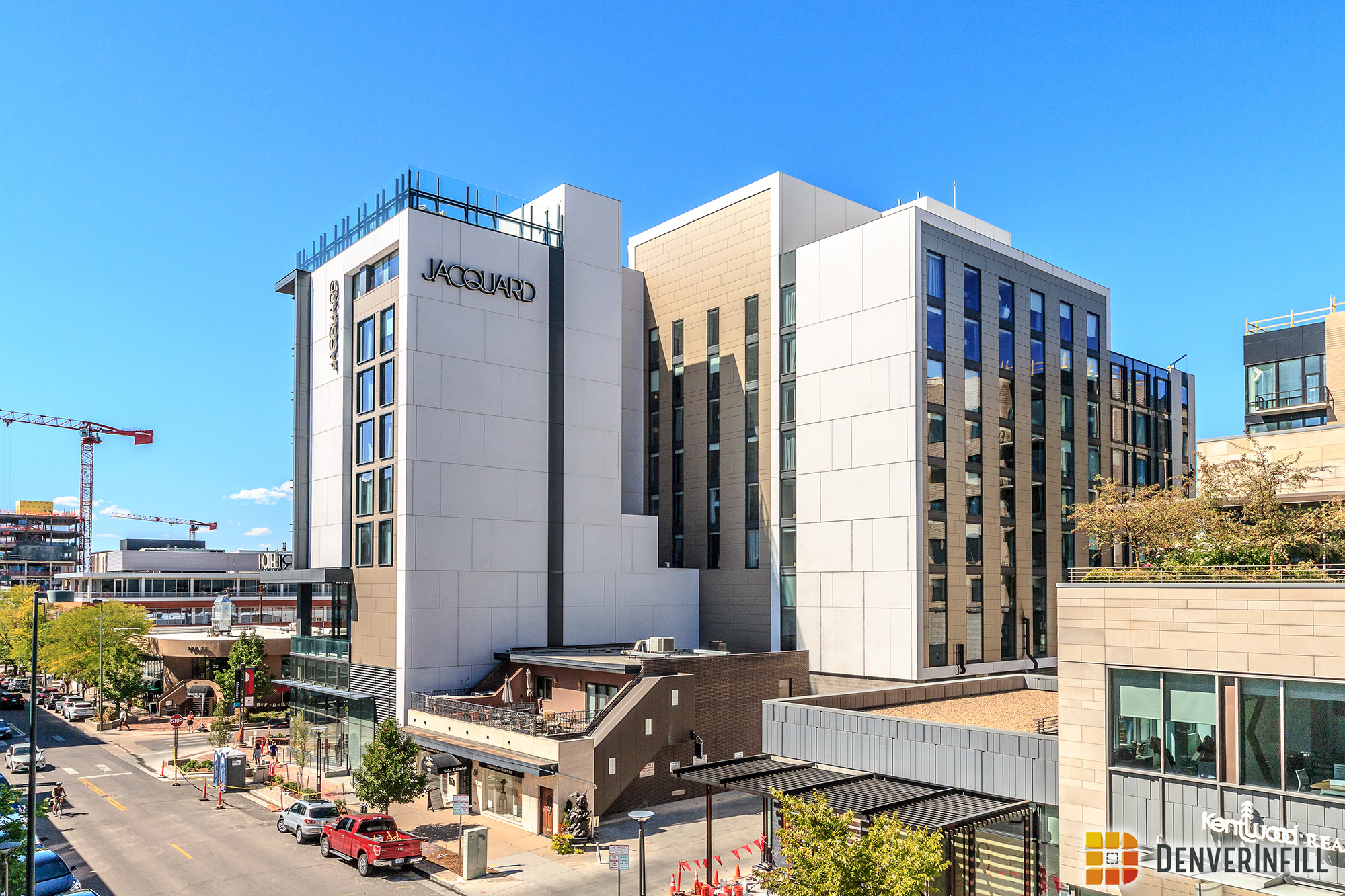 Here are the same two views as above but from the street level. Ground-floor retail will occupy the corner of East 2nd Avenue and Milwaukee Street, with the hotel entrance down the block towards East 3rd Avenue. Landscaping along Milwaukee Street is wrapping up and should be complete in the next week or so. 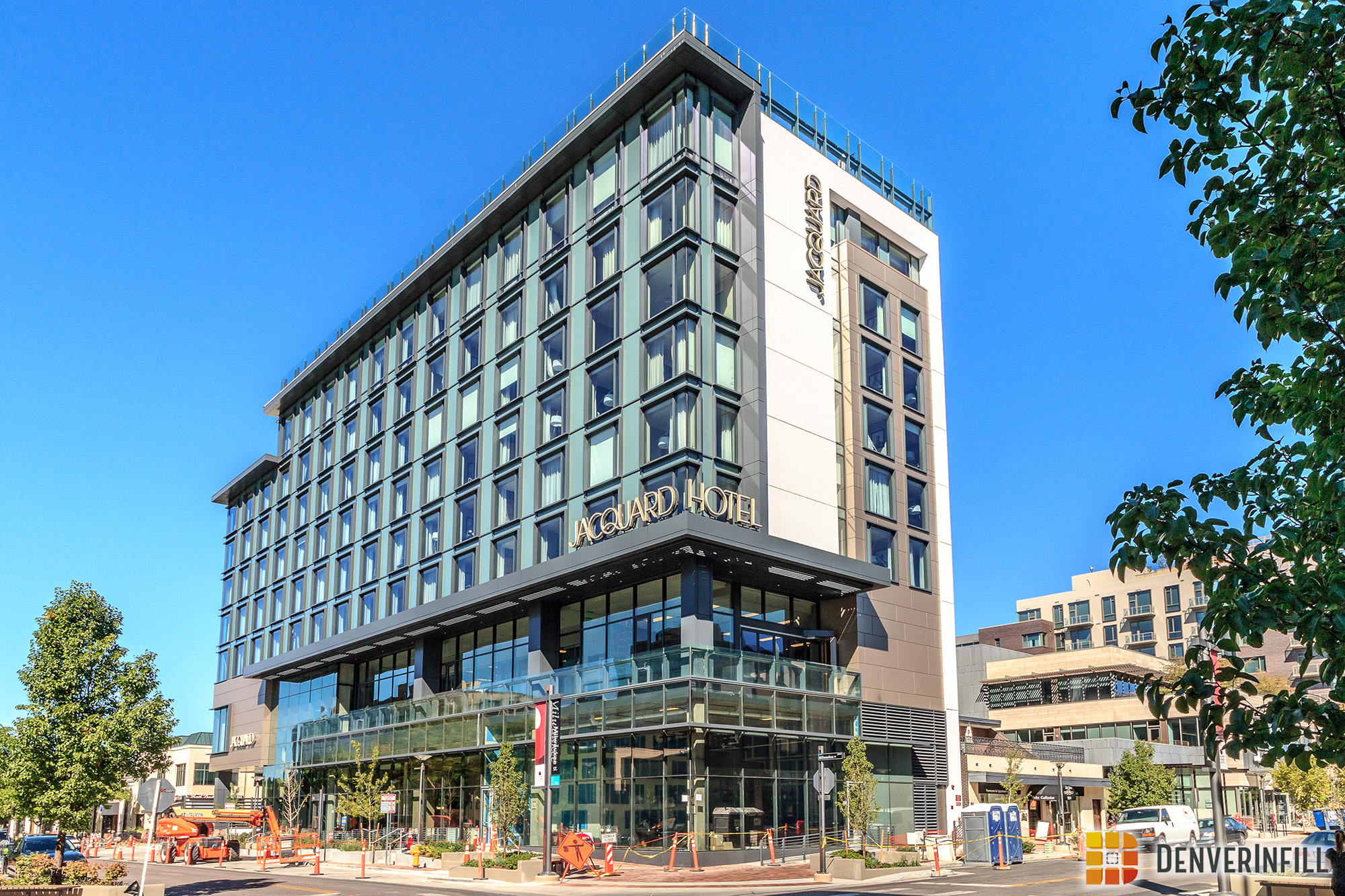 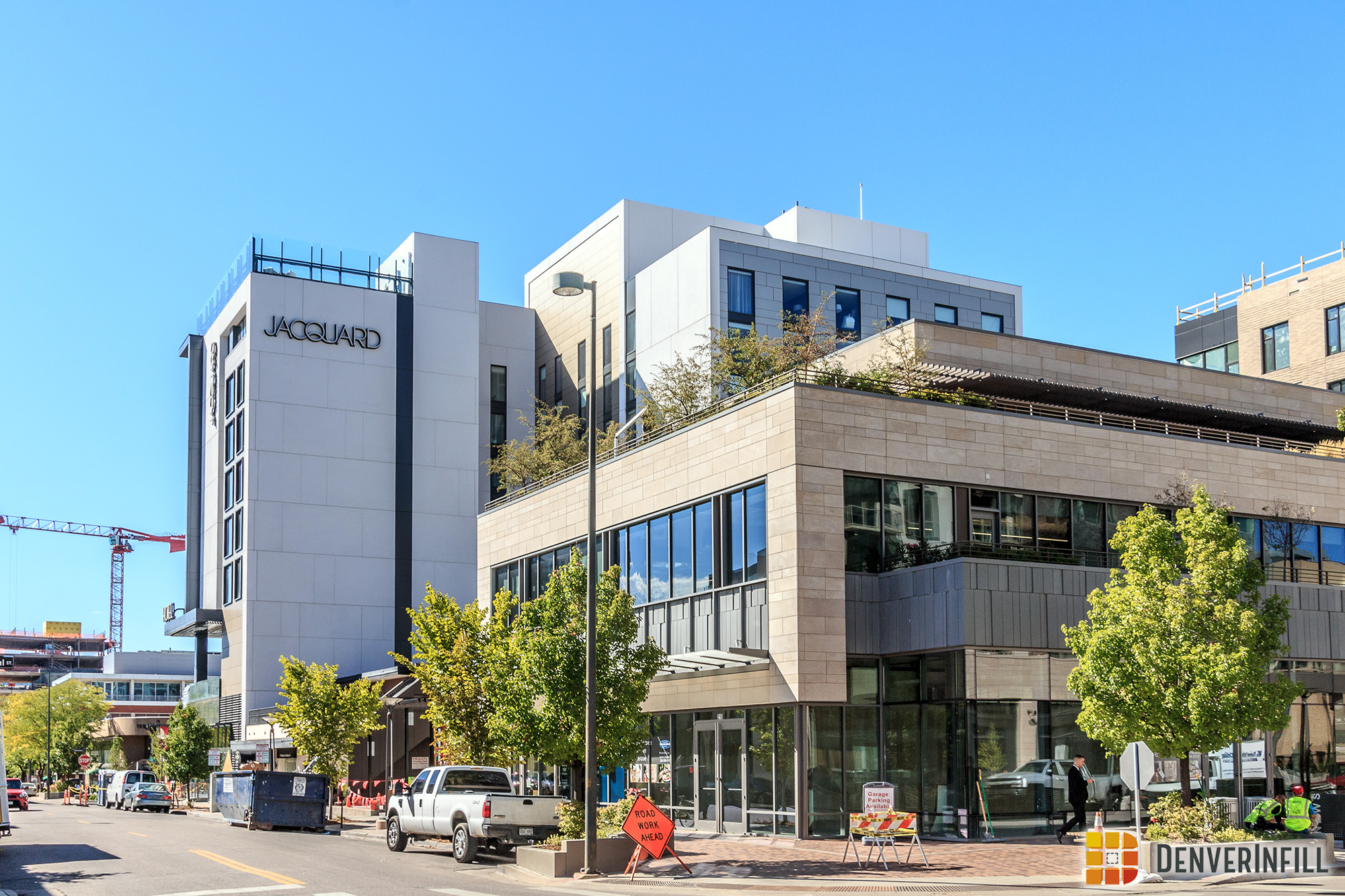 Let’s wrap up with three additional views of the project. 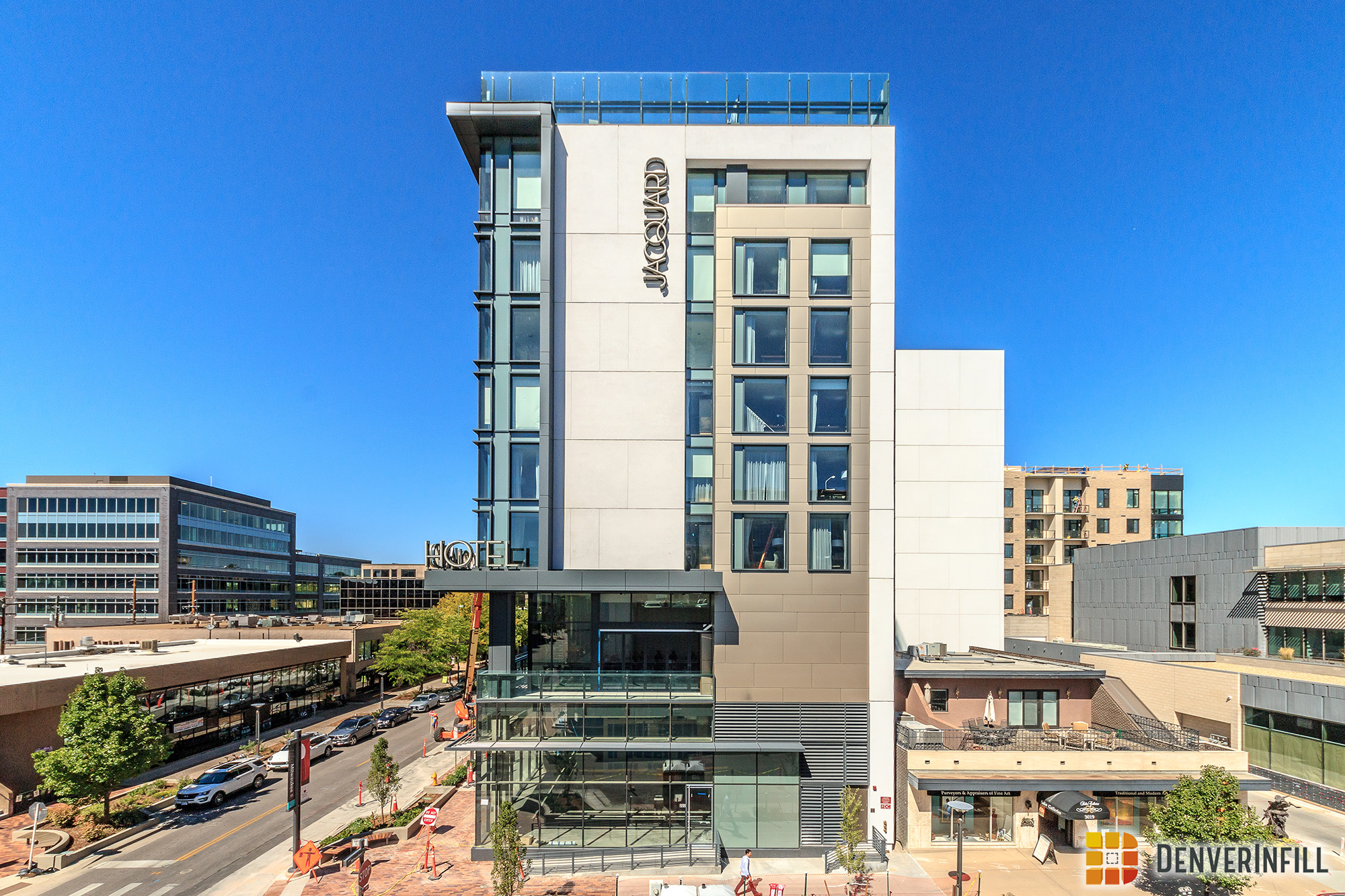 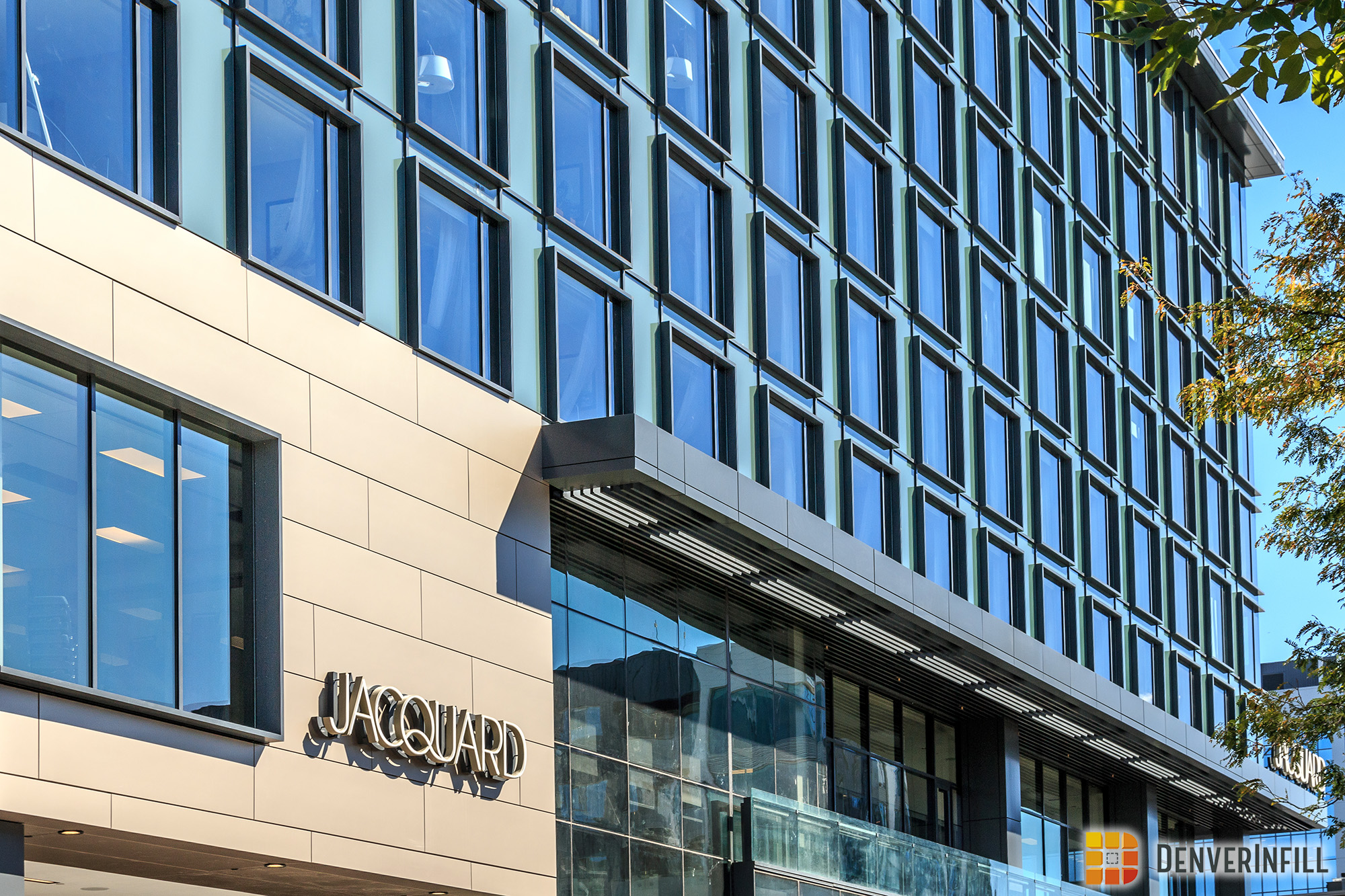 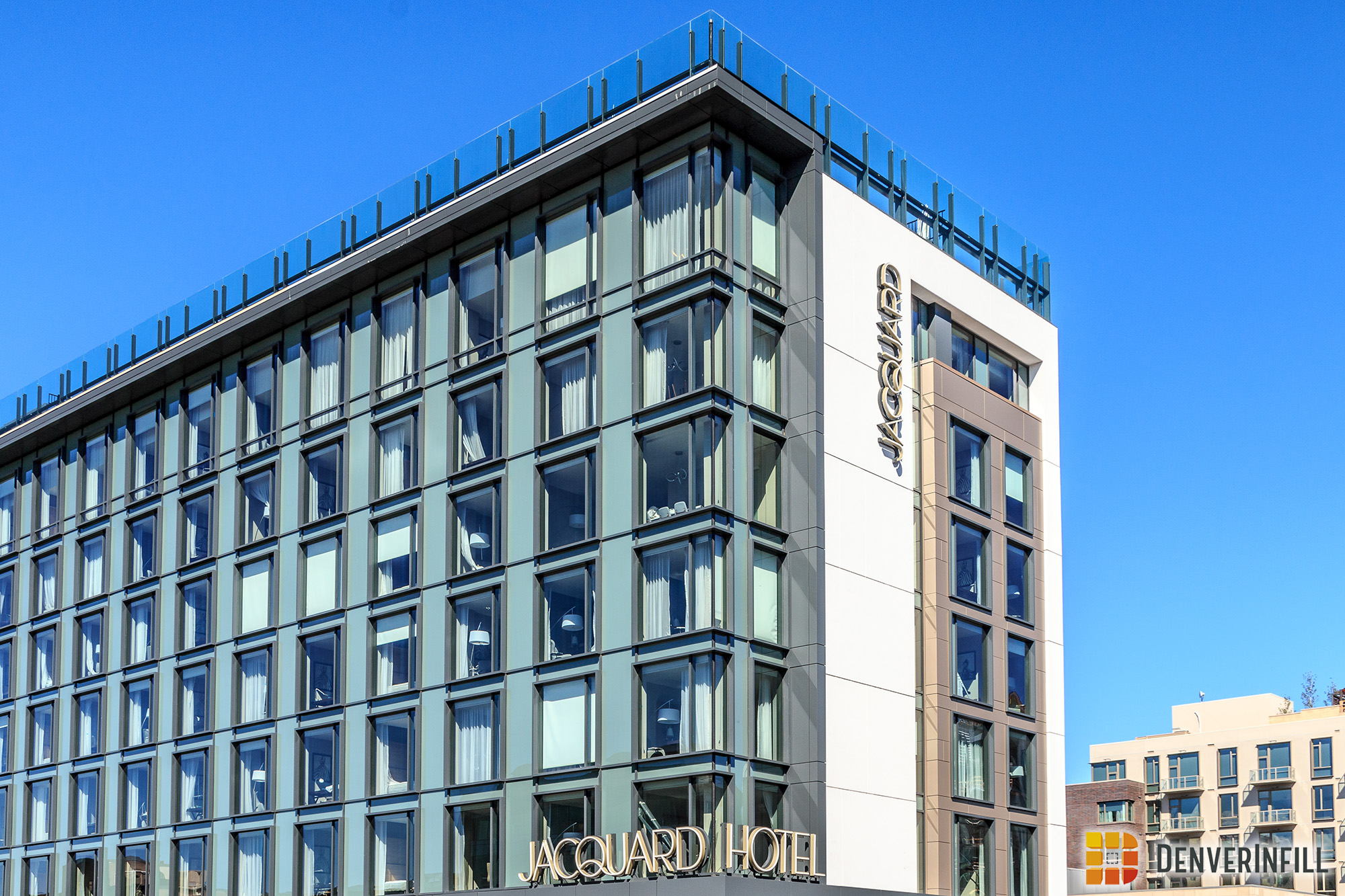 Welcome to Cherry Creek, The Jacquard! The hotel is expected to open at the beginning of October.