Previously known as Ascent Union Station, The Pullman has been making significant progress. As a refresher, this is a 14-story, 142-unit apartment project that occupies one of the last developable parcels in the Union Station neighborhood.

The Pullman adds a significant amount of density to the north end of Union Station as it is surrounded by the commuter rail tracks, and low-rise residential buildings. Here are three pictures of the project from along Wewatta. The blonde brick and paneling facade is starting to go up; however, the majority of the facade will be glass which hasn’t started to go up just yet. 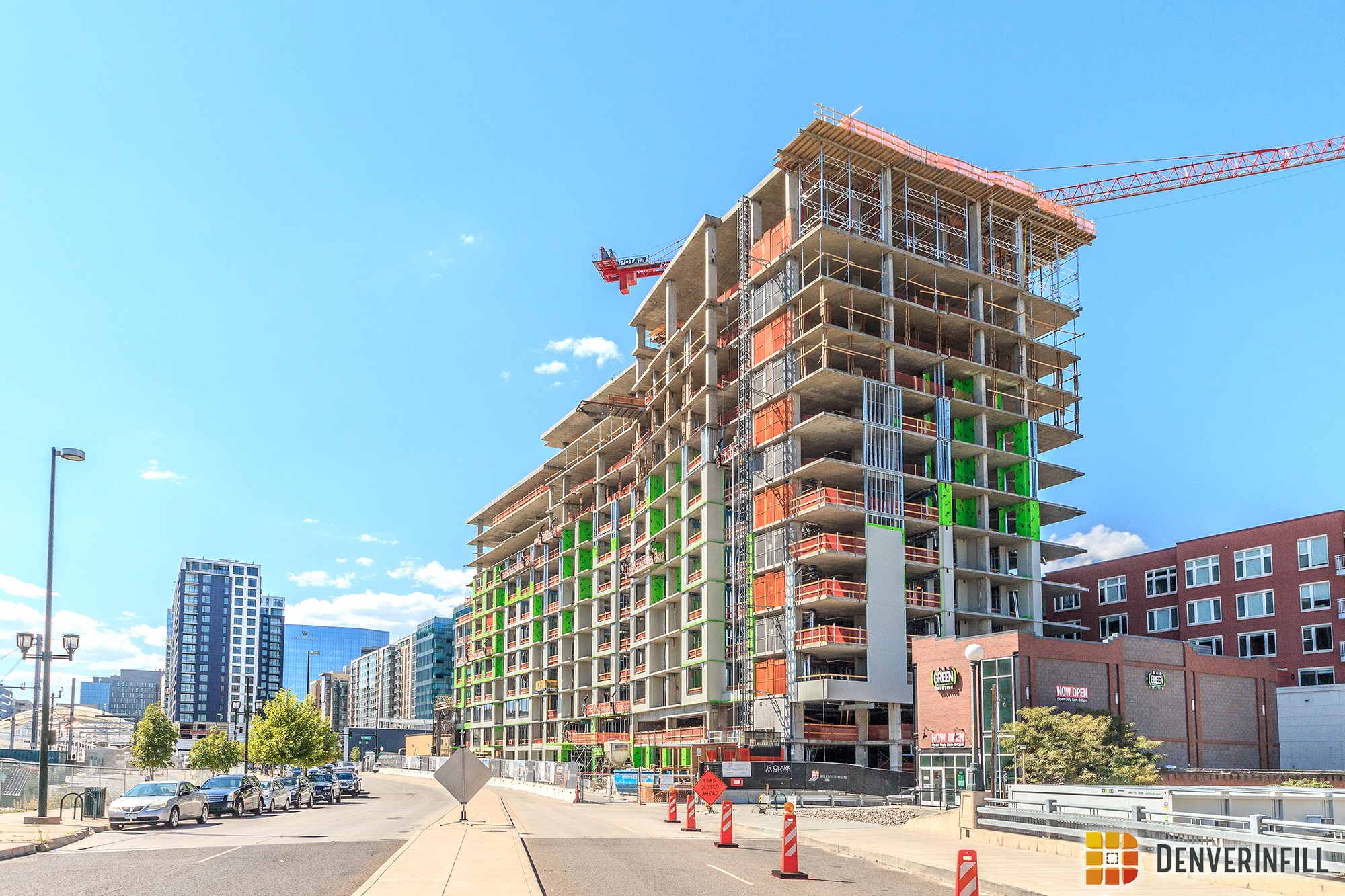 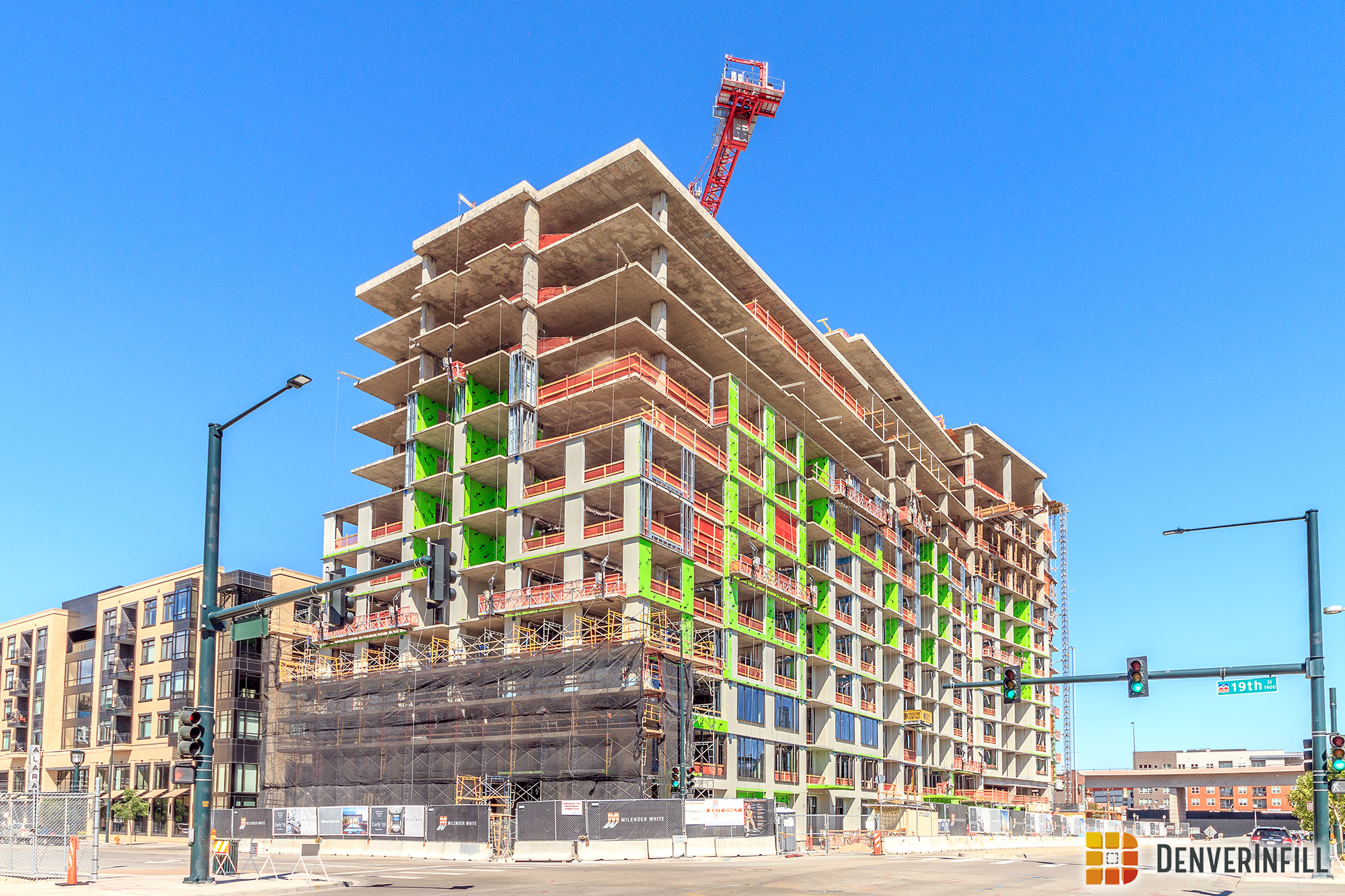 As we mentioned above, this project adds a good amount of height to this area, and gives us a neat view down the (very new) Wewatta Street canyon. 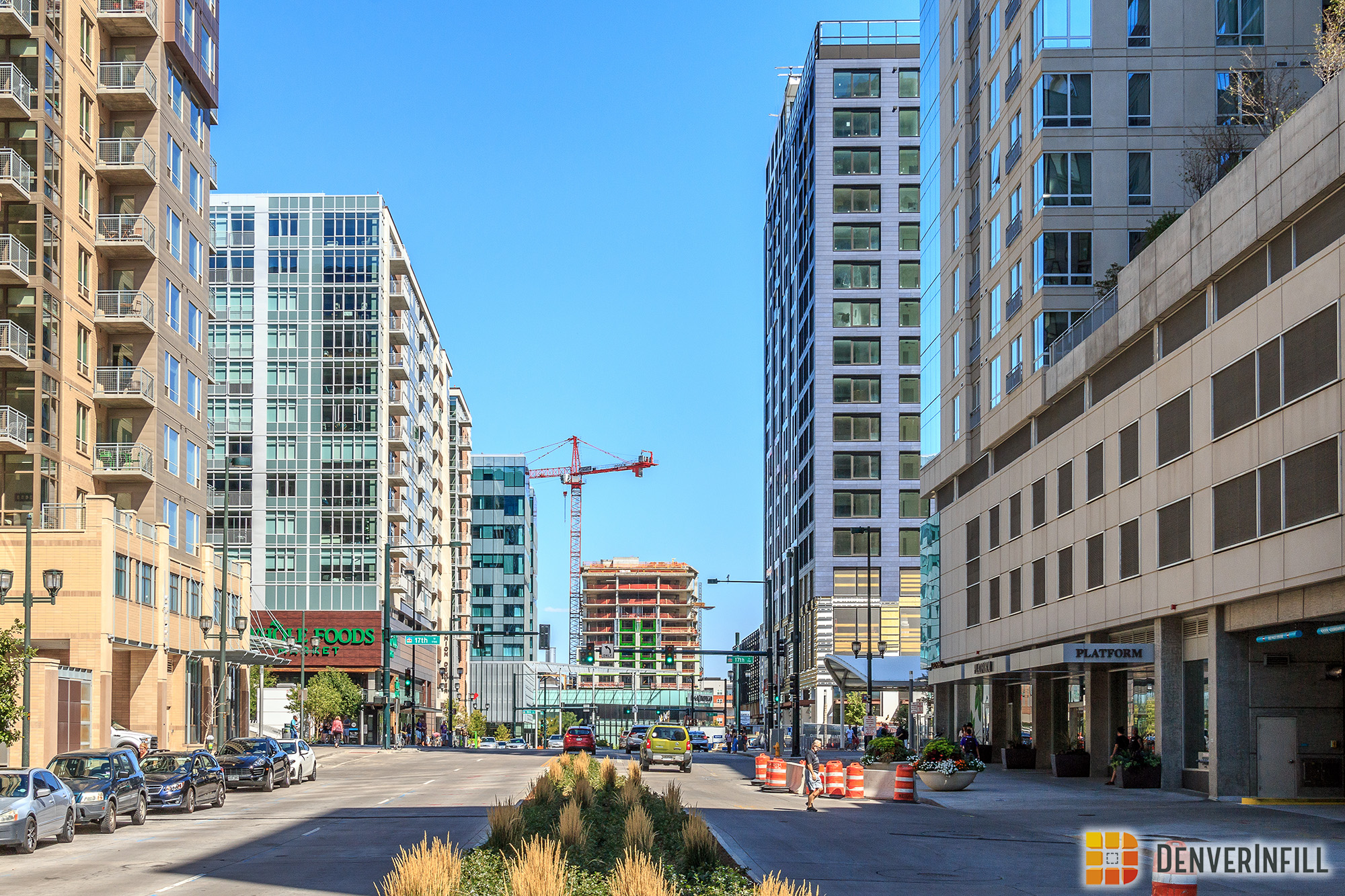 The Pullman still has a ways to go with completion expected around mid next year. We will stop by again when the glass starts to make its way up the building.