Almost exactly one year ago, McGregor Square was just a hole in the ground as the project was just getting underway. Present day, a good portion of the project has topped out with some facade elements beginning to show. With three tower cranes and nice weather to capitalize on, McGregor Square is getting built at a very rapid pace. Buckle in as a large photo tour is ahead!

Both the hotel tower, along 20th Street, and the condo tower, along Wazee Street, have topped out. Below are a few photos from the plaza in front of Coors Field. The pointed edge of the condo building is a nice touch. 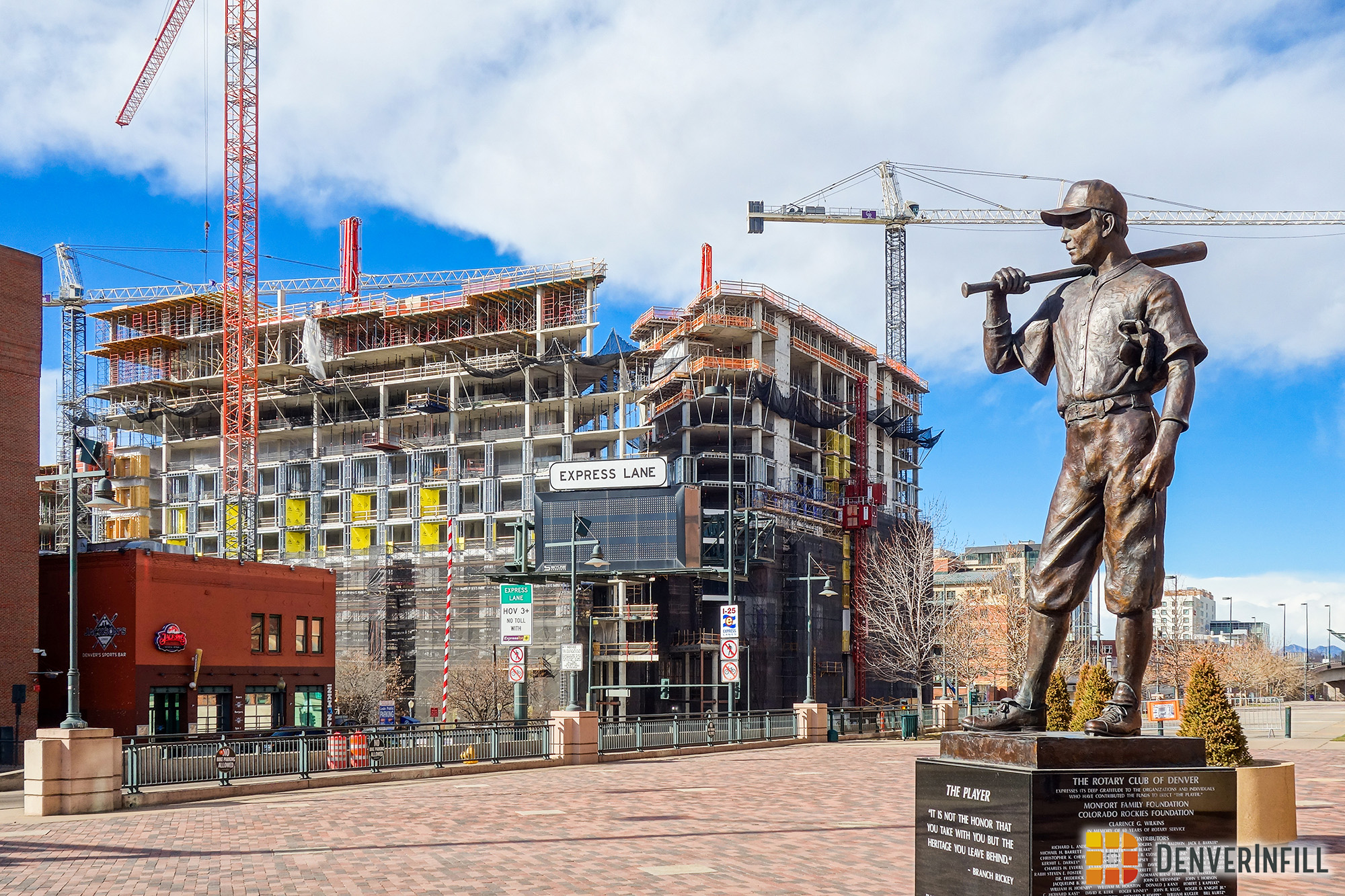 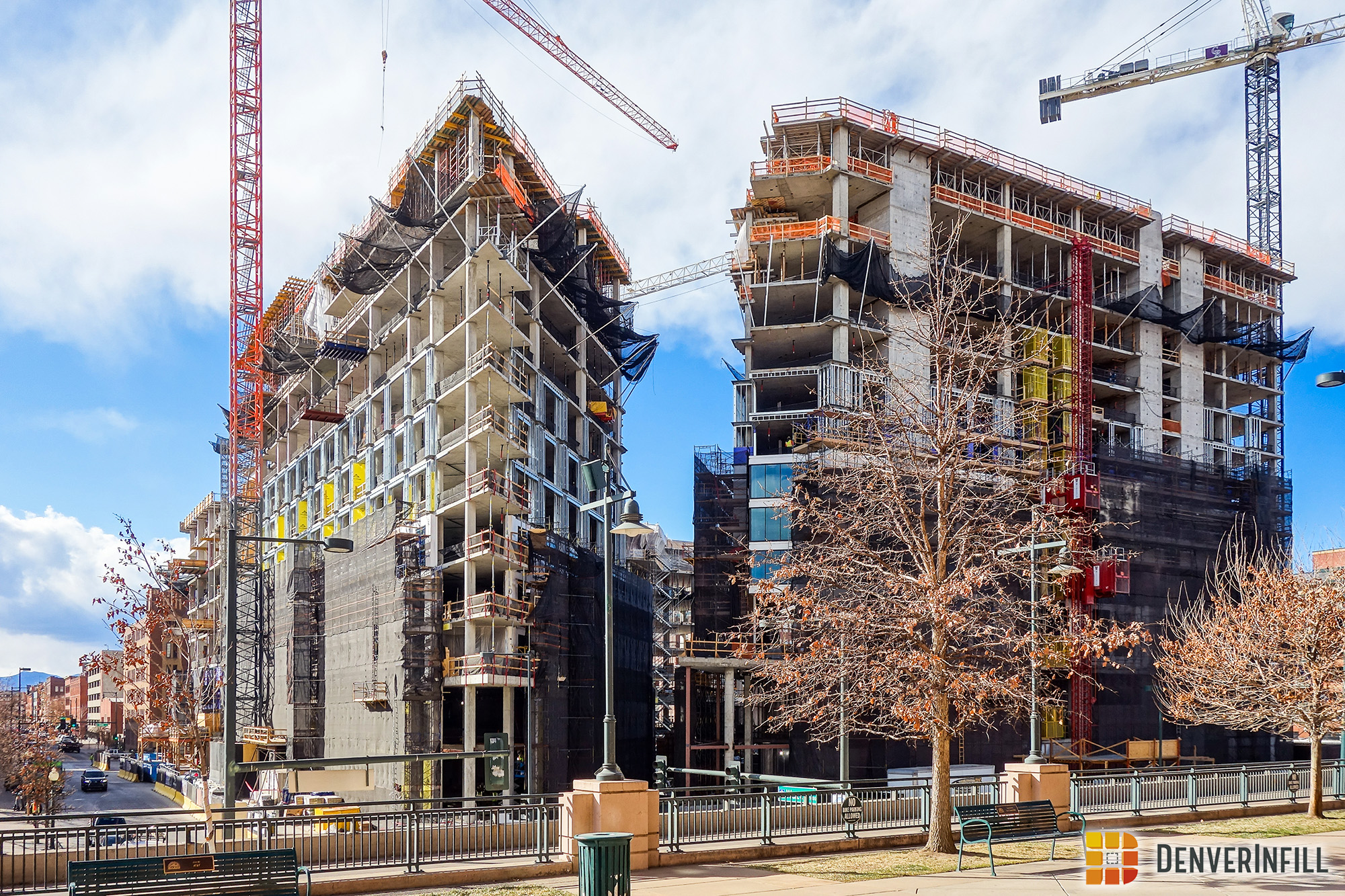 The office tower, which will eventually top out at 11 stories, is currently up eight stories with three more to go. This building features a rounded corner at the intersection of 19th and Wazee Street. 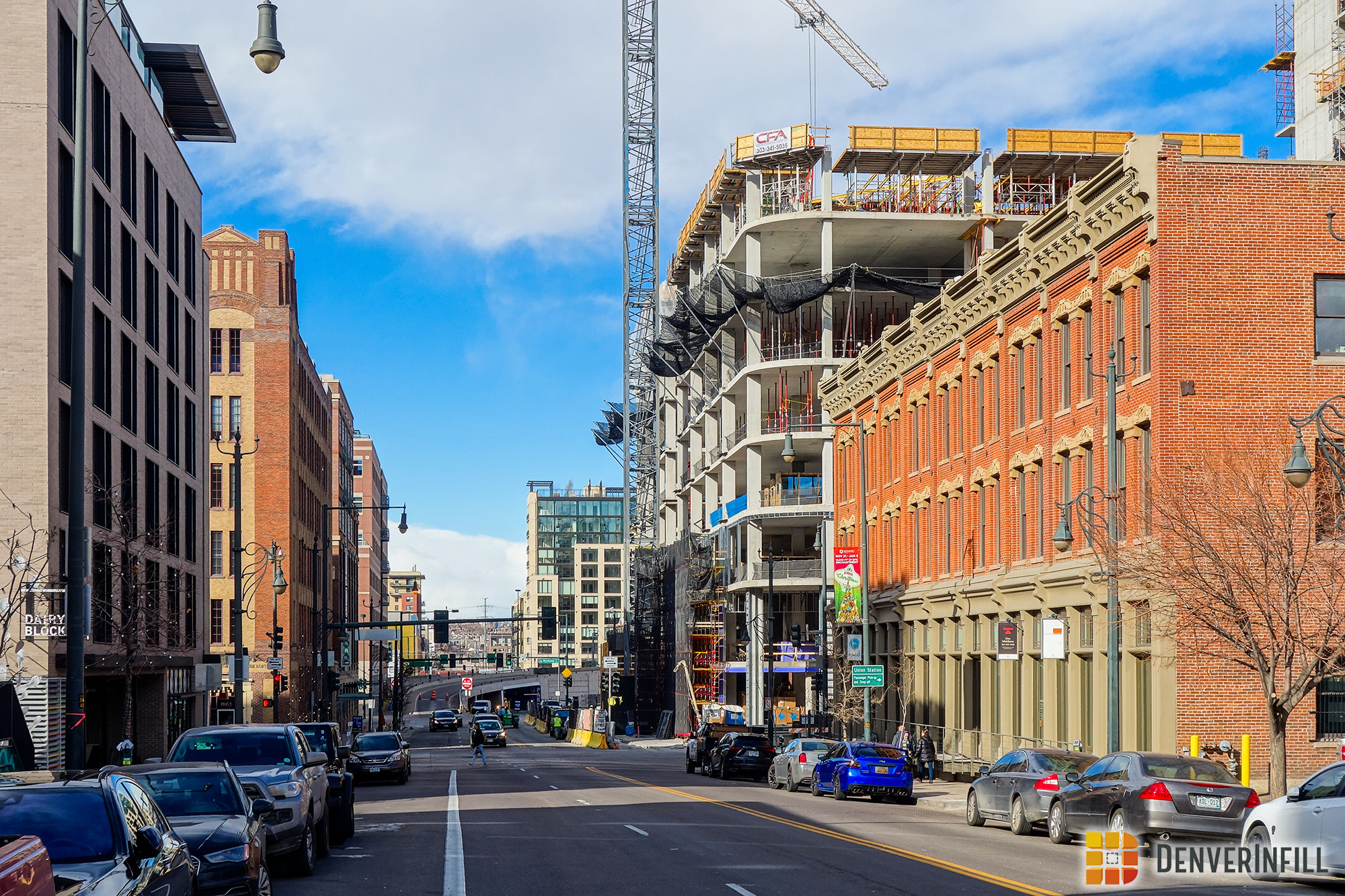 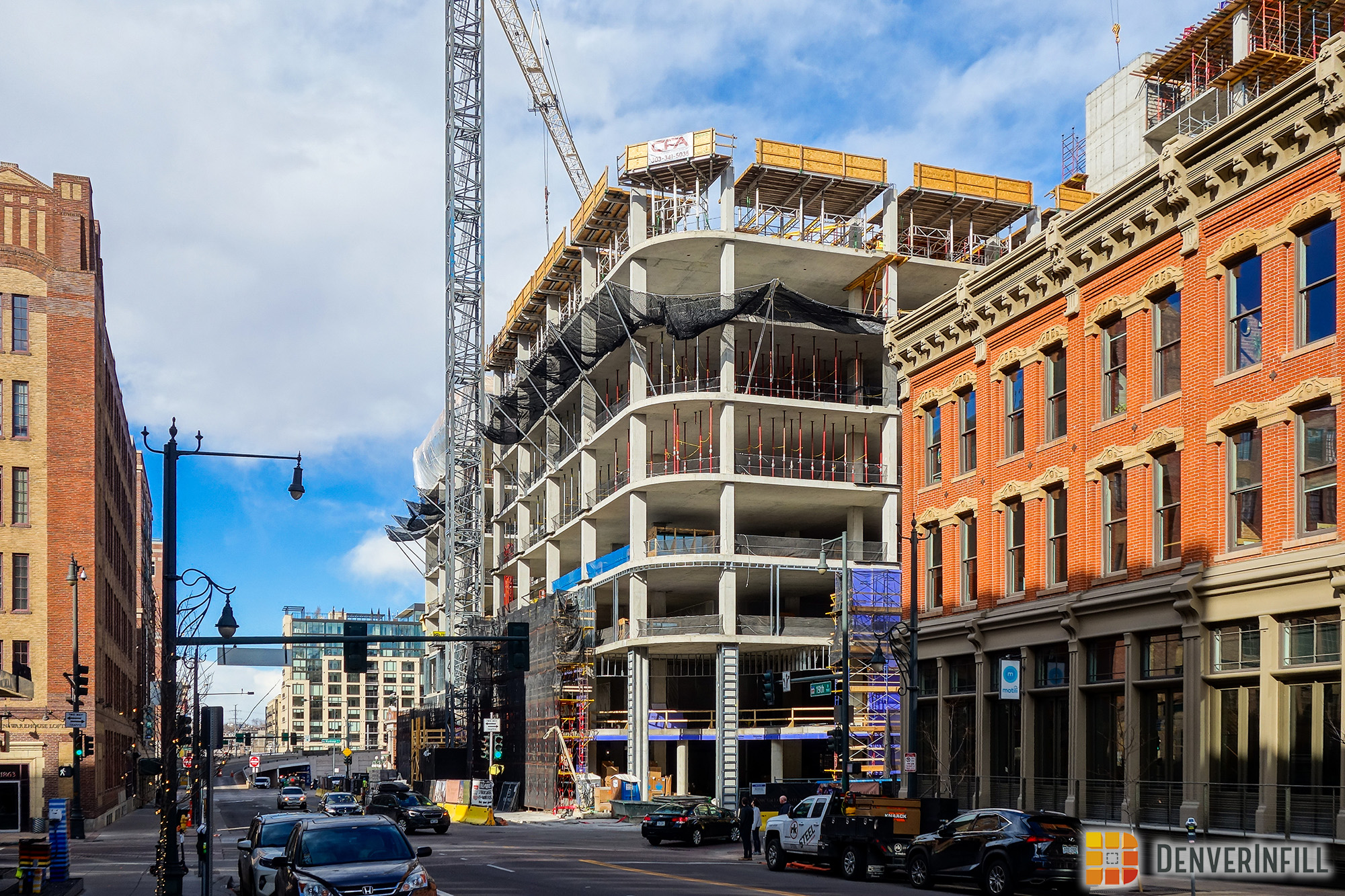 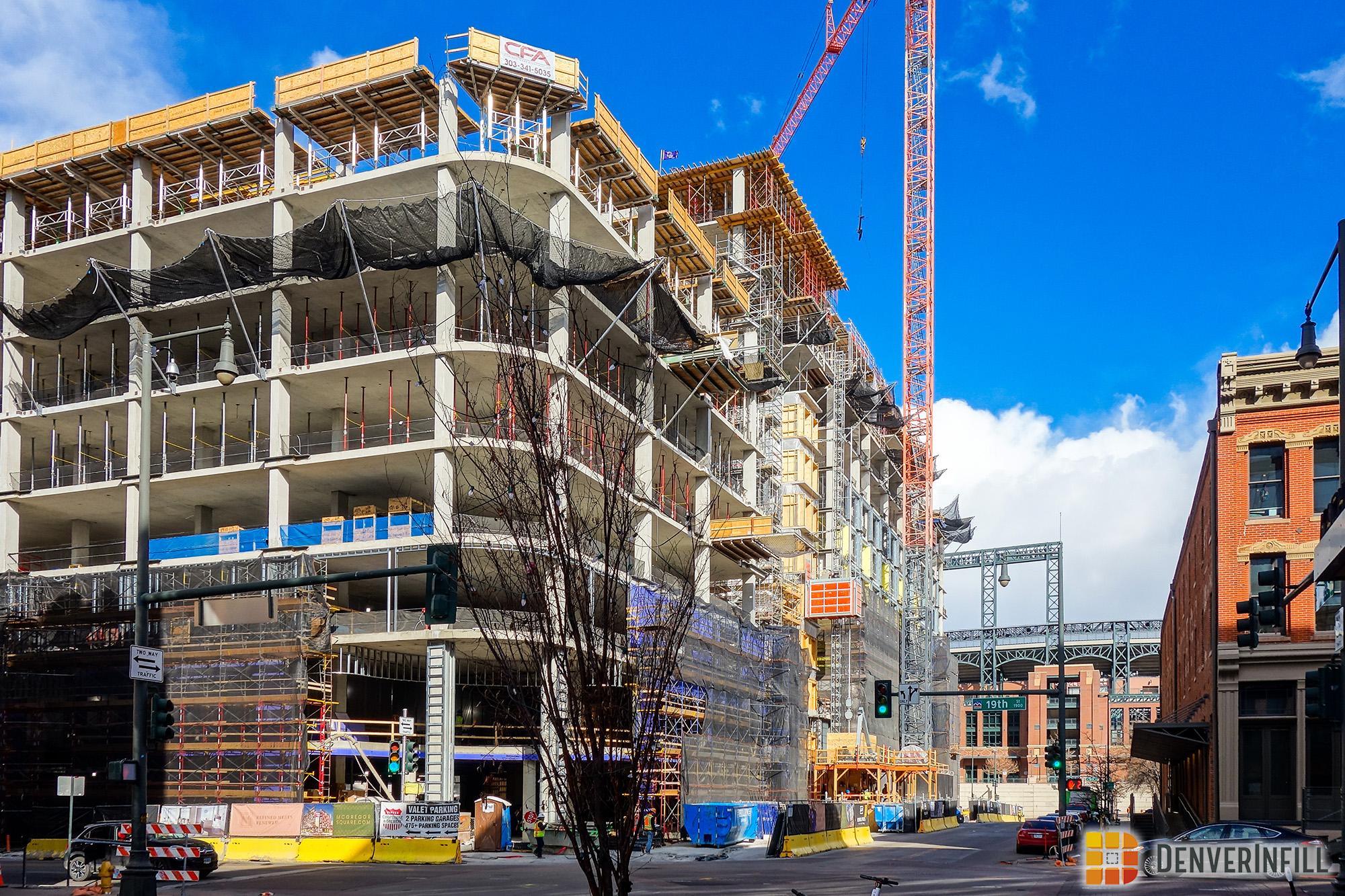 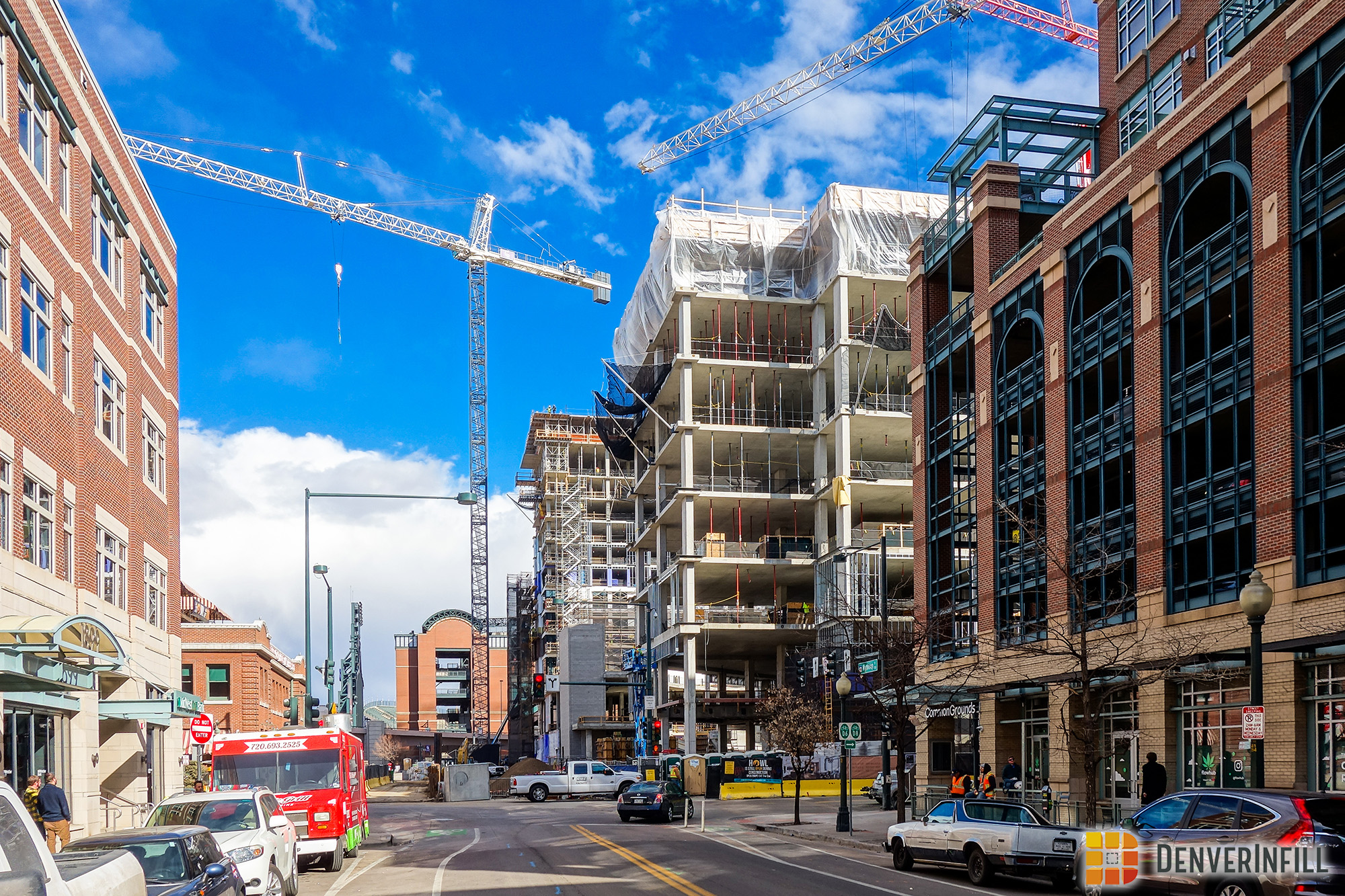 Work on the interior plaza has not begun quite yet, due to all of the staging still needed; however, it is still a sight to behold with all of the construction activities taking place. 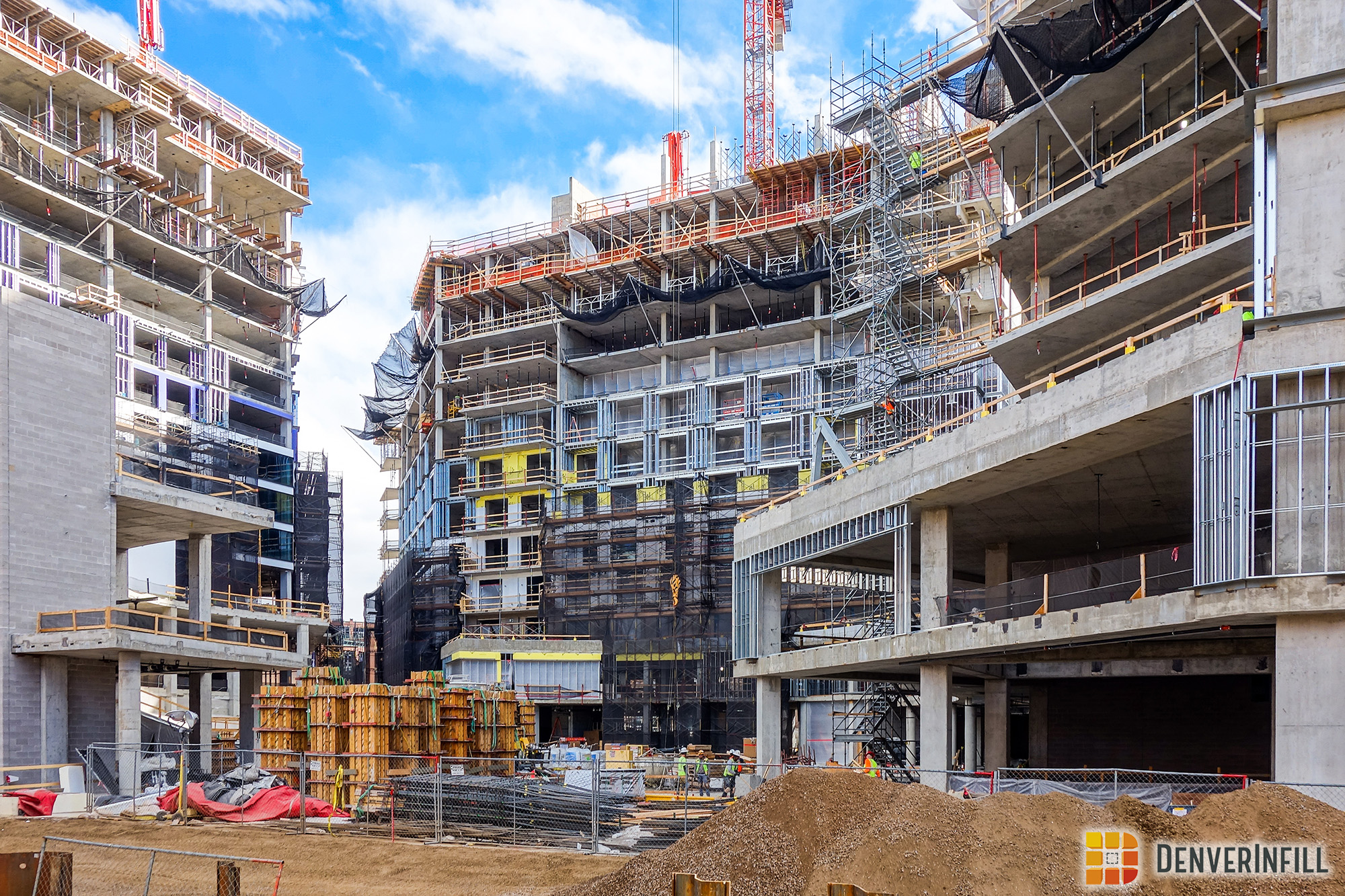 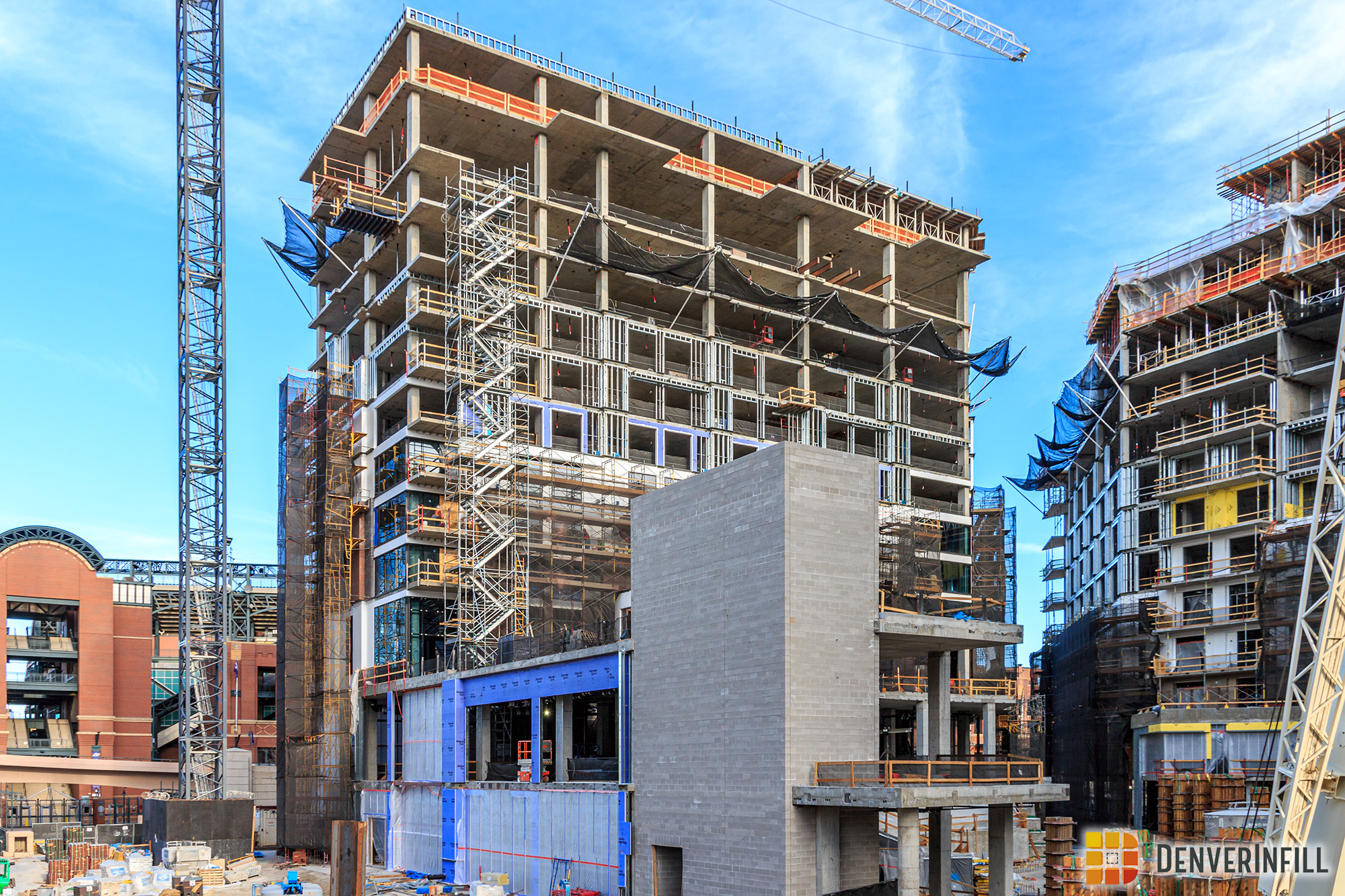 Let’s wrap up with a peek of the facade beginning to go up on all three buildings. The first photo shows brick and glass on the hotel tower. The second photo is glass going up on the office tower. The third photo shows the glass on the condo tower. To prove that this project is going up at a rapid pace, the first round of photos, before the set below, were taken just two weeks ago and no facade elements in play yet. The fourth photo below shows a very intricate stair system that is being used on the office tower. 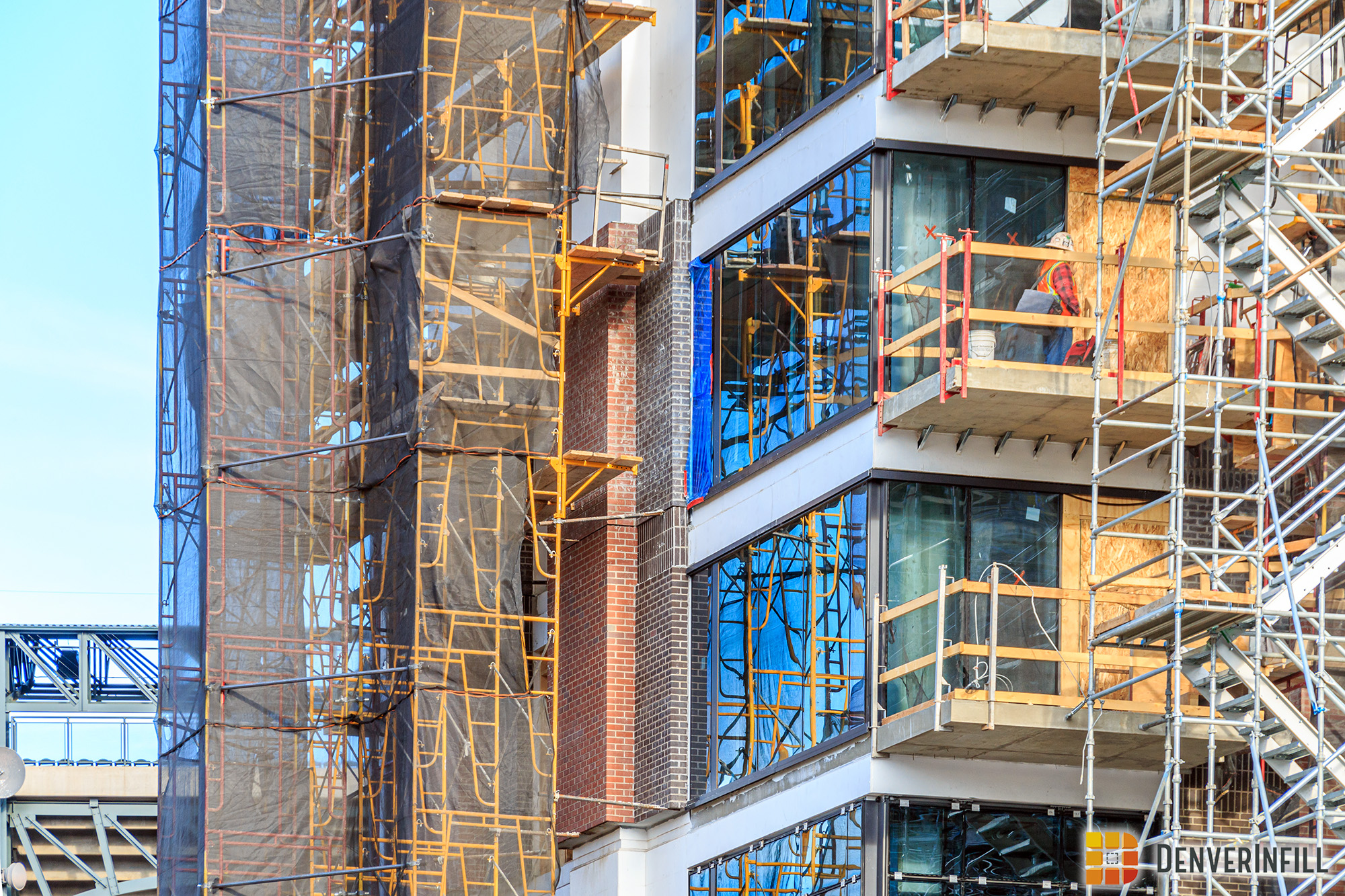 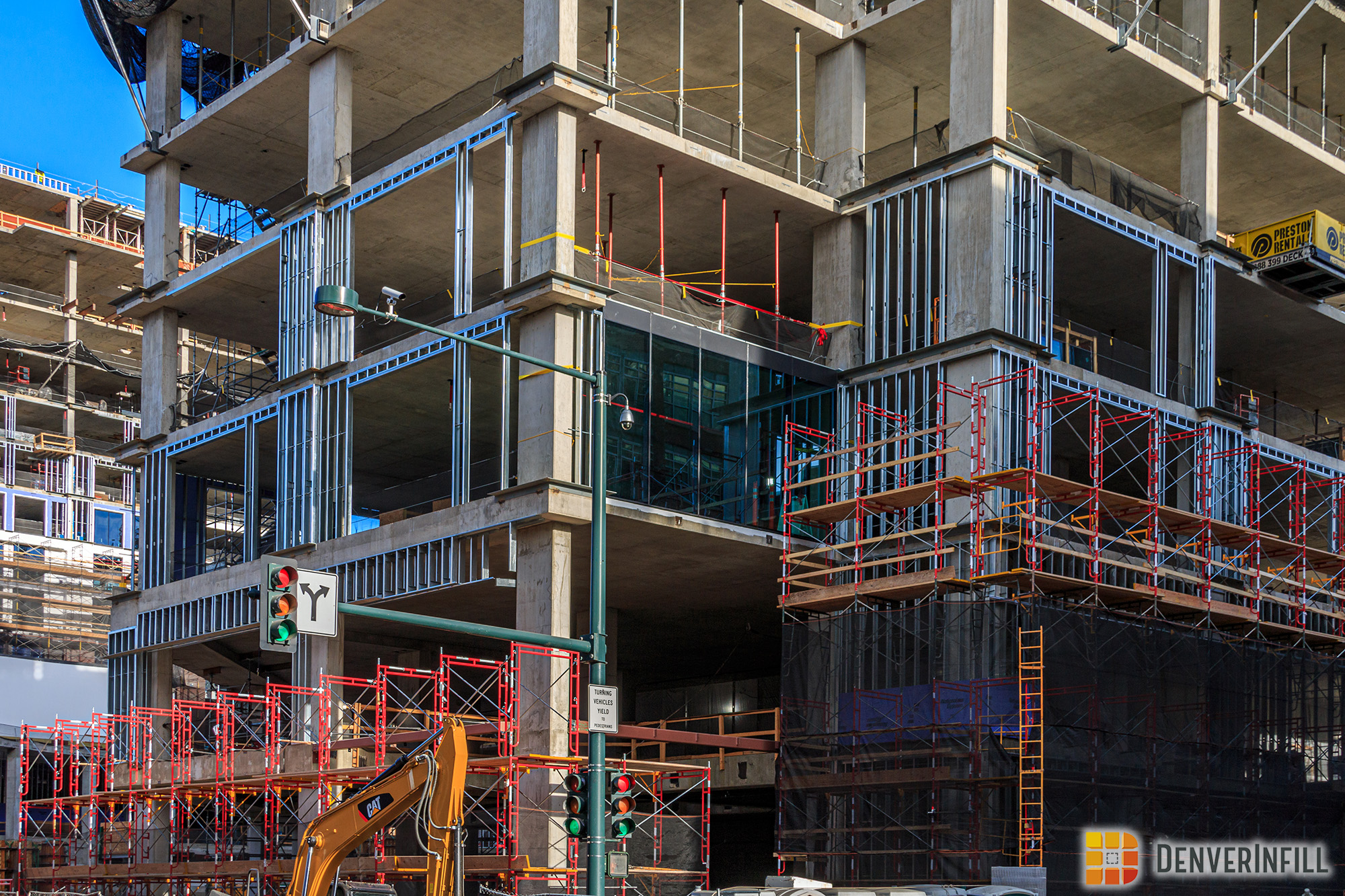 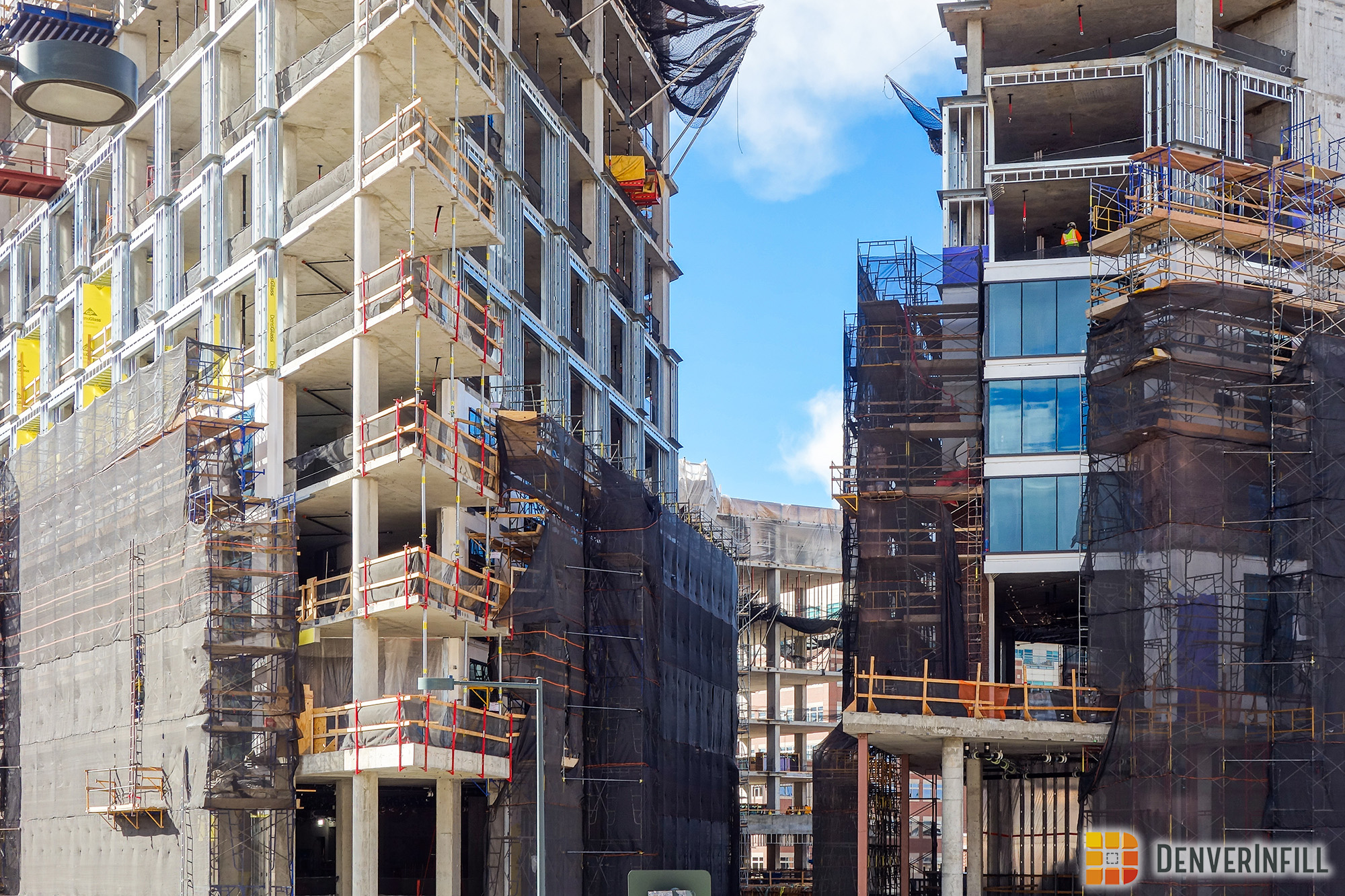 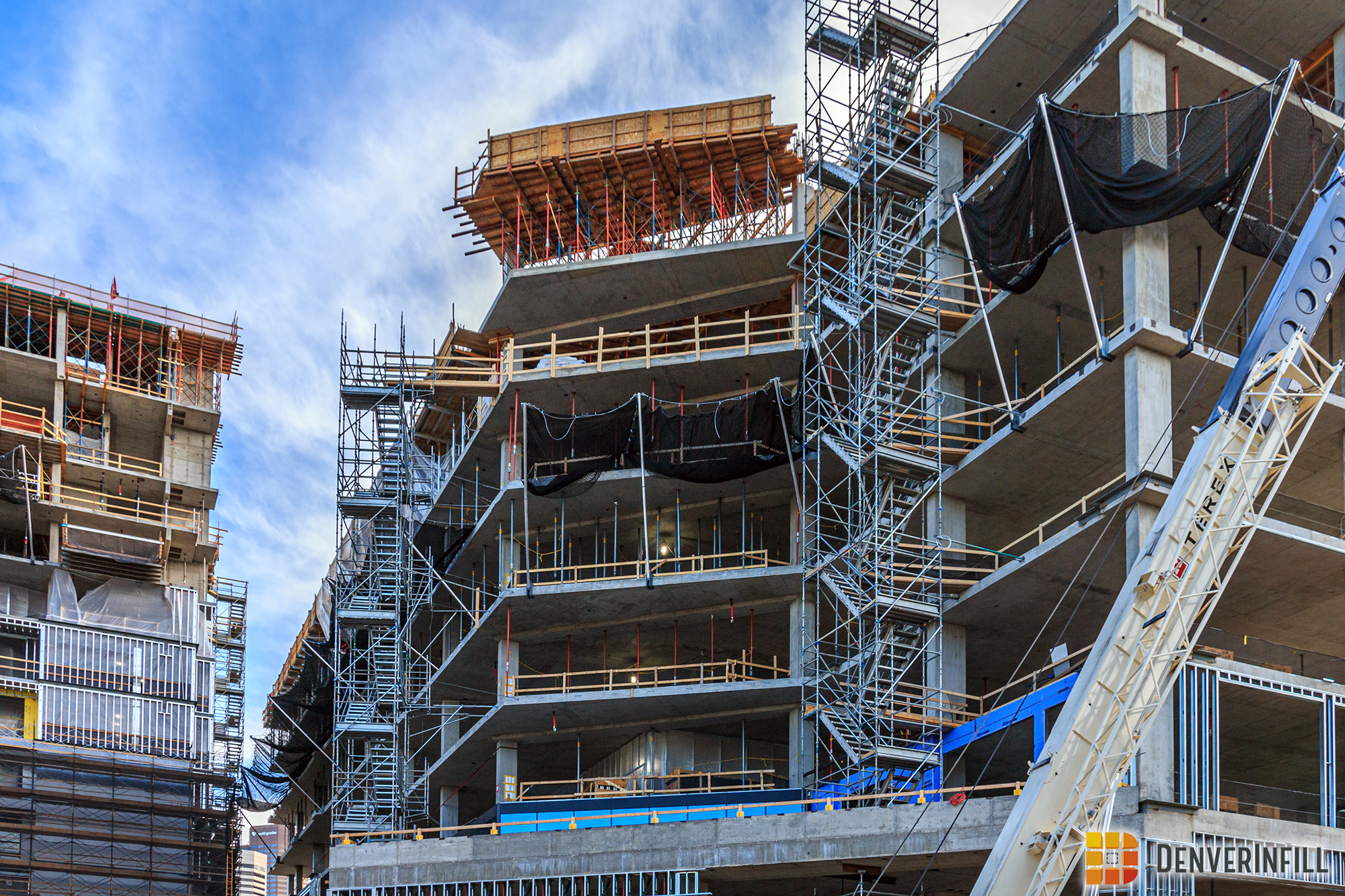 McGregor Square is such a transformative project and will forever better connect Coors Field with Lower Downtown. We couldn’t be more excited to see this making such swift progress.