On Monday, March 16, a Concept Plan was filed with the Denver Community Planning and Development office for a 36-story, mixed-used tower at the corner of 21st and Lawrence streets in Downtown Denver’s Arapahoe Square district.

The proposed project would include 180 residential units, a 300-room hotel, and 20,000 square feet of ground-floor commercial space. The L-shaped development site is currently occupied by several one-story commercial buildings and a parking lot at 21st and Lawrence. Across the alley at 21st and Larimer is another parking lot. The project would also include 400 parking spaces.

The site is outlined on the Google Earth aerial image below, along with a Google Streetview of the 21st and Lawrence corner. Also shown below is a rendering of the proposed tower obtained from the Concept Plan submittal to the city. The architect is Track Architecture. 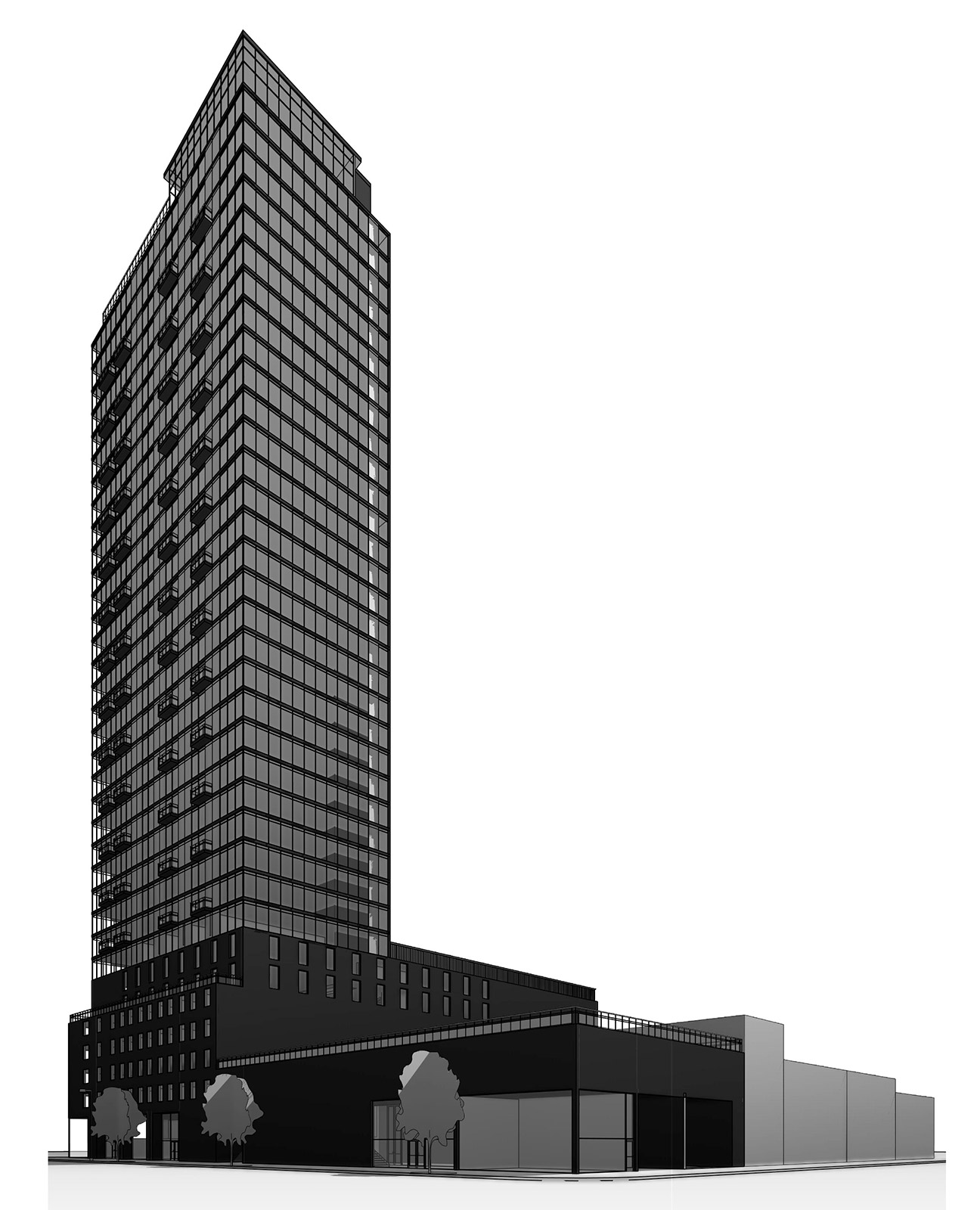 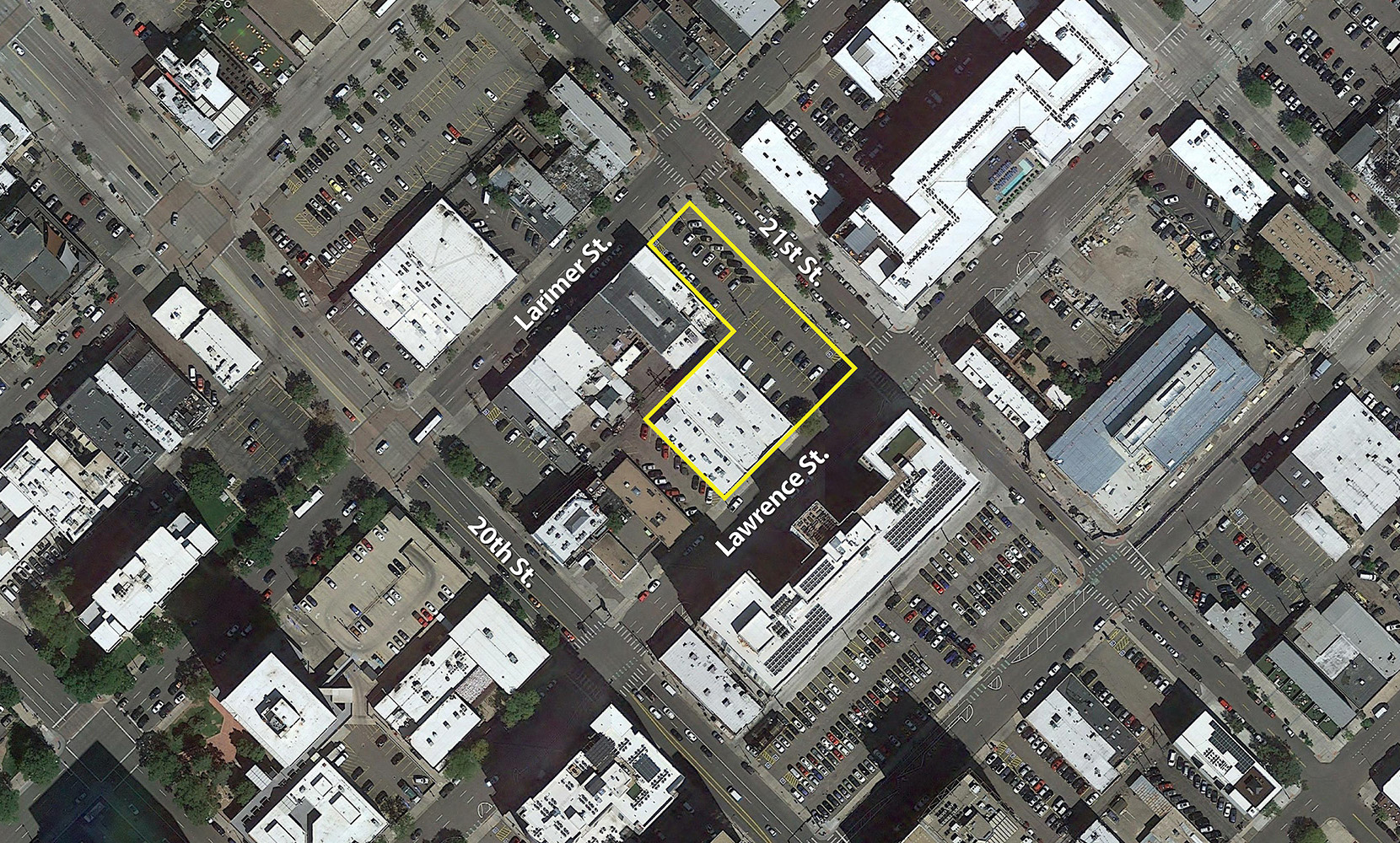 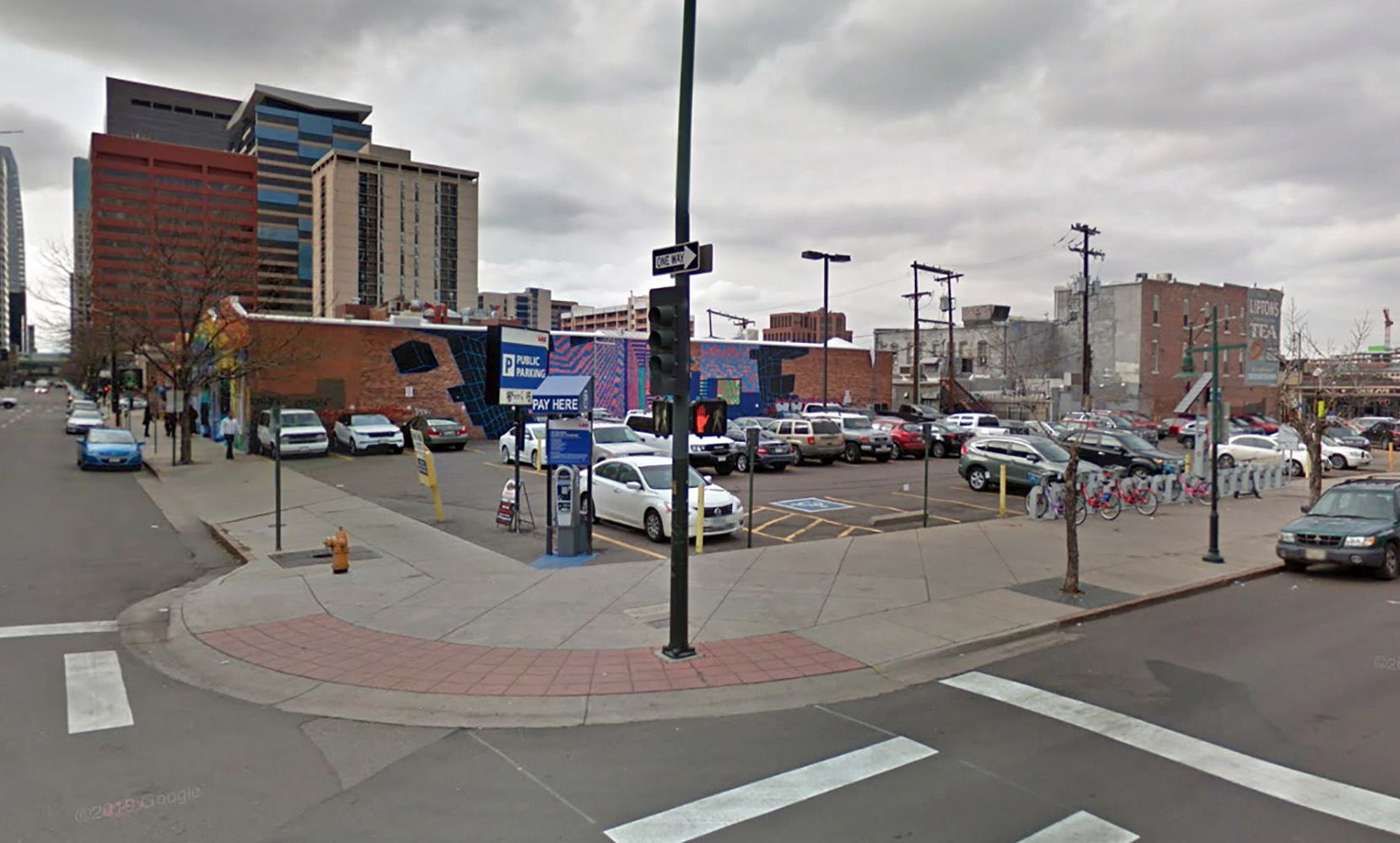 The first step in the city’s development review process is the filing of a Concept Plan application with the planning office. City planning staff review the project concept and have a conversation with the developer about feasibility, zoning and design issues, and other factors the developer will have to take into consideration before the project can move on to the next step. Therefore, project specifications and designs at this stage are preliminary and may change significantly in size and/or use before formal plans are submitted to the city for review.

According to site diagrams included in the Concept Plan, the hotel lobby, a small café, and parking entry would be located on the ground-floor of the Larimer side of the development. Along the Lawrence Street side would be the residential lobby and several retail spaces. The image below, also obtained from the Concept Plan document, shows the east (Lawrence Street) elevation on the left and the north (21st Street) elevation on the right. 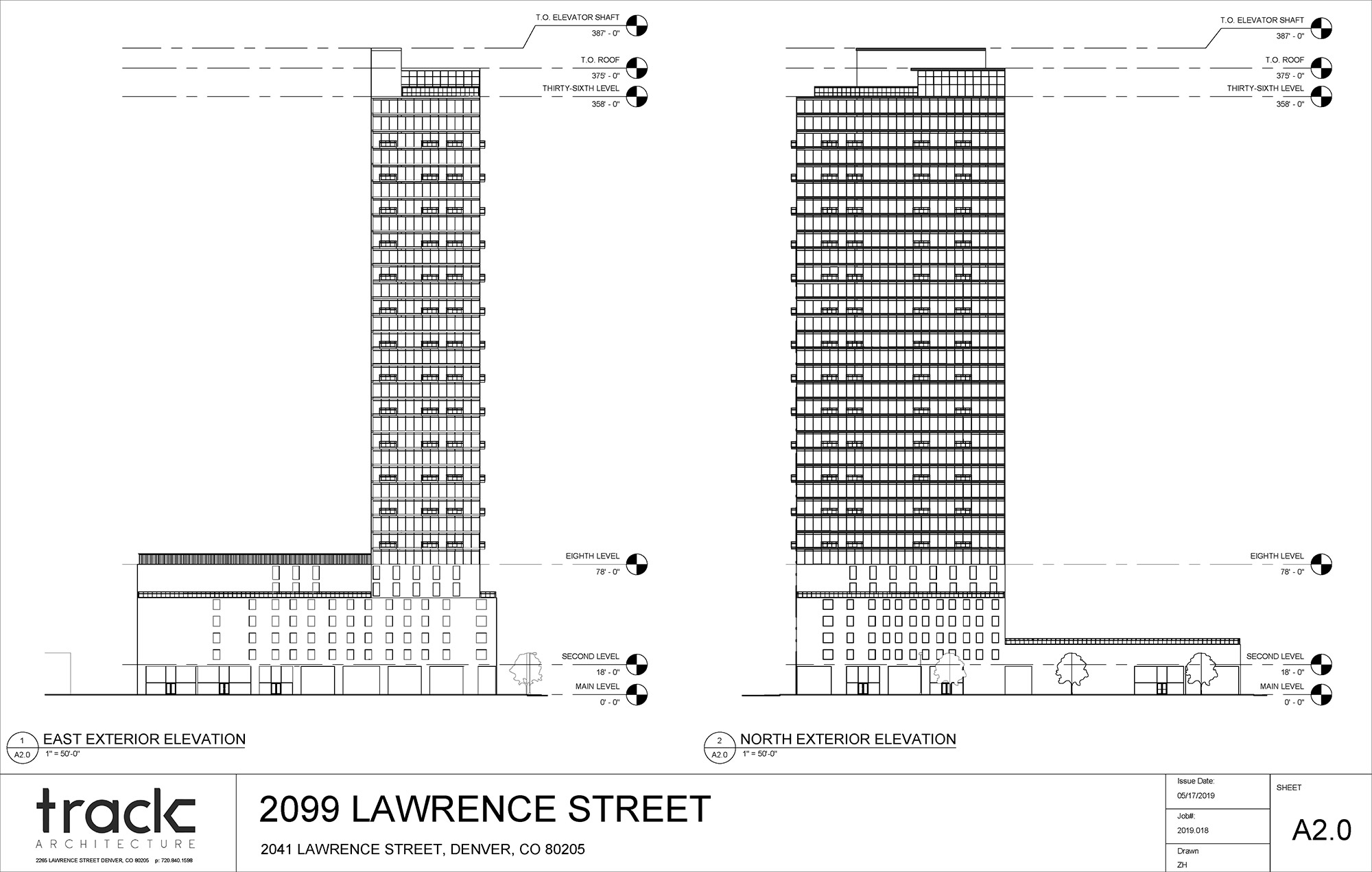 Given its location in Arapahoe Square, this project will be subject to additional review by the Downtown Design Advisory Board, so we will have additional opportunities to see more details about this project in the future, if the project passes the initial Concept Plan review stage with the city.

Editor’s note (2020-03-19): We’ve received word from the project team that the submitted Concept Plan is really more of a preliminary zoning study to get a conversation started with the city about development concepts than it is a real project. Therefore, while it is good news that a development is being explored for this site, we should wait until a more formal plan has been submitted to the city before focusing on project uses and specifications.