In February 2019, we reported that a major renovation of the former Century Link building at 930 15th Street—the south corner of 15th and Curtis Street in Central Downtown—was planned, which would strip the building of its 1960s facade and replace it with a new all-glass curtain wall, among other improvements.

That project is now under construction.

As a reminder, here’s a rendering (courtesy of Gensler) of what the building will look like upon completion. The project also has a name, The Link, and a website where you can see additional renderings of the interior, floor plans, etc. Steelwave is the developer, Rialto Capital is the owner, and Haselden is the general contractor. 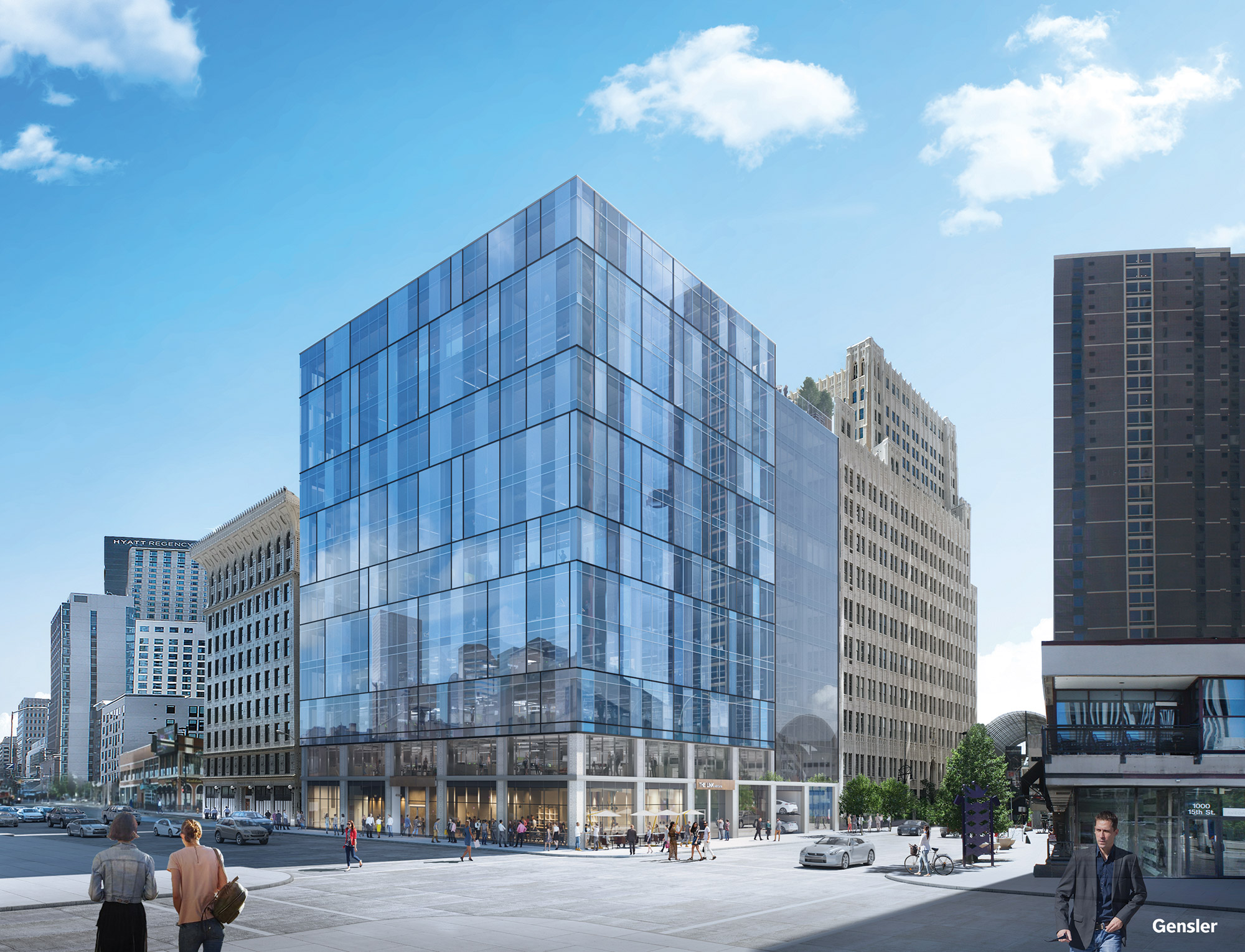 We swung by the site last week and took these photos of the old facade being removed, exposing the steel structure of the building. When finished, the Link will offer about 223,000 square feet of space, a new lobby with a lounge and café and an outdoor terrace on the top floor. Check out all five photos in the gallery below.

This project will certainly spruce up the corner and continue the transformation of 15th Street.