Canadian developer First Gulf recently submitted preliminary plans to the Denver planning office for a two-tower redevelopment of the Greyhound Bus Station at 1055 19th Street in Central Downtown. First Gulf’s previous development in Denver was 1401 Lawrence, a 22-story office tower next to Larimer Square that opened in late 2016.

On March 6, 2020, a Concept Plan was submitted to the city on behalf of First Gulf by The Beck Group, who worked with First Gulf to design the 1401 Lawrence tower. The document filed with the city shows the proposed redevelopment of the full city-block site would include two towers each rising 400 feet in height, the maximum allowed in that part of Downtown. The development would consist of a 38-story residential tower holding 750 homes and a 29-story office tower with approximately 700,000 square feet of office space. The ground floor would include 32,000 square feet of retail and lobby uses.

Multiple below-ground and above-ground parking levels would hold 1,500 (!) automobile parking spaces and 75 bicycle spaces. The site is well-served by transit, being located directly on the path of the MetroRide, a five-minute walk from the downtown light rail loop, and a ten-minute walk from Union Station. More than a dozen bus routes make stops within two blocks of the site.

The site is outlined on the Google Earth aerial below along with a Google street view of the existing Greyhound Bus Station from the 20th and Curtis intersection. 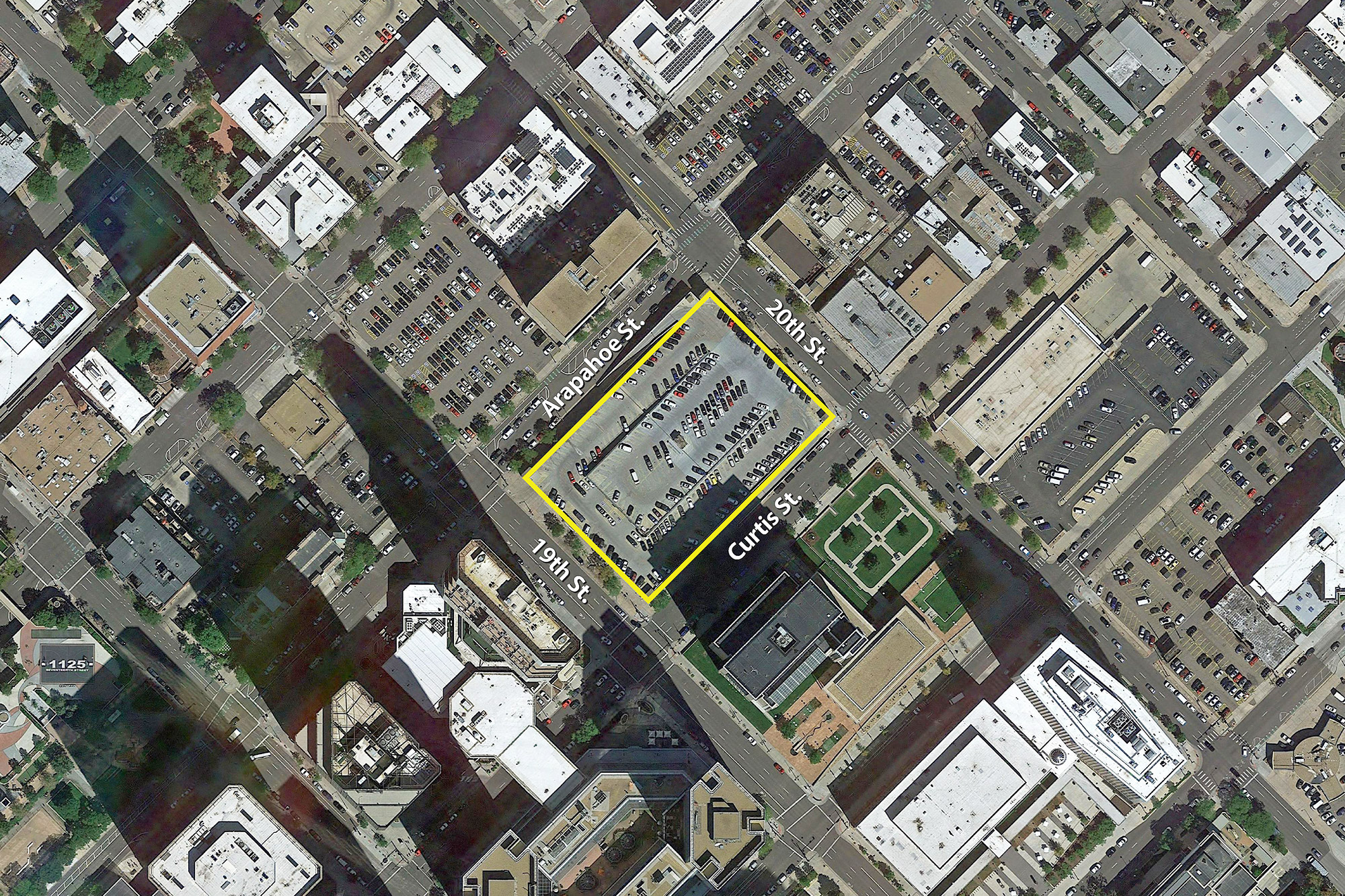 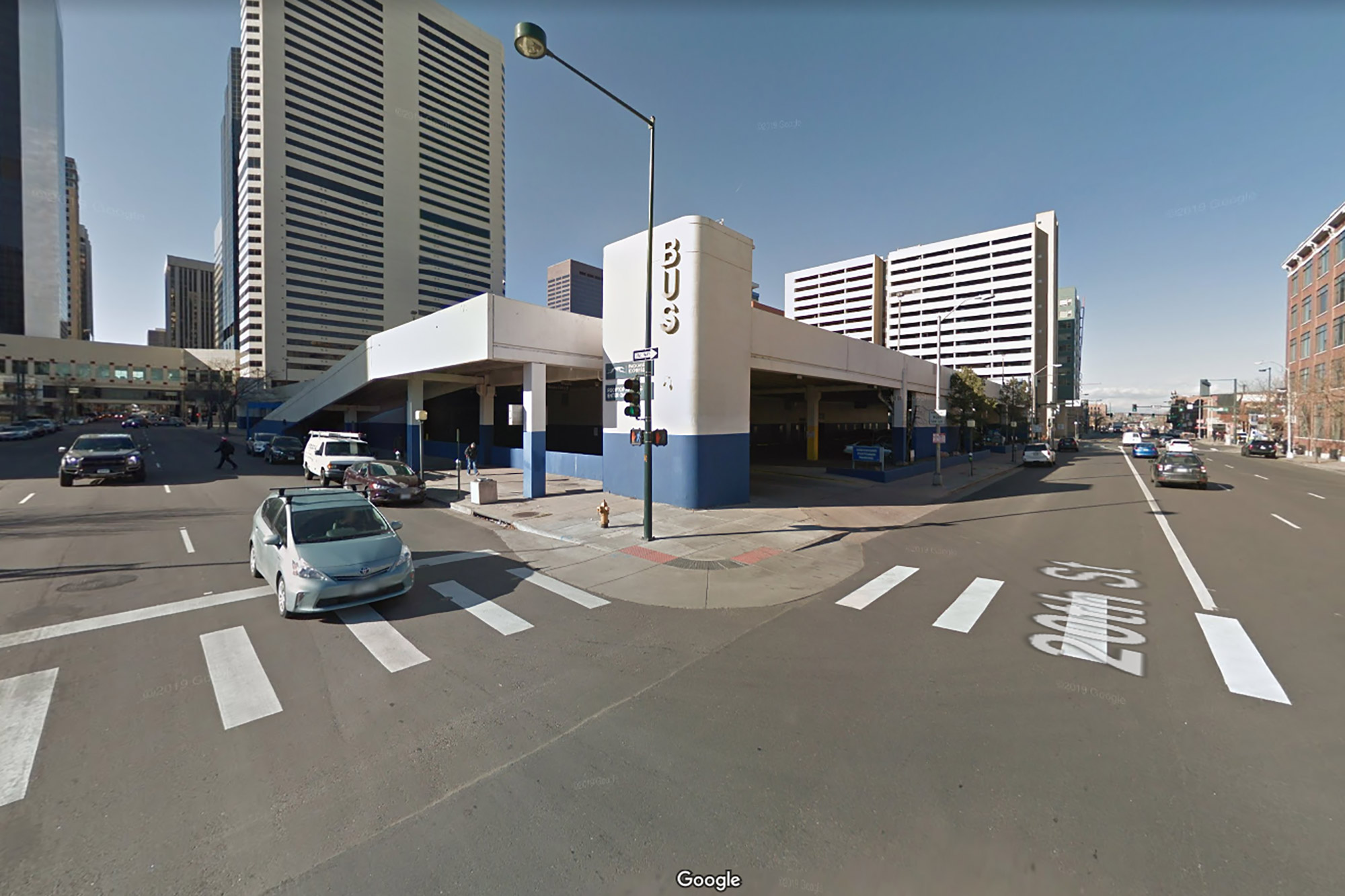 The first step in the city’s development review process is the filing of a Concept Plan application with the planning office. City planning staff review the project concept and have a conversation with the developer about feasibility, zoning and design issues, and other factors the developer will have to take into consideration before the project can move on to the next step. Therefore, the project’s design and specifications at this Concept Plan stage are preliminary and may change significantly before formal plans are submitted to the city for review.

No rendering was provided in the Concept Plan document, so we will have to wait to see what the design of this significant two-tower development may look like.