Before They Were Parking Lots… Block 001-B

Next up in our look back at our five “worst parking lot” sites before they were parking lots is Candidate #2: Block 001-B.

Again, all of these photos were obtained from the Denver Public Library’s online Western History and Genealogy Digital Image Collection. These are low-resolution versions that were taken from their website. But, if you go to the collection’s home on the fifth floor of the Central Library downtown, you can view these images on the library’s computers at their full resolution which, in many cases, is exceptionally high.

So, what was originally on Block 001-B? The block held a number of small hotels and other businesses in three- and four-story buildings. Here’s a photo from around 1910 showing the intersection of Broadway, Welton, 19th and E. 20th Avenue. The buildings on the right are on the northwest corner of Block 001-B. The building in the center, the Crest Hotel, is where the 32-story One Lincoln Park project is currently under construction on Block 177. The building on the left was the Hamilton-Campbell Grocers and is now home to the 43-story 1999 Broadway tower on Block 158:

Here’s another photo from the same era looking southwest down Welton toward the same intersection:

This photo of the same intersection was taken in 1921 and is looking straight north up Broadway. Block 001-B is on the right. Shown here is the beginning of the “Broadway Extension” street project. Prior to this time, Broadway came to an end at Welton Street. In this photo, the buildings along the Welton side of Block 158 are being demolished so that Broadway can be extended north across the diagonal Downtown grid that stretches toward the Curtis Park neighborhood: 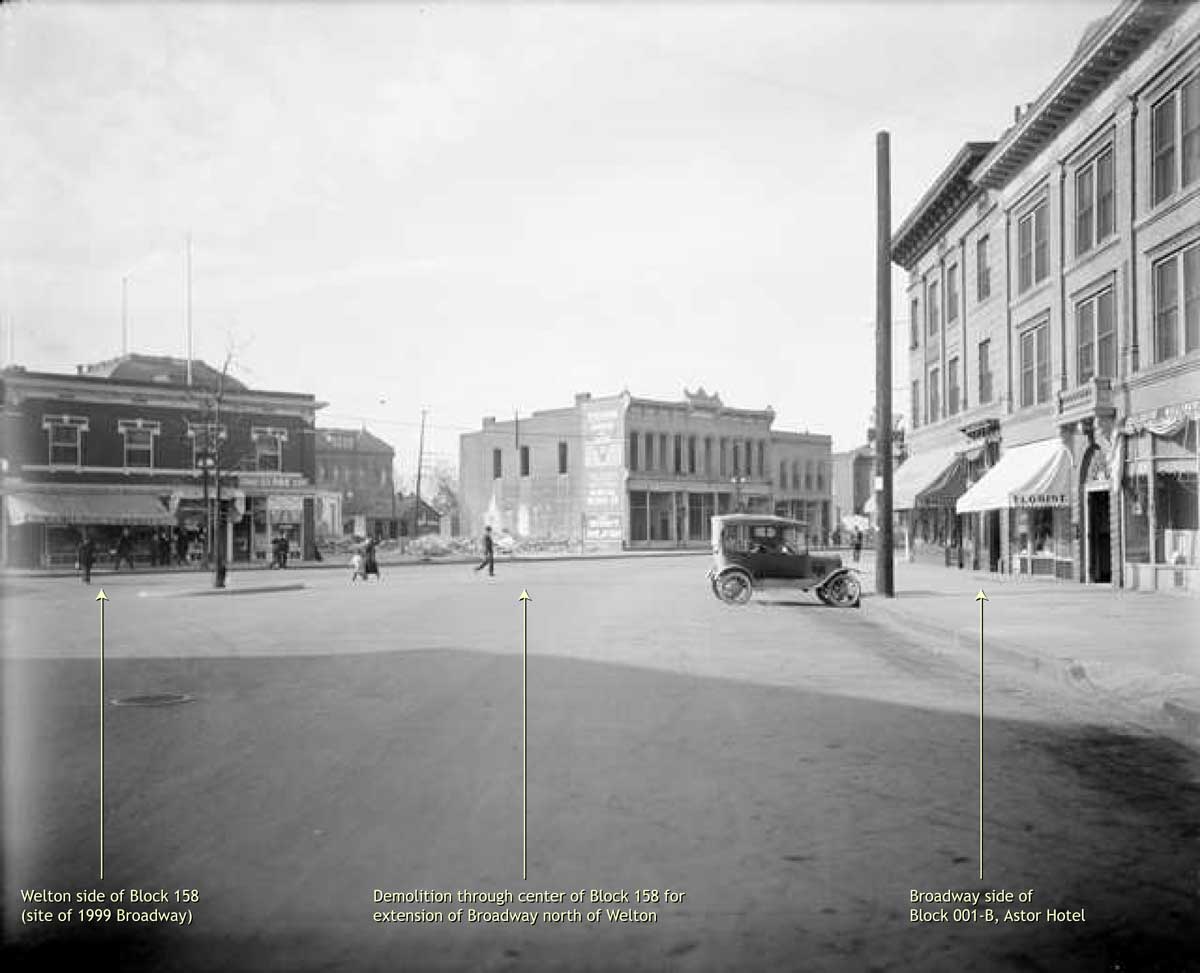