Our fourth candidate for “worst parking lot” in Downtown Denver is located on Block 003-B in Upper Downtown. Here’s the aerial:

Unlike the other candidates, which all have quite appalling physical conditions, the parking lot on Block 003-B is in pretty good shape. The pavement looks relatively new and the other elements (poles, lights, etc.) are in decent condition. There are a few minor issues, but there are dozens of other parking lots in Downtown Denver that have deteriorated conditions far worse than the lot on Block 003-B. This parking lot is owned by an entity called “Trinity (Denver) PIP III LLC” and is operated by AMPCO System Parking. 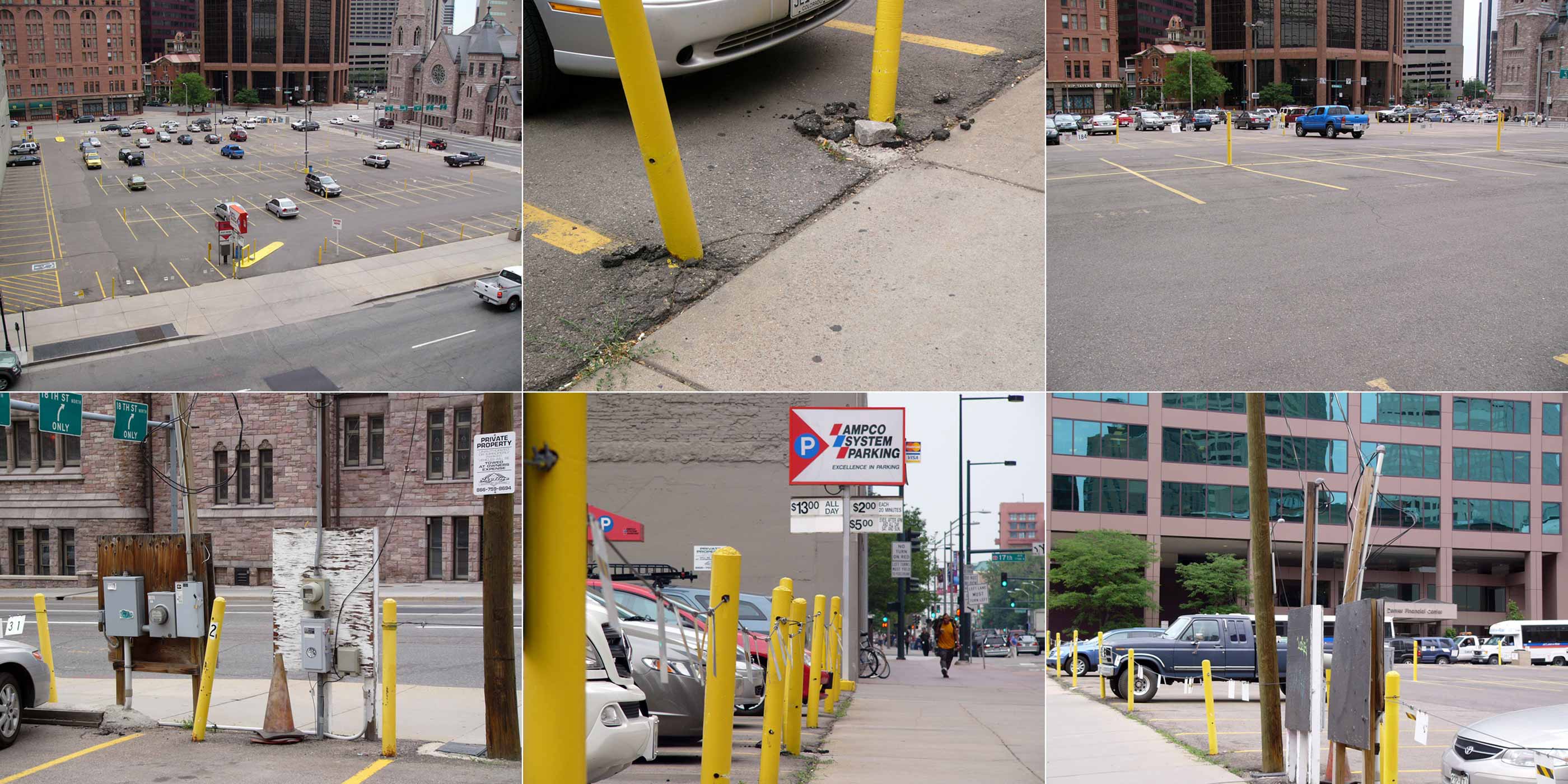 But, this was one of the top five most frequently nominated parking lots, and the reason why, I suspect, is because of its unique location and important neighbors.

Block 003-B sits at one of those intersections where the diagonal Downtown street grid collides with the metro street grid aligned to the four cardinal directions, resulting in the five-point intersection where Broadway, E. 18th Avenue, Tremont, and 18th Street all come together. Street corners, or more specifically the buildings located at them, are very important elements in an urban environment. They anchor the intersection and establish the scale and character of the street wall in both directions. This is particularly the case with a five-point intersection, where diagonal sight lines and building edges can create an engaging and visually interesting experience for the pedestrian.

The intersection in question has the ingredients to be one of Downtown Denver’s best corners. On the northeast corner is the beautiful Trinity United Methodist Church, with its rhyolite façade and steeple and its Tiffany stained-glass windows. To the southwest is the wedge-shaped corner of the venerable Brown Palace Hotel and its rich reddish sandstone exterior. On the northwest corner is the charming historic Navarre building and the 17-story Trinity Place tower which, for a 1970s office building, is relatively pleasant at the sidewalk level. Add in the couple of mature trees and the public art piece there, and this intersection rocks–from certain vantage points. But what really keeps this unique corner from being one of Downtown’s best is the surface parking lot at the southeast corner on Block 003-B. Its expanse of asphalt presents a harsh edge to the scene, and the lack of a building at this site prevents the enclosure of the intersection as an intimate public space. If this parking lot–along with the surface lot at 18th & Glenarm and the lots adjacent to the church–could be developed, this part of Downtown would have a really great feel to it. But, unfortunately, that’s currently not the case, so that’s my perspective on why the parking lot on Block 003-B is one of Downtown Denver’s worst.