People have been asking me about what’s going on at the Chavez federal building at 13th/Fox/Speer in Downtown Denver’s Civic Center district. Over the past few weeks the parking garage has been getting demo’ed, and rumors had it that the office building would be receiving a major makeover.

Today I’m happy to report the factual details, thanks to the folks at Tryba Architects, GE Johnson Construction, and their client, the General Services Administration, which owns the building and manages it for a variety of federal government tenants.

First, to make sure you know which building I’m talking about, here’s a bird’s eye view looking east down W. 13th Avenue at Speer and Fox (courtesy of Bing Maps). The recently razed parking garage is to the left across W. 13th Avenue from the office building: 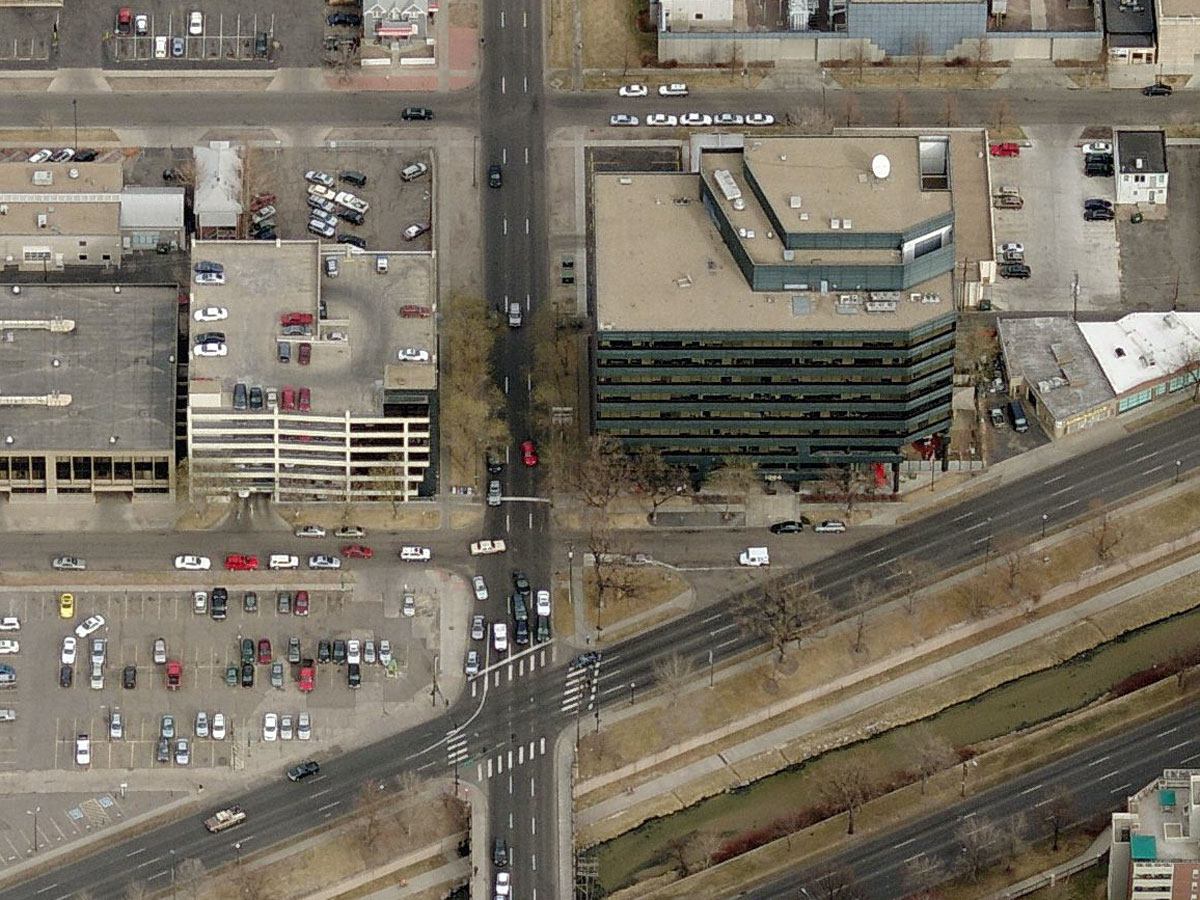 The 10-story, 180,000 square foot Cesar E. Chavez Memorial Building was constructed in 1984. Almost 30 years later, the structure’s glass and aluminum curtain-wall skin has deteriorated to the point of needing replacement, as has much of the building’s mechanical, fire safety, utility, and other systems. Meanwhile, the parking garage across the street had major structural issues that needed to be addressed. To bring the property into the 21st Century and position it for another generation of federal service, a $33 million reconstruction/renovation is underway, paid for in part by 2009 American Recovery and Reinvestment Act funds.

The reskinning of the office building and other upgrades will improve the building’s energy efficiency by 30%, with the entire project aiming for LEED Silver certification. The parking garage will be replaced with a new garage at the same location, which will include photo-voltaic cells on the roof that will generate 5% of the property’s energy needs. Other modernization and green-building improvements include energy efficient mechanical and lighting controls, elevator upgrades, lobby expansion and renovation, replacement of ceilings, emergency generator replacement, a new recycling center, upgrading interior and exterior finishes, blast mitigation upgrade to the curtain wall, and a new fire alarm system.

Here are some “before and after” images, courtesy of the project design team:

View from the corner of Speer and Fox looking north: 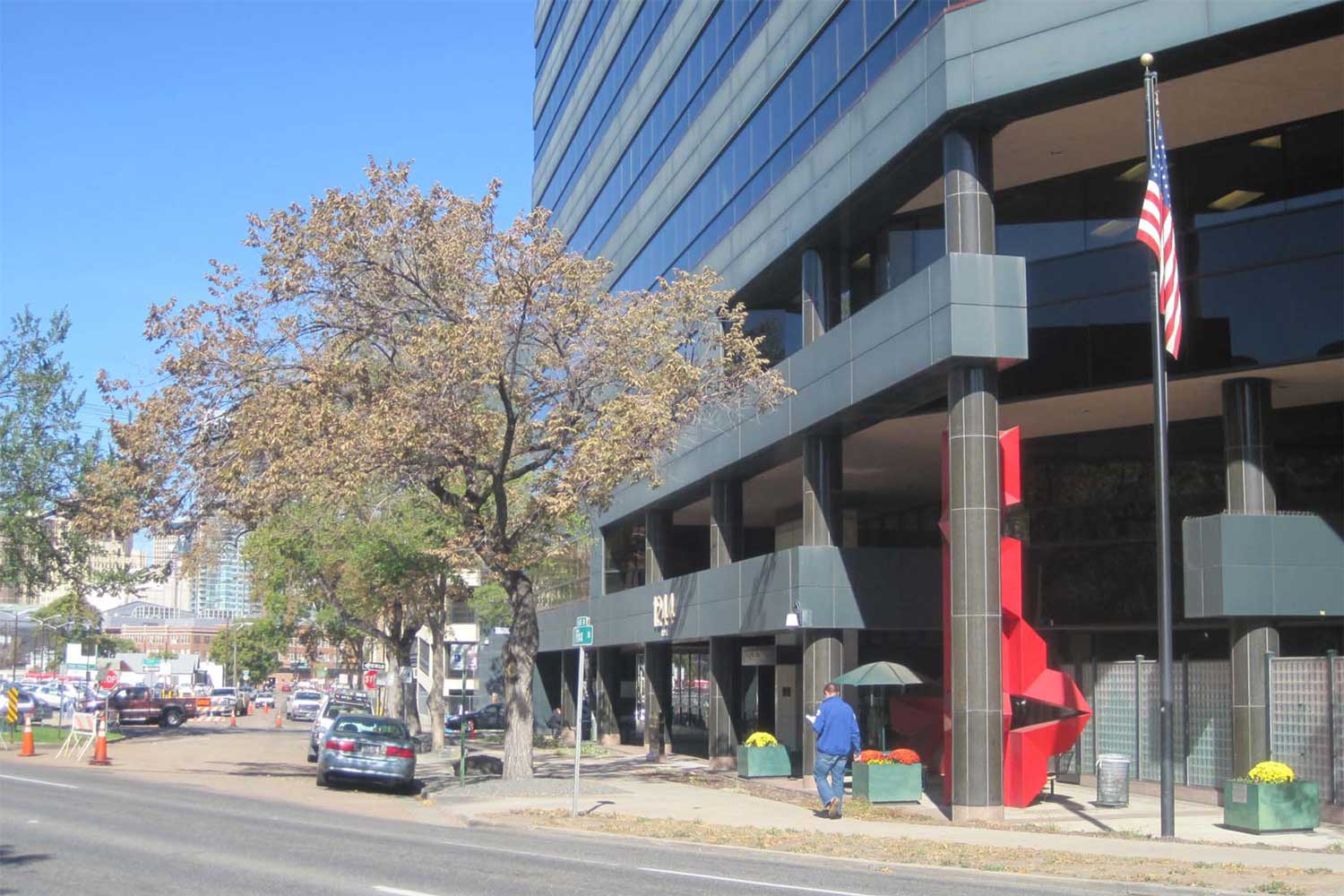 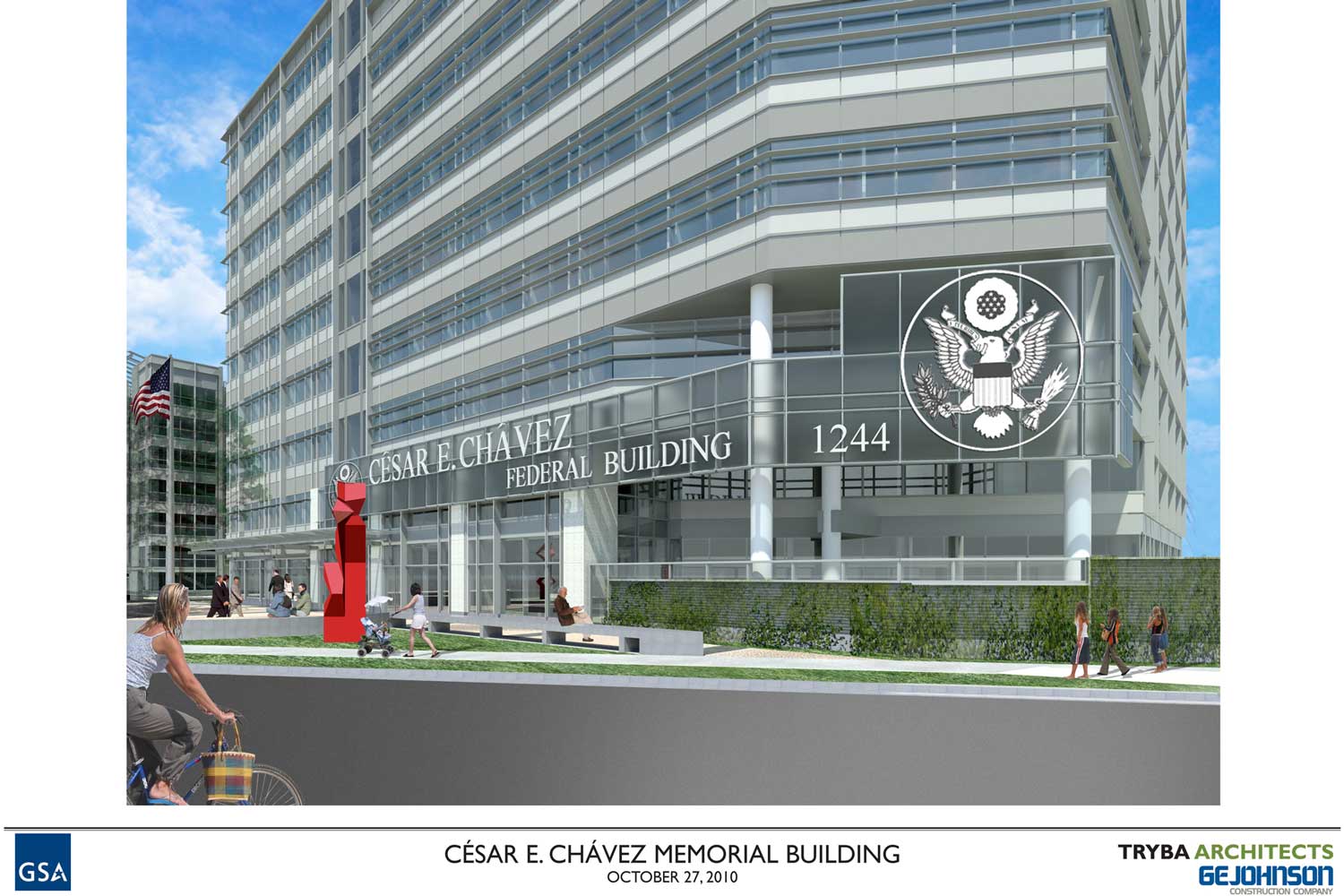 View from the corner of W. 13th Avenue and Elati looking west: 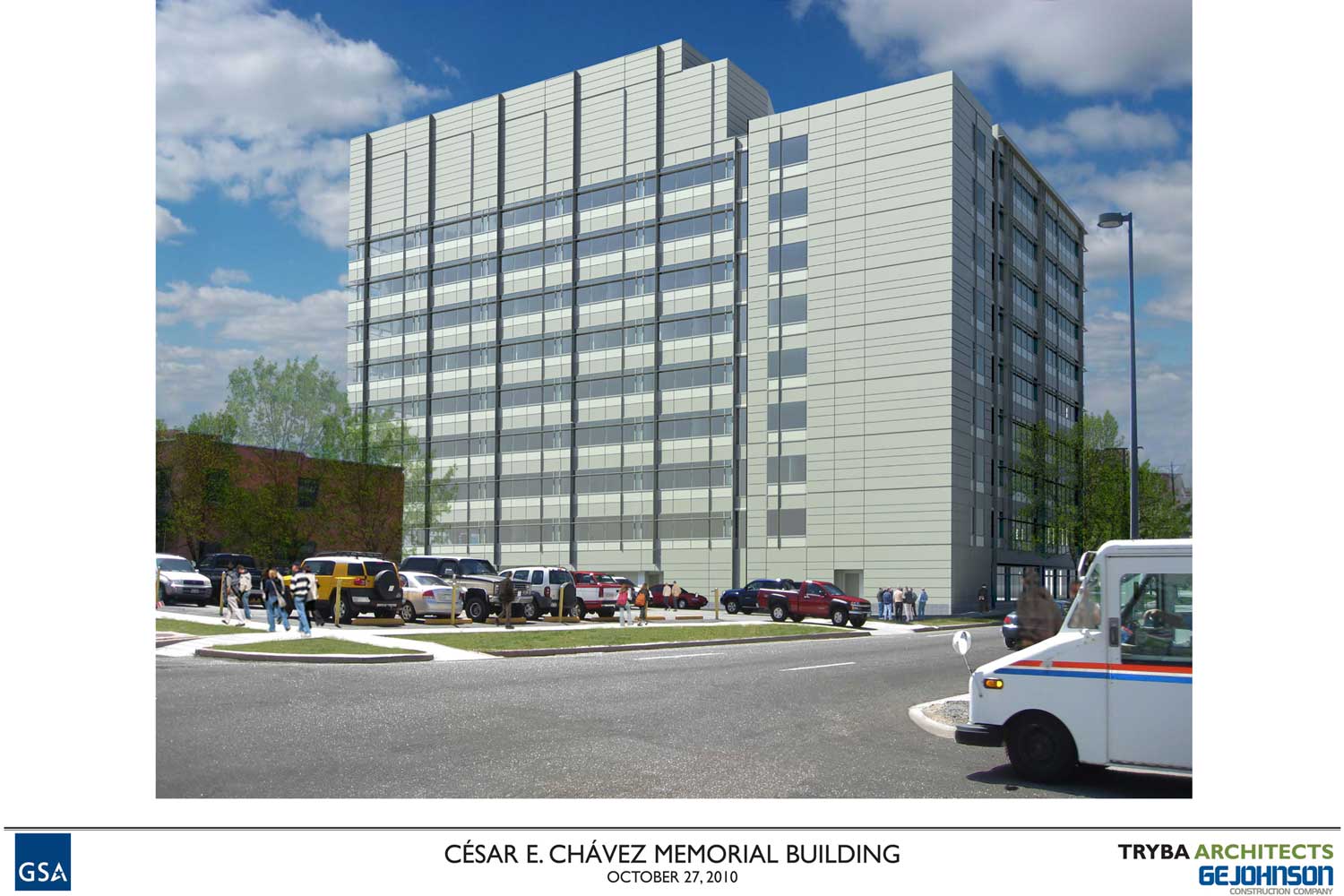 The design of the parking garage is ongoing, so no renderings of it are available yet.

The reskinning of the building will take place while employees are still working in the building. The contractor will install temporary partitions a few feet in from the exterior walls on each floor along one of the building’s elevations. The old curtain wall will be removed and the new facade installed, while office workers inside remain protected from the elements. Once that side is finished, the process will be repeated on the next building elevation. Also, sections of each floor will be closed down at some point to allow for the renovation of interior elements. The entire project is scheduled to be completed by December 2012.

It’s nice to see more investment taking place in our Downtown area, and the revitalization of the Chavez Building will certainly spruce up that part of Civic Center and complement the new Denver Justice Center located a block to the north. Nice project!