There is good news to report. The hole is drained and excavation work on the bus terminal has resumed. A variety of factors caused long delays in getting the pumping and filtering systems in place. The ground water is contaminated with substances in addition to those found in the first phase, the clean water standards have gotten more stringent, and very few labs in the country are equipped to perform the required testing. The delays are not expected to impact the Spring 2014 completion of the project. Here is a shot that I took on Tuesday before the snowstorm. 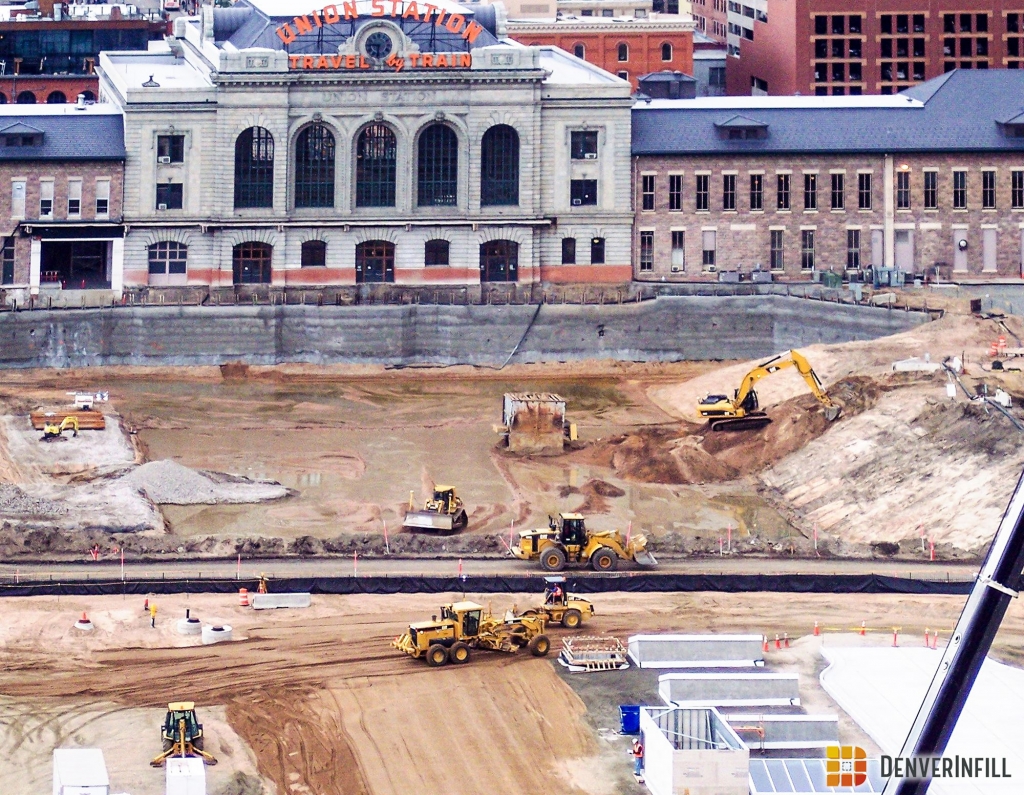 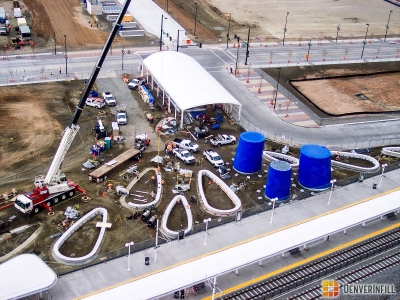