On Wednesday I had the wonderful opportunity to get an insider’s look at the Denver Union Station project. There will be two parts to this tour; the surface and the underground bus terminal. Today we will be focusing on what’s happening on the surface. I would like to thank Hunter Sydnor of Kiewit for the wonderful tour and the vast amount of information about this development.

One of the very exciting elements of this entire development is the commuter rail canopy. Now that the structure for the bus terminal is nearing completion, as far as the surface is concerned, work on the canopy can begin. What we’re looking at in the photos below are the foundations for the trusses and where the canopy is going to be anchored. The trusses for the canopy are being shipped here and then painted in Denver. 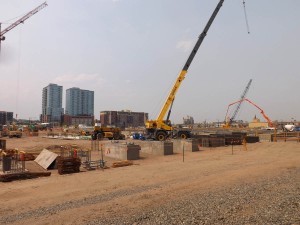 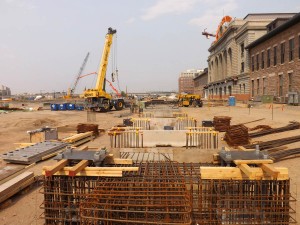 Below you will see another set of foundations being set for the trusses of the canopy. Needless to say, this thing is going to be massive. It stretches all the way down to the very north tip of the historic building and almost an entire city block west. I also took a picture of how large the anchors are going to be for these trusses. Impressive! 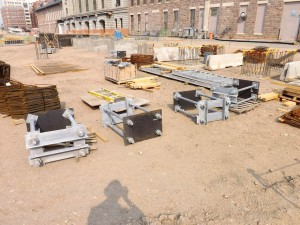 In this picture you can see the bus box is starting to be sealed in. In the next update, we will cover more of the structural elements. Even though this is the second phase of the bus terminal to be built, it is different than the first phase closer to the light rail station due to the future commuter rail tracks above it. 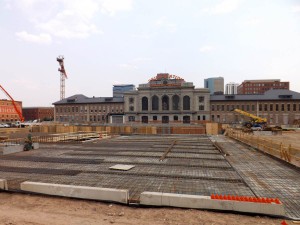 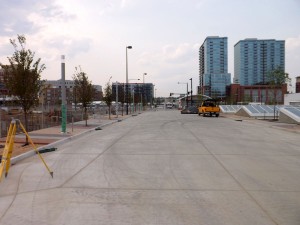 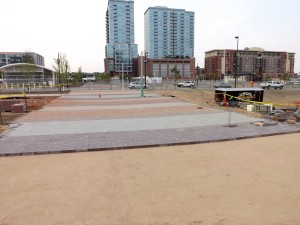 As a little bonus, I was able to get real close to the Cadence site. I asked if it was easy to get along with the private sector developments since there is a lot of different construction projects around this field. The answer was yes. One of the conditions of having so much going on is the site for Cadence is very crowded. There’s not a lot of room around these parcels because of the Union Station Redevelopment. 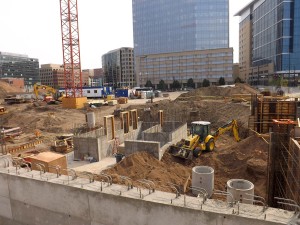 On the next post, we will be going underground and looking at how much is coming along in bus box! It seems like every week there’s something new and exciting happening here!