It’s been a little while since we’ve touched base on the Denver Union Station redevelopment so today let’s take a look around and see what’s happening around here!

Let’s start out with one of the most exciting elements of the entire project: the train shed canopy. The south end of the canopy is beginning to go vertical (which will mimic the north side) and you can see rail platforms beginning to be built as well! If you look carefully in the middle picture, fences have been put up for the 1650 Wewatta tower and a construction trailer is now on site. Awesome! 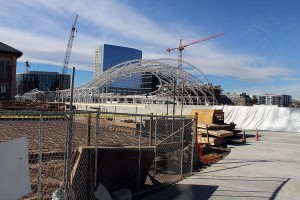 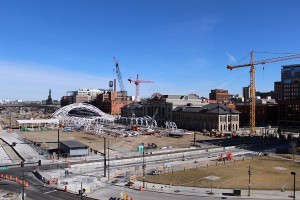 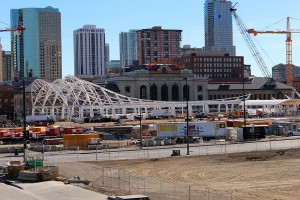 Heading to the front of the station, construction is in full swing for both of the wing buildings. The north wing building has broken street level and we should see this rise quickly. It seemed like a long process to get to this point but that’s because there are underground parking structures to be built. 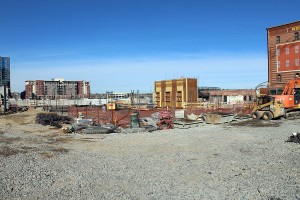 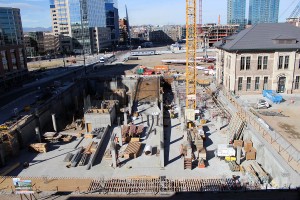 When heading down Chestnut, 17th and 18th Street provide great views of the train canopy as well as the historic station. There will be a pedestrian bridge connecting 18th Street from the Union Station Neighborhood to Lower Downtown over the commuter rail tracks; one of many connections to get to either side. Also, Cadence is making quite the street presence down 17th Street! 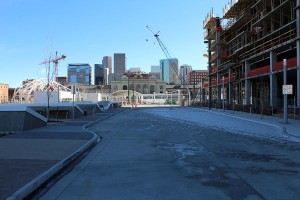 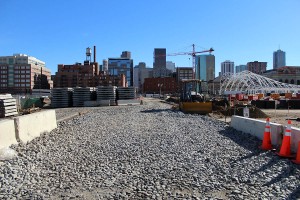 Speaking of bridges, we have two great bridges connecting Central Platte Valley to the Union Station Neighborhood (which also provide great views of the development). Here are the views from both the Millennium Bridge as well as the 18th Street Pedestrian Bridge. Look at all those tower cranes! 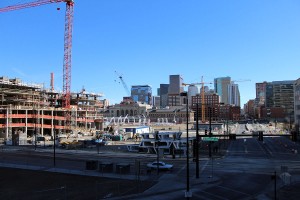 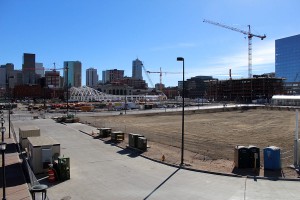 This redevelopment is always quite a sight to see and with two more infill projects starting, it’s starting to become a thrilling reality from what once was a distant vision.