Many of you have been down at Denver Union Station for the opening of the W-Line and probably noticed construction keeps on rolling. This is a very exciting time in this whole redevelopment because we are starting to see everything come together. 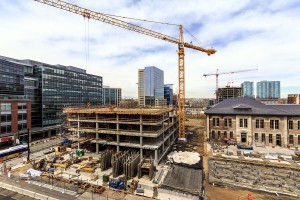 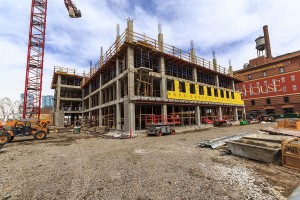 Wynkoop Plaza is also coming along nicely. If you remember Ken’s last Union Station update, these are going to be very impressive fountains which extend the entire length of the south wing of the historic station. 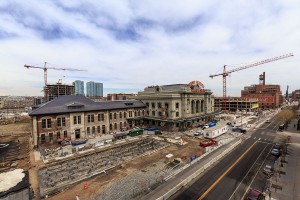 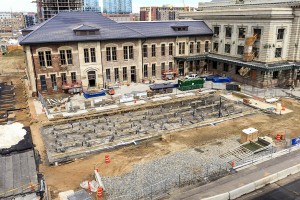 On the north side of the canopy structure, the pedestrian bridge has started to take shape. This is the bridge that will be connected to the north wing building giving you access to the commuter rail platforms and the underground bus facility from Wynkoop Street. 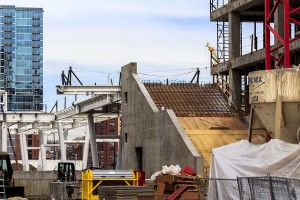 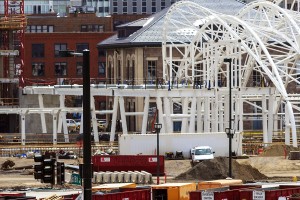 There are three rail platforms that stop short of the canopy. Construction for these platforms has also started. 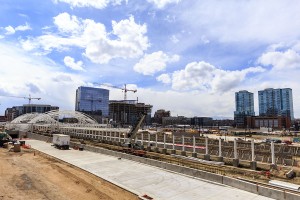 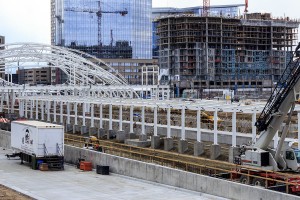 Between the redevelopment of Denver Union Station and all of the private sector development going on, this is quite the site to see! Head down there to check it out and ride the W-Line if you haven’t yet! Also, make sure to keep checking DenverUrbanism for the next few days for some W-Line greatness!