The project includes 29 for-sale row homes at the corner of Clay Street and Frontview Crescent. Here’s a GoogleEarth image where I’ve outlined the site: 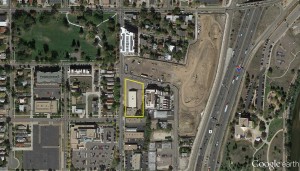 The project’s location puts it within a block or two of many of Jefferson Park’s recent developments, including Element 47 (under construction in the aerial photo) and Frontview 40 to the east, Zocalo Condos and Jefferson Park Townhomes to the west, and RiverClay to the north. All of these new residential developments clustered near the park plus new neighborhood retail (such as the Corner House Restaurant that recently opened at RiverClay) is creating a nice critical mass of higher-density living in the neighborhood. Here’s a site plan: 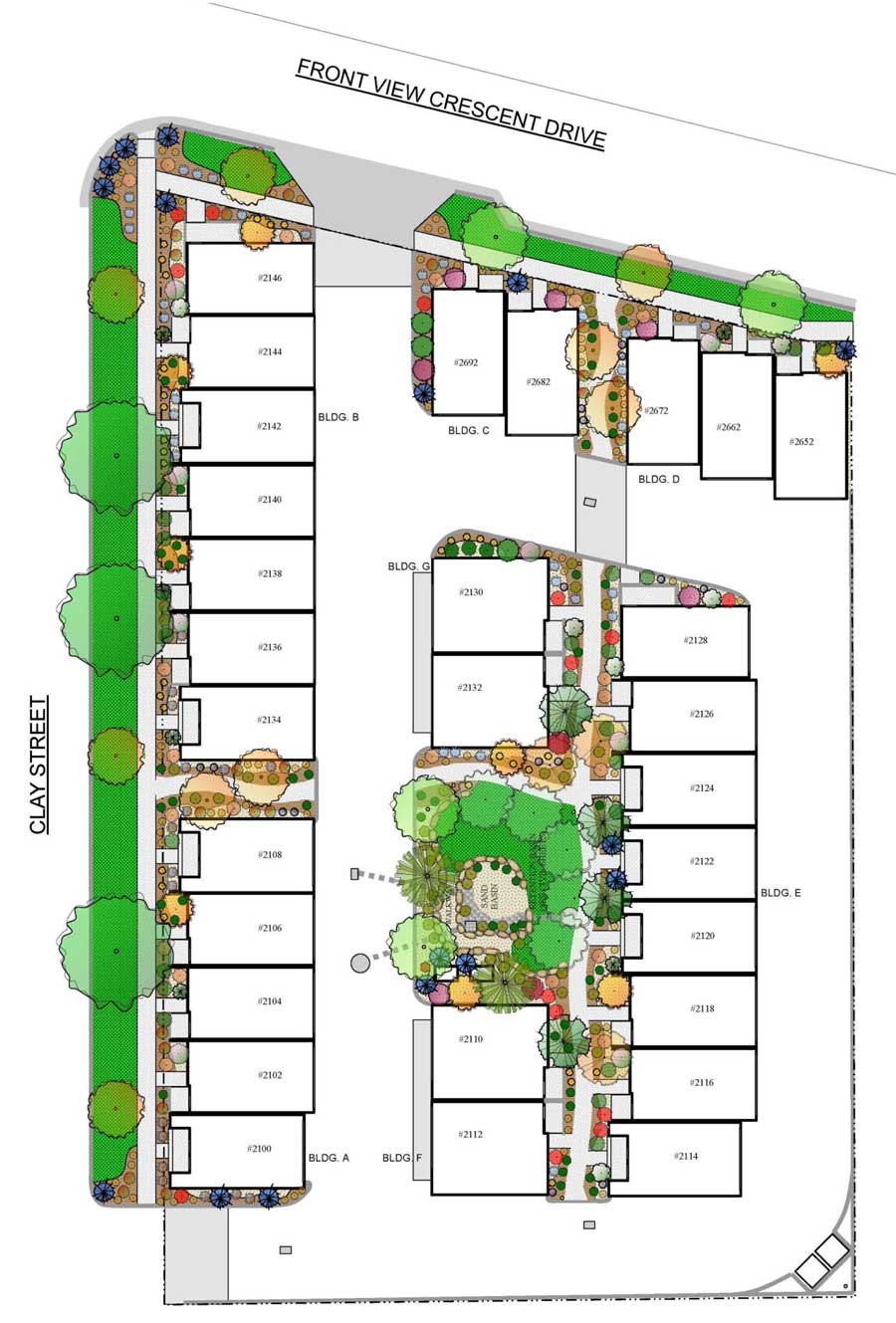 The Row Houses at Jefferson Park (earlier known as Clay Street Village—which is how it appears on my recent Downtown Housing Update post) is being developed by First Western Companies and the project architect is Sprocket. The row homes will range in size from 1,385 to 1,623 square feet and priced from the low- to high-$400s. Here are two renderings showing the project’s location at the corner of Frontview Crescent and Clay and the interior courtyard (all images courtesy of First Western/Sprocket): 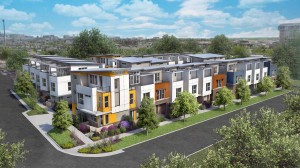 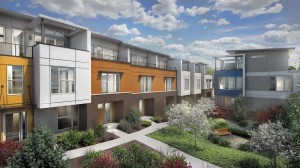 The project should be completed by Spring 2014. For more information, check out their website at: rowhousesatjp.com.