Our last three Denver Union Station update posts have looked at what’s happening on the downtown side of the project along Wynkoop Street. Now, let’s check out the progress being made on the Central Platte Valley (northwest) side of the station.

First, the new section of 16th Street between Wynkoop and Wewatta continues to near completion. The roadway is now finished, the landscaped median is in, and trees will soon be planted along the sidewalks. This last block of 16th Street should open in its final configuration soon: 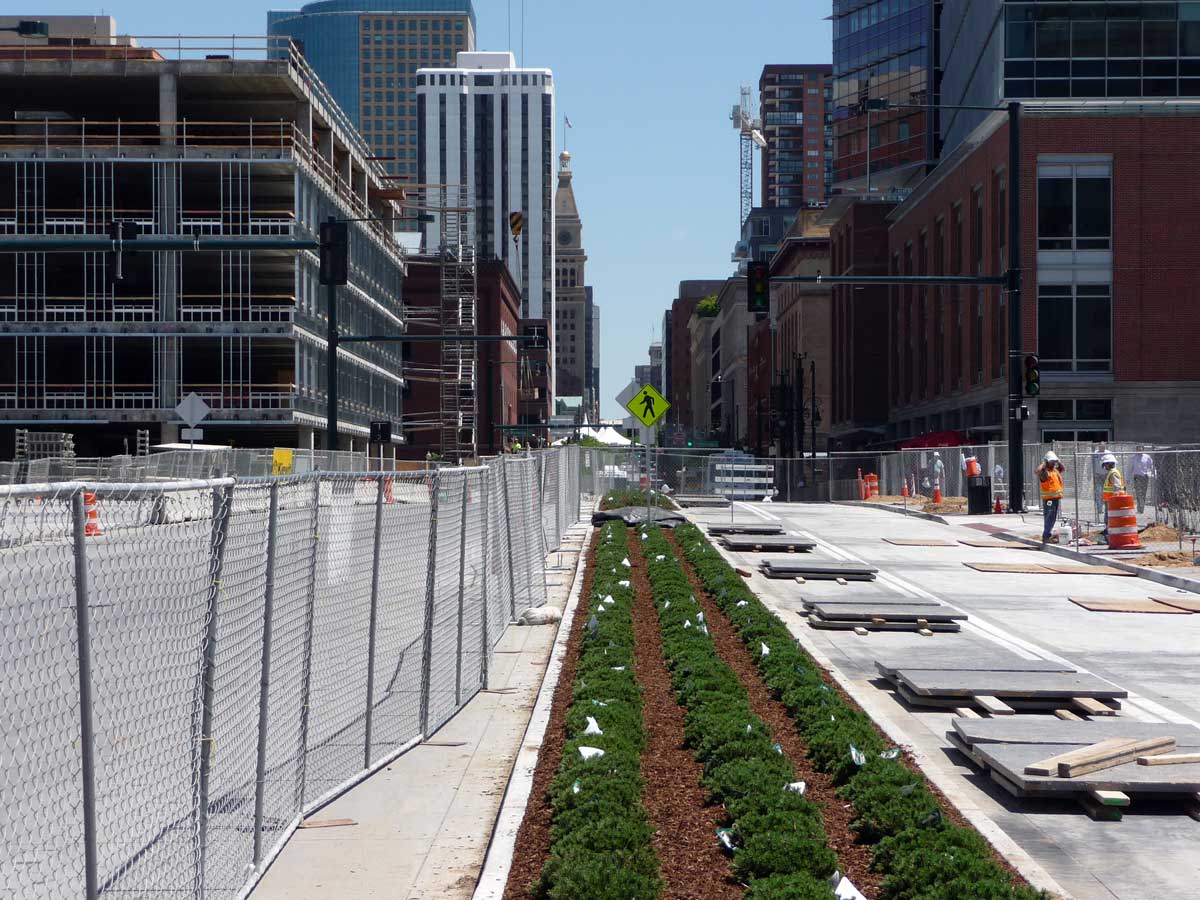 Wewatta Street is now open! It was in September of 2011 when the stretch of Wewatta Street between 16th and 19th was closed and removed to allow for excavation of the southeastern half of the underground bus terminal. Twenty-one months later, it has reopened. The new Wewatta Street still feels pretty construction-y, with lane closures and not many of the sidewalks open yet, given construction of the 13-story Cadence and the 21-story 1650 Wewatta projects (plus the Union Station project itself) along its edges. But, you no longer have to detour to Chestnut Street to cross from 15th to 20th behind Union Station: 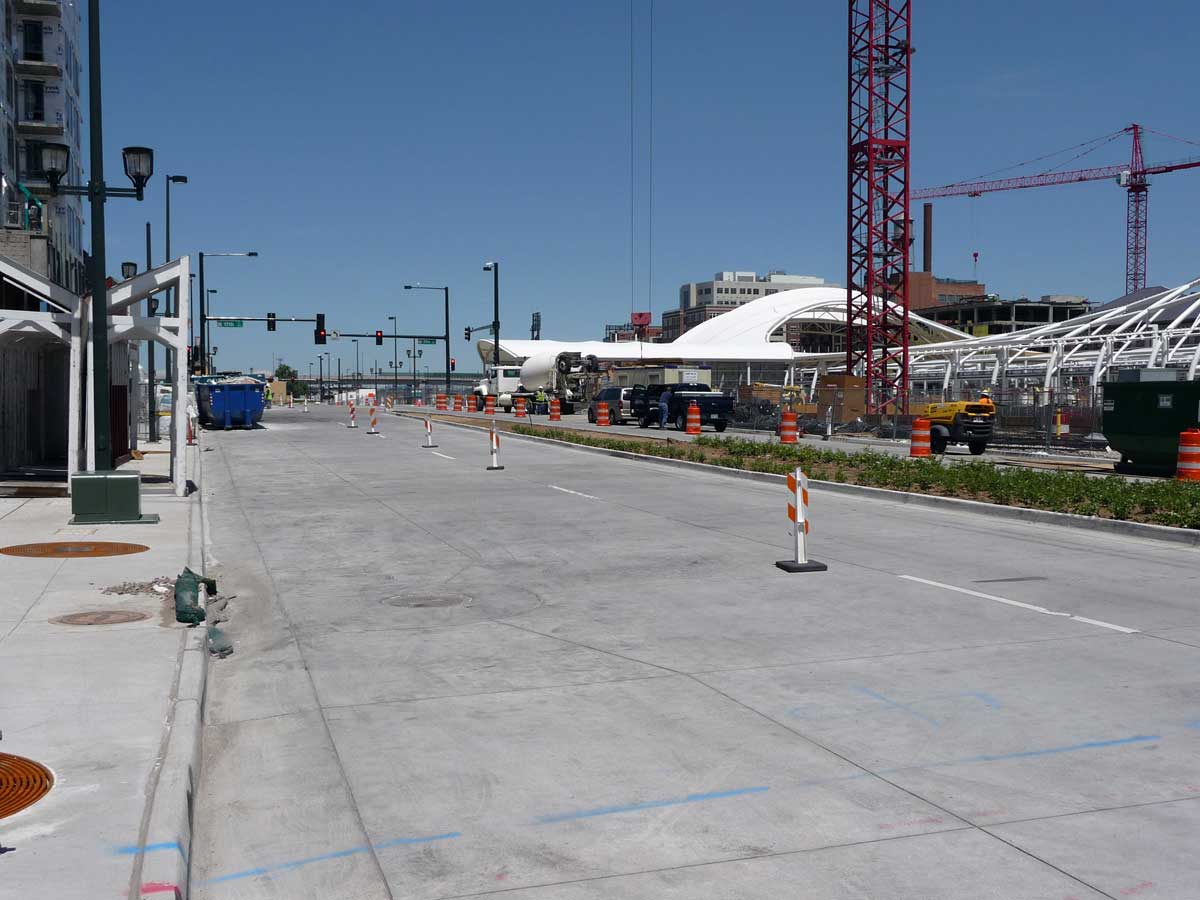 The new Wewatta Street affords you a close-up view of the Wewatta Pavilion (photo above) and the fabric being installed on the dramatic canopy structure surrounding the new commuter rail platforms: 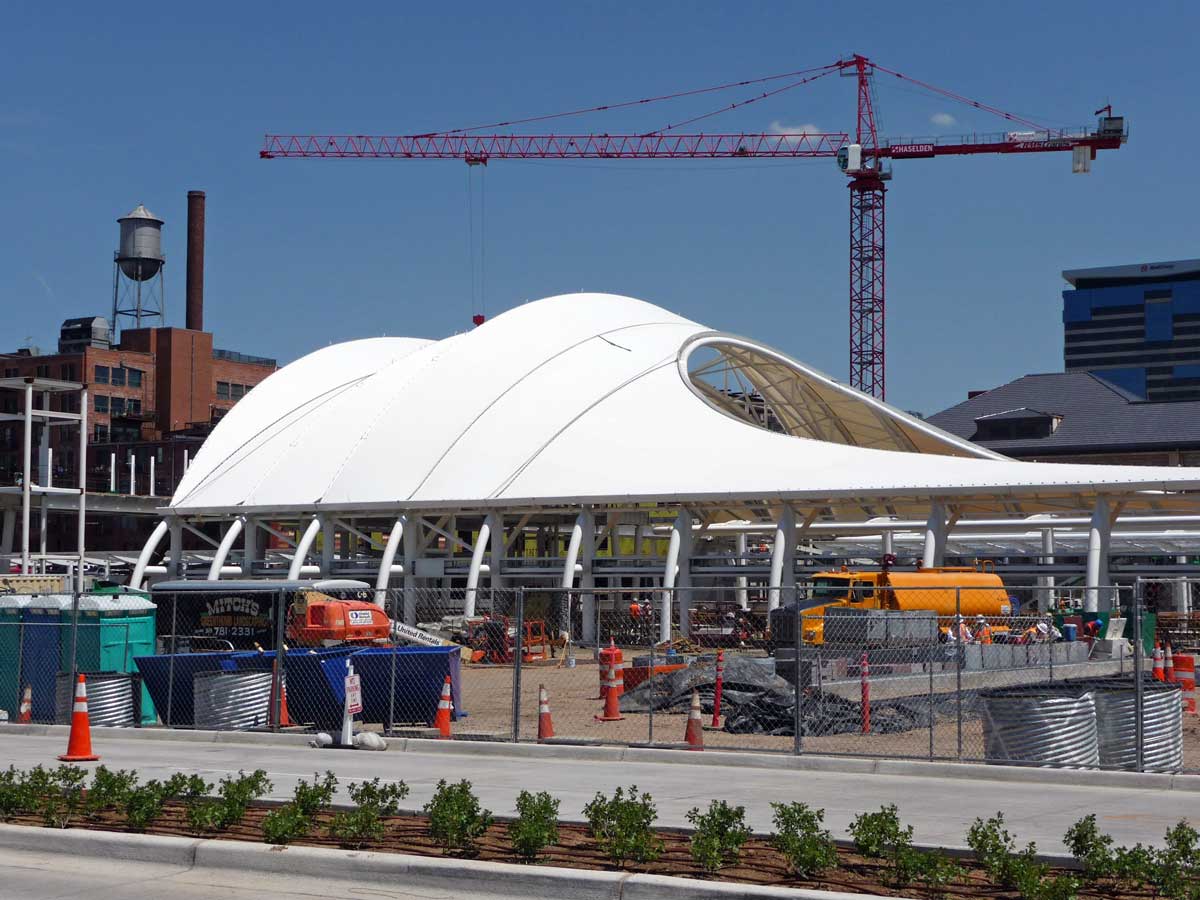 Being able to get physically closer to the canopy structure gives us a better sense of its scale. The photo below shows workers at the northern end of the canopy, where the pedestrian bridge crosses over the platforms: 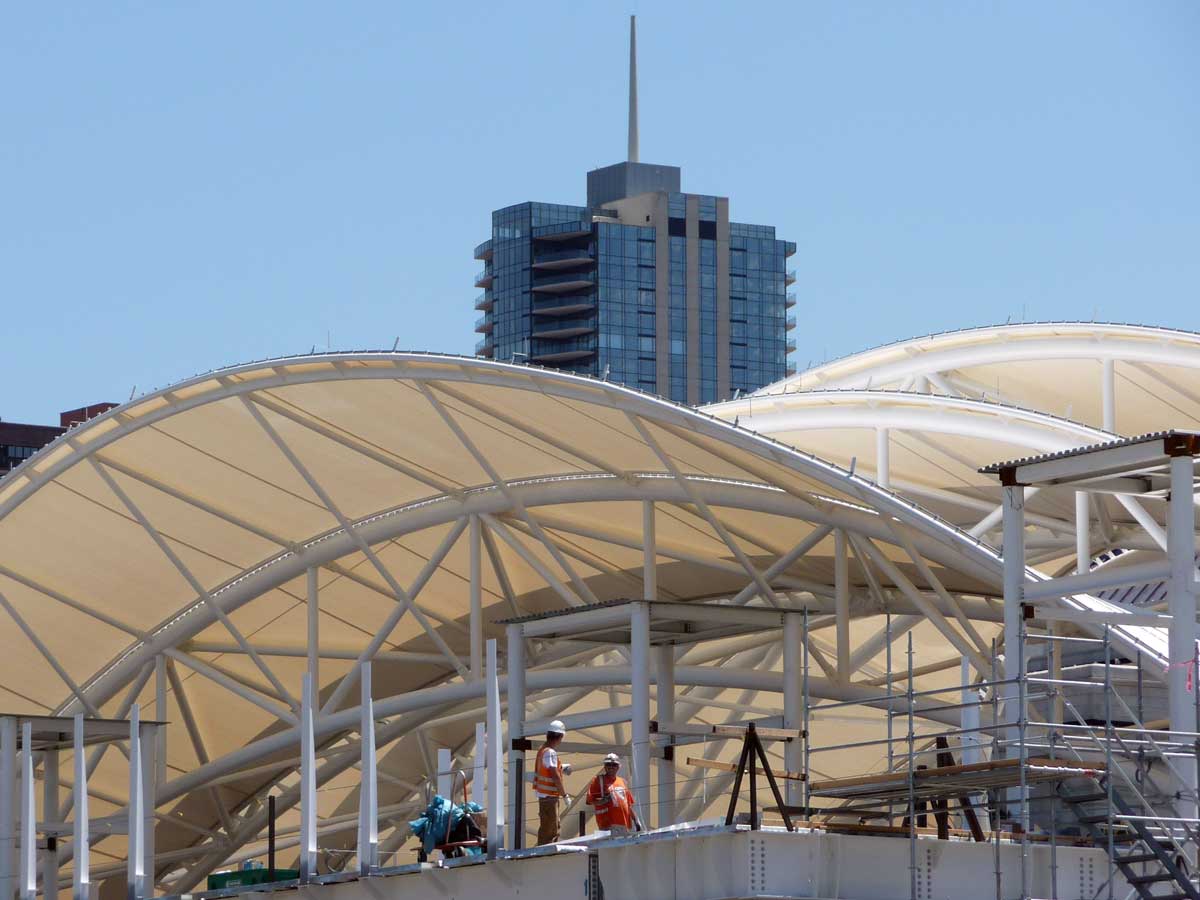 For this post’s high-resolution bonus photo, here’s a shot of the entire pedestrian bridge structure. On the far left edge of the photo, the rust-colored box-like structure is the top of the elevator core located next to the stairwell adjacent to the IMA Financial Center and Wynkoop Plaza (see Update #116). In the center and center-right of the photo are two more (white) box-like structures. Those are the tops of the elevators that will allow you to drop down to the two sets of platforms in the center of the commuter rail station area. Finally, at the far right edge of the photo, another white box-like structure is the elevator core at the end of the bridge that will allow you to drop down to Wewatta Street: 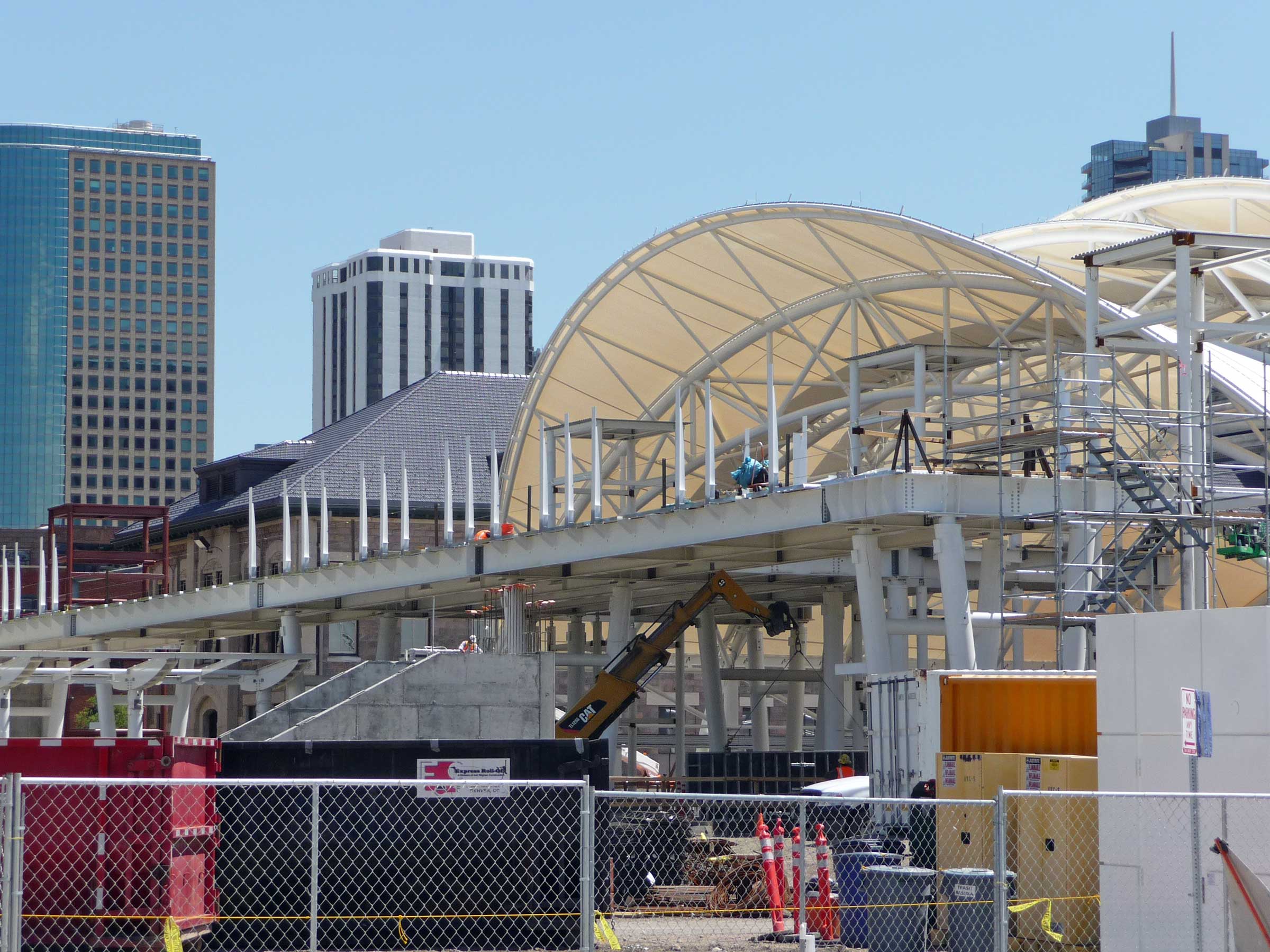 In Update #120, we’ll take a look at the newly opened 17th Street Gardens!