It’s been a while since we’ve done an update on Element 47. A lot of progress has been made on this project and it is beginning to really transform this part of the Jefferson Park neighborhood. Let’s take a look!

Building one, located on West 23rd Avenue and Alcott Street, has topped out and the facade has just started to go up. Remember, there are a total of 5 buildings in this development each rising 4-stories. 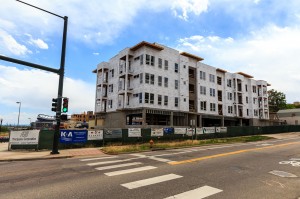 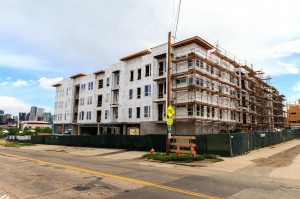 Wood framing has started to go up on buildings two, three, and four which run along Bryant Street / Front View Crescent. Between the five buildings, this centrally located building will contain the club house, pool, and other various amenities. 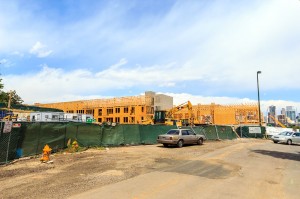 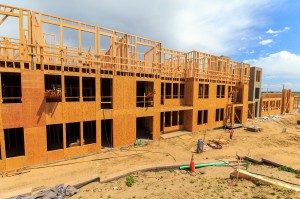 Work has not begun on building five but, given that earth-moving equipment has moved on the site where it will stand, I’m sure we will start seeing this rise soon. It’s hard to miss this project along the pedestrian trail that runs along Interstate 25. The area in front of the buildings, which is technically the back, will be used for parking which will only be visible from the trail and highway. 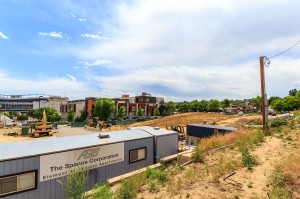 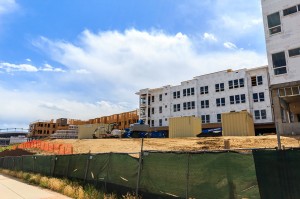 While walking across the 20th Street highway bridge, I noticed that Element 47 is contributing to the street wall along Interstate 25. Here’s a little bonus photo of Element 47 with both the Highland Pedestrian Bridge and the new 15th Street bridge under construction in the foreground! 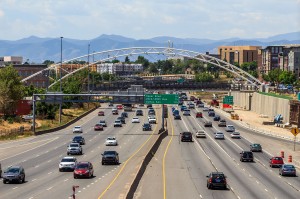 Element 47 will add 265-units to the Jefferson Park neighborhood with 4,000 square feet of retail. Construction is expected to be complete by early next year.