As we near our final update on the Denver Union Station redevelopment, there is one final milestone in the project that has been reached: the historic station is now open to the public! On Saturday July 12th, Union Station had a soft opening, meaning only a portion of the ground floor retail and amenities inside the building are open. The grand opening and block party will be on July 26th!

To sum it up in a few words, the inside of the historic station looks absolutely incredible. Everything from the new benches and couches, to the historically accurate chandeliers, this building has gone through a complete transformation. I encourage you to head to our post from December 2012 to see the before photos! 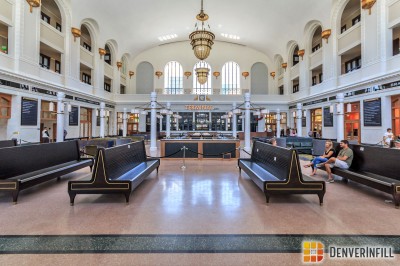 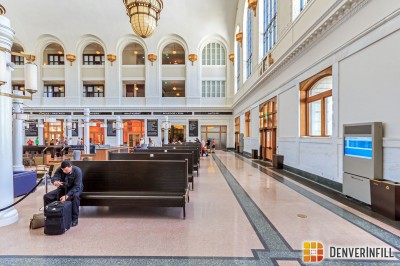 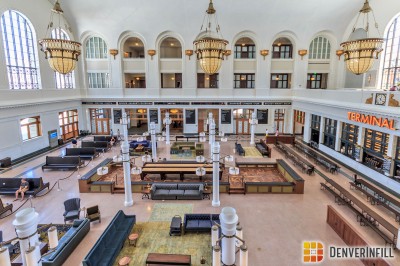 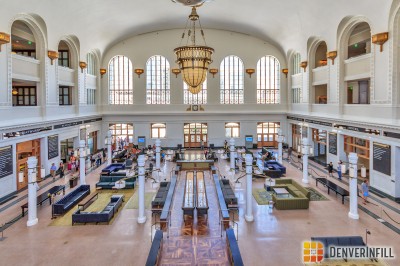 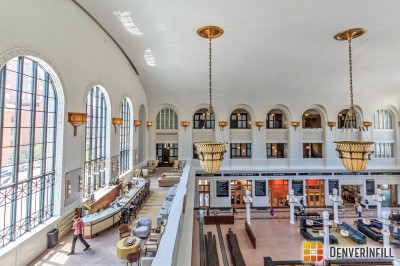 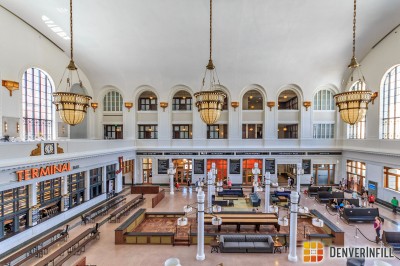 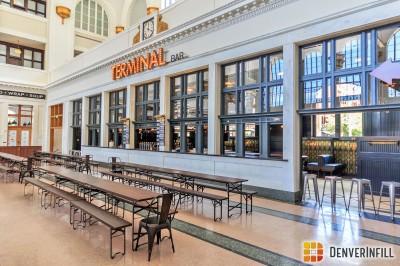 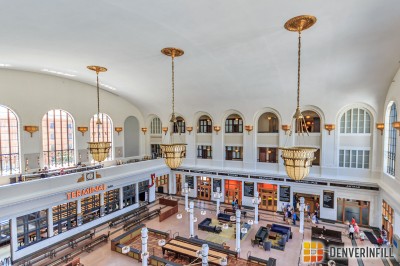 The second level bar will feature multiple couches and chairs along the eastern portion of the mezzanine. Bar seating is also available with a great view of 17th Street! 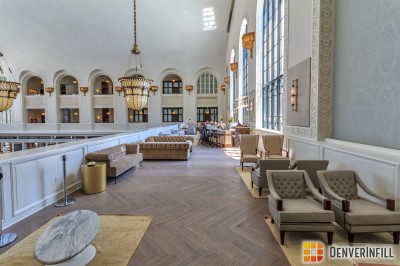 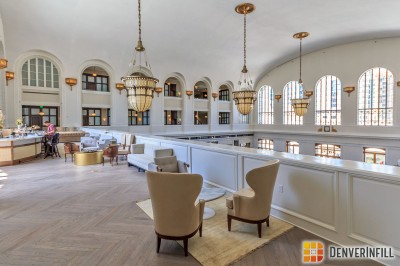 The ground floor retail outside the station is done incredibly well. The patios hug the station closely with entrances scattered throughout the wing buildings. 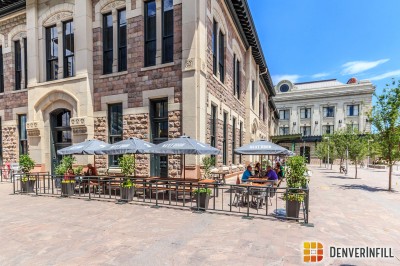 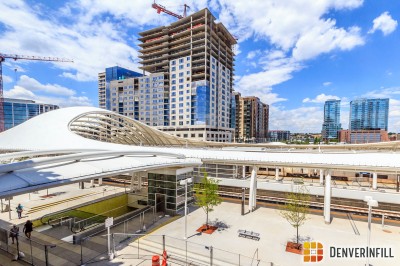 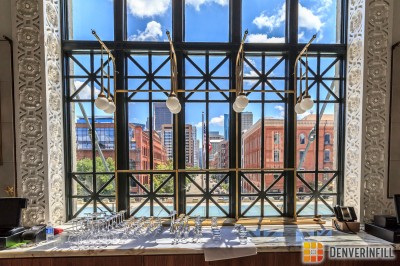 This project will be complete by July 26th! We will see you at the grand opening! As the date nears, we will provide you with more information and details about the event.