It’s hard to believe that we have not posted an update on EnV yet, minus featuring it in the Spring 2014: Downtown Denver Hole-in-the-Ground Census. However, I have a special post to kick off EnV’s first update.

Recently, I have expanded my horizons with photography and decided to take to the skies. Shawn Murry of CloudBase Aerial Imaging was our go-to for aerial perspectives and he has provided us some fantastic photos in the past. We will continue partnering with Shawn and look forward to many more great photos. Not to mention, Shawn has much bigger cameras in the air! Having two eyes in the sky allows us to provide aerial photos more frequently, which is never a bad thing!

Now onto EnV. Since the spring, the building has gone up eight stories and is really starting to have a presence in the Golden Triangle neighborhood. EnV will rise a total of 18-stories, meaning what you see today is just under half the total height. The structure will be concrete with a glass facade. Here are four perspectives of EnV from the air. 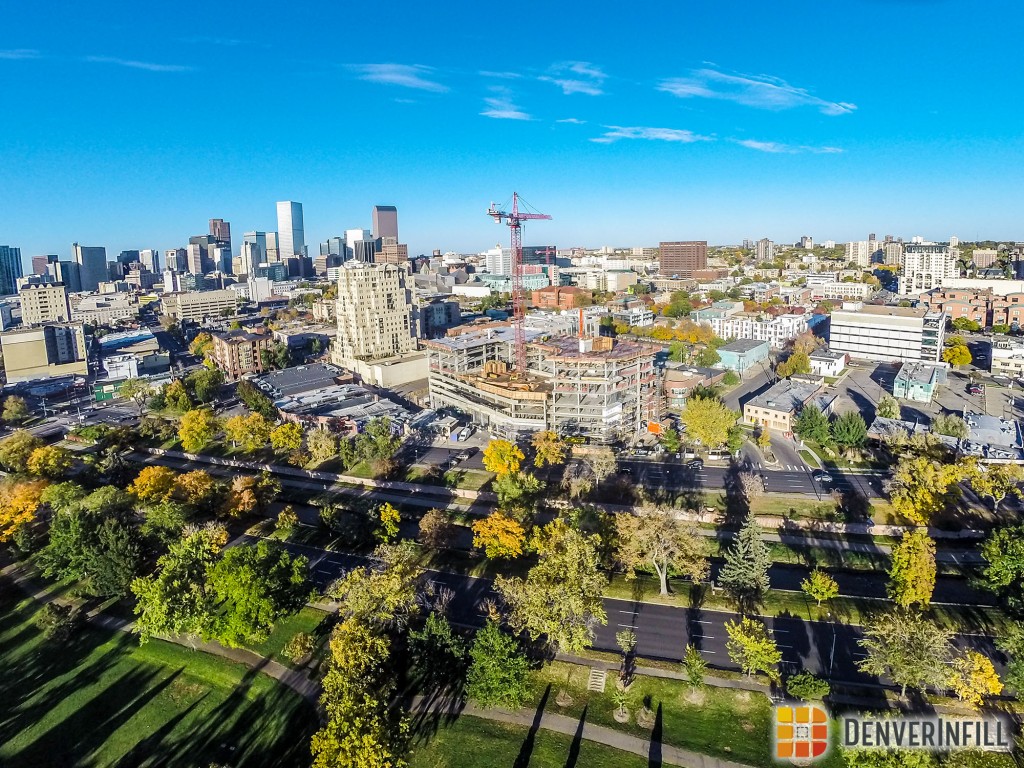 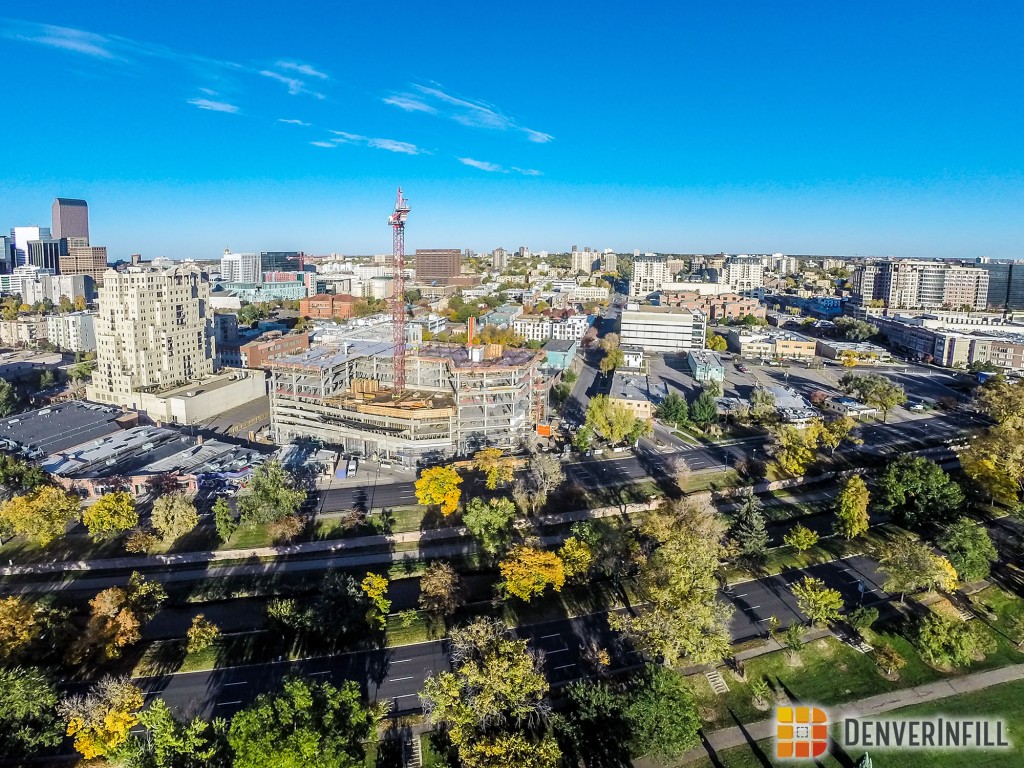 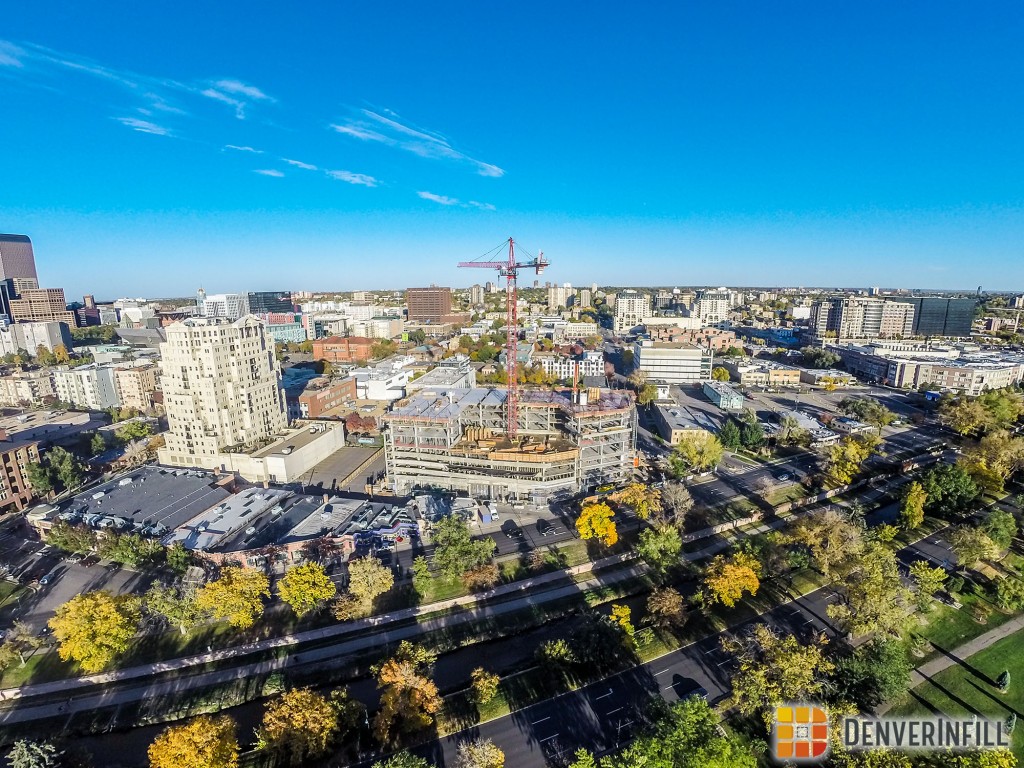 As I have been out practicing and flying around for fun, it is truly amazing what you can capture from a higher prospective. Here are two bonus photos from some recent flights.

EnV still has a long journey ahead but we will be keeping a closer eye on it as it is now rising at a quick pace.